A bride who had to postpone her wedding four times has spoken of her delight after finally tying the knot with her childhood sweetheart.

Ivy and Ryan Buhagiar, who have been together since they were 16, had initially hoped to get married in March 2020.

But two weeks before the wedding, the pandemic hit, resulting in repeated delays to their big day and disappointment and logistical issues for the couple.

The resumption of seated mass events in July meant the couple could finally plan for their September wedding.

“What we learnt is that the wedding day is important and will be remembered forever... but it is not the end destination,” Ivy said.

“The most important thing is that, as a couple, we faced this situation together and took decisions together. It was difficult but it brought us closer.”

The couple, who met at Junior College when they were in the same Systems of Knowledge class, have had a roller-coaster journey since shortly before their initial wedding date, planned for Sunday, March 28, 2020.

“I always wanted a morning wedding and I love March since the weather is perfect,” Ivy said. For two years they planned the day they were to exchange wedding vows – booking the church, venue, catering and sorting everything else that goes with a wedding of 300 guests. This was to be followed by a honeymoon in Scotland.

But on March 12, 2020, the health authorities announced the closing of all non-essential shops and the cancellation of mass events – weddings included.

“The invitations were out. Everything was set. Relatives and close friends had been coming to our house with their gifts,” Ivy said. “We were talking about COVID-19 but it felt really far away. To us it was something happening in other countries. But then it came to Malta.”

As people scrambled to stock up on food and basics ahead of a semi-lockdown, Ivy and Ryan were one of the first couples to have to cancel their wedding.

“The shock was so big that I could not cry,” Ivy said. “I usually cry to express myself. But I was so down I could not.”

The couple decided to postpone the wedding by a year. They felt lucky to have found a slot, at the same venue, Xara Lodge, on Sunday, March 29, just as they wanted.

“We thought COVID-19 would be over by then,” she said.

Meanwhile they made the necessary changes to accommodate health restrictions that were in place. The stand-up event was changed to a seated wedding and the guest list had to be slashed by almost half to abide by social distancing restrictions.

“We had to tell people who we had invited the first time round that they were not invited. Everyone was very understanding,” she said.

The couple were hopeful, but all changed when March approached, and the number of cases spiked to reach over 500. It was déjà vu.

On March 10 this year – the eve of Ivy’s 30th birthday –  Health Minister Chris Fearne called a press conference announcing that the country was entering a second lockdown as it braced itself for the second, and much more deadly, wave of COVID-19.

“I was angry as it was happening again. But I knew it was a dangerous situation and it had to be done. I was worried we would not find a date as all the couples who had to cancel their weddings were booking available dates,” she said. 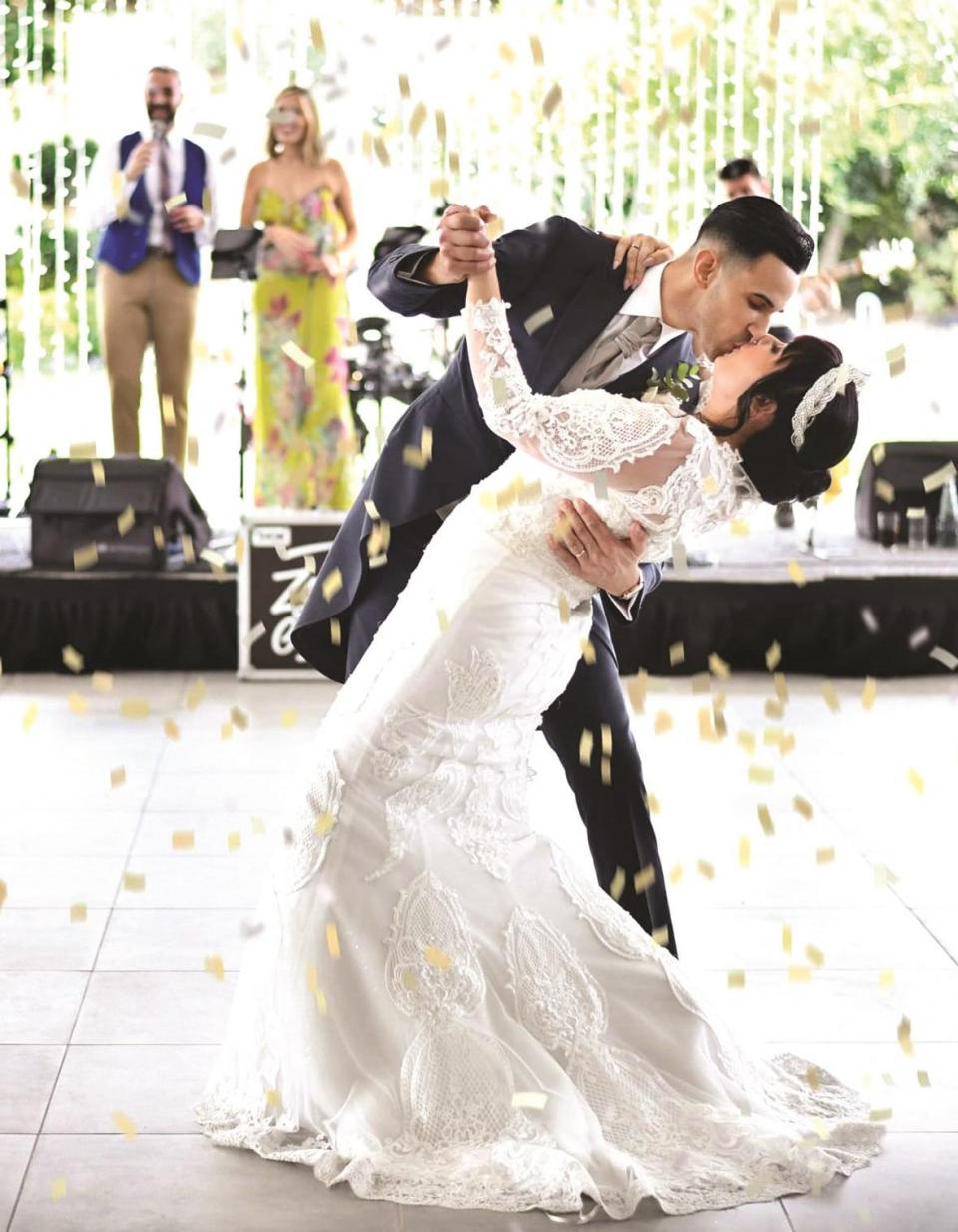 That was the point when the couple decided to just make it happen at the first available occasion.

“We realised that our life was revolving around the wedding and we did not want to continue allowing this,” she said. So, as they kept an eye open for the lifting of restrictions, they pencilled in tentative dates – one in April and another in May – that did not happen.

Then finally they settled on September 26, and the day turned out to be beautiful.

“I had been waiting for so long that on the day I was really relaxed, (even though Ryan was exited I was told).  For me all that mattered was that I was getting married that day,” she said, laughing as she added that they then headed on their honeymoon… to Gozo.