Prime Minister Joseph Muscat said he would rather see foreigners, rather than Maltese, carry out certain non-skilled jobs, such as picking up rubbish or doing manual labour out in the sun.

Dr Muscat made the contentious statement during a televised debate on Thursday night with Opposition leader Adrian Delia ahead of the European Parliament and local elections later this month.

“I want the Maltese youths to get the skilled jobs. If I had to be given a choice, I would want Maltese workers to be managers or doctors. I would want them to move ahead as teachers and then I would get those helping workers in the sun to be foreigners.

“If possible, I do not want the Maltese to be picking up rubbish from the streets. Every job should be dignified but I do not want a situation where the foreigner is comfortable and the Maltese breaking their backs,” Dr Muscat said during the debate on TVM weekly show Extra.

Quick to react to Dr Muscat’s claim, Dr Delia said that this was a “fundamental statement” which translated to “a classist system”. This, he added, was not what the Nationalist Party wanted, insisting that instead it was crucial that the country’s limitations are acknowledged.

A fundamental statement... which translated to a classist system- Adrian Delia

Rebutting claims by the Prime Minister that he was being “inconsistent” in his claims and was attempting to scare people with an influx of foreigners, Dr Delia said he had no problem with anyone settling on the island, as long as the government had a plan on how to handle such a situation.

“No, this is not a contradiction. We have an electoral manifesto and we were very precise on this. We need to be just with those who really do need our protection. But we have to be tough on those who abuse those who are most vulnerable. 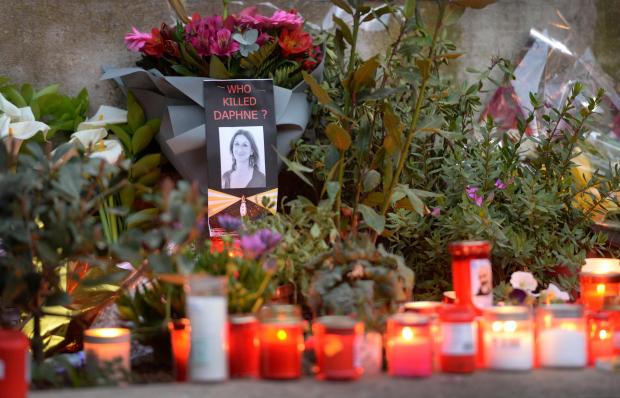 'I'm not against independent murder inquiry'

Moving on to calls for a public and independent inquiry into the murder of journalist Daphne Caruana Galizia, Dr Muscat said he was never against such an inquiry. What he did not want, he claimed, was two inquiries at the same time which could undermine each other.

“We want to get to the bottom of who was behind the murder,” Dr Muscat said.

On this point, Dr Delia quickly fired questions at the Prime Minister, asking him why he had insisted that he would resign if there were any links to the Panama company Egrant but then would not sack his chief of staff Keith Schembri and Tourism Minister Konrad Mizzi, after it was revealed that they had opened secret companies.

Dr Muscat replied: “First of all, there is the will of the people. But then there are the inquiries by Dr Delia’s predecessor that are still under way. I could have come here and listed all the allegations against you, as your predecessor would have done. Now, I expect you use the same scale on yourself."

On traffic issues and solutions to the problem, Dr Delia said a PN government would take measures by not introducing so many new cars on the roads every day, reiterating that the economy cannot continue to be made stronger “by growing the population”.

His party believes modes of mass transport systems were the way forward.

“We will come to a situation where public transport will be free. This is our goal and we will keep our promise on this. The Opposition believes in mass transport systems."

But the prime minister said such a system would necessitate masses of people unless taxes were to be raised.

Asked whether the result of the upcoming elections serves as an electoral test, Dr Delia reiterated that he would continue leading the party no matter the results, insisting he had a duty to the members who trusted him to lead the PN to the next general election.