Mohammed Adam Oga is the sole survivor of an arduous dinghy trip across the Mediterranean attempted by 15 people including a pregnant woman this month. He tells Times of Malta’s Diana Cacciottolo how his companions died every day under the scorching sun, how he desperately tried to attract passing ships and how he believes a miracle saved him.

“There were 15 of us on the boat and I am the only one alive. God sent the Maltese to save me.”

Mohammed Adam Oga is speaking from his hospital bed, where he is being treated for severe dehydration after an ordeal that almost claimed his life.

Earlier this week shocking pictures and video emerged from an Armed Forces of Malta rescue on Monday showing him collapsed over a dead body in a dinghy adrift on the Mediterranean Sea.

He was described as critically ill and taken to safety by helicopter.

Now, attached to a drip in a Mater Dei ward and unable to walk, the 38-year-old begins describing an 11-day journey across a sea that became a graveyard for his fellow passengers including a pregnant woman.

“We had no food. No water. No fuel,” he says, speaking with the help of a translator.

“We stayed 11 days in the sea. We started drinking the sea water. 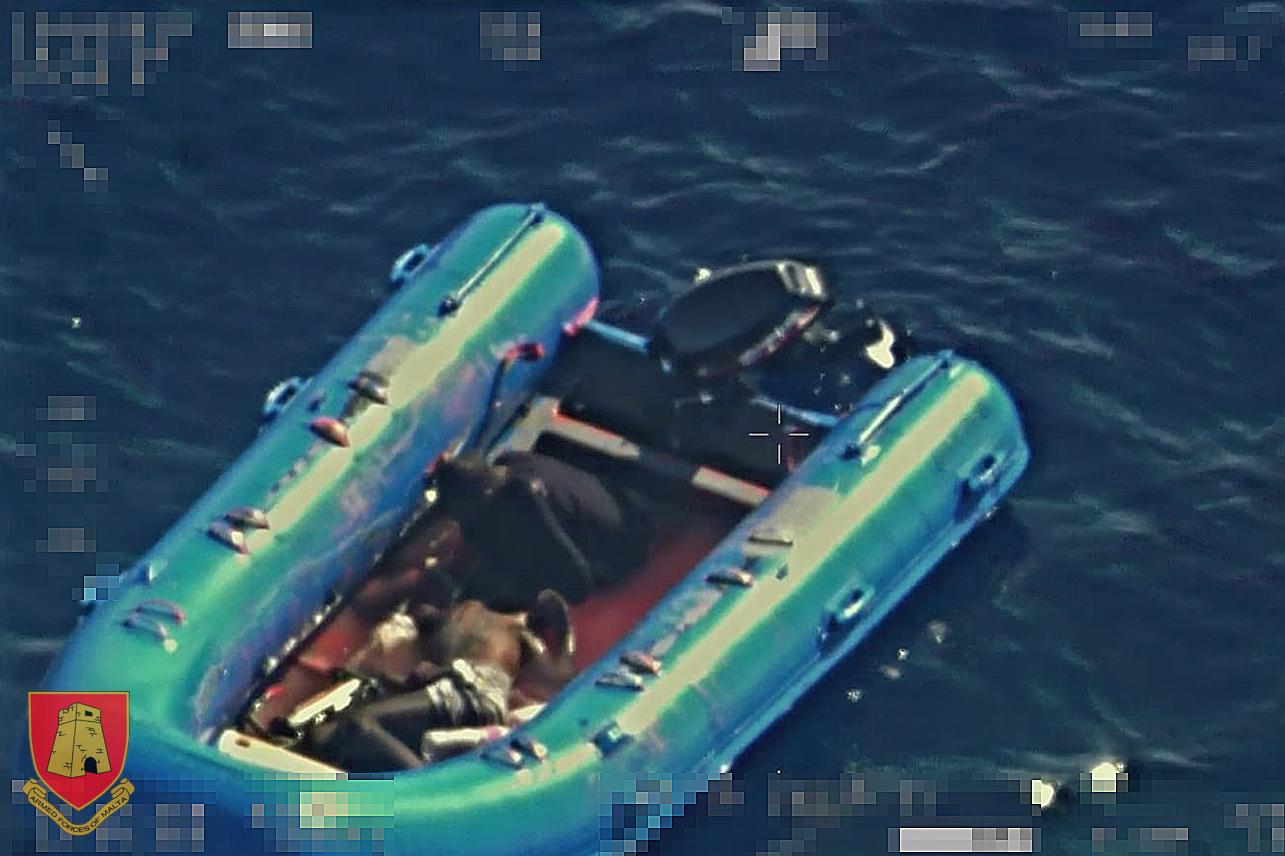 A critically ill Mohammed leans over the dead body of his friend Ismail before the rescue on Monday. Photo: Armed Forces of Malta

Mohammed is one of the many people who have attempted the deadly crossing from Libya to Europe this summer. While they panic in the sea, there's deadlock among EU countries about what to do, with both Malta and Italy recently denying a safe haven to rescue ships.

Originally from Ethiopia, he says he was a politician with the Oromo Liberation Front, which campaigns for independence for the Oromia region and is outlawed by the government. "If I go back to Ethiopia, I will be arrested," he says.

For the past 15 years he has lived in Eritrea and then Sudan, which is in the midst of a political crisis that has led to mass protests and killings. He travelled to Libya after friends in Germany suggested he join them there.

Once in Libya, he met a Somalian called Ismail, and they found a Libyan smuggler who arranged for them to board the boat to Europe.

The group of 15 set out from Libya’s Zawia, a city on the coastline 45km west of Tripoli on August 1.

Their inflatable dinghy first ran out of fuel, then food and then water.

Watch how Mohammed was winched to safety after the boat he was in was spotted by a patrol plane. Video: Frontex

Mohammed says they tried to get help from boats and helicopters that passed by, but nobody stopped.

“We saw many boats. We shouted, ‘Help, Help!' We were waving and they were just passing. A helicopter came and left.”

Mohammed closes his eyes, as if sleeping, to demonstrate how his fellow passengers lost their lives, one by one.

“They died in the boat. It was sunny, hot. No food and no water." He said the pregnant woman and another man were from Ghana, two were from Ethiopia and the rest were from Somalia.

'The bodies were smelling'

Describing a desperate situation, Mohammed says their bodies began to decompose in the heat.

"Ismail said we should put the bodies in the sea. Every day we took the bodies and threw them in the water. The bodies were smelling."

Eventually Mohammed and Ismail were alone on the boat. “Ismail said, ‘Everyone is dead now. Why would we live?'”

At some point he says Ismail became frustrated and told the sole survivor: “Let’s break this and we die together.'

"He threw everything in the sea, phones and GPS. I said, 'If you want to die, die on your own. I don’t want to die.'”

Mohammed describes the last days of his journey as like being in “a dream”.

He was not aware until this interview that his companion, Ismail, had also died.

He does not remember the Armed Forces of Malta helicopter that rescued him on Monday, after a plane from the European Border and Coast Guard Agency, also known as Frontex, spotted the dinghy in the sea and called for help.

But he is grateful to those from the AFM who saved his life.

In this short clip, Mohammed, speaking through an interpreter, thanks Malta for saving him.

He says he hopes to eventually reach the UK.

"If you go to Germany, you have to speak German. I have a little English," he says, before saying the word "simple" in English.

And does he have any regrets about taking the journey?