The European commissioner for home affairs is in Malta for discussions on Tuesday in the latest attempt to agree a deal on how to handle the migration
crisis. Ahead of the mission, Ylva Johansson answered questions from
Jacob Borg about sea rescues, relocations and a secret Libyan deal.

What does this proposed pact on migration involve? What role do you envisage Malta playing?

After the difficulties the EU has had over the past years, there is an increasing recognition of the fact that migration is a European issue. It became obvious during 2015-2016 that uncoordinated national actions are not enough and that we can only find sustainable, workable solutions on the European level.

By looking at migration comprehensively and opening up the discussion to include all aspects, I strive for a balance where every member state wants and feels obliged to contribute to the solution.

I want to restart the debate from scratch and to achieve this, the first task is to reduce the tension. It is not so much about reaching a pact but an understanding between countries with a very different geographical reality.

It is about developing a new European way of managing migration. I must convince the member states to understand the situation of others. And what I have heard so far in my dialogue with governments is that there is a real will to reach a compromise. I am more optimistic than before starting the tour.

We will take the feedback from our extensive consultations on board in formulating our detailed proposal.

Malta has an important role. It is one of the countries of first entry. Malta has been at forefront of both the challenges that asylum application increases has meant, and the possible solutions.

It is also the home of EASO, the European Asylum Support Office, an office that we envisage playing an increasingly significant role.

Will it involve any legally binding mechanisms? If not, what’s to stop any eventual pact fizzling out?

The short answer is yes.  If we are to build a Common European Asylum System, there need to be legislative elements. What remains to be defined is the form which solidarity between member states will take.

What remains the case is that border control and the administrative management of asylum applications creates administrative challenges for countries of first entry.

Therefore, we need to find a balance between solidarity and responsibility that is sustainable, which means also a capability to manage irregular migration in an orderly way. Even though we have strengthened solidarity in the last years, it is clear that the current system still causes administrative strain.

Countries of first entry have appreciated the voluntary offers of relocation from member states and those member states’ efforts should be acknowledged.

Normalising this process is key. So, it is important to emphasise that the commission considers relocation an important part of the European approach to migration and asylum policy. Ideally, each member state would see the collective value in contributing to that system. But of course we are aware that there are different national conditions and perspectives.

Permanent ceasefire needs to be agreed upon and implemented

Malta reached an ad-hoc deal with the Libyan coastguard to intercept migrants headed towards the island and return them to Libya. Has the Maltese government provided any information about this deal to the commission? Does the commission endorse it?

Home Affairs Minister Byron Camilleri has said Malta cannot take in more than what the country can cater for. How will any new pact take into consideration the relatively small size of the country, compared to other EU member states?

The very purpose of my visit to Malta is to discuss the new pact, or agreement on asylum and migration. Specifically, I will be having meetings with Prime Minister Abela and with Minister Camilleri to learn about the Maltese experience.

I am looking forward to listening to the perspective and suggestions of the Maltese government.

Will reform of the Dublin asylum-regulation be discussed? Dublin has been criticised for its disproportionate effect on the country of arrival. What alternatives do you envisage?

Discussions on the new Pact for Migration and Asylum are ongoing.
I have conducted 26 bilateral meetings with member states so far, a number of which were together with commission vice-president Schinas.

In parallel, the vice-president and I have had several exchanges with the European Parliament. The exact content of the new proposal will be decided in light of these discussions and exchanges.

The pact will address European migration policy in a holistic and comprehensive manner, so its scope will be much broader than the seven proposals which cover the Common European Asylum System. The work done by the European Parliament and the Council on these pending legislative proposals on asylum will not be lost and will be fully taken into account.

The EU suspended Operation Sophia last year and now seems more focused on enforcing an arms embargo in Libya than saving lives at sea. Do you believe the EU has a humanitarian duty to people at sea? Are you happy with rescues being effectively outsourced to the NGO sector?

It is, of course, always a priority to save lives. Due to the situation on the ground, Libya is a priority for the EU. The present situation in Libya calls for urgent action.

The Berlin Conference brought a unique momentum into the efforts of getting closer to a political solution. 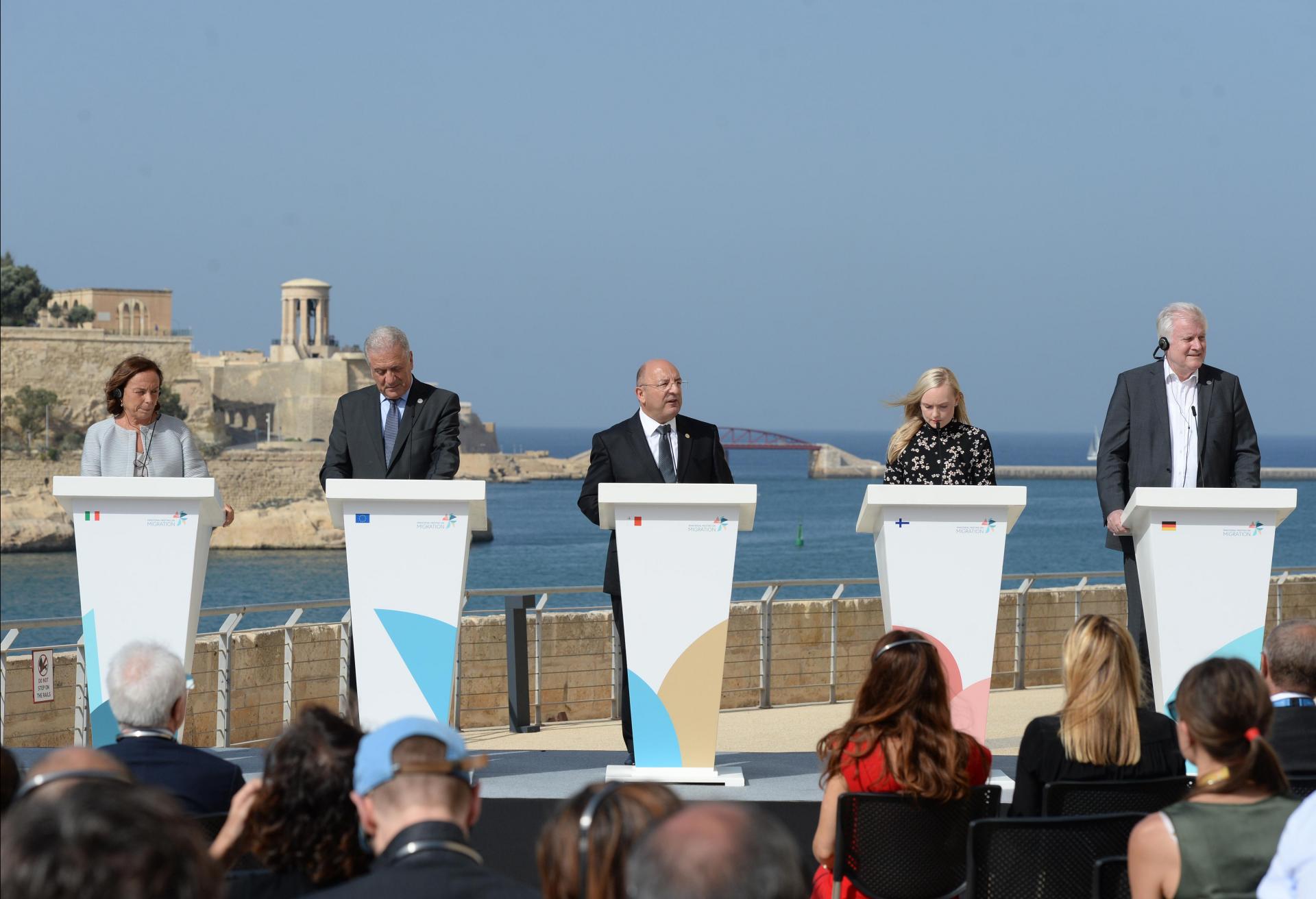 A permanent ceasefire needs to be agreed upon and implemented. The UN arms embargo needs to be effectively enforced. The EU needs to and can play an important role.

How we address search and rescue as the EU, collectively, and individually as member states, and indeed with stake-holders is a big part of our considerations in developing a new European way to manage migration.

The focus of how we are consulting on a new European way of managing migration is to improve the efficiency of the asylum application process, while maintaining standards of fundamental rights.

One of my primary motivations in getting a new proposal on the table is to shorten times. That goes for those granted refugee status and those who should be returned.

The question regarding press access is one for the Maltese authorities who are managing these facilities.

Of course, given my background and the European country I know best, I am in favour of transparency. Understanding and discussing issues helps us overcome them.