When 450 years ago, Malta managed to push the Ottomans into retreat, it was a great victory which we still celebrate today. Yet victory came at a price. Fort St Elmo lay in ruins, as did the other fortifications and houses which had been targeted by the enemy. The land still seeped with the blood of the thousands who had died during the fighting, while many others remained maimed. Moreover, there was always the threat that the Ottomans would return with a bigger army.

Amid this devastation, the eminence of the surviving knights of the Order of St John surged and their fame reached legendary proportions. They received letters of congratulations from all over Europe while generous donations helped them to build the new fortified capital: Valletta. 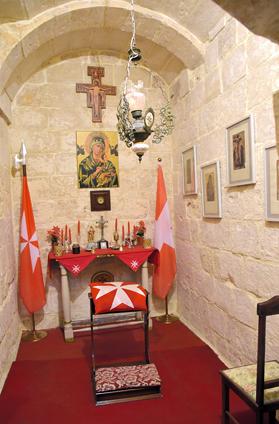 The Knights of St John continued to rule Malta until 1798, when they were ousted by French military general Napoleon Bonaparte.

Although some might believe that today, the Order is just a chapter in Malta’s history, these mythical Hospitallers are still present among us, especially in the architectural riches which they left us.

Since the early years of the Hospitallers’ foundation by Blessed Gerard, the Order protected the faithful and provided aid to the sick and poor. These elements have remained deeply rooted in the mission of the knights who followed throughout the centuries.

“Even today, as knights and dames of the Russian Grand Priory of Malta who form part of the Order of St John of Jerusalem, under the constitution of the late King Peter II of Yugoslavia, we strive to continue to live up to our motto, which is Pro Fide, Pro Utilitate Hominum,” Chev. Saviour Garcia tells me as we stand in front of a large painting of Blessed Gerard at Palazzino Sapienti in Valletta.

“Today, the Order’s mission still incorporates the duty to profess the Christian faith. However, its present members are not fighters but humanitarians who swear to act for the common good of all people without distinction of race or religion.”

Garcia outlines a number of philanthropic projects which the Russian Grand Priory of Malta has been taking care of. Among these he mentions St Joseph’s residential home for children in Żabbar, Dar Nazareth residential home for people with disability in Żejtun, and the construction of a hospital and a hostel in Thailand which caters for the needs of children with AIDS.

“The first investiture and the official institution of the Malta Priory took place on March 8, 1964,” Garcia says. “A few days after, His Majesty King Peter II of Yugoslavia legitimised the Order by giving it a new constitution to meet 20th century demands. Within the first decades of its existence, the Malta Priory made several notable achievements which ultimately led it to be elevated to Grand Priory by Royal Warrant from King Peter II on February 22, 1970. This Royal Warrant gave our Grand Priory the name of Russian Grand Priory of Malta.”

Interestingly, it was the same king who donated the sum of $1,000 in order to open a fund for the purchase of a large house which was expected to serve as the world headquarters of this Order. The choice fell on the prestigious Palazzino Sapienti, located at 223, St Paul Street, Valletta, right opposite the University of Malta Valletta Campus.

On September 12, 1634, a gunpowder magazine located in the vicinity of the palazzino blew up, killing 33 people

An original letter held in the archives of Palazzino Sapienti that was sent to Czar Paul I by Grand Master Hompesch in 1797, indicates that at the time, the Russians had an interest to involve themselves in the Order. That is why, after the Knights of St John were expelled from Malta, some of them opted to find refuge in St Petersburg, where they elected the Russian Emperor, Paul I, as their Grand Master, thereby replacing Ferdinand von Hompesch who was then held in disgrace and had to abdicate in 1799.

Prior to its present distinguished function, Palazzino Sapienti had its fair share of interesting history.

“While researching the origins of this building, I discovered that its construction was commissioned in the late 16th century by the English Grand Prior of the Order of St John, Sir Richard Shelley,” Garcia says. “However, he did not have the opportunity to enjoy his residence for long, since he got into disagreement with the inquisitor after he failed to present to him his correspondence to the Protestant Queen Elizabeth for censorship, as was the regulation at the time. Soon, matters got worse when Shelley also had a dispute with Grand Master Peter de Monte. In a diplomatic manner, this building was taken away from him after he was offered another property. Instead, Palazzino Sapienti became the residence of Fra Nicolo Sollima, the Collegium Melitense rector,” Garcia says. 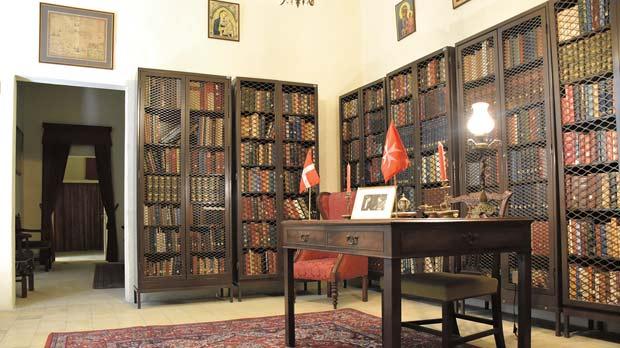 “The facade of the palazzino is imposing, having a main door flanked by two others. The main entrance was decorated by a barrel-vaulted ceiling, typical of the 16th century. Traces of a blocked arch located under the staircase which leads up to the piano nobile indicates that originally, the level of the street was lower than it is today.

“On September 12, 1634, a gunpowder magazine located in the whereabouts of the palazzino blew up, killing 33 people. The devastated site was left abandoned for 30 years until Grand Master Nicholas Cottoner established the Fondazione Cottoner in order to rebuild the houses in Strada San Paolo. The palazzino suffered some cracks in the walls and its glass windows were shattered. Some structural changes were also carried out. However, this structure was never intended to be built higher than two floors, since it would have been higher than the opposite building and would have cast a shadow on the University’s sundial.

“Traces of red paint on the walls show that this building was painted in this colour. Meanwhile, the limestone balcony supports, the internal courtyard and the main staircase were adorned with seashell carvings that represent St John the Baptist, the patron saint of the Order of St John. The seashell is also representative of the water element, in this case creativity and knowledge, as befits the University rector’s house.”

Garcia also recounts some curiosities about the notable tenants who lived here.

“In 1919, the tenant of Palazzino Sapienti was the lawyer Luigi Camilleri, who was later promoted to Chief Justice. On June 7, 1919, Prince Lobanov-Rostovsky and Count Andrey Bobrinsky, both Russian Imperial refugees, were visiting Camilleri at his residence when suddenly the Sette Guigno riots broke out. A large crowd made its way to the Royal Malta University and started to attack it, tearing down the British imperial flag. These two Russian nobles who were witnessing this from the opposite palazzino were scared stiff since the remembrance of the Bolshevik revolution still haunted them. They stayed at the premises until June 12 when they were escorted back to San Anton Palace in Balzan by police superintendent James Frendo Cumbo.

“During World War II, the premises were used by the British Royal Air Force for the decoding of enemy aerial operations. Palazzino Sapienti survived two enemy bombs which were dropped in the vicinity. Yet tragedy still struck when two children, who were attending school in this building after the Valletta school was hit, found their way down a spiral staircase which led to the city’s underground tunnels and got lost there. No one ever found them and these stairs have been blocked ever since.”

Today, this building is also proud to house three saint reliquaries: a first degree bone fragment from the Order’s patron St John the Baptist, and two third degree relics in the form of a throne chair on which St John Paul II sat during one of his visits to Italy, and a hand signed dedication by Blessed Teresa of Calcutta who was also a member of the Order.

“Besides housing the seat of the Order of St John of Jerusalem, Palazzino Sapienti has now opened its doors to the public. Moreover lectures regarding various subjects are organised inside one of its rooms wherein we are also giving the opportunity to university students who would like to present talks about their studies or thesis.”

Certainly, an invitation to such a prestigious architectural and historical gem should not be missed.