Police investigations into the illegal accommodation of 120 foreigners in a cow farm in the limits of Qormi might not result in anyone being arraigned, sources said on Tuesday.

Planning Authority enforcement officers and the police on Monday closed off the farm that was found to be housing about 120 people.

The sources told the Times of Malta that, apart from the fact that the issue was being handled by the planning watchdog, which had already sanctioned the building, the group of immigrants who lived there were insisting they were comfortable and conditions were not inhumane.

This contrasted sharply with what a PA official said during the enforcement action, as well as a Facebook post uploaded by the authority which described the conditions as "inhumane". 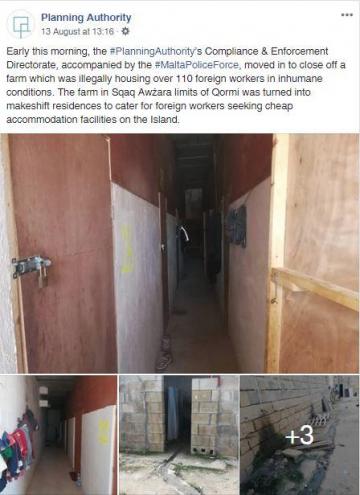 The issue, the sources noted, was sensitive because those who had made the cow farm their home were unlikely to testify since they seemed to have been happy with their living conditions and had moved there voluntarily.

Look at us now, we have nowhere to go and have to sleep outside

They added one should also bear in mind that the people living there were not illegal immigrants but were in possession of residence permits and most had arrived from Italy and, therefore, were “like tourists staying in a cheap place”.

According to Planning Authority official Charles Gafa, who is overseeing the case, living conditions at the farm were appalling, with the immigrants living in former cow stalls that had been subdivided into partitions and crammed with numerous beds.

The open-air “shower cubicles” were full of green mould, with water seeping outside, he said.

Asked whether the police would be pressing charges against anyone in light of the PA’s evaluation of the situation, despite the residents themselves insisting living conditions were acceptable, the sources said it was too early to say. The matter had to be approached “with a lot of caution” not to disrupt the work being carried out by the PA.

Some of the immigrants returned to the farm yesterday to collect belongings they had left behind. They insisted with the Times of Malta that the man renting out the farm was “not bad” and that they were happy living in the cow stalls.

“He is not a bad man. He did not take our money but we paid to stay there. He is not the problem, the system is. Look at us now, we have nowhere to go and have to sleep outside,” one immigrant said, pleading for help.

Another said the place had all they needed, including water and electricity, and was enough of a home for him. He insisted his main concern was sending money back to his family in Italy and he would, therefore, live anywhere.

“I came here to work because there are no jobs in Italy and I have a family to take care of. Now I have no option but to live on the streets or to return there with no job,” another man, carrying a black garbage bag and a suitcase full to the brim, said.

A group of 21 organisations expressed shock and sadness at the discovery of around 120 migrants “living in absolute squalor” in a Qormi farm.

In a joint statement yesterday, the NGOs said there appeared to be “very little acknowledgement” that the migrant labour force formed the backbone of economic growth.

“Without this acknowledgement, there remains very little space for respect, let alone appreciation and inclusion. As a result of Malta’s steady economic growth more and more people, across the socio-economic spectrum, are being forced out by the relentless rise in real estate and rental prices,” the NGOs said.

They added that for an increasing number of people, a month’s salary was not enough to cover a month’s rent. 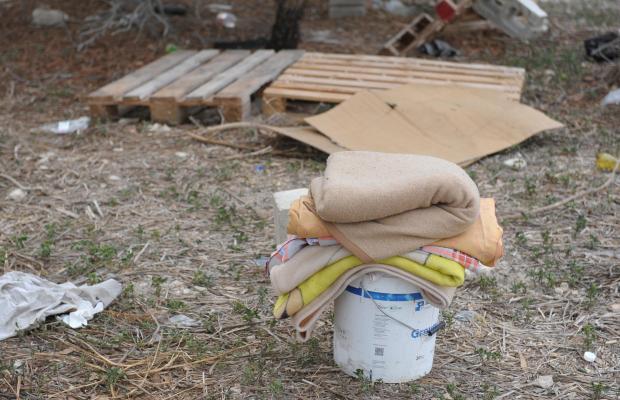 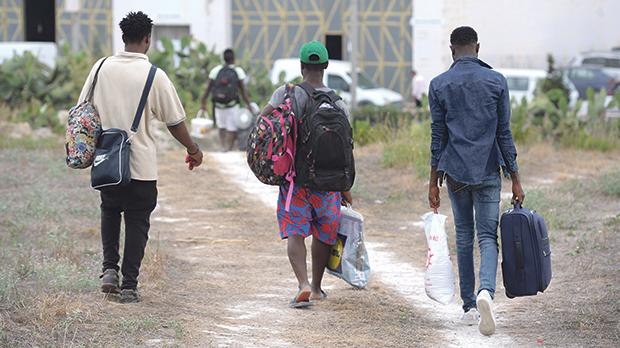 Migrants leaving the cow farm in the limits of Qormi. Photo: Matthew Mirabelli