Dying Planet, currently on display at Spazju Kreattiv, is an exhibition of illustrations and paintings about climate anxiety, depicting a series of allegorical images based on the looming and real effects of climate change and environmental destruction.

Speaking to Times of Malta about her solo exhibition, London-based artist Daniela Attard, better known under the moniker iella, says that Dying Planet has two major series on display, namely Tales from a Dying Planet and Way of Sorrows.

“Tales from a Dying Planet is a collection of illustration pieces that feature different strange beings, birds, plant life and places,” the artist says. 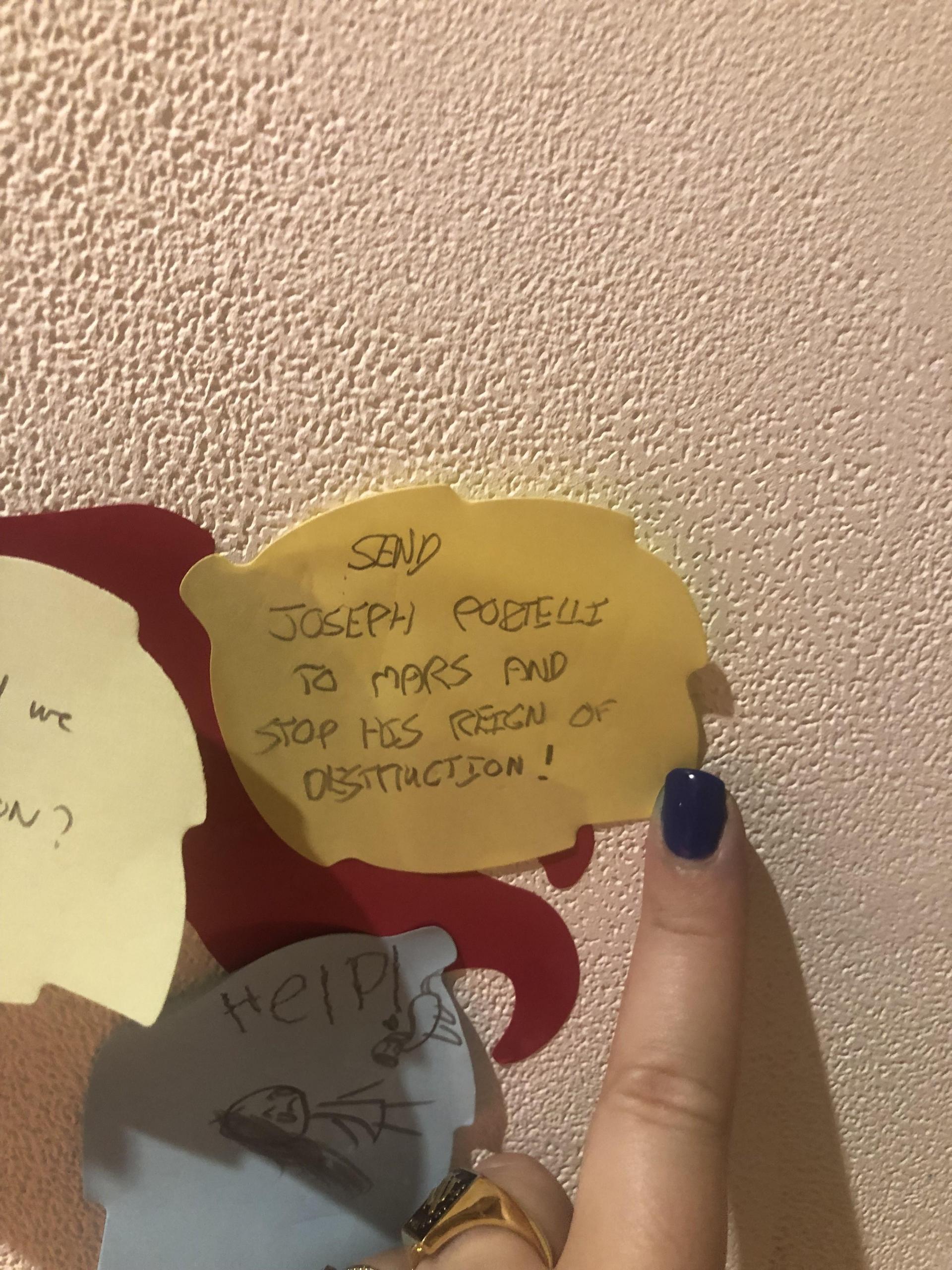 Visitors are encouraged to leave ‘eco-anxieties’ written on the walls.

“Each piece is a standalone story or metaphor – some based on the real effects of climate change such as mass extinctions, disassociated feelings of hopelessness or imagining a world after humans have perished (and sometimes a combination of all).

“My aim when doing work like this is to make viewers think and reinterpret. Do they feel the same way? If not, I hope to make viewers curious about loss, which leads to the next series, Way of Sorrows.”

Speaking about Way of Sorrows, which features Malta’s national dog, the pharaoh hound, Attard says she wanted to use religious references for this series to connect with Malta’s religious majority. 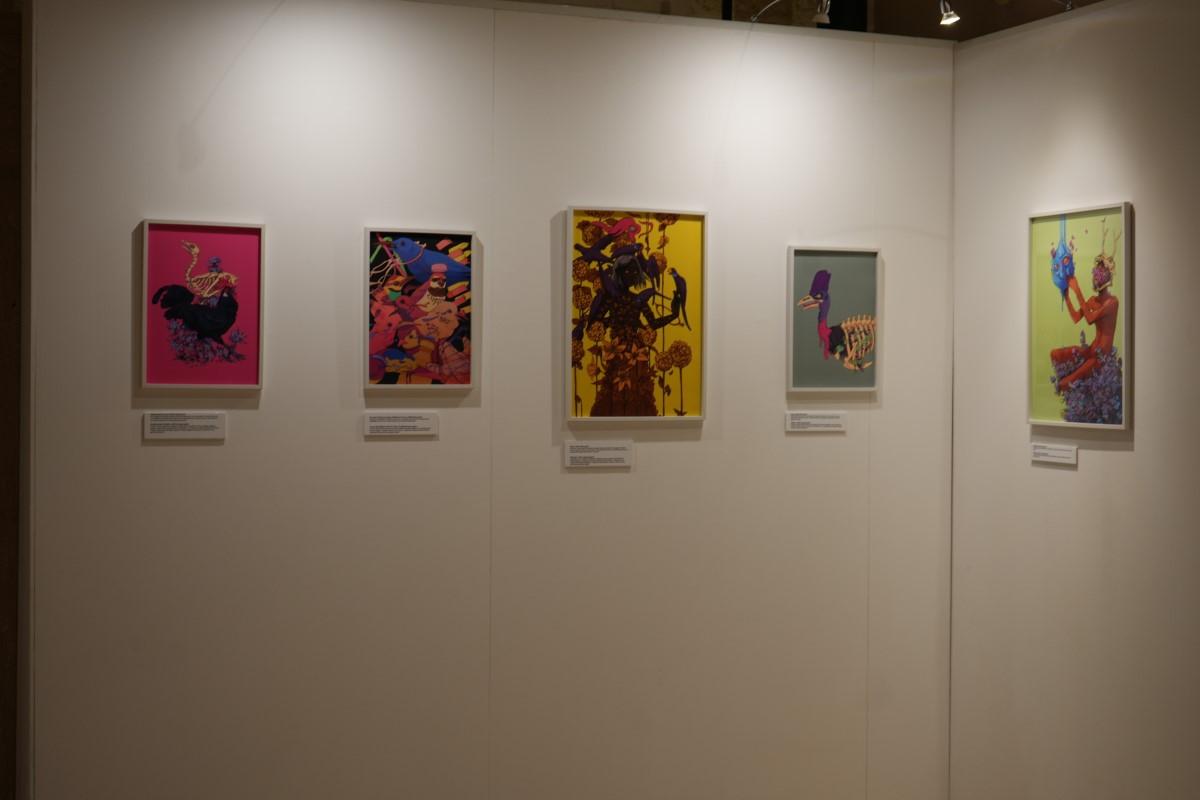 'Tales from a Dying Planet' is a collection of illustration pieces that feature different strange beings.

The series pairs the Catholic Way of Sorrows with 14 paintings of a pharaoh hound in decay experiencing different types of ecosystem collapse (such as flooding, wildfires and plastic contamination).

“At the end of the 14 paintings, there is a public installation piece where flowers and leaves with handwritten eco-anxieties are added to the same hound’s skeleton in a process called ‘rewilding’,” she explains.

We accept to allow degradation

“This intentionally represents rebirth (tying it to Christ) and how we can grow and optimistically change our course of nature by working together via our fears and dreams. It also connects the two main series on display, as most of my work features heavy floral outbursts.”

The pharaoh hound is among the more prominent allegorical features of the exhibition, here symbolising Malta’s ethos. 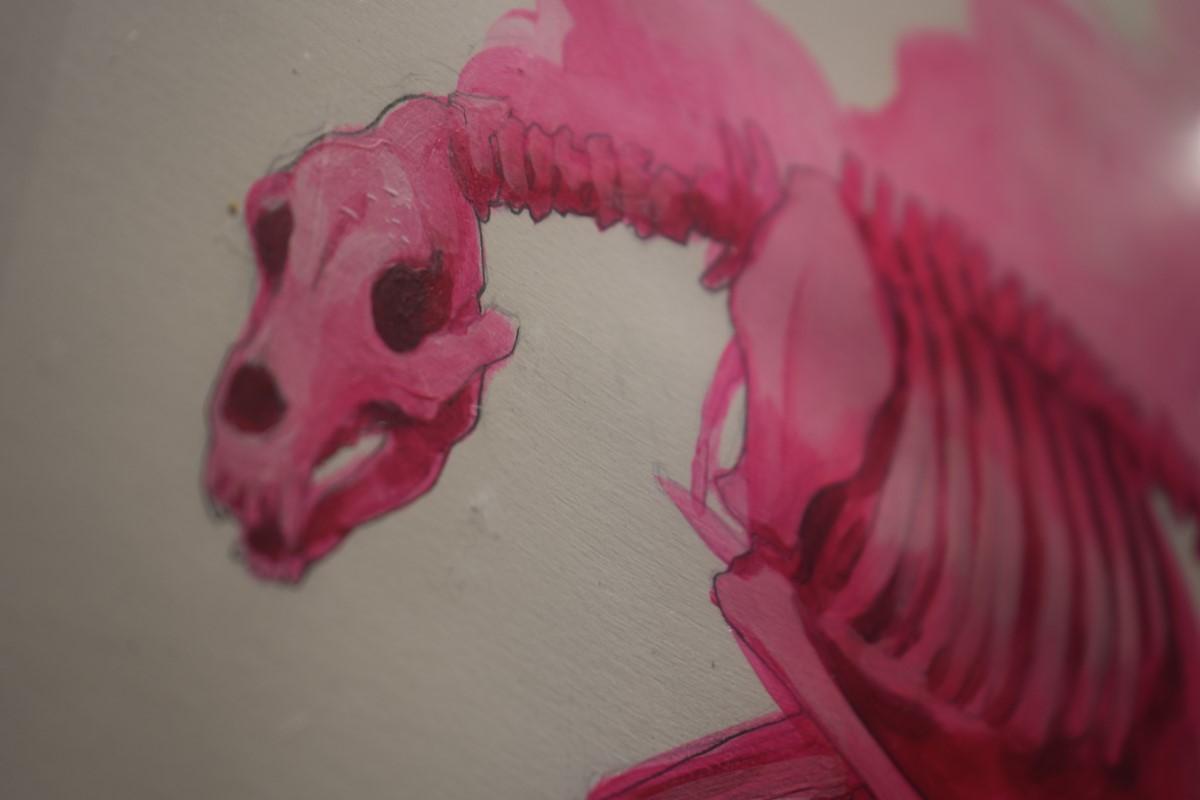 A detail a decaying pharaoh hound from the 'Way of Sorrows' series by Daniela Attard (iella).

“I started using our national dog early in my illustration career,” Attard says. “However, it was around 2016 that I began to draw the hound in various states of decay.”

Describing pharaoh hounds as striking, sleek and energetic dogs, Attard says she connected them with a post-colonial young nation of the Republic of Malta.

“Because I left Malta in 2012, I see significant changes every time I visit briefly. Giant concrete towers sprung up, dust everywhere, chemicals polluting our soils and sea, corruption and disrespect for our natural environment. 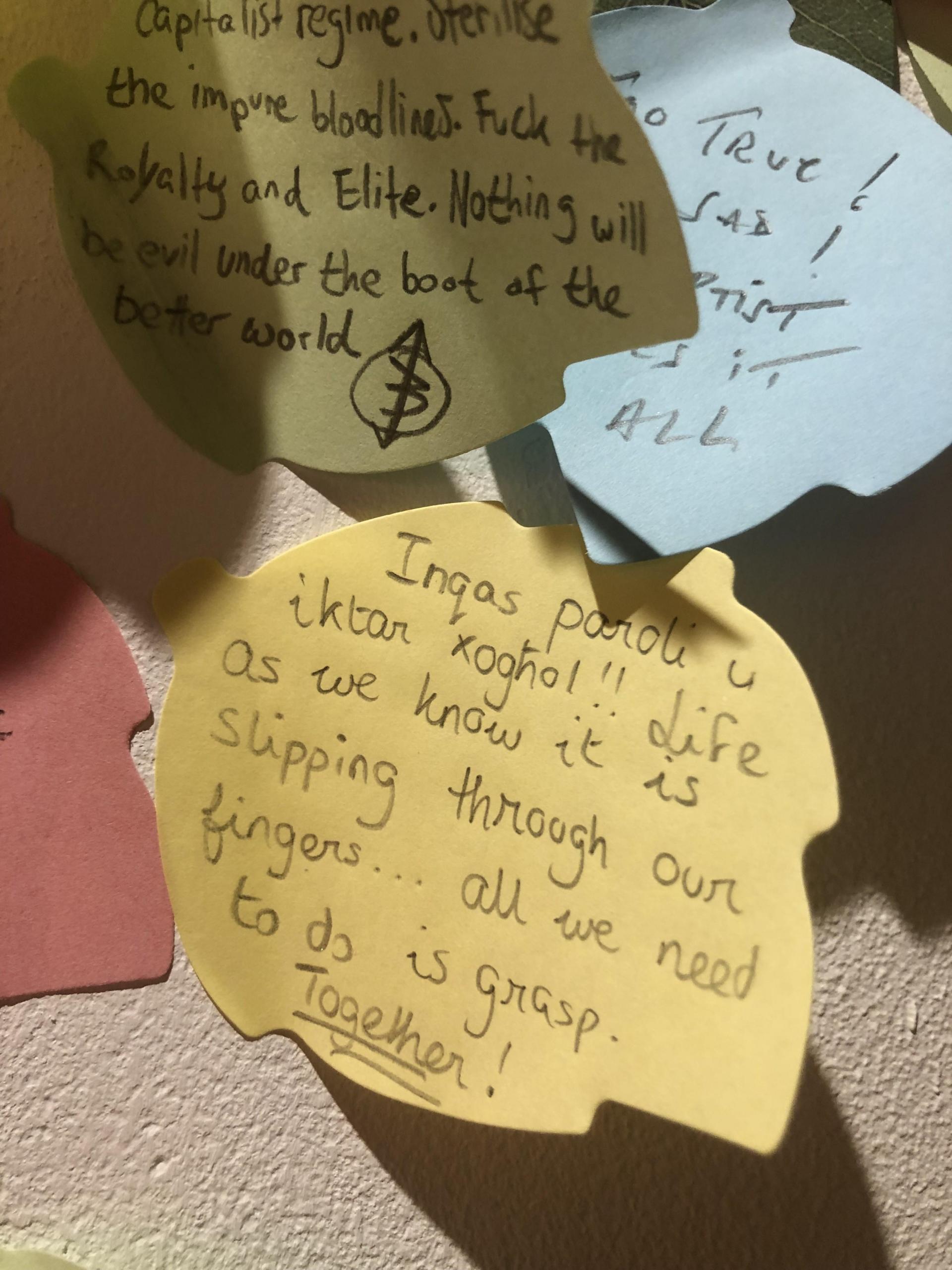 Visitors are encouraged to leave messages on the walls.

“We have the gift of a beautiful Mediterranean island, but, for some reason, we choose or apathetically accept to allow degradation. For this reason, my personal allegory for Malta – the pharaoh hound – has been allowed to decay to the point where almost nothing but skeletal bone remains. Part of me wants to shock the viewer into feeling sad or disturbed by the imagery.”

Despite being known especially for her illustrations, this exhibition marks a return to traditional painting for the artist.

“I love digital painting and illustration, but I also think we need traditional painting now more than ever.

“The advent of AI art is both a blessing and a curse. Returning to traditional roots while embracing change is a good balance point to remind people that AI can be useful for commercial work, but which still can’t fully comprehend human suffering, anxieties, joy and other emotions from which we make art.”

Dying Planet is showing at Spazju Kreattiv till October 9.