Maltese actors are turning the tables on a newspaper accusing actress Pia Zammit of being a Nazi sympathiser over a role in a decade-old play, humorously ‘outing’ themselves as characters they’ve played.

Using the hashtag #imanactor, performers shared dozens of images of themselves in character as anything from witches and vampires to nuns and clowns, highlighting the difference between actor and character and hitting back at what they say is an attempt at harassment and intimidation.

It comes after It-Torċa ran an article featuring an anonymous “educator” expressing offence at a photo of Ms Zammit, also an Occupy Justice activist, holding swastika patches while backstage during a production of the stage version of the classic British sitcom 'Allo 'Allo!  at the Manoel Theatre in 2009.

The show is set in Nazi-occupied France during World War II. Ms Zammit played Michelle Dubois, a member of the French resistance.

It-Torċa also ran several other articles based on the same photo.

Ms Zammit kicked off the #imanactor trend with photos of herself in character as an Anatevka villager in Fiddler on the Roof and a fridge in a Christmas pantomime.

She also posted a statement on Facebook in which she accused the newspaper of bullying and targeting private individuals to stop them from speaking their minds. 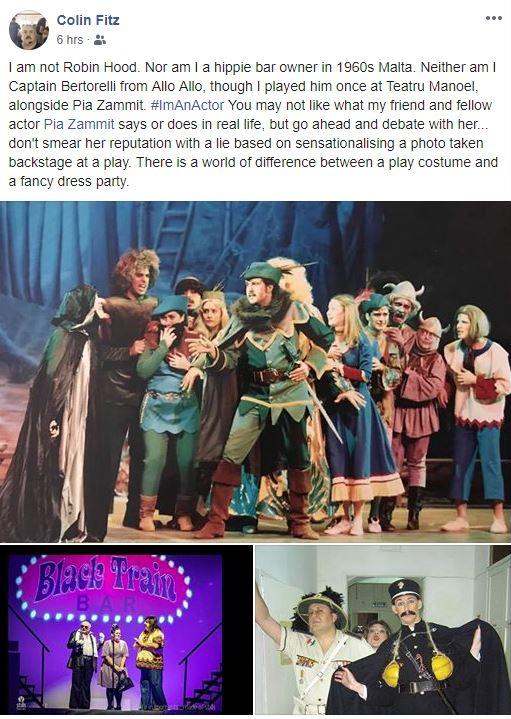 “This is censorship. This is what stomping on our freedom of speech also looks like - it doesn't always include physical violence,” Ms Zammit said.

“We are truly living in Bizarro-Land when harassment like this is accepted. Actors are being accused of actually being the parts that they play, and being publicly shamed for being actors.”

Unifaun Theatre artistic director Adrian Buckle, whose banned play Stitching and subsequent court challenge led to the end of the theatre censorship system in Malta, also hit out at the newspaper report.

"'Allo 'Allo! was staged right after when Stitching was meant to take place," he said. "So much for the end of censorship."

Former Arts Council Malta director of strategy Toni Attard said: "It-Torċa’s attack on Pia Zammit is a form of bullying built on a narrative that propagates fake news and tries to scare artists from being activists." 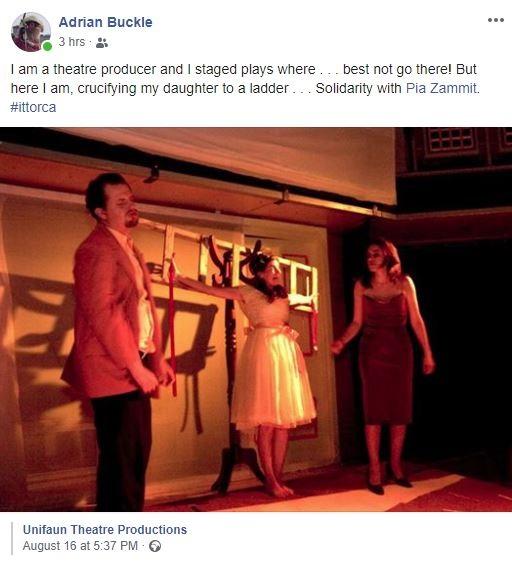