Parts of a building intended to host male asylum seekers who test positive for COVID-19 are in a run-down state, with mould-infested walls and filthy toilets leaving patients “cold, dirty and depressed”.

Photos of bathrooms and dormitories at Ħal Far indicate that it is in a dire state of disrepair, just nine months after it was re-purposed to serve as a COVID-19 isolation unit.

The photos were taken in late January and given to Times of Malta by a source in Malta’s detention service, who was compelled to share them to “show people what it’s like to be stuck in the detention services system in Malta”.

They were taken after a visit by a Council of Europe delegation in September, which released a report last week saying migrants were being held in “inhumane and degrading” conditions and their medical records were “empty”. 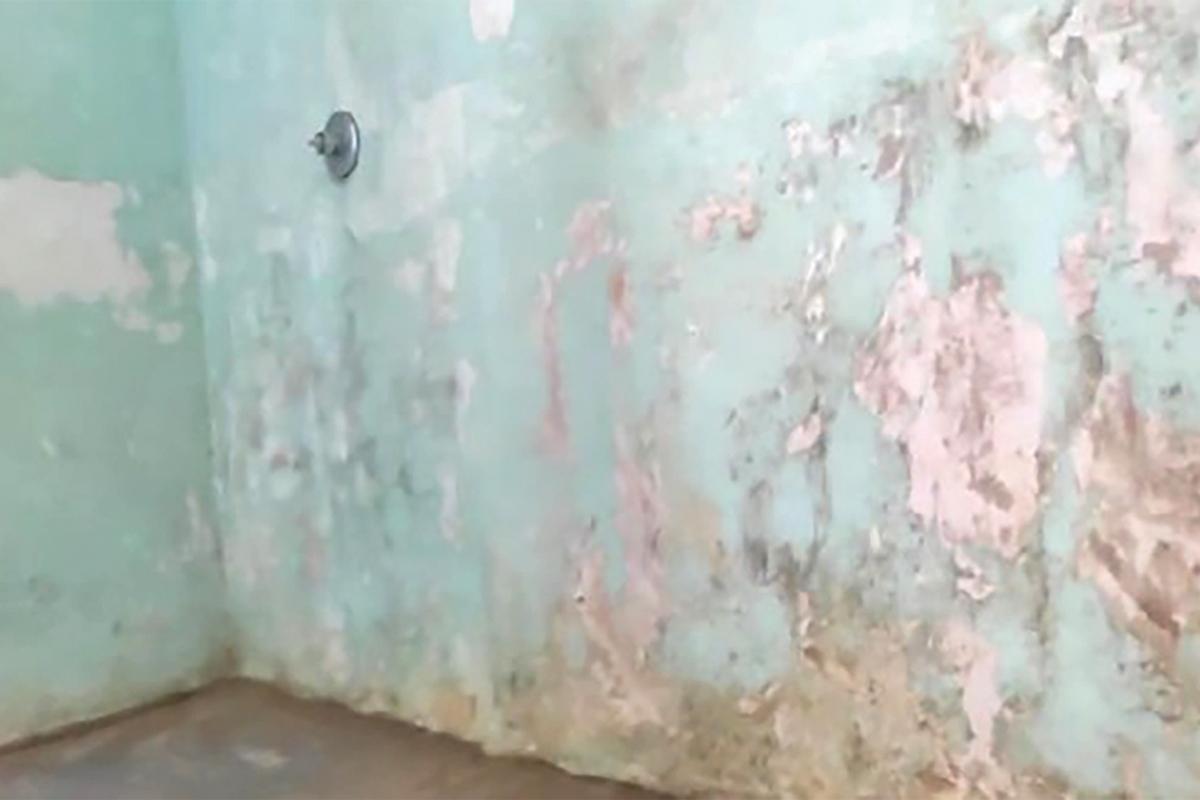 Shower within the medical centre’s Zone A. Swipe to see what it looked like when it was first opened. 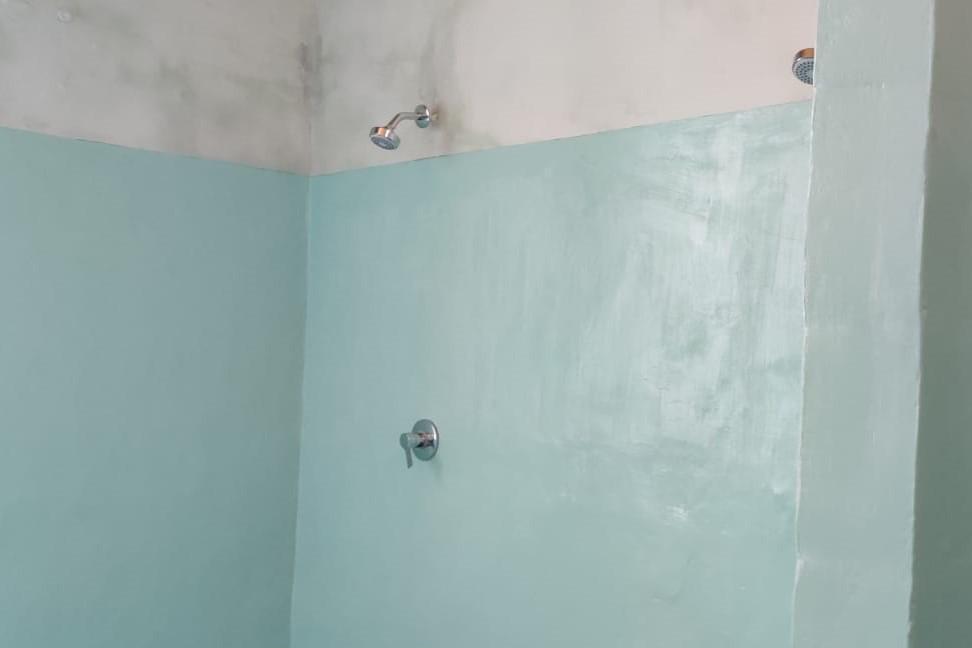 What the shower looked like when the facility first opened in 2020.

Requests for journalists to get access to Malta’s various detention facilities have gone unanswered and last year NGOs complained that they were also being kept out due to COVID-19 restrictions, making it difficult to assess what life is like.

“I can’t blame migrants for wanting out of such a place and doing anything they can to get out, including harming themselves to get transferred to [mental health hospital] Mount Carmel,” the source said.

Times of Malta shared the photos with a Home Affairs Ministry spokesperson and asked for comment. 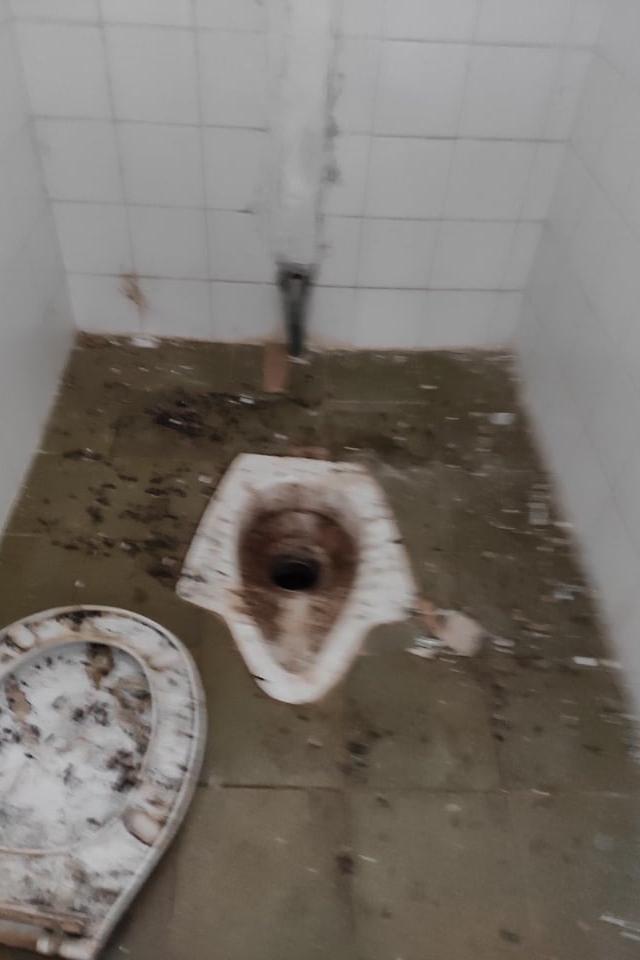 A toilet inside the facility used to isolate COVID-19 positive patients. 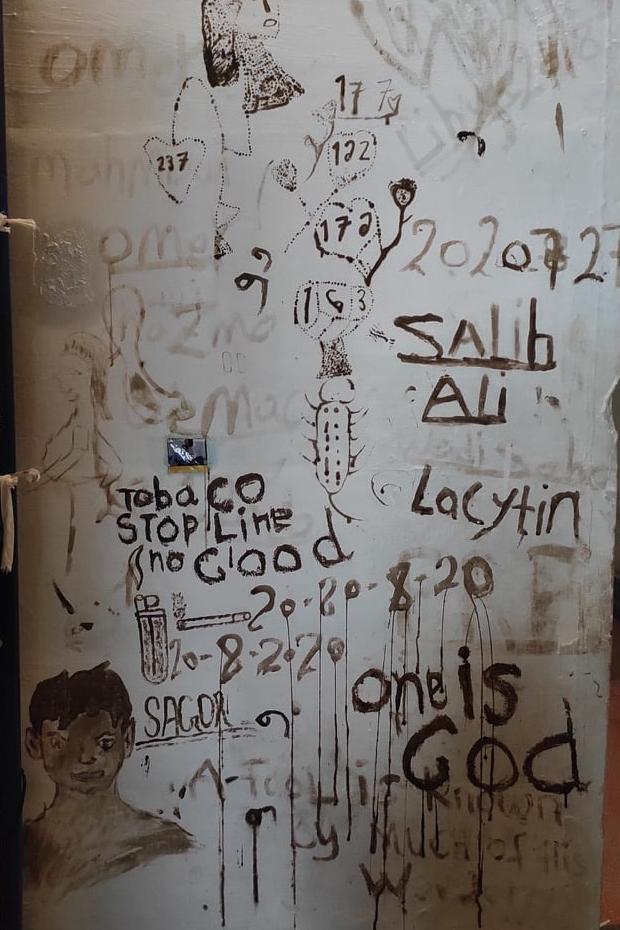 Graffiti on the walls of the unit.

The spokesperson did not deny that the areas pictured were run down and filthy but provided photos of other areas which appeared pristine.

“It is evident that the photos are being used to shed negative light on the work carried out by the Detention Service (DS) and the MRC at the Ħal Far Initial Reception Centre,” the spokesperson said.

The Ħal Far centre was opened in April 2020, following a collaboration between the ministry and Malta Red Cross.

Home Affairs Minister Byron Camilleri had said at the time that the  facility was intended to give “dignified care” to COVID-positive asylum seekers while reducing pressure on the national healthcare system.

Originally operated by Red Cross staff, management of the centre was gradually handed over to the detention services. 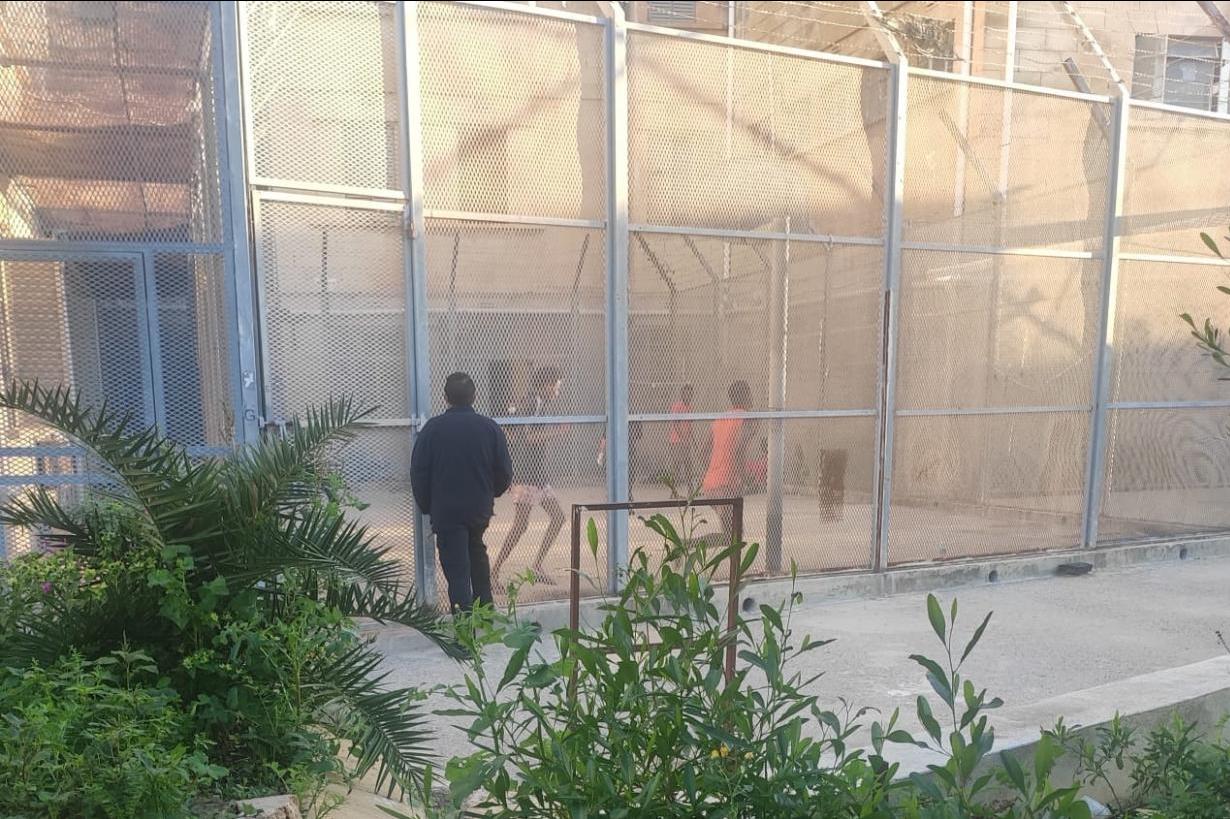 A recent Council of Europe visit found people living in the centre were rarely allowed outside.

A ministry spokesperson noted that everything within it was “completely new” at the time it was opened, including sanitary facilities and wall paint. Regular maintenance is carried out by in-house staff.

She said the building is “disinfected daily” and that cleaning products and supplies are available in every part of the centre.

However, the detention centre source vehemently denied that claim, pointing to the photos showing filthy conditions as proof.

“I feel guilty about working there as I feel like I’m part of the problem. Even though I try to help, it’s not easy to see people living in these conditions. For some people it became normal and just part of their regular day. I just can’t do it.” 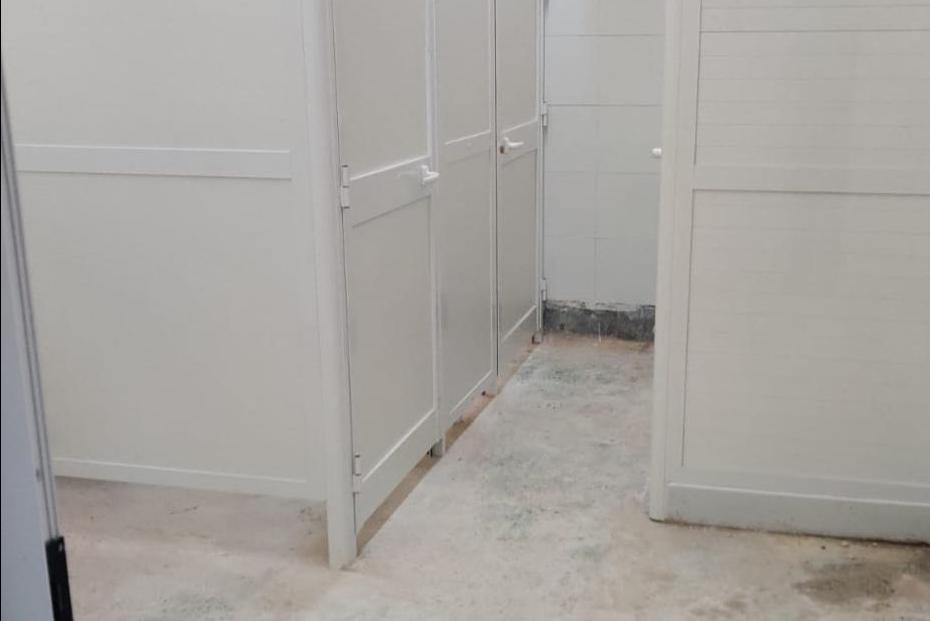 Pictures of a bathroom, provided by the home affairs ministry. A source claims this is the staff bathroom 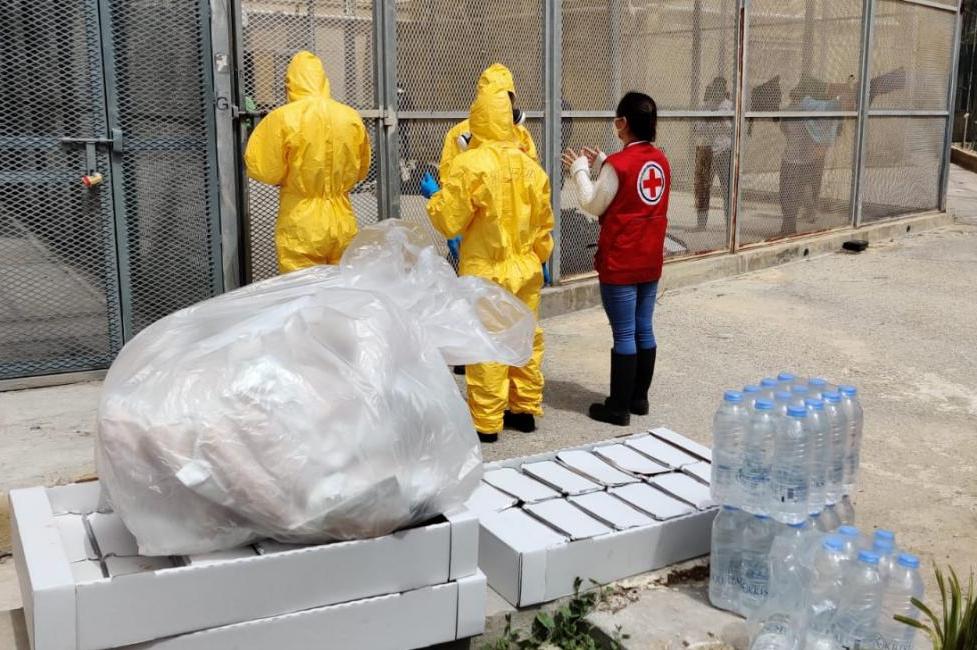 A spokesperson for human rights advocacy NGO Aditus said that while they had not been shown around the Ħal Far centre, their experience in other detention facilities was similarly “depressing and inhumane”.

Aditus said these were plagued by a constant shortage of basic supplies, “often remedied by well-intentioned detention services officers”. Staff was also not appropriately trained, the NGO added, a claim reproduced in the torture prevention committee’s report.

“The new detention services management has already made notable improvements, and we are keen to give our input as to how the system can be made more humane. Yet, a dramatic improvement in living conditions will not change the fact that Malta’s detention regime remains largely an illegal one,” Aditus said.

The building which hosts the Ħal Far centre has a long and torrid history. Built on government-leased land and originally named ‘China House’, the Ħal Far structure made headlines in 2019 when police raided it following reports that it was housing dozens of migrants with Italian residence papers. 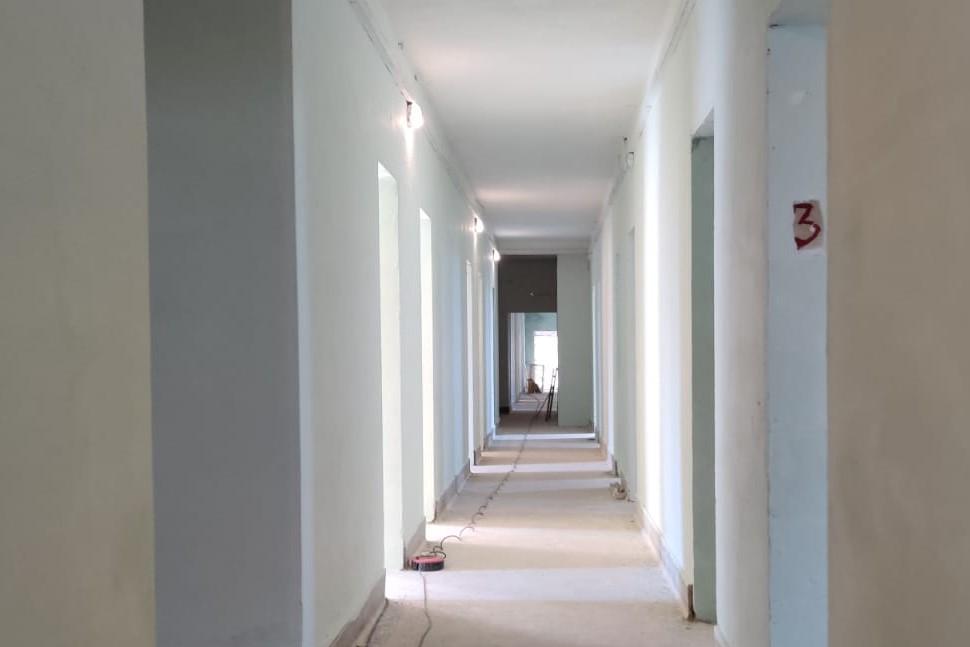 Another shot of the isolation unit. Photo: Home Affairs ministry

The average person spends four months in the isolation unit and while there lives a grim existence, according to the Council of Europe’s torture committee.

They sleep in one of 12 bunk beds in a room that should have a maximum of five, use bathrooms with no doors, live with a lack of lighting and not enough ventilation.

Some patients are locked up in the building for 24 hours a day while others have a total lack of activities to help them pass the time.

There’s virtually no access to psychiatric care, according to the report, and no system of interpreters available.

If the residents want to complain, there’s a lack of legal support and mobile phones for communication.

The European delegation also reported that virtually none of the registers documenting migrants’ details were kept, including medical records, initial screenings as well as detention orders.

There were also major concerns about the “non-existent” documentation of incident reports and the fact that the monitoring board for detained persons was not allowed to enter the building’s reception centre.

“At all the centres, individual medical files had been opened for each detained migrant, however, these were mostly empty; in short, no proper individual comprehensive medical records were being systematically kept,” it adds.