It was another turbulent week in court linked to the assassination of Daphne Caruana Galizia. Ivan Martin maps out the main revelations.

It has been 32 months since Daphne Caruana Galizia was murdered in a car bomb which rattled Malta beyond its shores. And the court cases which reconvened in recent days after months of absence have woven a cobweb of high-profile individuals embroiled in fiery accusations and lines of defence.

Who will the court believe? And how are the protagonists being judged among the tens of thousands gripped with the news coverage online.

It was a fiery start to the week, with a magistrate ordering a criminal investigation into former police commissioner Lawrence Cutajar following concerns that he may have tipped off a player in the murder.

The twist came at the end of a record nine-hour court session in the ongoing murder compilation against Yorgen Fenech, the business tycoon who stands charged with orchestrating the assassination of the journalist back in October 2017.

The order to investigate Cutajar was delivered by Magistrate Rachel Montebello upon a formal request by parte civile lawyer Jason Azzopardi, and fully endorsed by the defence team.

Lead prosecutor, inspector Keith Arnaud, informed the court that investigations by the economic crimes unit were already under way.

The order came just over a week after Times of Malta revealed recovered tapes in which self-confessed middleman Melvin Theuma was heard telling a third party that then police commissioner Cutajar had met with a close associate of his.

Cutajar, who stepped down last January, was at the centre of much of Monday’s testimony given by Fenech’s business partner, Johann Cremona, and Edgar Brincat, known as il-Ġojja.

The first bombshell came in the morning when Cremona, taking the witness stand for the first time, said he knew that Theuma had made contact with the then- police chief sometime between June 2018 and October 2019.

Cremona testified that Theuma claimed Cutajar would warn him in advance about a money-laundering investigation into him. That investigation was to be a rouse for officers to get their hands on the secret recordings Theuma had been known to collect. 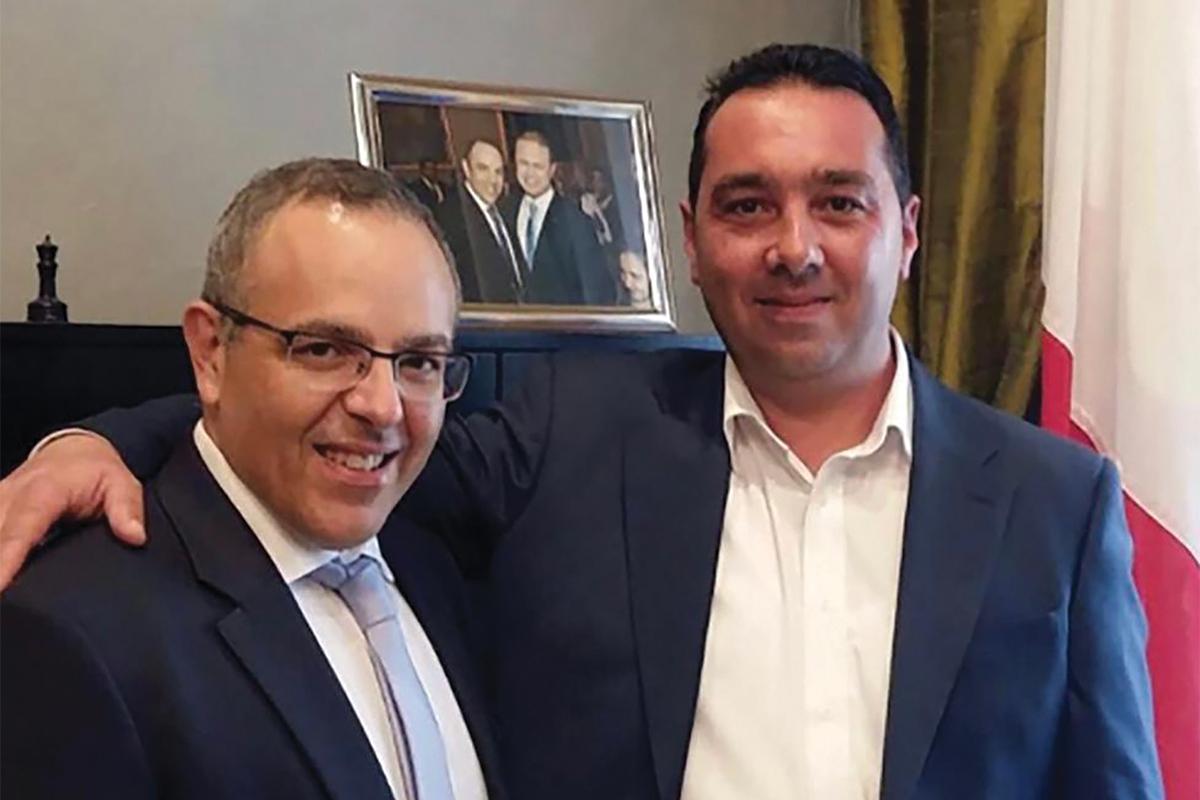 Who spoke to who?

Cremona also said the middleman was getting information from the then-police commissioner and had even discussed some form of pardon.

According to the court testimony, Cutajar had also allegedly told Theuma that Europol knew of the recordings he had been compiling and that he had played them to the police chief before the middleman’s arrest.

Theuma, on the other hand, testified that he had never spoken to Cutajar.

In an interview with Times of Malta, incidentally held as Cremona was testifying, Cutajar denied sabotaging the investigation but admitted to meeting with Theuma’s close associate during the course of the investigation.

Then came the testimony of Brincat, known as il-Ġojja, who also took the stand for the first time in this case.

The man, who was “almost like a father” to Theuma, testified that the State witness had once confided in him about his role in the murder plot.

He also said he had advised Theuma against seeking a pardon, especially since former OPM chief of staff Keith Schembri was “Yorgen’s friend” and was lending a hand after the murder. 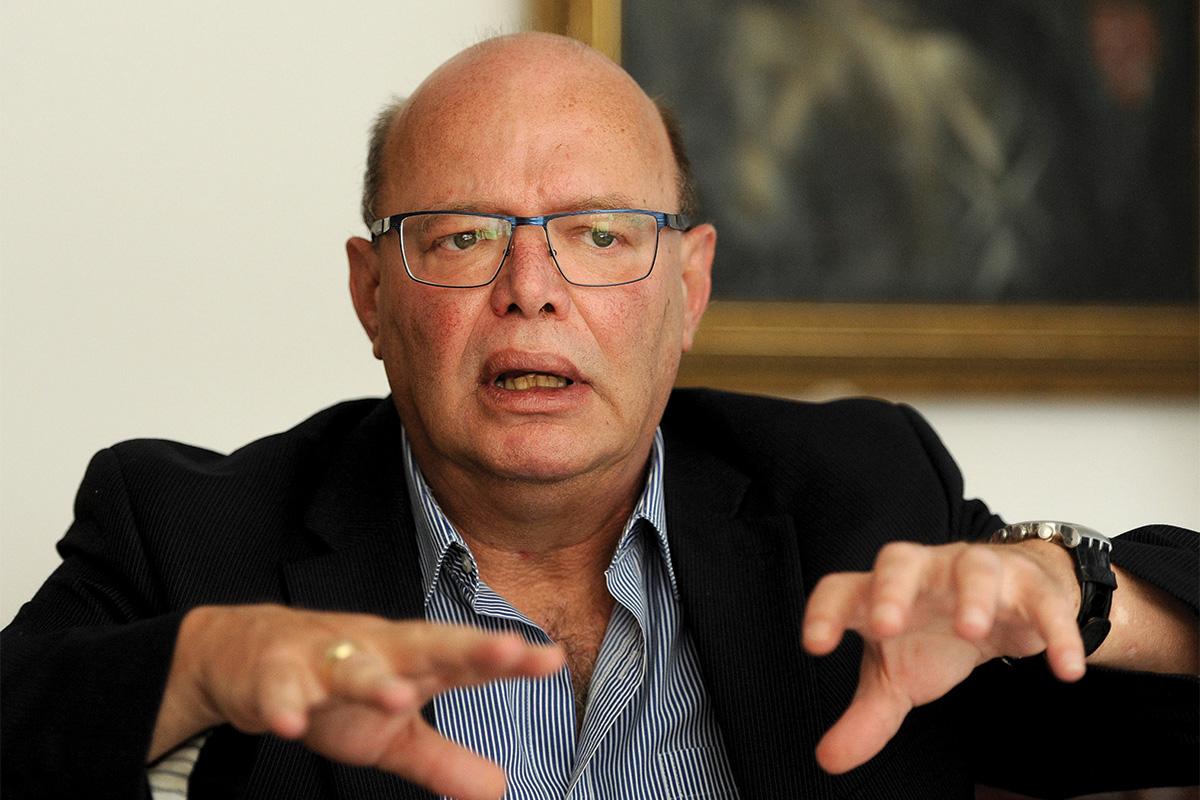 Then came three sittings of the public inquiry into the journalist’s killing.

Magri told the public inquiry that he had personally spoken to Valletta about the leak allegations and he had denied them.

But while he said Valletta’s call logs had been detained, he did not know if police had seized his mobile phone.

Earlier this month, a court heard claims that Valletta had tipped off Fenech, the man suspected of masterminding Caruana Galizia’s murder, that police were going to arrest the alleged middleman in the plot.

On Wednesday, Melvin Theuma testified during the second sitting of the public inquiry and another earthquake was soon to follow.

This time all eyes were on an alleged bribe offered by Fenech to the Nationalist Party in a bid to stop outspoken MEP David Casa from getting re-elected.

Theuma claimed Fenech had grown frustrated by Casa’s interest in his secret offshore company 17 Black and had offered the PN money to ensure he was not re-elected.

PN leader Adrian Delia moved to issue a sworn declaration denying he was ever approached by Fenech, or anyone else, with a financial offer to undermine the campaign of any PN election candidate.

The police have opened an investigation into the matter and claims that the bribe could have ranged between €50,000 and €250,000.

The third and final session of the public inquiry for this week, saw a court-appointed IT expert detail his investigation into claims that former economy minister Chris Cardona had allegedly visited a German brothel in 2017.

Basing his findings on technical phone-location data provided by a German service provider, court expert Keith Cutajar said he had worked his way through records linked to one particular antenna.

The former economy minister has denied visiting the brothel and went on to sue Caruana Galizia over the claims. Evidence including phone-location data submitted to the courts in that defamation case has never seen the light of day.

A phone registered as belonging to “Dr Cardona” had been registered on that antenna, the expert said.

Tomorrow the compilation of evidence against Yorgen Fenech will continue in court.

First on the witness stand will be Adrian Vella, the personal doctor to Fenech who allegedly passed on a note to him detailing how Chris Cardona had commissioned the murder. The note allegedly originated from Keith Schembri.

Then the testimony many have been waiting for: Schembri is also expected to be called in to testify. What will the questioning revolve around?