A multi-level junction featuring a flyover and underpass could replace a key Luqa roundabout that leads traffic to and from Qormi, Santa Lucija and the airport.

The Luqa Junction Project, unveiled on Saturday by roads agency Infrastructure Malta, would create uninterrupted links between three arterial roads; San Tumas Road towards Qormi, Il-Kunsill tal-Ewropa Road from Santa Lucija and Marsa, and L-Avjazzjoni Avenue, which leads to Gudja, Birzebbuga, the Kirkop Tunnels, the Airport and the Freeport.

Plans also incorporate a new segregated cycling and pedestrian path along part of Il-Kunsill tal-Ewropa Road, which will be adjoined to existing cycle lanes and footpaths in L-Avjazzjoni Avenue.

Most of the project will be built within the footprint of the existing roundabout and the roads leading to it. A strip of approximately 2,000 metres squared of new land along the westbound carriageway of Il-Kunsill tal-Ewropa Road will be required to develop the new segregated cycling and pedestrian track.

Infrastructure Malta has yet to obtain planning permission for the project but says it expects have wrapped up permitting and procurement processes by the end of the year.

Works on the project, which will be co-financed by the European Union’s Connecting Europe Facility, would then begin in 2021.

The existing roundabout is an important junction of the core TENT arterial road network, merging three major routes to and from several surrounding destinations. It is also one of the main access points to the centre of Luqa.

It sees around 16,000 road users every hour during morning and afternoon peak times, causing long queues and delays.

Infrastructure Malta said the project would also transform around 5,900m2 into open spaces including footpaths, trees and monumental artworks.

A similar project is also planned for a roundabout just up the road, alongside Malta International Airport. When both are complete, Infrastructure Malta says travel times in the area will be cut by up to 74 per cent in all directions, with a 9.1 ton reduction in particulate matter emissions and a 33,000 ton annual decline in carbon dioxide emissions also being predicted.

“These two projects are also effectively removing two accident blackspots by ending roundabout conflicts and by introducing safer spaces for pedestrians and cyclists,” the agency said. 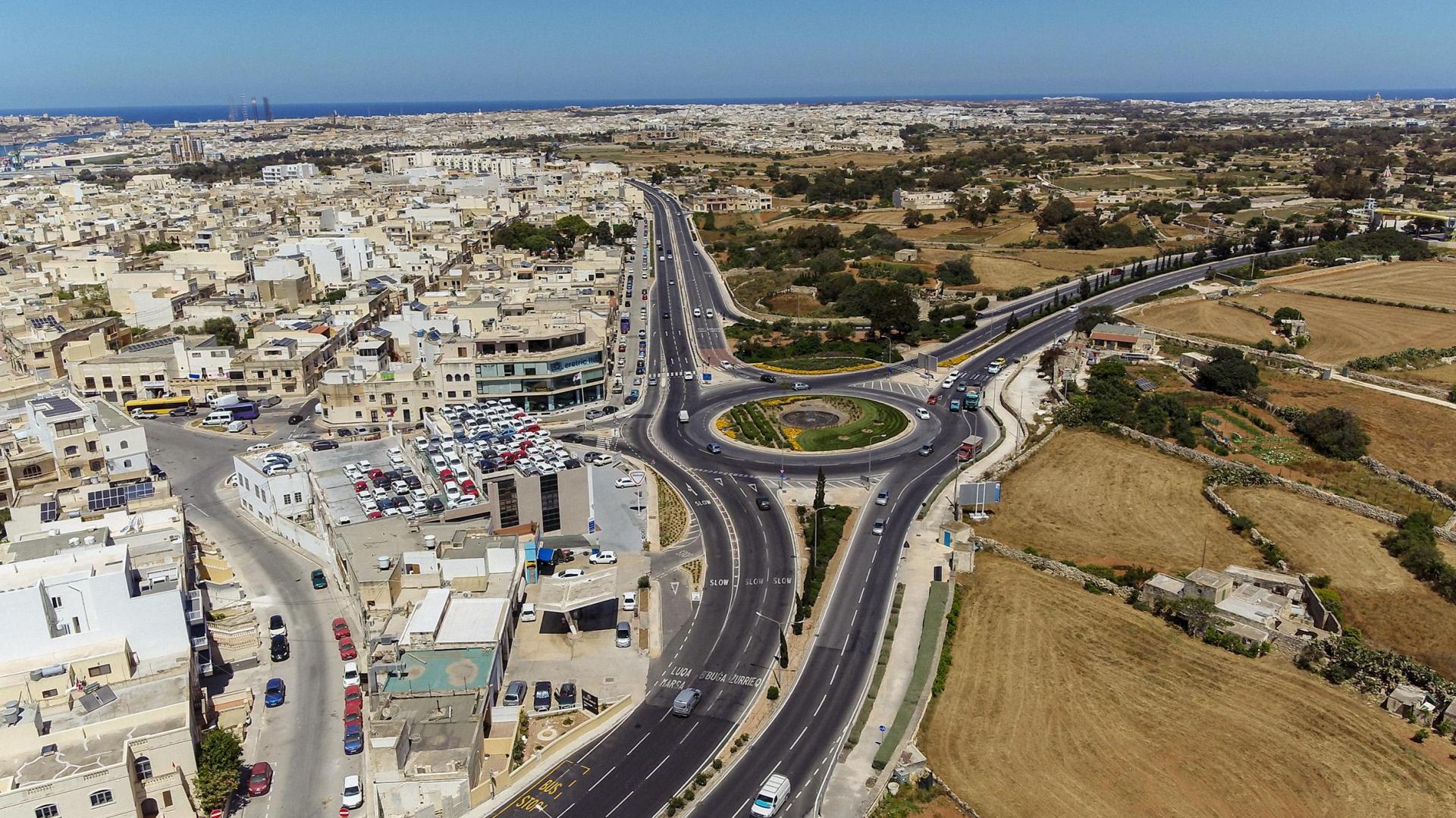 The Luqa roundabout in its current form.

How the new junction will work