Foreign Minister Carmelo Abela surprised many last Thursday with his apparent off-the-cuff commitment to set up a public inquiry within three months into whether Daphne Caruana Galizia’s assassination could have been prevented.

The three-month deadline was set by Europe’s human rights watchdog, the Council of Europe, in June. 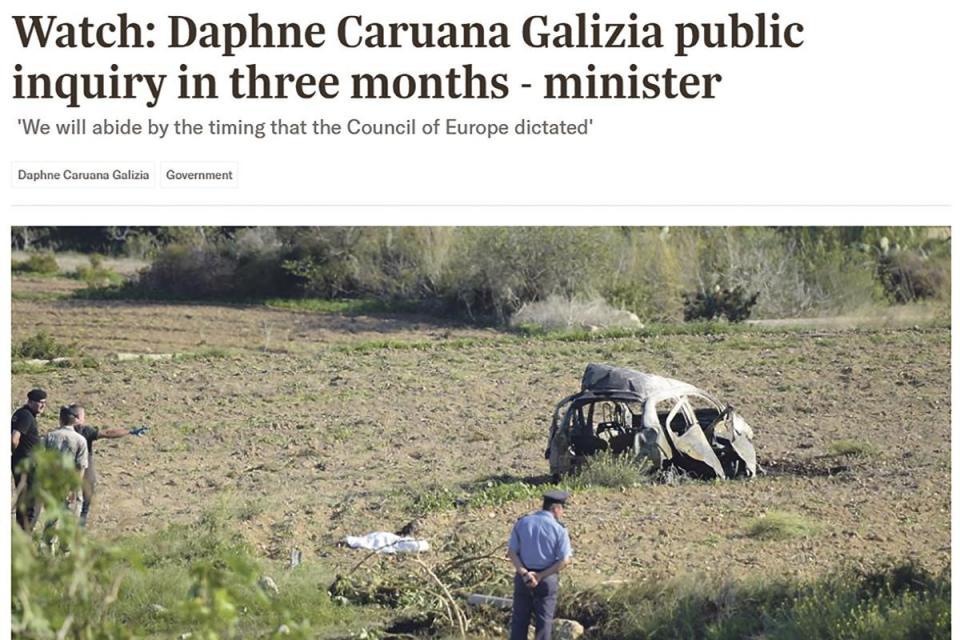 No official statements were issued to back this commitment, raising questions as to whether Mr Abela either jumped the gun with the announcement or misspoke.

The government has been steadfastly opposing calls for a public inquiry ever since the journalist was killed in a car bomb outside her home in October 2017.

In comments to Times of Malta, a spokesman for the Prime Minister’s office insisted Mr Abela’s statement was simply reiterating a commitment for a public inquiry previously made by Prime Minister Joseph Muscat.

The Sunday Times of Malta looks back at the government’s reaction to a public inquiry, and finds Dr Muscat’s commitment for an eventual inquiry was far more nuanced than Mr Abela’s firm stance. 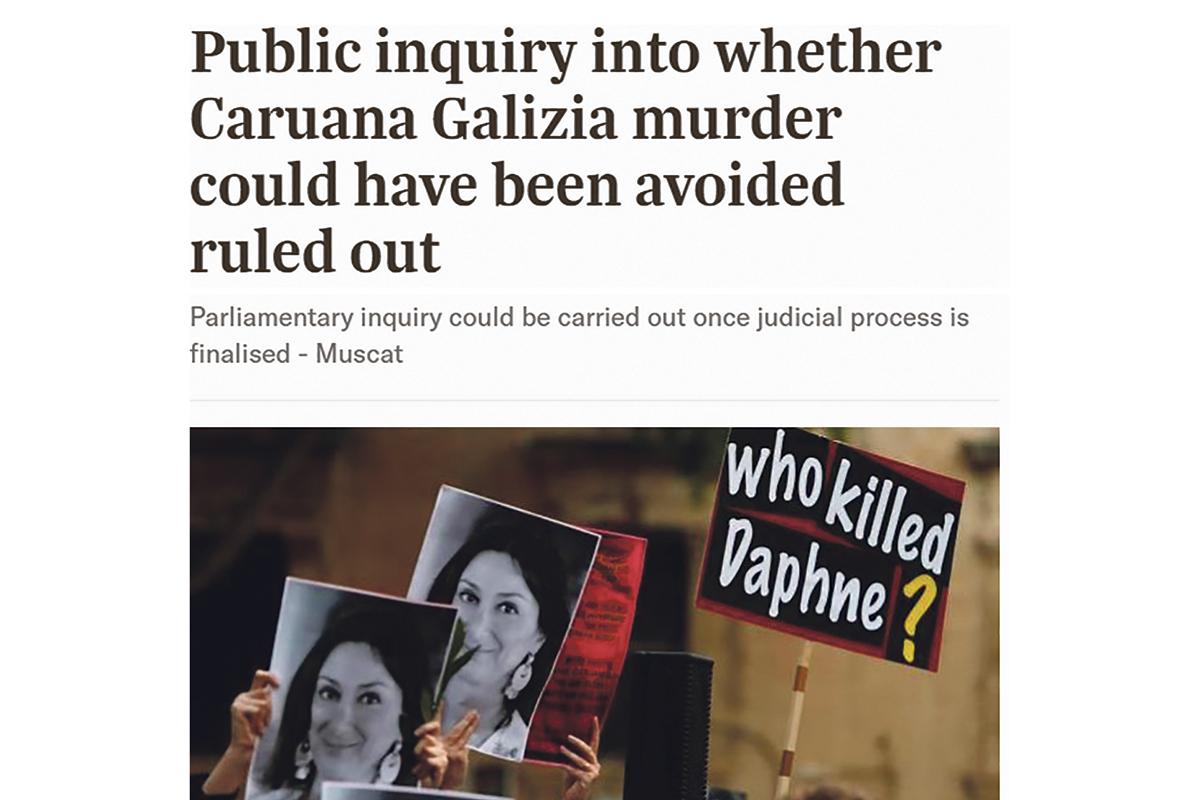 ■ No inquiry until case concluded

Speaking to BBC Radio 4 in September, Dr Muscat said there was no need for a public inquiry because as far as he knew, the family had full confidence in the “independent magistrate” taking care of the investigation.  Back then, Dr Muscat expressed his belief that investigators needed to be given the space to investigate, and said he was unsure whether a public inquiry could lead to better results.

During the BBC Radio 4 interview, Dr Muscat did, however, leave the door open for a public inquiry once the judicial process was finalised, so as not to compromise investigations and prosecutions. 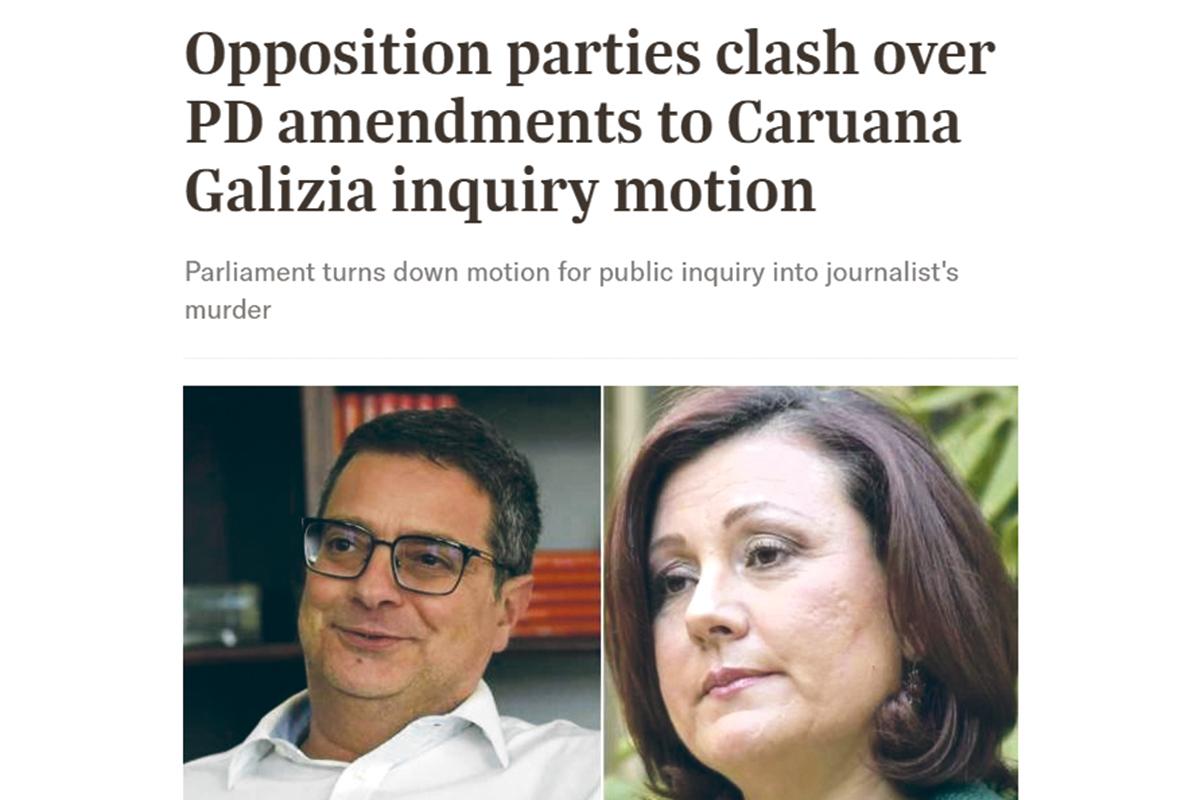 ■ Motion for inquiry shot down in Parliament

In December, Parliament discussed a motion by the PN to set up a public inquiry into the assassination.

The PN’s motion was defeated by government MPs. Instead, Labour MPs voted in favour of an amendment to the motion rejecting the inquiry while the investigations are still ongoing.

The government’s opposition to the immediate setting up of a public inquiry carried through to the European Parliament.

Labour MEPs were part of a minority that voted against a report by the European Parliament about the rule of law and corruption in Malta and Slovakia.

Pressure for a public inquiry reached boiling point in June. Instead of general calls for an inquiry, the Council of Europe threw down the gauntlet, demanding that such an inquiry be set up within three months.

During the adoption of the report in the Council of Europe’s plenary, PN MP Jason Azzopardi claimed Ms Caruana Galizia’s murder was planned by people with access to the highest corridors of power.

The PN MP, who is also representing the family in the case against three of the triggermen charged with carrying out the bomb plot, did not provide any further details to back his claim.

Reacting to the report the following day, Dr Muscat said he would be seeking fresh legal advice about holding a public inquiry in parallel with ongoing investigations.

Dr Muscat said he would be engaging with the Council of Europe to express the government’s reservations about holding the inquiry. “I will definitely not be the person responsible for a public inquiry leading to the case against the three persons under arrest collapsing. This is not something I am ready to do.”

The Prime Minister said if there was scope for such an inquiry, based on the advice received, he would set one up with the three-month deadline given by the Council. 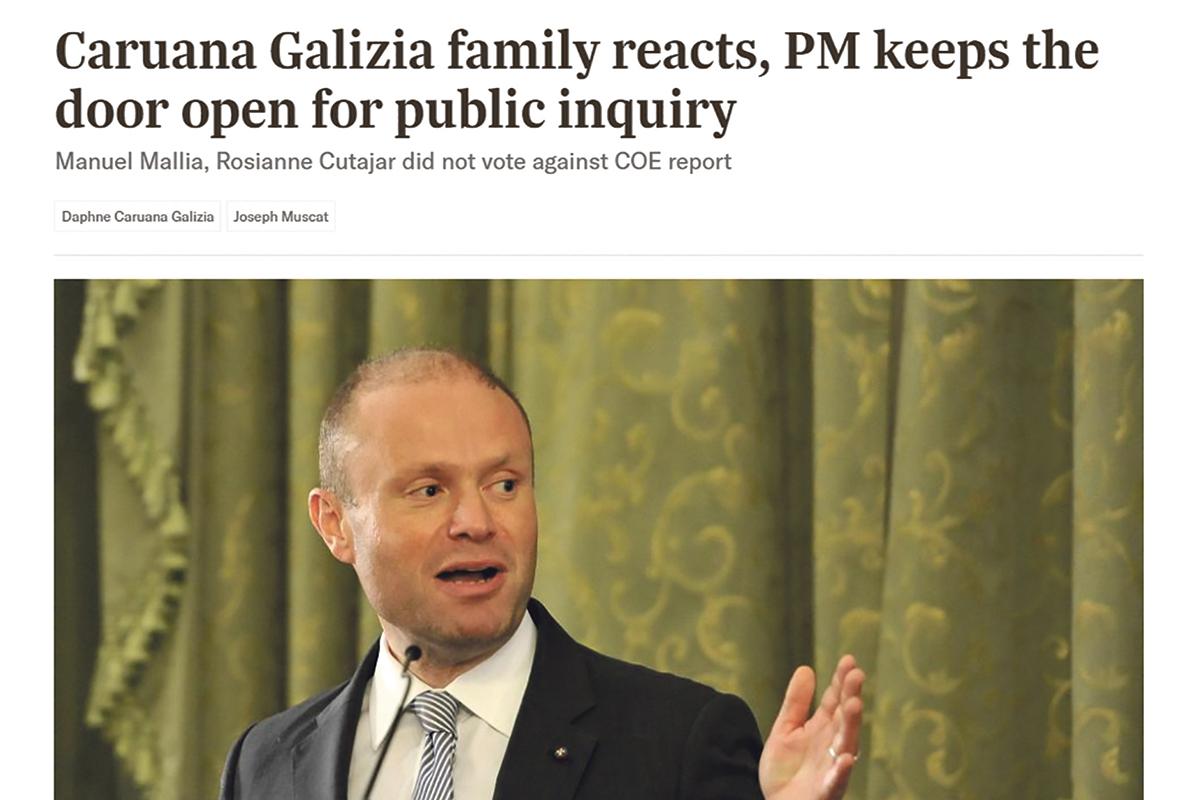 ■ An inquiry within three months!

In a seemingly unscripted reply to a question by a human rights group at a media freedom event in London, Foreign Minister Carmelo Abela said the government would be sticking to the three-month deadline for the inquiry.

“Basically, in that Council of Europe report there is that within three months, we need to have a public inquiry,” said Mr Abela.

My Prime Minister made it very clear a public inquiry will be set up, so now it is even more visible

“So the position now is that we will abide by the timing that the Council of Europe dictated but we need to make sure that one does not impinge on the other,” Mr Abela said.

To date, no official confirmation about the inquiry has been forthcoming.