“This is the first major restoration project since the cemetery was inaugurated in 1869. Unfortunately, due to the neglect over the years, we’ve lost many historical treasures. Now we are making sure to preserve what we have left,” says Eman Bonnici, vice manager Camposanto Ltd., that has been running Malta’s largest burial ground since February.

Over the years, the public has been complaining about the cemetery’s sorry state, calling for restoration and general maintenance. Last year, the government announced that Camposanto – a joint venture formed by Polidano Brothers Limited, Camray Company Ltd. and Mario Tonna – would get €15.1 million to embellish, maintain and run the cemetery over the next 15 years.

A tour around the cemetery revealed that restoration works are well under way, as is the excavation for the construction of 2,880 new graves. The first structure fully restored so far, explains Mr Bonnici, was the Gatt Chapel, a private family chapel that was left for government to maintain by the last heir of the Gatt family legacy – a bachelor who died in the 1940s. However, the chapel was neglected until it was finally restored a few months ago, honouring Gatt’s will.

Restoration also started on the main entrance, the grave diggers’ quarters, the historical building known as the Deposit (where bodies were kept temporarily in the past), the former mortuary and the area formerly known as the Profane Section, where people dying outside conformity with Church teachings were buried until 1972.

Other restoration works will follow, Mr Bonnici says, adding that they will include the regeneration of the main chapel set to start in December next year. 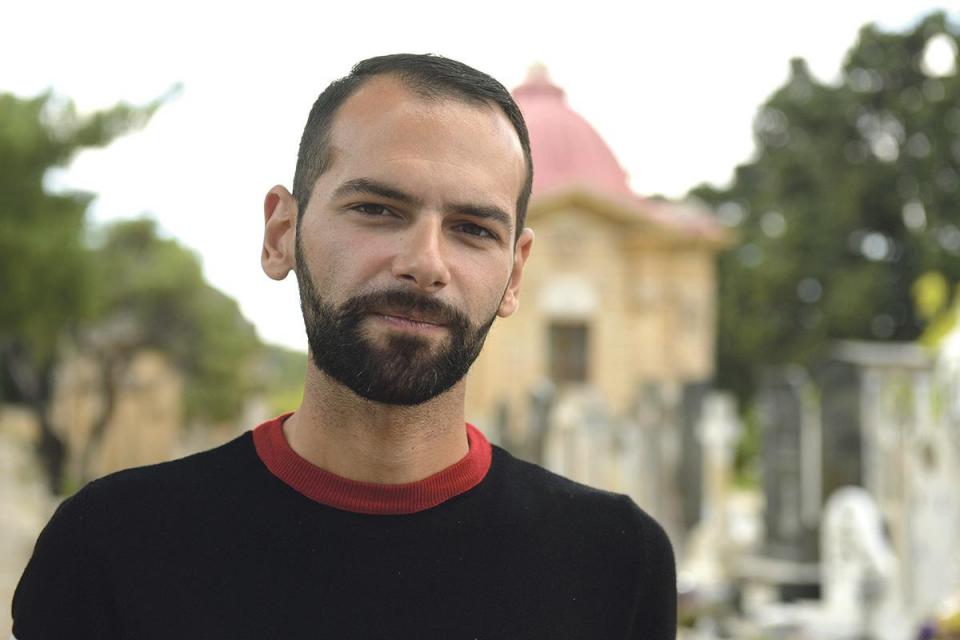 On taking over in February, Camposanto started an extensive clean up, initially removing 400 bags of garbage a day: with weeds and overgrown shrubs, empty candles, plastic bottles and dried flowers.

Now, maintenance staff, cleaning the 166-tumoli cemetery grounds on a daily basis, remove some 100 bags a day, with the figure increasing during busier seasons, like Mother’s and Father’s Day and during the month of November.

“We have provided the public with 400 large bins, but people still dump their dried flowers and candles by the walkways,” Mr Bonnici says as he points out a mound of dried flowers by the side of a grave.

“The public must realise they too have a role to play in keeping this place clean. They need to be respectful. Unfortunately, we still get cases of people taking flowerpots and other items from others’ graves to place them on theirs, then we get the blame that we are throwing people’s stuff away,” he says.

Unfortunately, we still get cases of people taking flowerpots and other items from others’ graves to place them on theirs, then we get the blame

In the past, the cemetery has also been lambasted for the insensitivity and lack of décor of grave diggers. Since February, Mr Bonnici says, grave diggers have been provided with uniforms.

“These people are working in dirty surroundings so you can’t expect to them wear a suit. You have to keep in mind that we have 10 to 12 funerals a day in winter and three or four daily in summer,” he says. 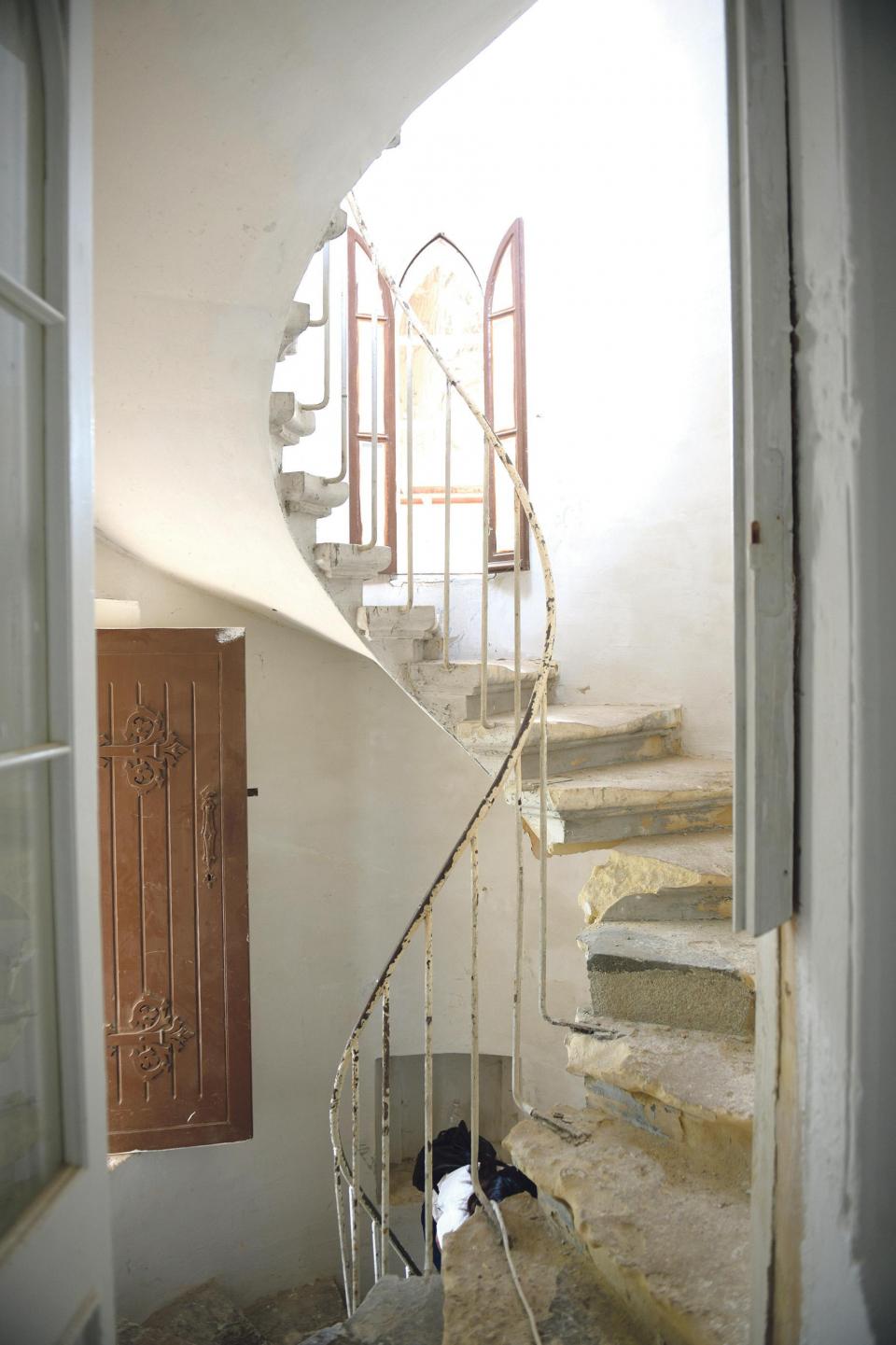 People have also complained about the “primitive burial methods” used when lowering caskets.

“People comment without understanding the logistics. We can’t use hydraulic lifts like the ones we see in American films because our cemetery is different. Most graves have stone slabs from the inside, enabling more than one burial in the lapse of a year, therefore, in many cases, we need to tilt the casket at an angle due to the fact that the last slab in the row from the inside cannot be moved as is also the case with the outside monument were mostly it is sealed perpetually with a monument,” he explains.

A place of respect… and regrets

Apart from maintaining and running the place, cemetery staff also deal with the emotional baggage that comes with the nature of the area. Last week, a reader sent in a photo of a rotting casket in a skip outside the cemetery, claiming it was “disgusting” and “insensitive” towards loved ones.

What I have learnt from working here is that you have to appreciate what you have in life, before it’s too late

The skip was only there for a few hours. He elaborates that skips used to be screened off by a wall but, at the moment, they had to be moved due to construction works on the new graves. This was temporary. Unfortunately, he says, people do not see the good being done. Last February’s major storm destroyed 44 large trees at the cemetery.

“The next morning, a Monday, the cemetery roads were blocked. We could have easily asked for all funerals that day to be cancelled but we didn’t. Our workers used their own cars to tow tree trunks,” he says.

Mr Bonnici is of course aware that the cemetery is a sensitive place for people who want the best for their departed loved ones.

“You get extremes: from people coming here every day to visit their loved ones to others coming once or twice a year. The majority of the latter complain, for instance, that their grave is neglected and covered with weeds when it is up to the family to maintain its tidiness. Beside this, the cemetery is a place of regrets.

“What I have learnt from working here is that you have to appreciate what you have in life, before it’s too late. It’s best to take flowers to your mother when she’s alive rather than bringing them for her on her grave.

“As my Cardinal used to tell me, quoting recently canonised Cardinal John Henry Newman: “Cor ad cor loquitur” – heart speaks unto to heart. That is the only legacy that matters once we depart. Money and properties count very little. Only love does,” he says.