Rosianne Cutajar should be investigated by the tax department over her alleged involvement in a multi-million euro property deal involving Yorgen Fenech, parliament’s standards commissioner has advised.

George Hyzler concluded that the Labour MP and former junior minister most likely received a €46,500 brokerage payment she is alleged to have pocketed through the deal.

The commissioner’s investigation concluded that on the balance of probabilities, Cutajar acted as a broker in the deal and breached parliamentary ethical standards when she failed to declare her income from that 2019 property sale.

Hyzler had been asked to look into the matter by independent candidate Arnold Cassola after a Times of Malta report revealed that Cutajar had helped broker the sale of a €3.1 million Mdina property to Fenech.

Cutajar was alleged to have accepted a bag stuffed with some €46,500 in cash as payment – 1.5 per cent of the sale price – with her friend Charles Farrugia, known as it-Tikka, pocketing a further €46,500 in brokerage fees owed by the seller.

The property sale eventually fell through after Fenech was arrested in November 2019 and charged with complicity in the murder of Daphne Caruana Galizia. Cutajar denied any wrongdoing at the time but eventually stepped down from her cabinet post pending the investigation.

The investigation lasted more than six months and includes “volumes” of evidence that are not included in the final report.

In the report, seen by Times of Malta, Hyzler says he was presented with two diametrically opposed versions of events and he had to therefore shape his own opinion about the case.

“There are several facts and circumstances which, I believe, tip the scales and convince me that Cutajar was paid a brokerage fee in relation to the Mdina property deal,” the commissioner said.

Cutajar acknowledged that she had introduced Fenech as a prospective buyer and had toured the Mdina property with him, Farrugia and the seller, Joseph Camilleri.

She also acknowledged that she had lunch at Marsamxett with Farrugia and Camilleri, where Camilleri claims he paid her, and admitted to having picked up a five-figure payment from Fenech.

The Labour MP insists that payment was €31,000 that Fenech owed Farrugia in brokerage fees, which she passed on to him.

An additional €9,000 was a “birthday present” from the business mogul, she told the commissioner. Though Hyzler found that claim questionable, he noted that under current parliamentary rules, Cutajar was under no obligation to report the “gift” from Fenech.

Hyzler’s report, which will be discussed by parliament’s committee for standards in public life on Monday morning, recommends that MPs hand the report and accompanying evidence to the Revenue Commissioner to take “any action he deems necessary”. 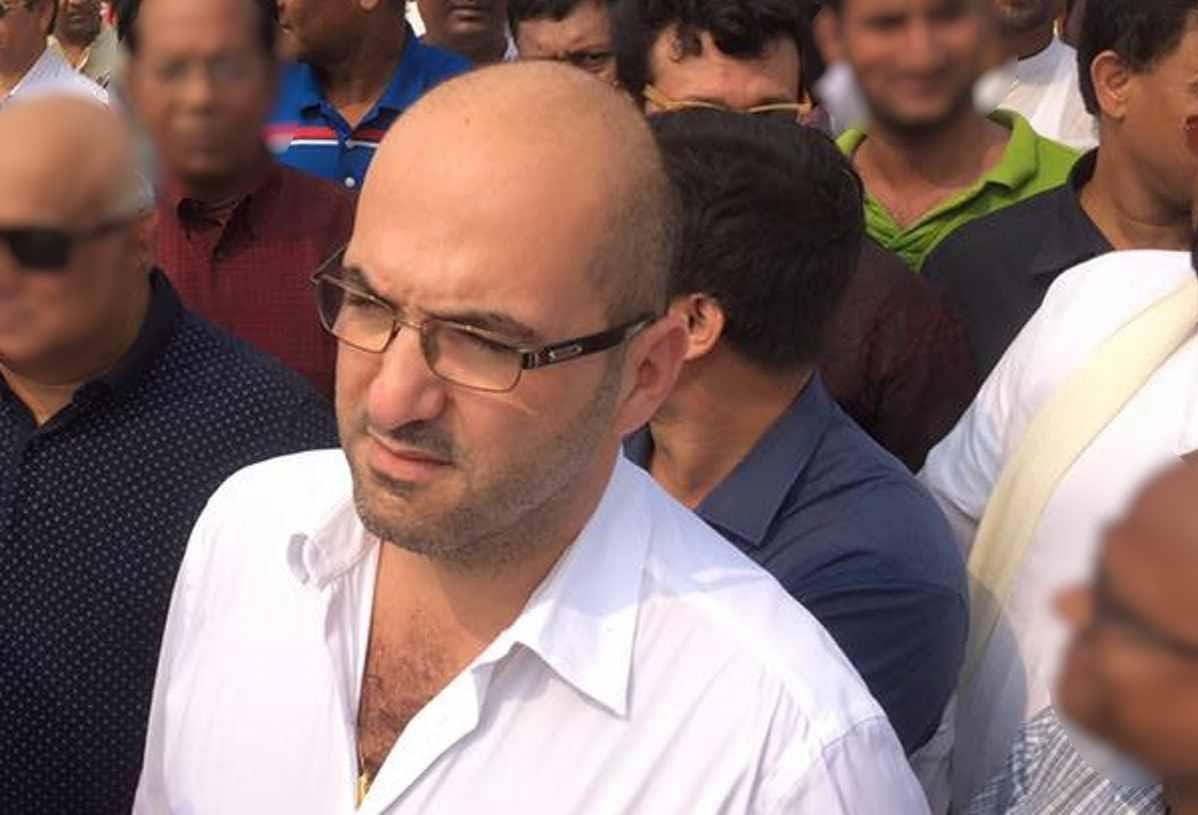 Yorgen Fenech, the business mogul and murder suspect who was shown the property by Cutajar.

Chaired by Speaker Farrugia, the committee consists of two members each from government and opposition.

Hyzler found that while the Labour MP insisted she had made no money off the €3 million sale, the balance of evidence suggested otherwise.

He noted how the 1.5 per cent brokerage fee promised to Farrugia – the original sale broker – had doubled to 3 per cent when Farrugia suggested involving another broker who had a buyer in hand.

Hyzler found that while the Labour MP insisted she had made no money off the €3 million sale, the balance of evidence suggested otherwise

There were multiple discrepancies in Farrugia’s testimony, the commissioner noted, and WhatsApp chats between Cutajar and Fenech suggested that the Labour MP was perfectly willing to profit from the deal, but was keen to not be seen as receiving any money from Fenech.

When brokerage fees were reduced by €4,000 due to a discount in the property sale price (from €3.1 million to €3 million), Farrugia had refunded that amount in two separate payments of €2,000 each – but only after he first told the seller that Cutajar would be paying back her share by cheque.

Farrugia told the commissioner that Cutajar had nothing to do with the sale and that she had not pocketed any money from it.

The €93,000 in total that had been paid out, he said, had all gone to him. And rather than a brokerage fee, that sum was a “gift”, Farrugia claimed.

“Everyone can reach their own conclusions about why that was cancelled,” the commissioner remarked drily.

Farrugia had also given Hyzler conflicting evidence about receiving money from Fenech: he first told the commissioner he had received none, only to later acknowledge a €31,000 payment.

That latter admission, Hyzler noted, came after Cutajar had testified that she had handed the €31,000 she received from Fenech to Farrugia. 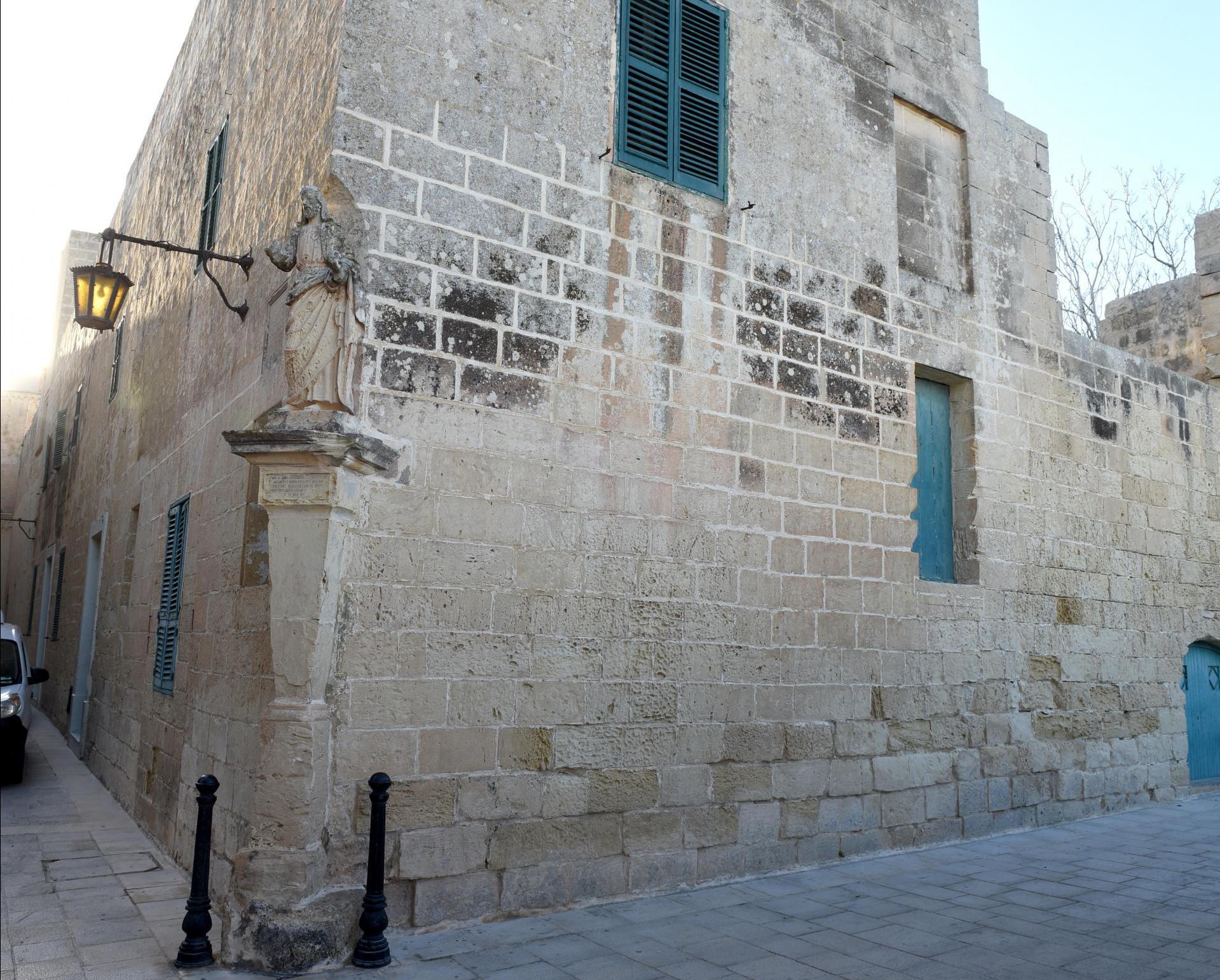 The Mdina property in question: the sale to Fenech fell through after he was arrested.

Hyzler found it puzzling why Farrugia had repeatedly involved or mentioned Cutajar while negotiating the deal, if, as he insisted, she had nothing to do with it.

The commissioner said Farrugia had involved Cutajar in the matter when:

• He asked for the brokerage fee to double to 3%;

• He gave the seller the €2,000 and told him that it was thanks to him that she had returned them;

• He said she could not refund her share of the €89,000 brokerage fee, because she had spent the money on buying a house in Qormi;

• He convinced Fenech to cough up 1% of the brokerage fee, with chats suggesting Fenech agreed to do so because he believed the money would go to Cutajar.

WhatsApp chats between Fenech and Cutajar showed that even Fenech believed that Cutajar was to receive a 1.5% cut from the sale, Hyzler said.

Cutajar responded by telling Fenech that she did not want to take a brokerage fee from Farrugia, but that if Farrugia were to pass on the money, she would be pleased as she could do with it.

Hyzler remarked that it appeared that Cutajar’s objection was “not to receiving a brokerage fee from Fenech, but to being seen to receive one”.

The Labour MP showed a willingness to profit from the property sale, he noted.

Hyzler’s only access to WhatsApp chats between Cutajar and Fenech was through screenshots provided by the Labour MP herself, and the commissioner noted he had no way of verifying whether other messages between the two existed.

What the seller said

Camilleri told Hyzler that he had passed on the €93,000 brokerage fees – half for Farrugia and half for Cutajar – on two separate occasions.

He claimed to have handed Farrugia his half at a Valletta café and that the broker told him he was going to immediately post them in a safe deposit box at a Bank of Valletta branch.

Camilleri claimed he gave Cutajar her share of the money in Farrugia’s presence, while dining at a Marsamxett restaurant, Porticello.

Meanwhile, Lawyer Pierre Lofaro claimed, in writing, that on the day of the promise of sale, Farrugia had said that Cutajar was a broker together with him and that it would therefore be better not to mention the brokerage in the promise of sale document.

Camilleri also claimed, in February of this year, that Farrugia told him Cutajar had gone to Fenech, who gave her €30,000 to split between the two. He believed Fenech had handed Cutajar more than €30,000, but she only passed on €15,000.