Thousands demonstrated across Iran on Friday at government-backed pro-hijab counter rallies, after a week of bloody protests over the death of a woman arrested for "improperly" wearing the Islamic headscarf.

Iran has been rocked by street violence since the death last week of Mahsa Amini, a 22-year-old Kurdish woman who had spent three days in a coma after being detained by the morality police.

The official death toll from the clashes remains at least 17, including five security personnel, but the New York-based Center for Human Rights in Iran (CHRI) put the figure at 36 and said it expected it to rise.

On Friday, thousands took to the streets in support of the hijab and a conservative dress code at government-backed counter rallies in Tehran and other cities including Ahvaz, Isfahan, Qom and Tabriz. 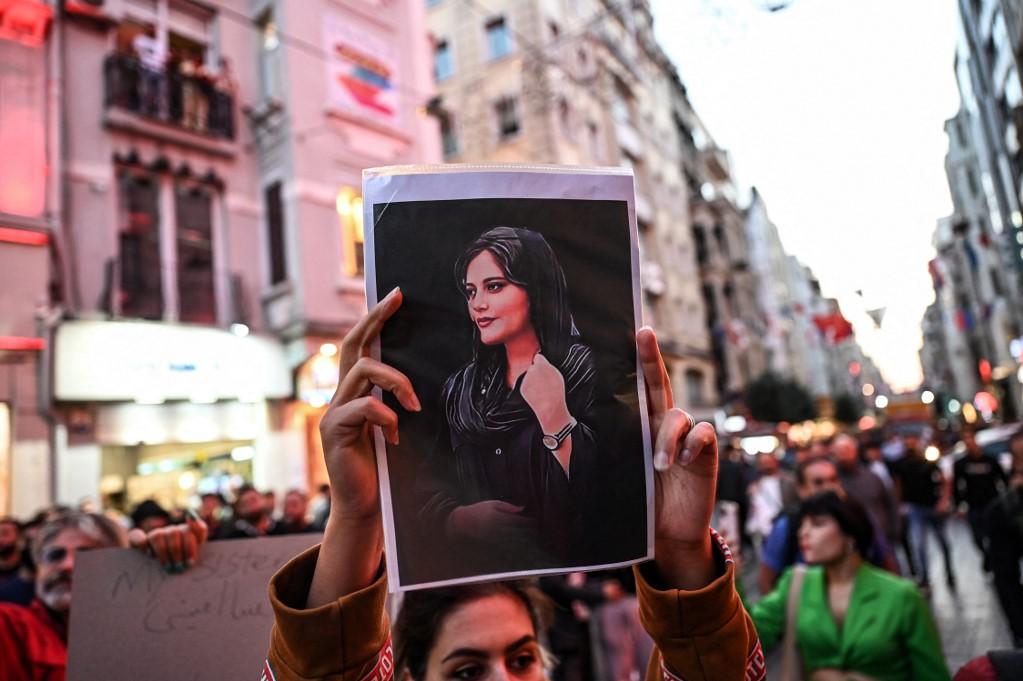 A protester holds a portrait of Mahsa Amini during a demonstration in Turkey. Photo: AFP

"The great demonstration of the Iranian people condemning the conspirators and the sacrileges against religion took place today," said Iran's Mehr news agency.

Imam Seyed Ahmad Khatami set the tone at weekly prayers in Tehran, urging "the judiciary to act quickly against the rioters who brutalise people, set fire to public property and burn the Koran".

"To support the end of the veil is to do politics the American way," chanted the faithful, who held aloft signs thanking the security forces and condemning women who burned their hijabs.

State television broadcast footage of a pro-hijab demonstration showing people holding up banners marching along streets of central Tehran, many of them men but also women dressed in black chadors. 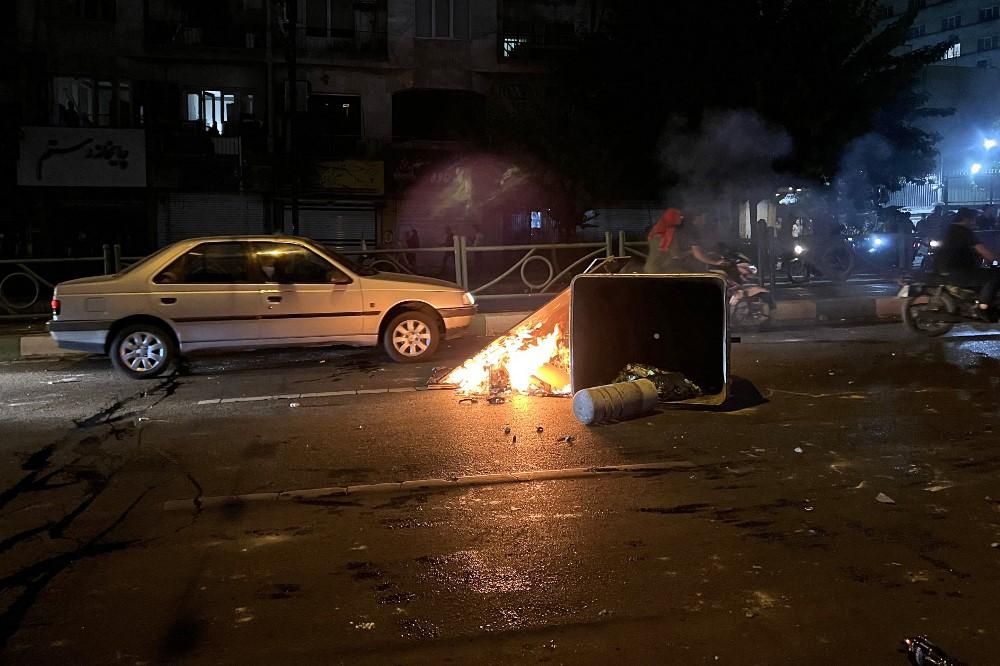 A picture obtained by AFP outside Iran shows a bin burning in the middle of a street during a protest for Mahsa Amini.

Amini died on September 16, three days after she was hospitalised following her arrest by the morality police, a unit responsible for enforcing the Islamic republic's strict dress code for women.

Activists said she suffered a blow to the head in custody but this has not been confirmed by the Iranian authorities, who have opened an investigation.

After she was pronounced dead, angry protests flared and spread to major urban centres, including the capital, Isfahan, Mashhad, Shiraz and Tabriz.

In the latest violence, security forces fired "semi-heavy weapons" at demonstrators during overnight clashes in the northern city of Oshnaviyeh, the Oslo-based Kurdish rights group Hengaw said on Friday. The report could not be independently verified.

In nearby Babol, demonstrators were seen setting ablaze a large billboard bearing the image of Iran's supreme leader Ayatollah Ali Khamenei, according to videos shared online.

Some women demonstrators have defiantly taken off their hijabs and burned them in bonfires or symbolically cut their hair before cheering crowds, video footage spread virally on social media has shown.

In response, security forces have fired at crowds with birdshot and metal pellets, and deployed tear gas and water cannon, said Amnesty International and other human rights groups.

As part of the crackdown, the internet has been curbed and security forces have arrested activists including Majid Tavakoli, who has been repeatedly imprisoned in recent years, including after disputed 2009 elections.

"The government has responded with live ammunition, pellet guns and tear gas, according to videos shared on social media that have also shown protesters bleeding profusely," the CHRI said in a statement.

Internet access has been restricted in what web monitor NetBlocks has called a "curfew-style pattern of disruptions" amid the angry protests sparked by Amini's death.

Access to social media services, Instagram and WhatsApp have been blocked since Wednesday night, and connections were still largely disrupted on Friday.

The measure was taken in response to "the actions carried out via these social networks by counter-revolutionaries against national security", Iran's Fars news agency said.

Judiciary chief Gholam Hossein Mohseni-Ejei on Thursday called on the authorities to maintain peace and security and to confront "disruptive elements and professional rioters".

President Ebrahim Raisi, at a news conference in New York where he attended the UN General Assembly, said: "We must differentiate between demonstrators and vandalism".

The unrest comes at a particularly sensitive time for the leadership, as the Iranian economy remains mired in a crisis largely caused by sanctions over its nuclear programme.