As the majority of us sit at home in isolation, it is instructive to look back two centuries to see how our forebears dealt with similar contagion. The following is based on a document outlining the measures to be taken in the event of a resurgence of the plague in Valletta.

The plans are dated October 1813 – just a few weeks after the plague had died down. They were devised by Francesco Rivarola, who had been appointed Inspector General.

The plans, entitled ‘New Division of Valette and Marina’, were intended as a means of regulating the city in a manner that would be “less expensive to government and lighter to subjects”. Since issues of isolation and quarantine are having a considerable impact these days, I have selected only similar issues. 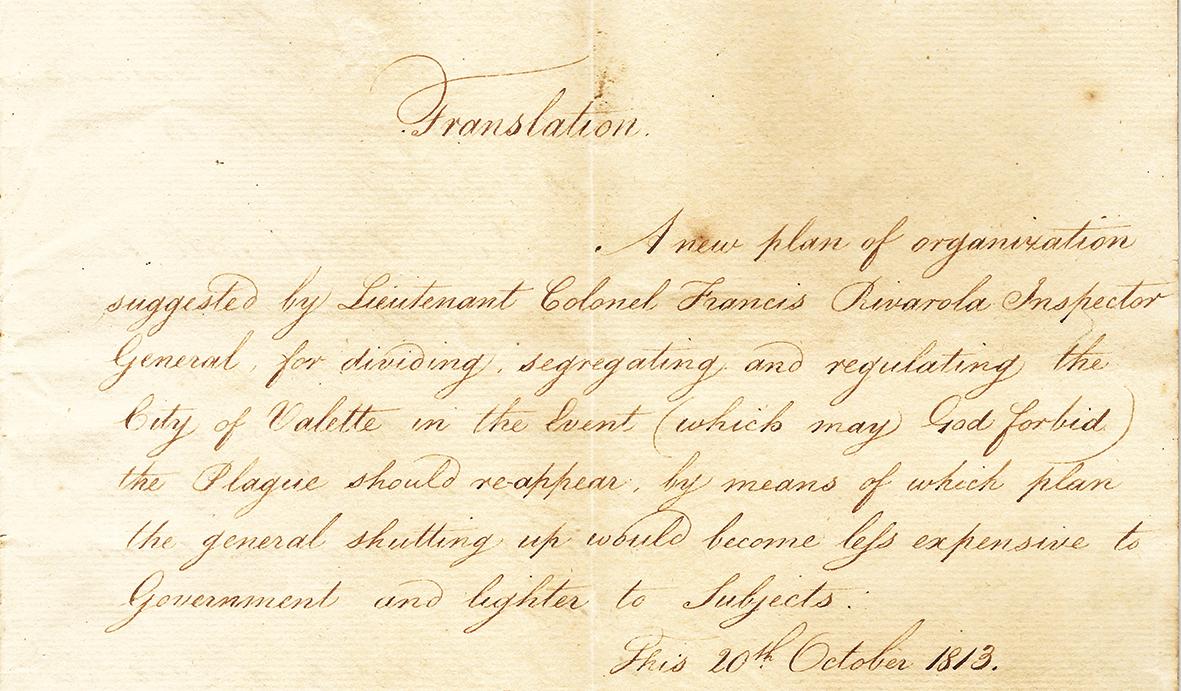 The first page of the new plan of organisation dated 1813.

In preparation for a resurgence of the plague, Valletta would be divided into 24 districts (not the eight districts that were created during the actual outbreak).

The marina area was to be subdivided into two additional districts. Within the city itself, Strada Reale, Strada San Cristoforo and Strada Levante, as well as Valletta’s perimeter streets running along the fortifications, were to be left unobstructed for the easy movement of supplies, troops, the sick and deceased. 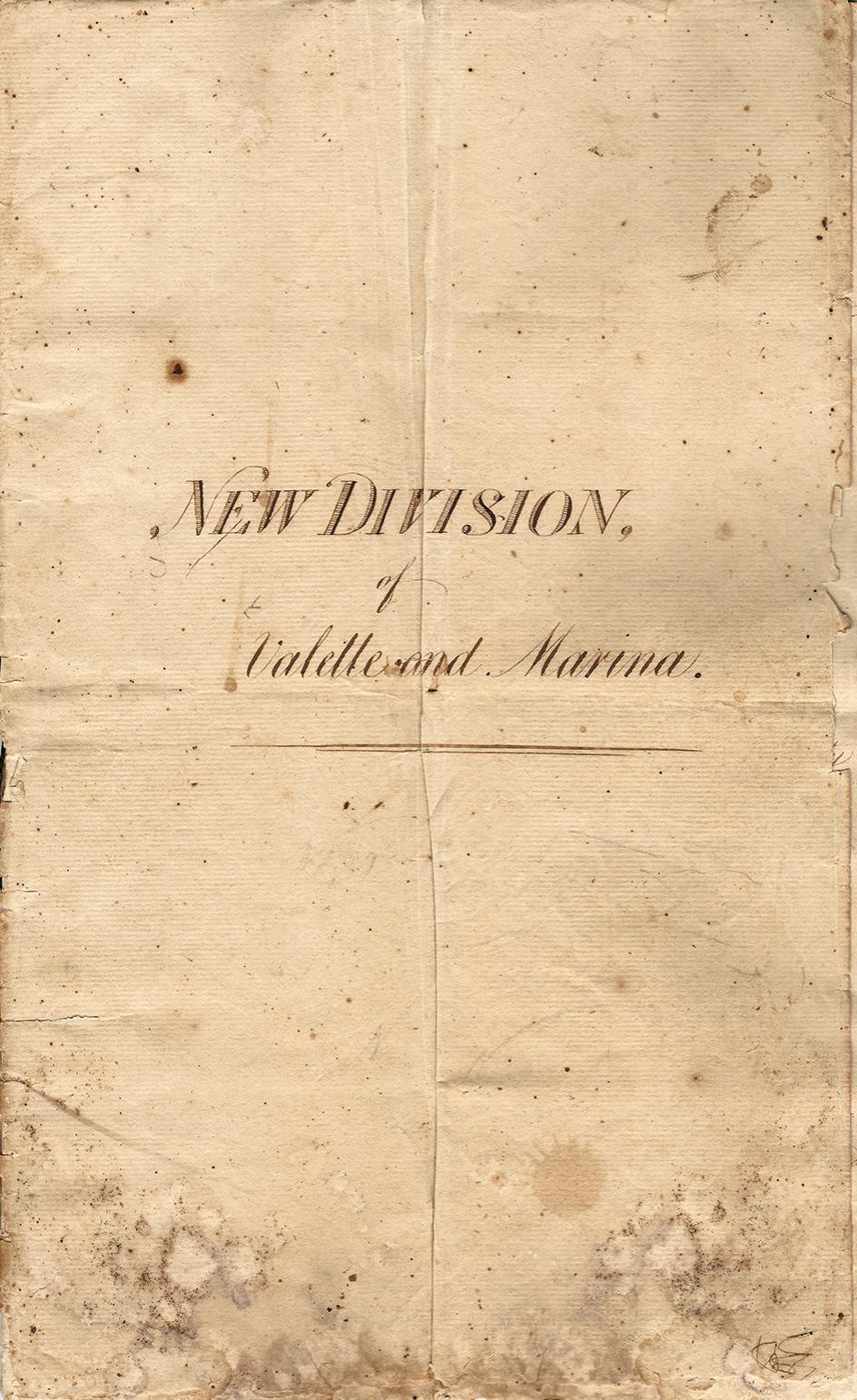 The cover page of the ‘New Division’ document.

One deputy would be appointed to each district, representing the police in that district. The deputy would be assisted by a clerk, an attendant or sick searcher and one messenger. Each street was to have a street chief who would issue information as well as gather data from each district deputy. All these were required to reside in the district.

The person in charge of each household would be responsible for displaying on the door of each house a list of all the members residing within that house. Each head of household would appear at the door when the deputy and his clerk made their daily rounds to inform them of any sick persons in that dwelling.

It was desirable that each district would have a chaplain authorised by the bishop to administer the sacraments so as not to break quarantine. Each chaplain would report to the parish priest.

Each district would have one oven and at least one baker, who could bake sufficient bread for the district. 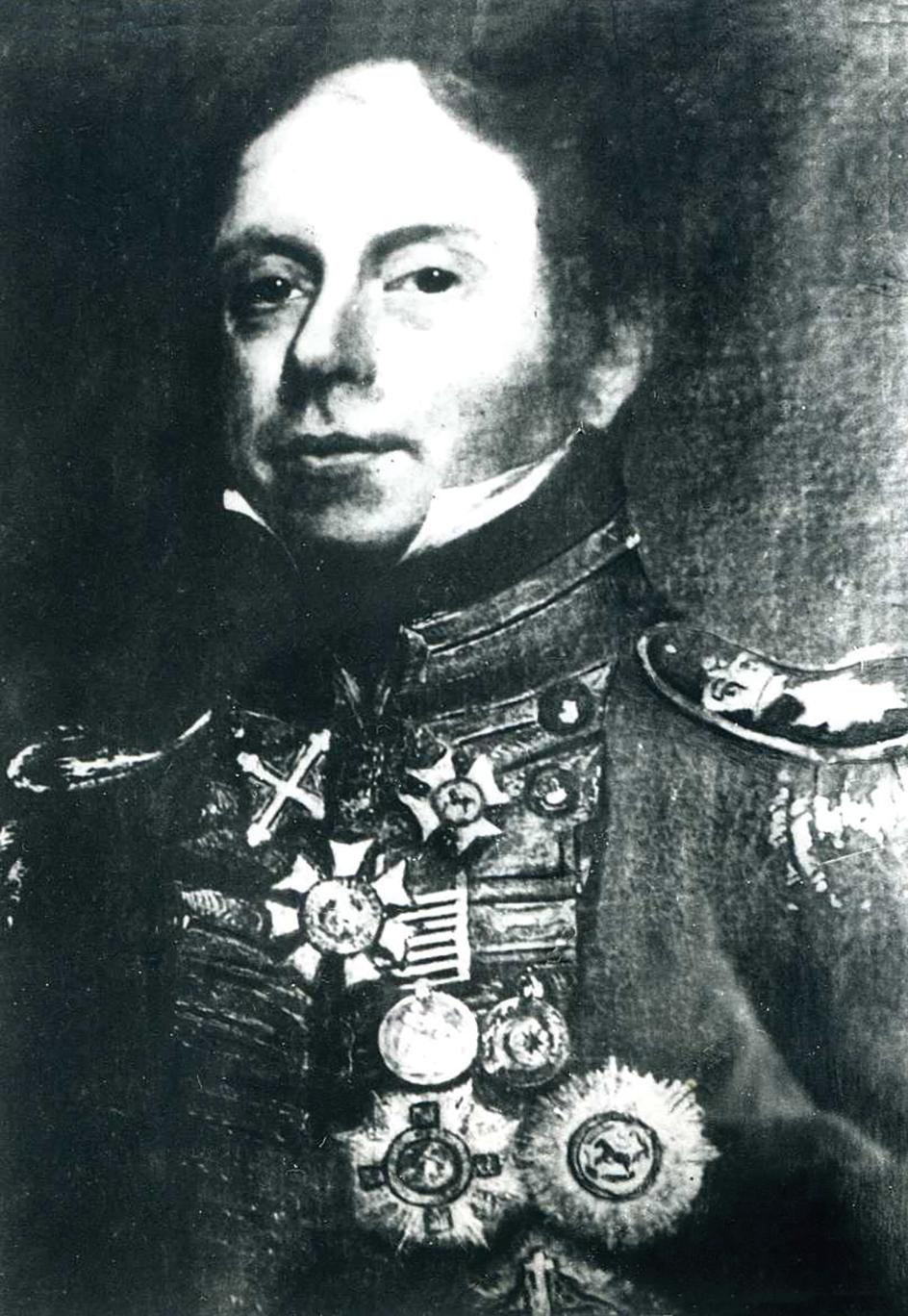 Each district would be stocked with sufficient medicines (unspecified) to care for any suspected or actual cases of illness.

A physician would be given charge of a number (unspecified) of districts; a physician’s mate would be assigned to a minimum of two districts.

The detection of any suspicious symptom would be reported immediately to the proto-medico who would pass on this information to the government.

As soon as the plague was detected, a whole series of measures would be set in motion. These orders or directives were subject to capital punishment if not observed. They included: changing one’s place of residence without permission; not declaring one was infected or that anyone in their family was infected; concealing, stealing or selling items that might be infected; and not obeying quarantine regulations.

Each district was to isolate itself by installing barriers between it and its neighbours to ensure that no inhabitants left or entered a district without permission. Guards would be mounted at each barrier. Only one access point would be used for allowing provisions to enter. Goods crossing the barrier would be washed with water and vinegar.

All gates of the city would be shut and all unofficial communications with the outside were to be terminated. No sailing vessels would be allowed to leave the Grand Harbour.

Only the district(s) in which the plague had been detected would go into quarantine where all public spaces, shops, churches, etc, would be closed and the inhabitants required to remain indoors. In these cases, the authorities would be required to provide each household with provisions.

In those districts where there were no reported cases of the plague, inhabitants were still allowed to walk around and visit churches, coffee houses and shops; the deputies were even required to ensure that the latter were adequately supplied.

The measure which might be considered the most striking is the fact that the deputies were charged with the task of finding out who the person(s) infected may have communicated with in the last eight days. This demonstrates an early form of contact tracing being proposed even in 1813.

We can see from the above that the basic principles of isolation and quarantine were understood even 200 years ago. These principles are equally valid today, so those who flaunt these simple rules are putting not just their own health but also that of their neighbours and relatives at risk.