Sunday, August 1, 1574, witnessed the arrival in Malta of the Brescia-born Monsignor Pietro Dusina (frequently mistakenly written as Duzina or Duzzina) with a papal brief, dated July 3, 1574, nominating him Inquisitor for the Maltese islands. 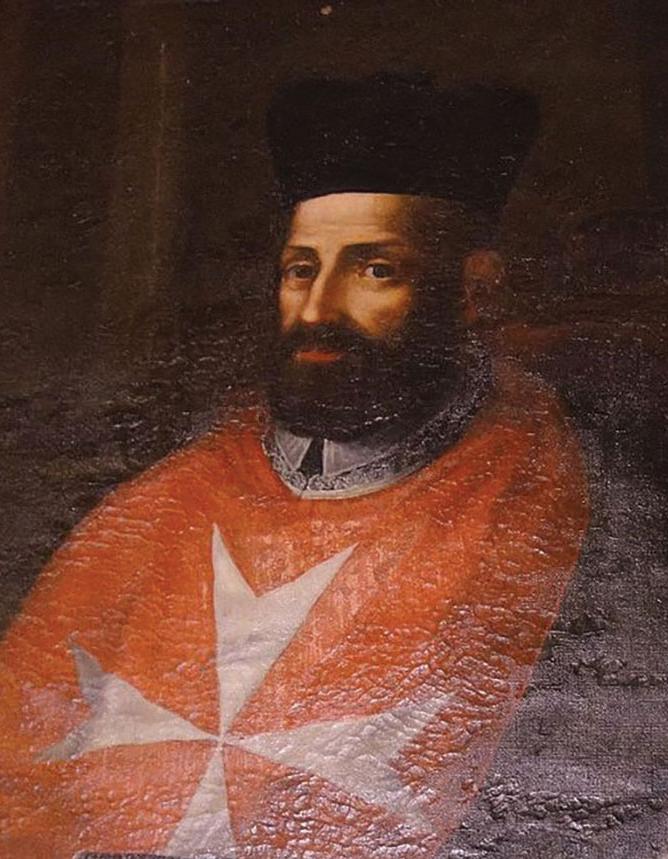 Bishop Mgr Domenico Cubelles, Malta’s first inquisitor, who held office from 1561 until his death in 1566.

Many people erroneously think that Dusina’s arrival in Malta signified the establishment of the Tribunal of the Inquisition in these islands but this was not so. Previously, inquisitorial powers had been conferred on the local bishop and this authority was not really revoked in 1574 but temporarily suspended. Yet, Dusina’s arrival heralded a list of 62 inquisitors appointed directly by the Holy See at Rome and no other Bishop of Malta was ever appointed to this office again.

The Inquisition was an ecclesiastical tribunal which held proceedings against whosoever erred or propagated teachings contrary to the tenets of the Catholic Church. It was held that evildoers had to be corrected and meted due punishments, the latter even including the death penalty. Actually, there were different types of inquisitions, including the Inquisition of the Middle Ages, the notorious Spanish Inquisition (mainly responsible for the bad name the Inquisition in general has ‘enjoyed’ throughout the ages) and the Roman Inquisition. 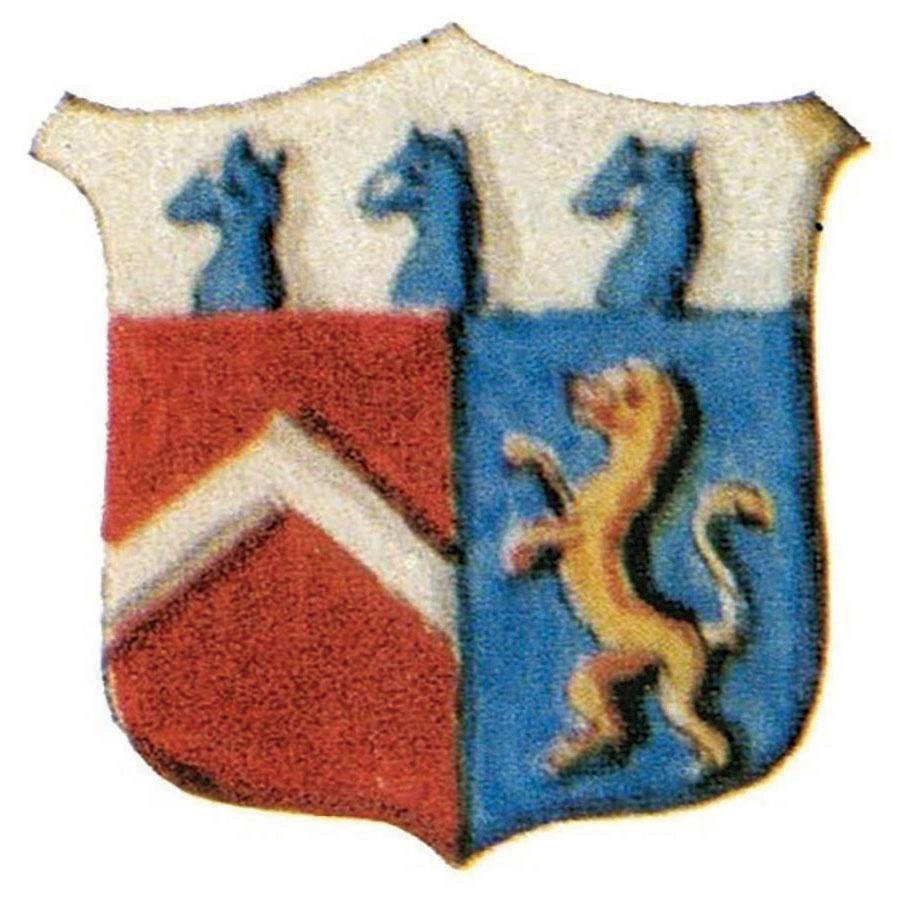 In medieval Malta, there were minor ties with the Inquisition of the Middle Ages which had been set up by Pope Lucius III in 1184. However, small and sparsely-populated Malta did not warrant having a resident inquisitor, especially when one notes that even the local bishops usually resided in Sicily. So, the Inquisitor of Palermo had his delegate or commissioner in Malta.

After 1530, when Malta was bestowed in fief to the Order of St John, the Knights wanted to assert their independence from Sicily, including the severance of ecclesiastical ties with Palermo. So Grand Master Juan d’Omedes (1536-53) instituted a sort of inquisition by appointing a Conventual Chaplain and three knights with some sort of inquisitorial powers. However, in 1542, Pope Paul III reorganised the Inquisition Tribunal and started the Roman Inquisition, also known as the Holy Office, which was created to mainly help defend the Catholic Church from Protestant teachings. Some of the Knights of Malta hailed from countries where Protestantism was rife and this led to fears that the new heretical teachings would take root in Malta as well. Therefore, such an important tribunal could not be left in the hands of the Order. 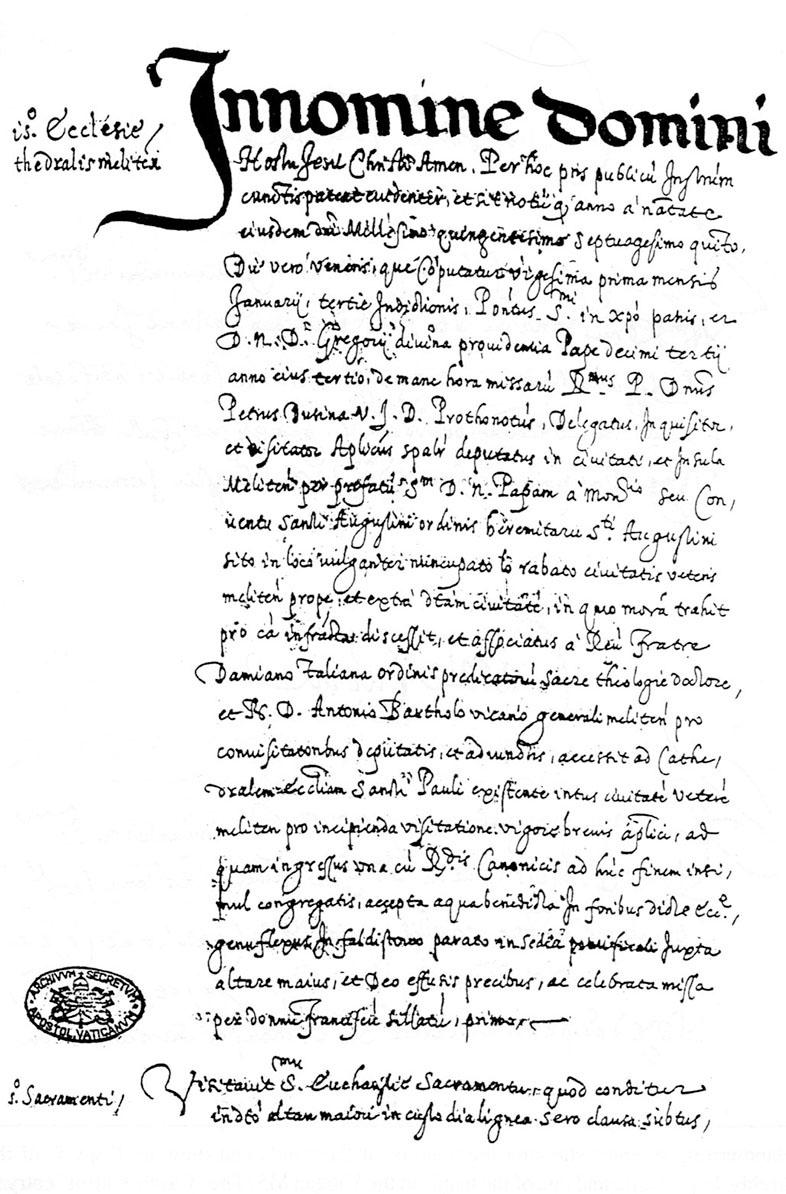 The beginning of the report of Mgr Pietro Dusina’s apostolic visitation of Malta in 1575. Photo: Courtesy Vatican Secret Archives

Because the Maltese islands are so small, it was decided that inquisitorial powers should be vested in the local bishop. A papal brief, dated October 21, 1561, decreed that the Bishop of Malta, Mgr Domenico Cubelles, would be Malta’s first inquisitor. This was disliked by the Knights but they were mollified when it was established that proceedings against a Knight of the Order could only be carried out if the Bishop-Inquisitor was assisted by the Grand Master, the Prior of the Conventual Church and the Vice-Chancellor of the Order.

Bishop Cubelles passed away in 1566 but his successor, Mgr Martino Royas, was not appointed to the bishopric before 1572. This came about because of the difficulty to choose the right person to carry out the dual episcopal and inquisitorial duties since the Knights themselves had a say in the choice of a new bishop. 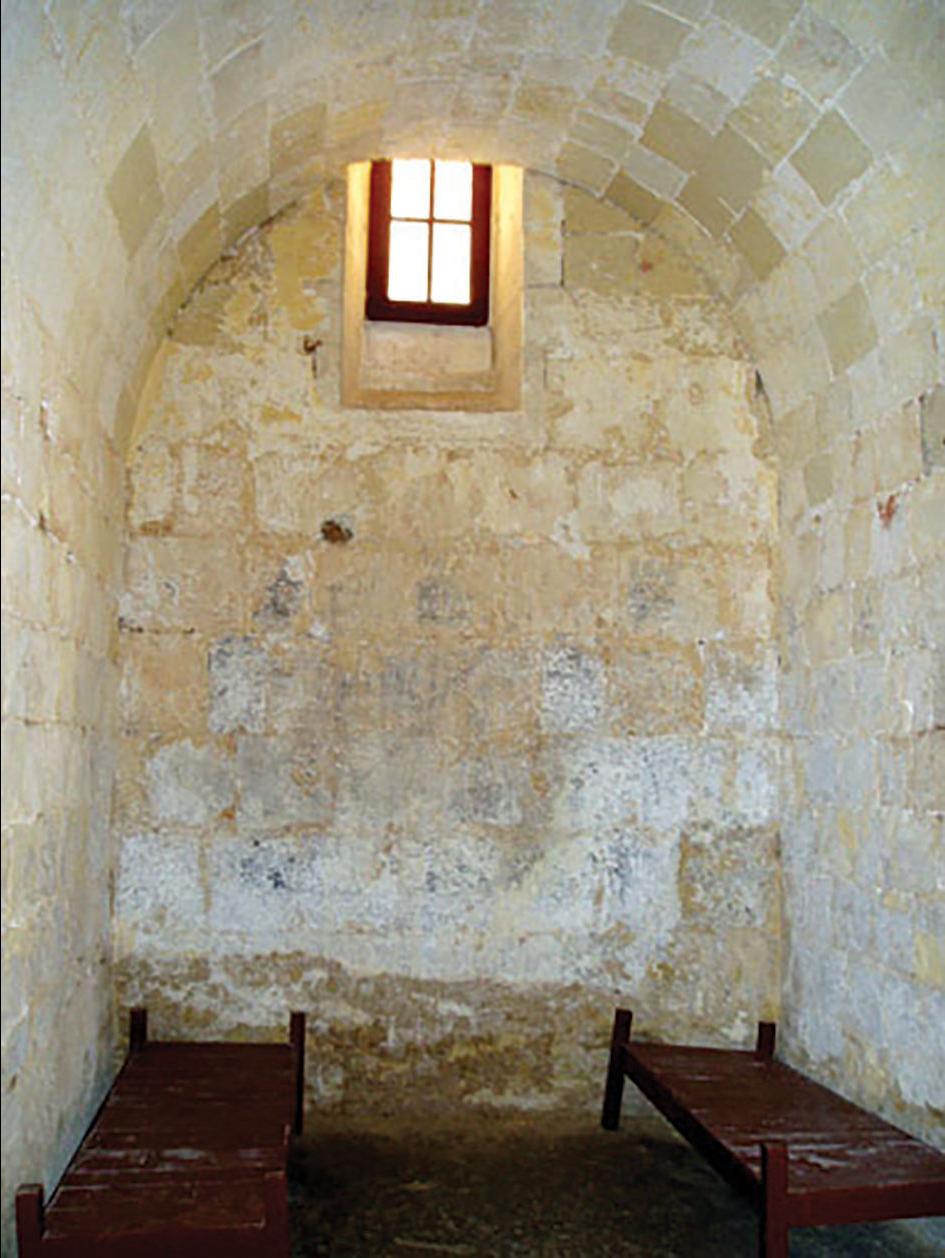 A cell for prisoners in the Inquisitors’ Palace, Vittoriosa. Photo: Courtesy of Heritage Malta

Royas was also given inquisitorial rights and duties which were clarified in a brief dated March 20, 1574. However, both Bishop Royas and Grand Master Jean Levesque de Cassiere were hostile to each other and Pope Gregory XIII concluded that proceedings against members of the Order were being hindered and prolonged by the Knights themselves. The result was that the Order was divested of all rights in cases connected with members of the Order.

On the other hand, the Knights had little regard for the bishop and accused Royas of ambition. The dispute became so heated that Royas did not dare, in his inquisitorial capacity, judge any member of the Order. It was against this background that Grand Master de Cassiere convinced the Pope that the local bishop should not also be the local inquisitor. This was the reason why Dusina was sent to Malta. His nomination was published in Malta, at the Conventual Church, on August 8, 1574.

Mgr Dusina and his successors were not more inquisitors but also apostolic delegates, that is, delegates of the pope in Malta

Mgr Dusina and his successors were not mere inquisitors but also apostolic delegates, that is, delegates of the pope in Malta. But the first envoy had even more papal support because the Pope chose him to perform the duties of Apostolic visitor to the Maltese diocese. 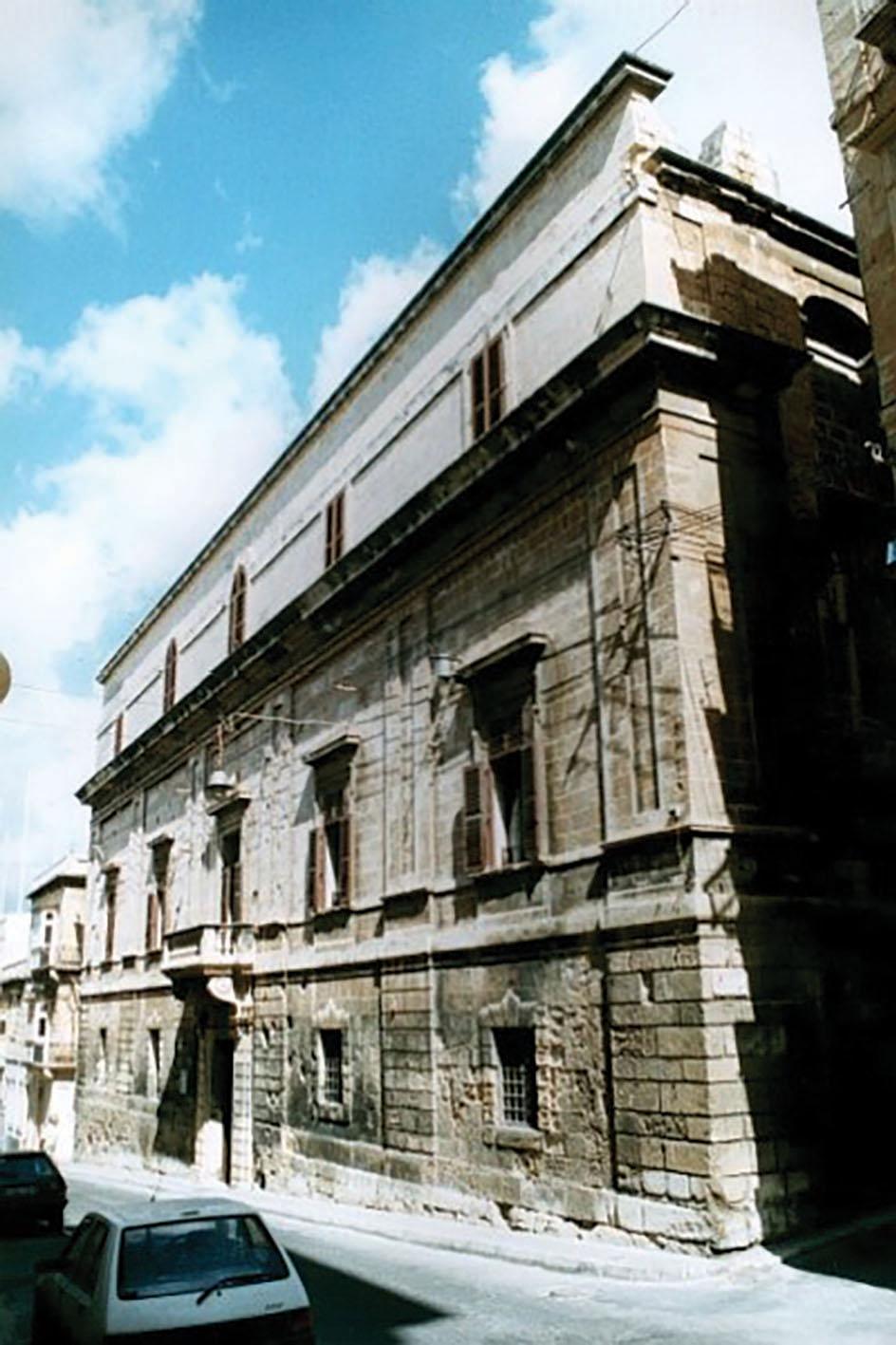 The façade of the Inquistors’ Palace. Photo: Courtesy of Heritage Malta

On December 1, 1574, Dusina notified this new authority vested in him. As was to be expected, Bishop Royas and the Cathedral Chapter protested to the pope but their protests were to no avail. On January 28, 1575, Pope Gregory XIII confirmed Dusina as apostolic visitor and added that ecclesiastical penalties would be inflicted on the bishop if the papal delegate was impeded in any way from carrying out his duties.

Dusina’s apostolic visit of 1575 is considered a landmark in the history of the Maltese islands. He visited every parish, every church and every village, and left for posterity a detailed record of what he found. His report abounds with so much information and so many details that it is virtually impossible to research or survey Maltese history of the second half of the 16th century without referring to it.

Happily, various hand-written copies of the report are still extant in the National Library of Malta and the Archiepiscopal Archives, apart from the copy at the Vatican Archives that was published by the University of Malta in 2001, a very welcome boon for history researchers. It was transcribed by professor Stanley Fiorini and the late Rev. George Aquillina, OFM, who also included a number of appendices, glossaries and indices, thus making the publication a very important work of reference. 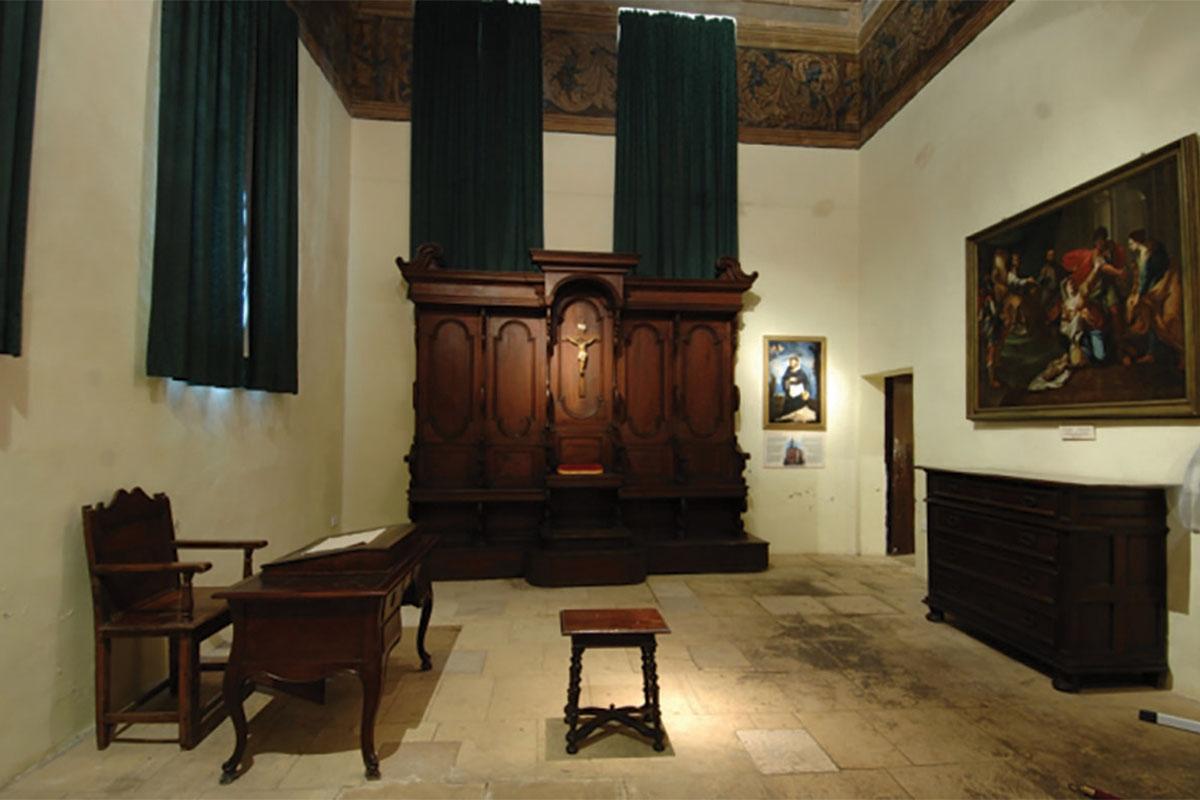 The court room in the Inquisitors’ Palace. Photo: Courtesy of Heritage Malta

Dusina was certainly less successful in his efforts to set up a local seminary in accordance with the decrees of the Council of Trent. In fact, for various reasons that cannot be explained in this article, the local seminary did not see the light of day before 1703.

Mgr Pietro Dusina’s signature in his 1575 visitation report of the Maltese Diocese. One must here note how the signature is spelt. Photo: Courtesy Of Vatican Secret Archives

The first cases heard by Mgr Dusina, in his capacity of Inquisitor, were on August 25, 1574 and the last case at some time in May 1575. During this eight-month period, 26 cases were brought before this tribunal. Dusina left Malta probably in May 1575 because his successor, Mgr Pietro Sant’Umano, heard his first case on June 4, 1575.

At first, Dusina’s arrival was welcomed by Grand Master de Cassiere who even wrote to Pope Gregory XIII on August 5, 1574, thanking him for sending the inquisitor. He must have felt satisfied at having managed to divest the bishop of his inquisitorial powers. But he lived long enough to regret his short-sighted action because the Order had no say whatsoever in the choice of the inquisitors sent from Rome, and it was on this representative that the Holy See came to rely on rather than on anyone else. With the coming of these inquisitors, there were now no less than three authorities on the island, all three having more than conflicting interests.

The Maltese Inquisition was housed at what was formerly the Order’s Castellania (Law Courts) at Vittoriosa which has become known as the Inquisitors’ Palace. This building was residence, court and prison for the inquisitors who were regularly sent to Malta, usually for a relatively short term of duty.

The vast majority of Dusina’s 61 successors were trustworthy and able prelates. In fact, only one of the them – Lionello della Corbara (1608) – was ever recalled to Rome. Gio. Battista Gori Pannellini (1639-46) and Giulio degli Oddi (1655-58) were not really suitable for inquisitorial duties but the others did not disappoint Rome.

About 20 rose to become cardinals, most of the others were eventually nominated to bishoprics while two of Malta’s inquisitors were elected to the papacy: Fabio Chigi (1634-39) and Antonio Pignatelli (1646-49) who took the titles of Alexander VII (1655-67) and Innocent XII (1691-1700) respectively.

Although the image above said to be of Mgr Pietro Dusina has for many years always been associated with Dusina, this is incorrect.

The image, a 16th-century oil-on-canvas painting, is actually of Marianus Testaferrata, who died in 1571. The figure is portrayed holding a book with the name of Dusina on the cover, hence the mistake.

So far, it seems no image of Dusina has come to light, neither in Malta nor in his native Italy. This new information was sent to me by researcher/photographer Daniel Cilia after the publication of the article. The mistake is regretted and I thank Mr Cilia for pointing out the correct information.