Carnival celebrations normally, though not always, take place in February each year, and traditionally, these celebrations have been celebrated in Malta for hundreds of years. Nowadays, every year, we are presented with an organised spectacle of colour and merriment in which many people take part and look forward to. 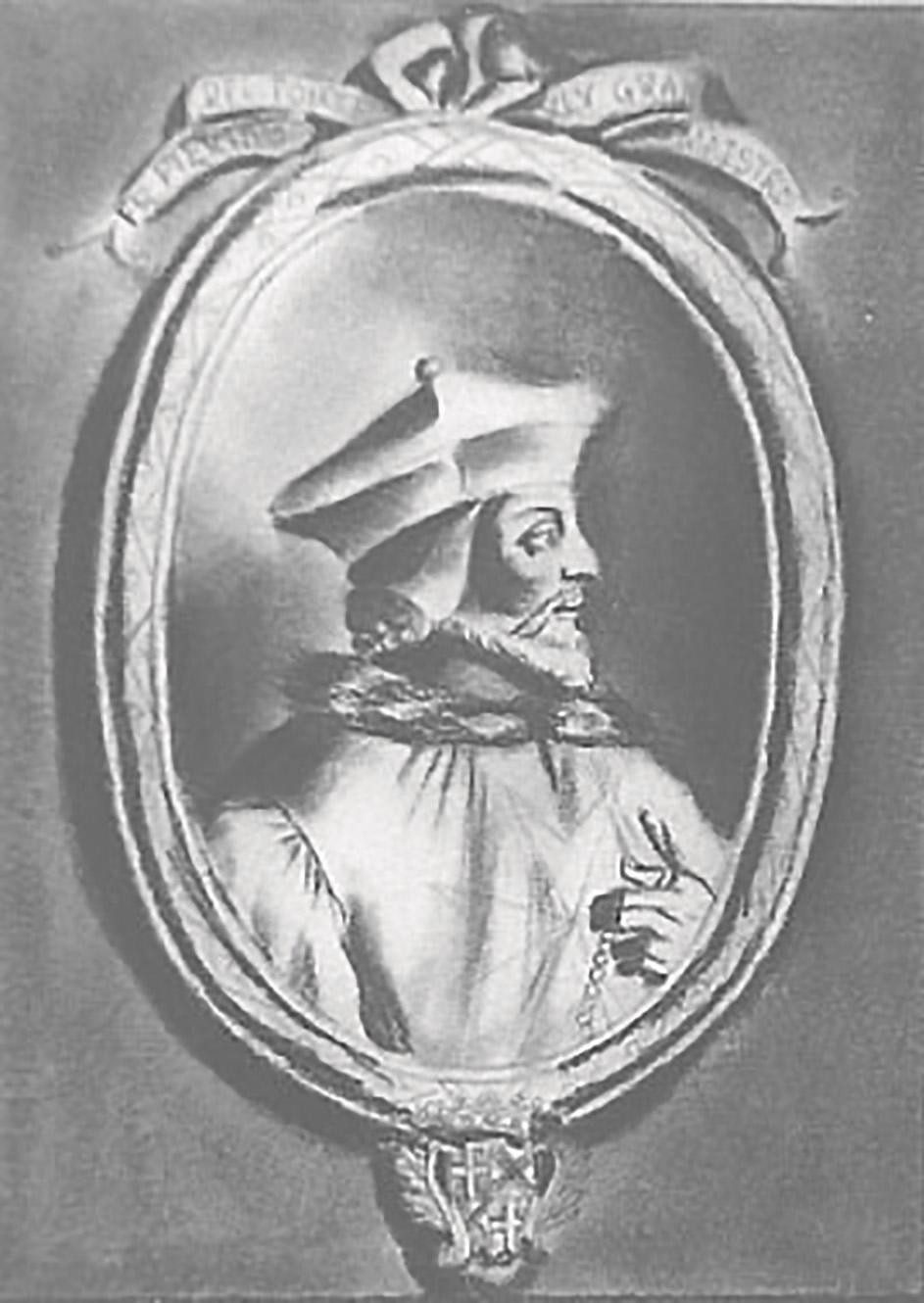 Grand Master Pierino di Ponte (1534-35) strongly disapproved of the behaviour of some knights during the 1535 carnival celebrations.

The traditional date for carnival is on the last days before the onset of Lent as it is supposed to preceed the 40-day sombre period of penitence in preparation for Good Friday and Easter.

As a traditional feast, carnival in Malta harks back to at least the 15th century. Its popularity seems to have diminished in the 19th century during British rule but came back with a bang in the 20th century and is still going strong nowadays.

Up till a couple of decades ago – and unfortunately, this misinformation is still being repeated ad nauseam – it was thought that carnival celebrations in Malta were introduced by the Knights of St John in 1535, almost immediately after they arrived on the island in 1530. But this is incorrect and is based on a mistaken interpretation of what was published by Giacomo Bosio (1544-1627), the well-known historian of the Order of St John.

Bosio wrote that during the carnival of 1535, the Knights, jousting with lances and rapiers, joined up with a number of masked revellers at Vittoriosa. This unseemly behaviour greatly displeased the reigning Grand Master Pierino di Ponte (1534-35) who condemned this behaviour by the participating knights as stupid, irresponsible and abusive. One must here bear in mind that the Knights were members of a religious order and Di Ponte’s displeasure has to be interpreted from this point of view. 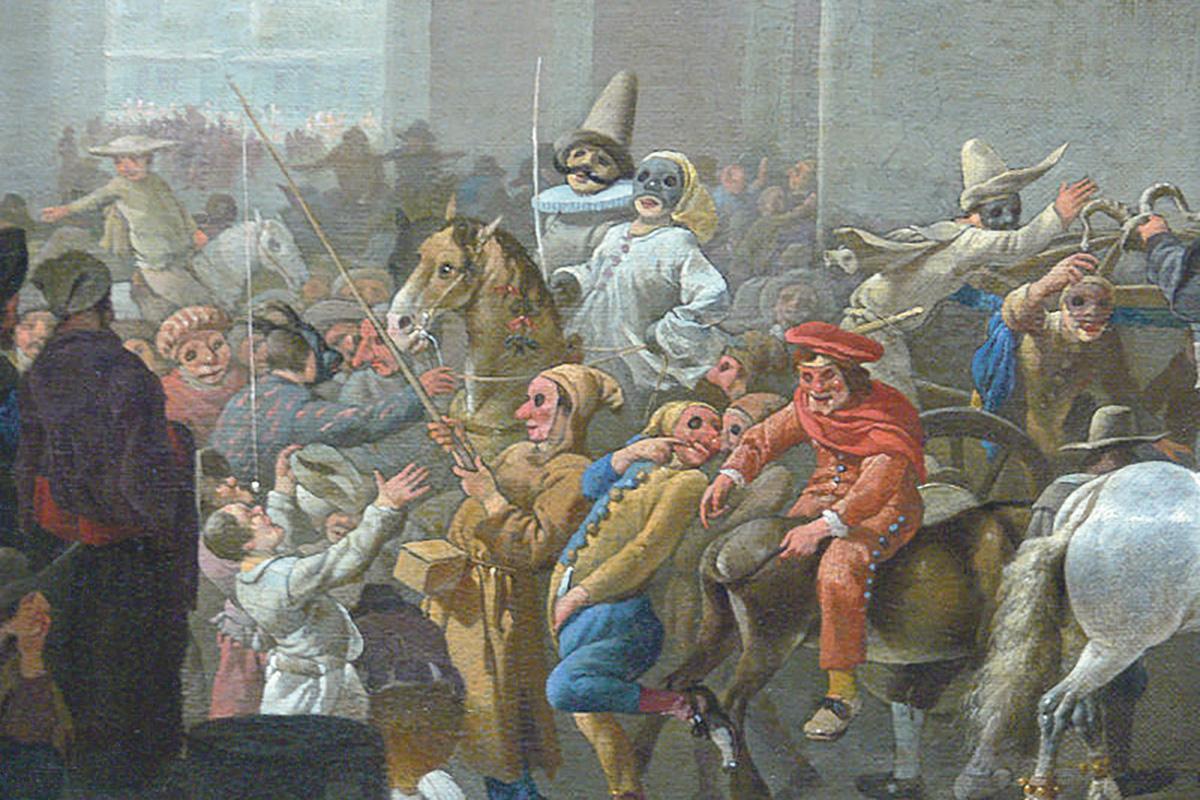 Carnival revelry at Rome in the mid-17th century. 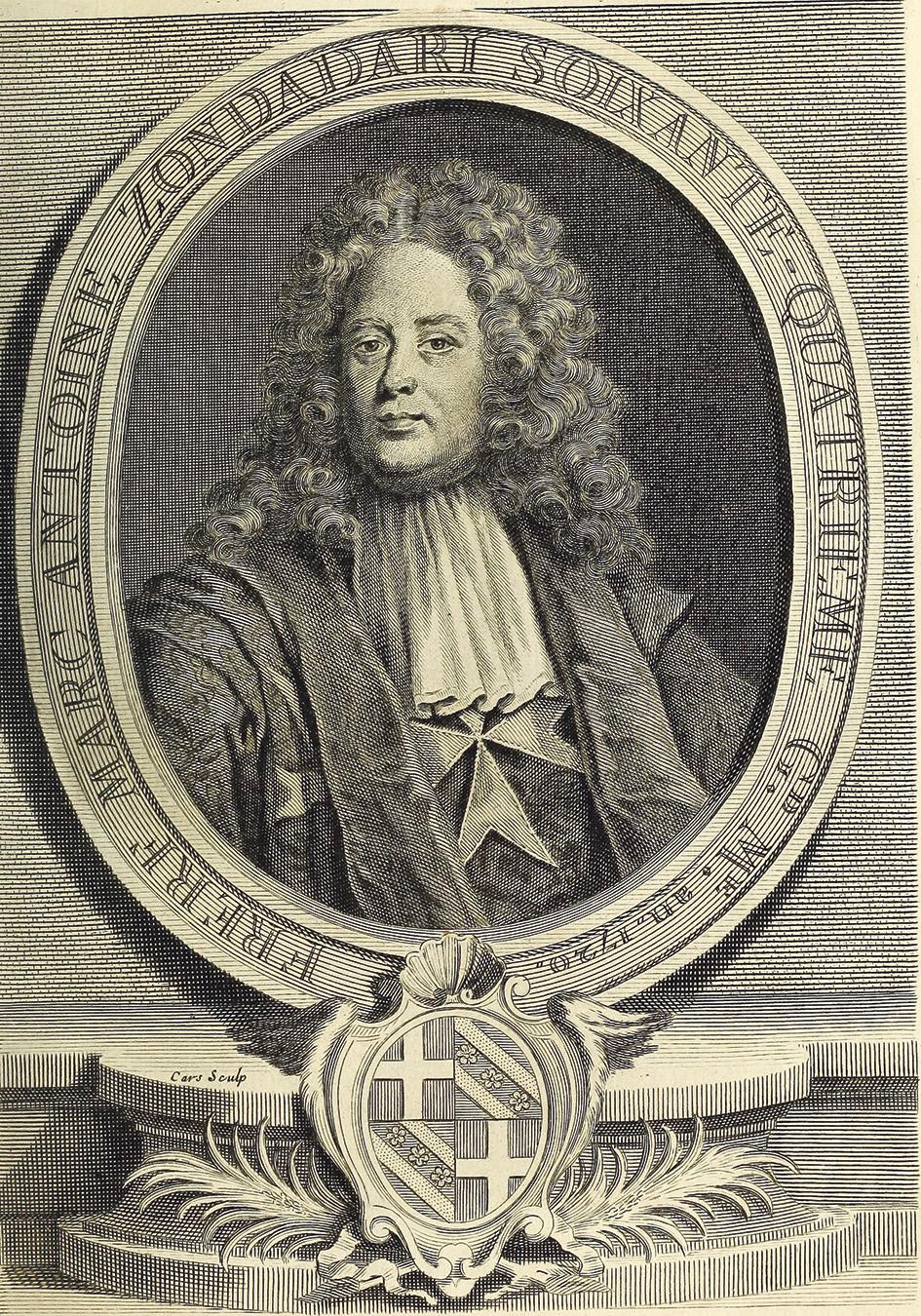 Marc’Antonio Zondadari (1720-22) was the Italian grand master who introduced the Kukkanja in Malta in 1721. It is based on a Neapolitan tradition.

One has also to point out that Bosio did not report that the 1535 celebrations were the first to be held in Malta. He simply recorded what had happened and the Grand Master’s reaction. The fact that this was the very first time that these celebrations are mentioned in a publication does not entail that they were introduced in that particular year and that there had not been similar celebrations in previous years.

Malta had had contacts with mainland Europe long before the coming of the Order. These contacts had existed for centuries before the arrival of the Knights, though admittedly, they increased greatly after 1530. Carnival celebrations had existed in Europe for centuries before 1530 and it should surprise no one to be told that this tradition had arrived in the Maltese islands during the medieval period.

On the other hand, it is very probable that carnival celebrations increased in intensity and that customs changed – and new ones introduced – during the rule of the Order.

In the pre-1530 medieval archives of Malta, there are various references that leave no shadow of doubt that carnival in Malta was celebrated in the 15th century.

These references occur in the minutes of the meetings of the Mdina town council, known as the Università, which was also the local administration, and the accounts of the Santo Spirito Hospital of Rabat. From these references, one immediately realises that carnival brought about a greater demand for meat supplies and that the civil authorities used to issue various decrees to keep the sellers in check and prevent them from increasing prices arbitrarily. 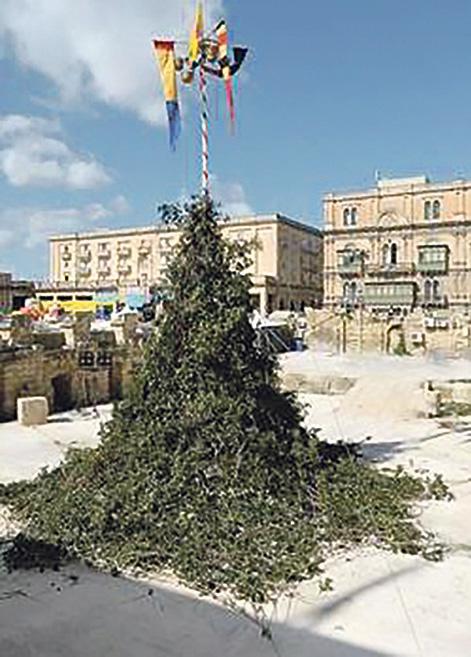 A modern version of the Kukkanja.

Therefore, for example, on February 27, 1468, the council decreed that the price of meat during Carnival had to remain in conformity with the official price issued by the council. On the other hand, by the year 1481, the authorities allowed the price of meat during the two ferial days of carnival to be set at the best price available, so long as the relevant taxes were fully paid up.

The importance of carnival in the 15th century is also reflected in the way the sick patients of Santo Spirito Hospital were treated. The administrative accounts make it very clear that, at carnival, the patients were served much better food than was the case on the other days. These special provisions included veal, cheese, pasta or lasagne and wine, which contrasted with the usual rations of bread, oil and beans served on the other days.

The hospital records also impart more information about carnival. Apparently, the celebrations did not cover three days only but extended over a longer period, at least where food was concerned. For example, in 1520, the three days of carnival occurred from February 26 to 28, but the hospital accounts clearly state that the beginning of carnival was on January 30, which is recorded as the principio di darnival. 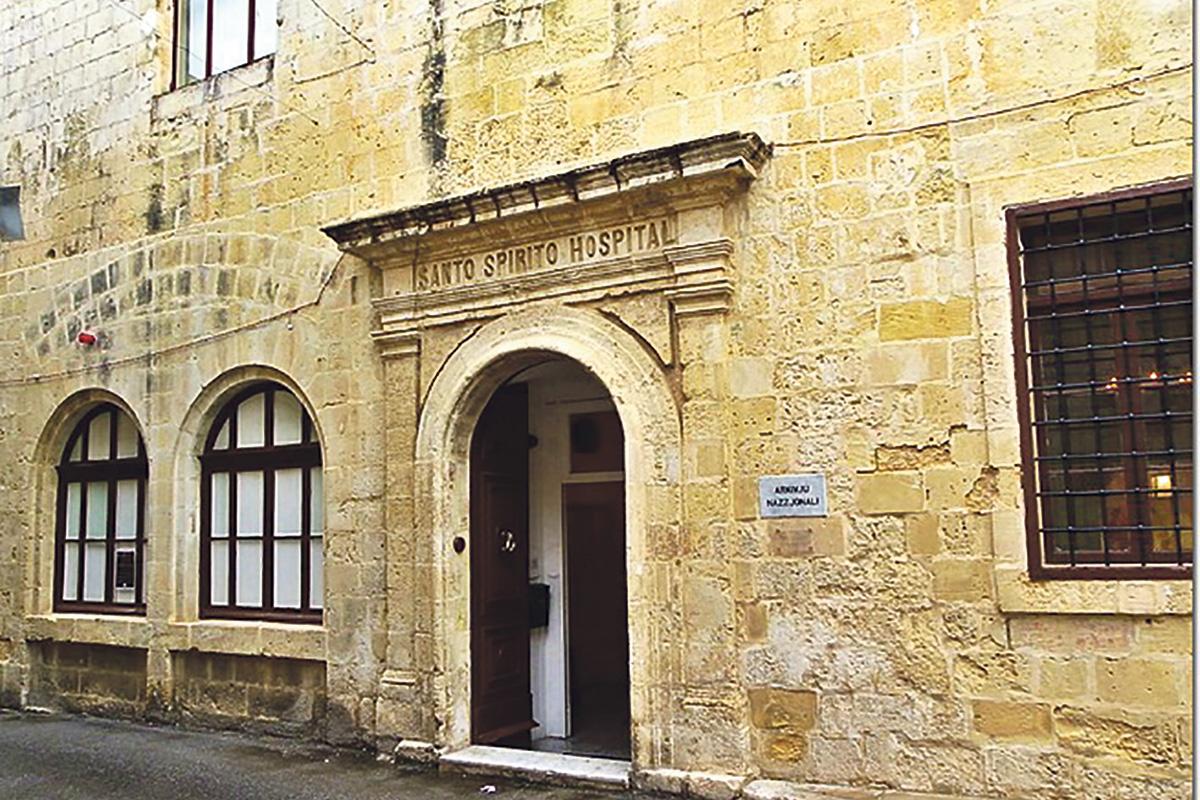 The Santo Spirito Hospital in Rabat, now the National Archives. Patients at the hospital were served much better food rations during carnival.

Perhaps it is pertinent to point out that some overseas cities celebrated an extended Carnival, such as the Carnevalone of Milan, Italy. One cannot exclude the notion that this happened also at Malta and that an extended Carnival was not just a local affair.

Formerly, in the not so distant past, the divisions of the calendar year were calculated in accordance with the principal religious feast of the year, such as the Assumption in August and St Martin in November, to give but two examples. Carnival was accorded the same importance as evidenced by the extant documents of the Mdina town council. These are complemented by the Santo Spirito Hospital documentation that placed Carnival on the same level as the principal religious feasts.

Moreover, there were also people who were actually named Carnevali. In fact, in the 1419-20 local militia register, four men are listed with this name (not a surname but an actual name), three hailing from Naxxar and one living at Qormi. It seems that this name lingered on for some time because it is found again on documentation dated January 31, 1483, and in another two cases at Naxxar in 1546: Carnival Axac (Asciak) and Carnival Maniuni (Mangion).

Another interesting point concerns the qarċilla, an irreverent, comical and satirical mock-wedding recited during carnival celebrations. It is documented that the qarċilla originated in 1713 and continued to be recited, albeit with it lapsing over some years, and naturally with changes and modifications, up till the present time. 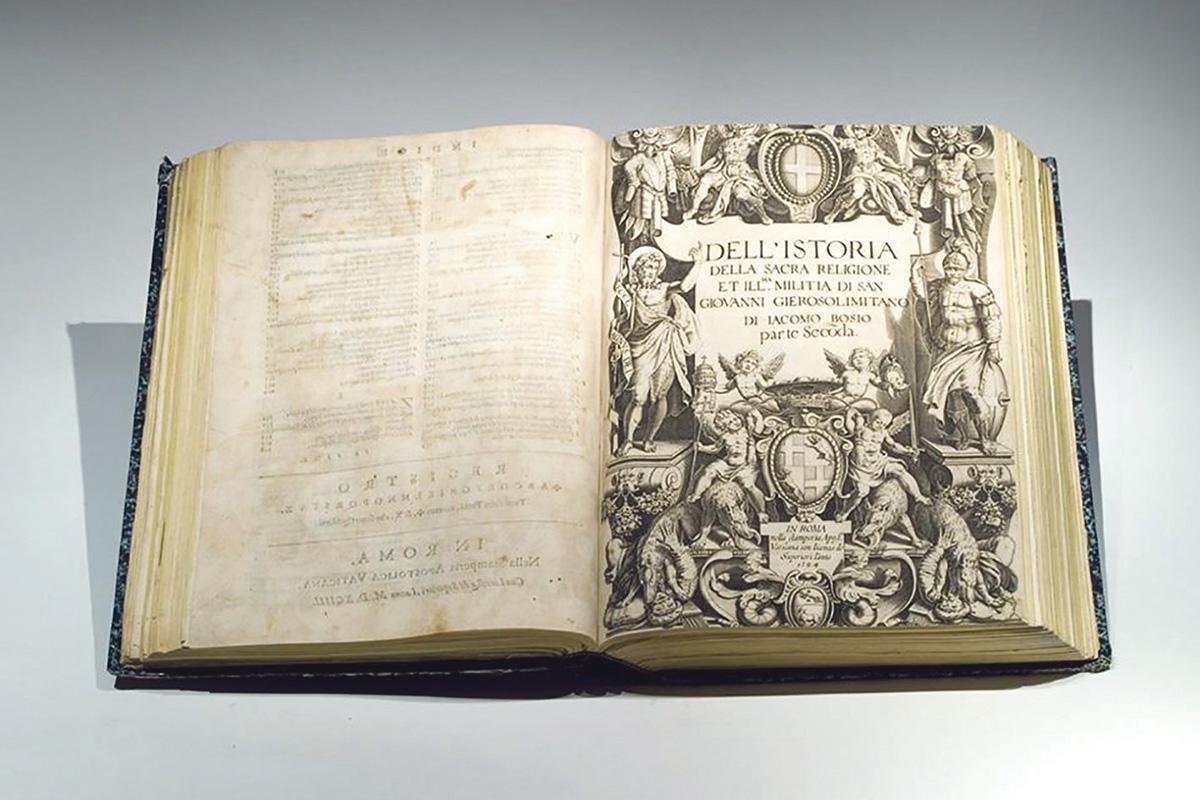 Giacomo Bosio’s History of the Order, which has been erroneously quoted regarding the beginning of carnival celebrations in Malta.

But it is a fact that, among very old nicknames, it is documented that, on February 8, 1531, a resident of Rabat had the following nickname: Joanni Vella alias carchille habitator Rabbati (John Vella known as carchille living at Rabat). This may be interpreted to indicate that some form of qarċilla was already present in Malta before the coming of the Knights.

But no doubt can be entertained about the kukkanja, or cockaigne, which is actually a Neapolitan tradition, in which men vie with each other to climb a greasy pole to obtain the prize at the top. It certainly does not have a medieval origin because it was introduced in Malta by Italian Grand Master Marc’Antonio Zondadari (1720-22) in 1721 and has been, on and off for many years at a time, part of local carnival celebrations.

It is quite clear, therefore, that carnival had been celebrated in Malta for many years before the Order of St John’s arrival at Malta in 1530. So far, details on how these celebrations were carried out are lacking but, who knows, maybe one day someone may be able to discover what has so far lain hidden in the mists of time.

Historian Joseph  Grima, a retired casual lecturer of history and assistant director of education, includes among his publications histories of the Order of St John and of the French in Malta and The Fleet of the Knights of Malta: Its Organisation during the Eighteenth Century. 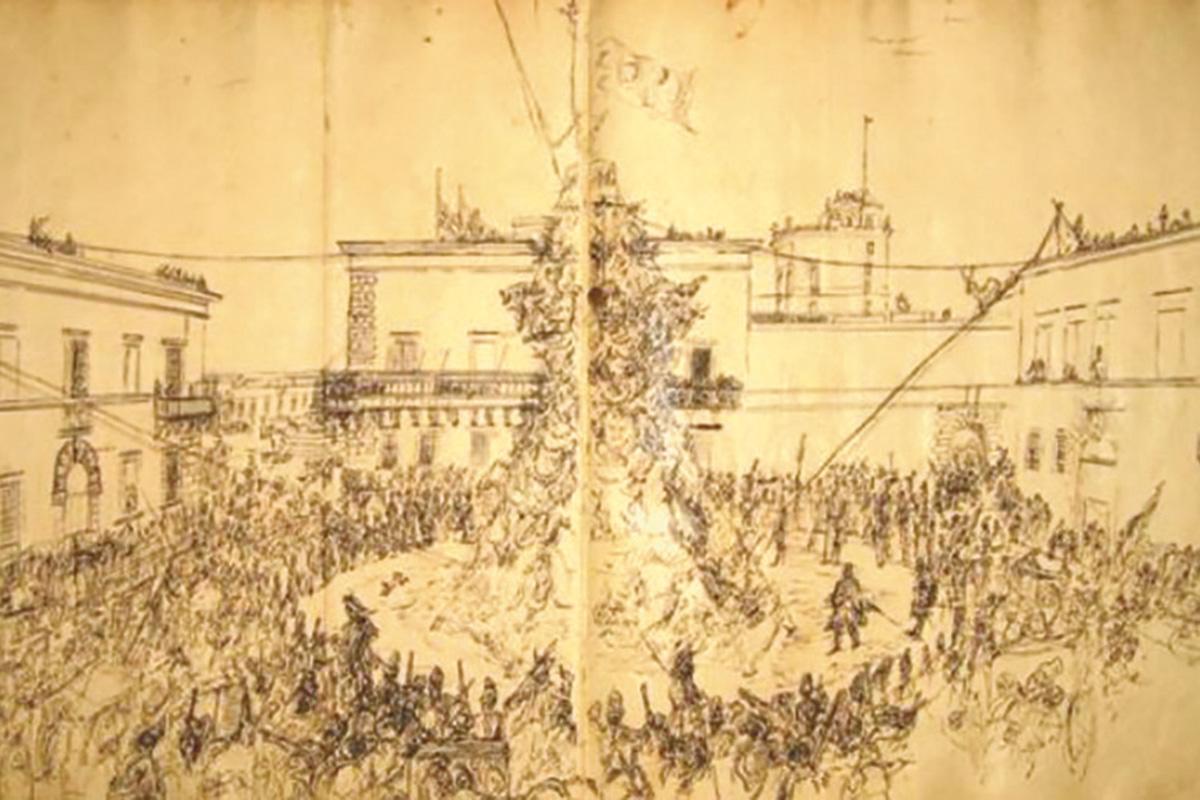 The Kukkanja at St George’s Square, Valletta, in the 18th century.