The 268-year-long rule of the Order of St John over Malta brought about great changes in the life of the islands. Periods of stability alternated with unrest, prosperity with stagnation, enlightened rule with despotism. 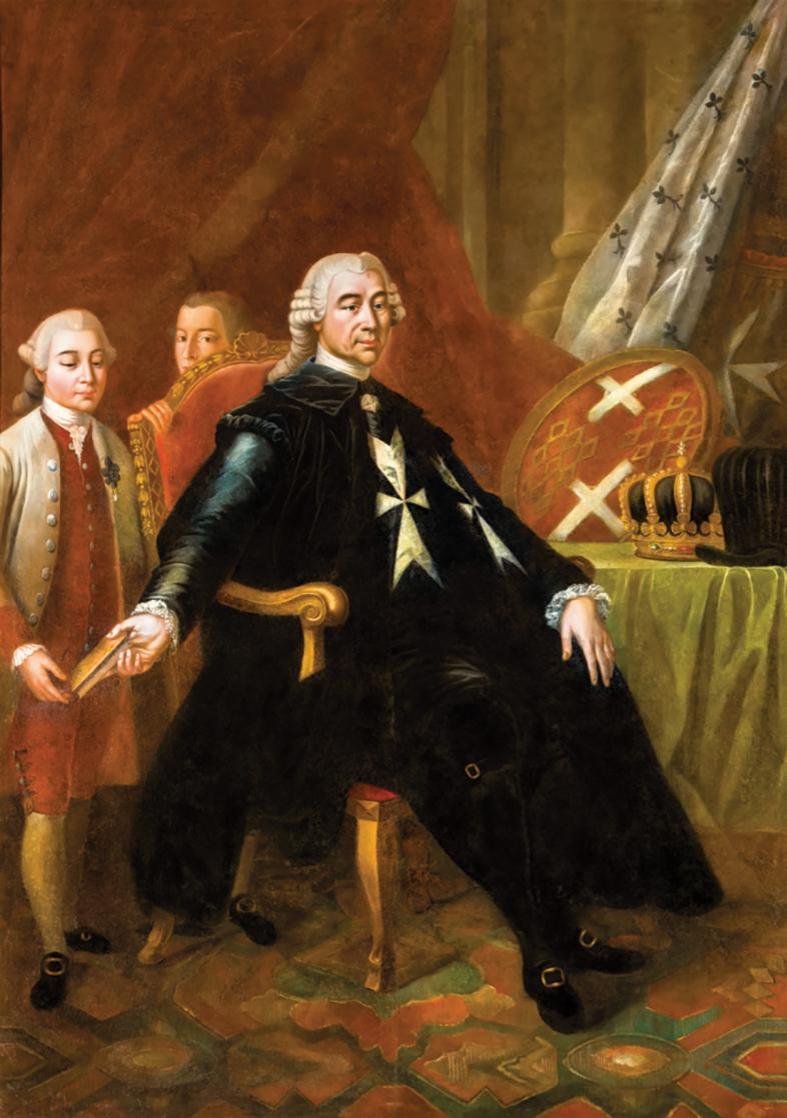 Grand Master Emanuel de Rohan Polduc (1775-97): he continued the trials of the rebels that had started during the rule of his predecessor.

Overall, the Order provided security and prosperity, public utilities, hospitals, education, works of art and entertainment, but nevertheless, discontent with their rule increased during the last decades of the 18th century. Following the despotic and luxury-minded rule of Grand Master Emanuel Pinto de Fonseca (1741-73), during the last quarter of that century Malta was replete with economic and social problems to which the only answer seemed to be open revolt.

In many ways, the Order had kept itself socially apart. The Maltese could only enter its ranks as chaplains. The old Università and its jurats still had many judicial functions and some economic responsibilities but the refusal of the Order to restore and revive the medieval Consiglio Popolare was resented. 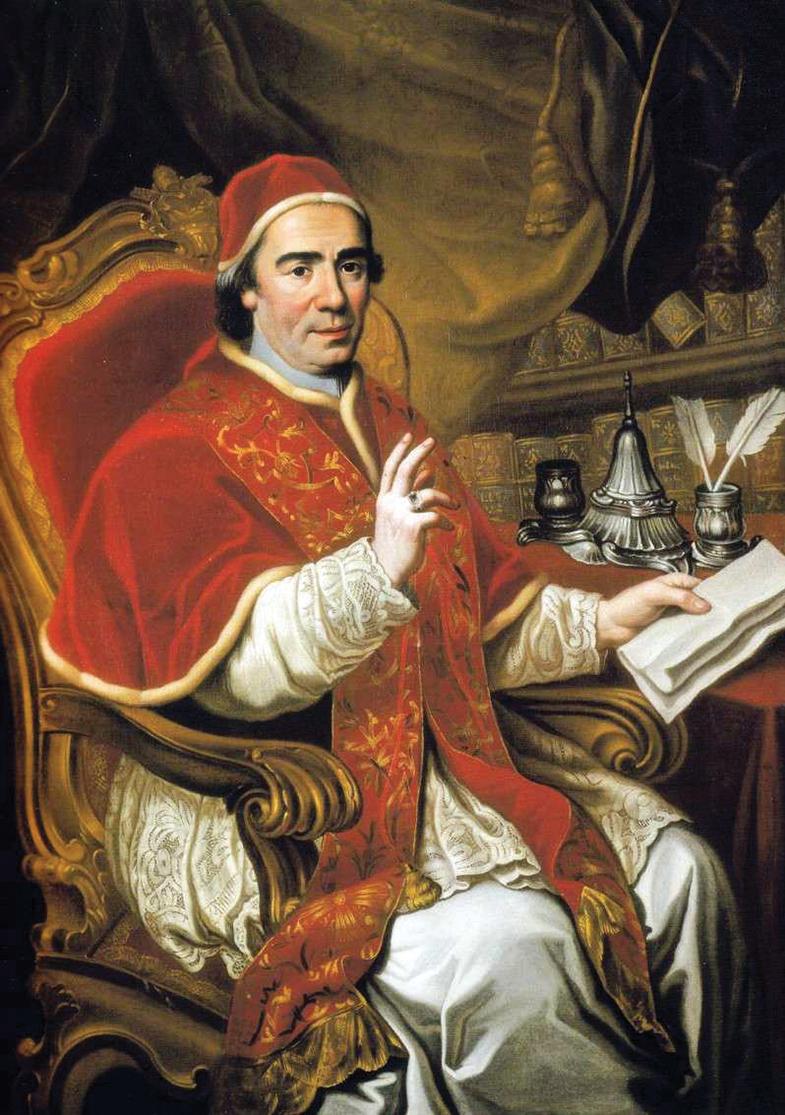 Pope Clement XIV (1769-74): he supplied Grand Master Ximenes with a secret brief allowing him to prosecute and punish ecclesiastics who revolted against the Order.

The 1770s were years of rising prices, increased taxation and an irritating insistence on compulsory militia service at a time when an Ottoman invasion seemed very far away.

Grand Master Pinto passed away in early 1773 and his death probably prevented the outbreak of a revolt which seemed the logical culmination of the tension and spirit of unrest then prevalent in Malta, the result of this ruler’s policy and absolutism based on an ambition to be on a par with European sovereigns.

The cost of living had risen enormously, and Pinto had to lay his hands on the Università’s (and other private) funds to finance his plans. He encroached on the rights of the Università and tried to restrict ecclesiastical privileges and immunities. Moreover, Russia, under Tsarina Catherine II (1762-96), was casting a covetous eye on the island and spread dissatisfaction among the islanders, particularly through her agent, Marquis Cavalcabo. 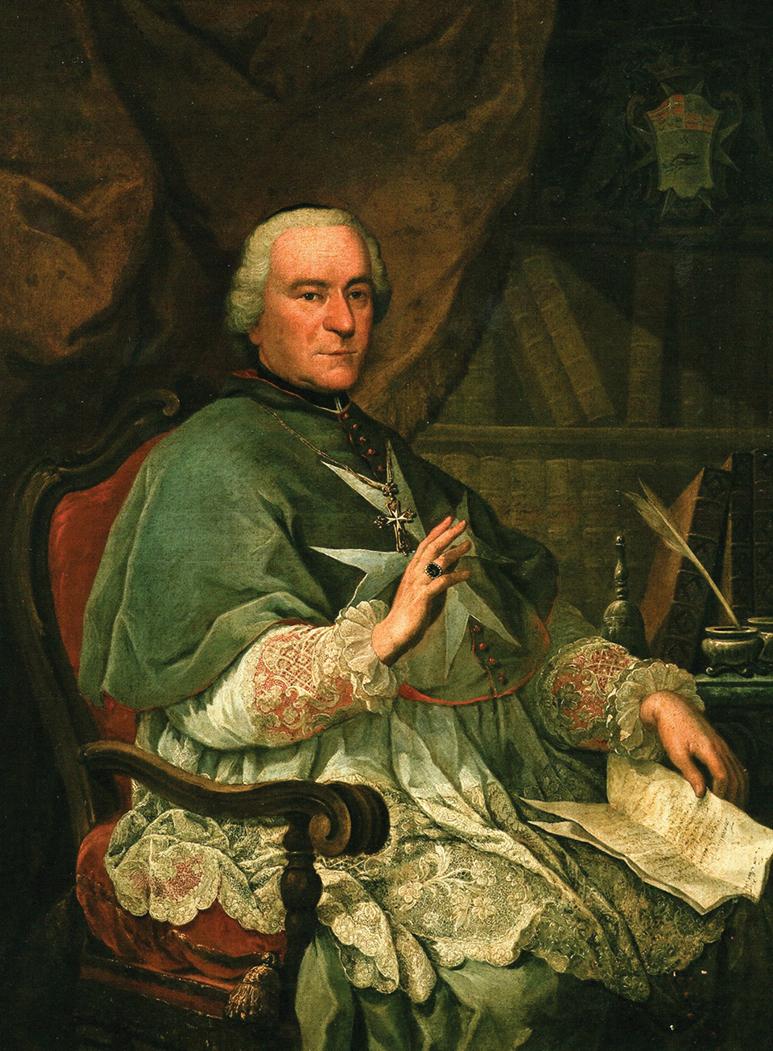 Bishop Giovanni Carmine Pellerano (1770-80) in a portrait by Francesco Zahra (1710-73): considered an upholder of Maltese rights, he was recalled to Rome and never returned to Malta.

Francisco Ximenes de Texada’s election to the magistracy on January 28, 1773, was initially well-received by the population at large because he had seemed to be very friendly and had spoken about administrative reforms and a reduction in the cost of living. However, Ximenes soon found out he could not really live up to his promises and set about to implement a policy of extreme austerity.

He terminated the jobs of all officials considered surplus, reduced the salaries of the civilian employees, sacked foreign lecturers at the University of Studies and imposed a severe general curtailment on public expenditure, his own included. The militia was disbanded and a new tax on corn was imposed on the supplies imported from Sicily. 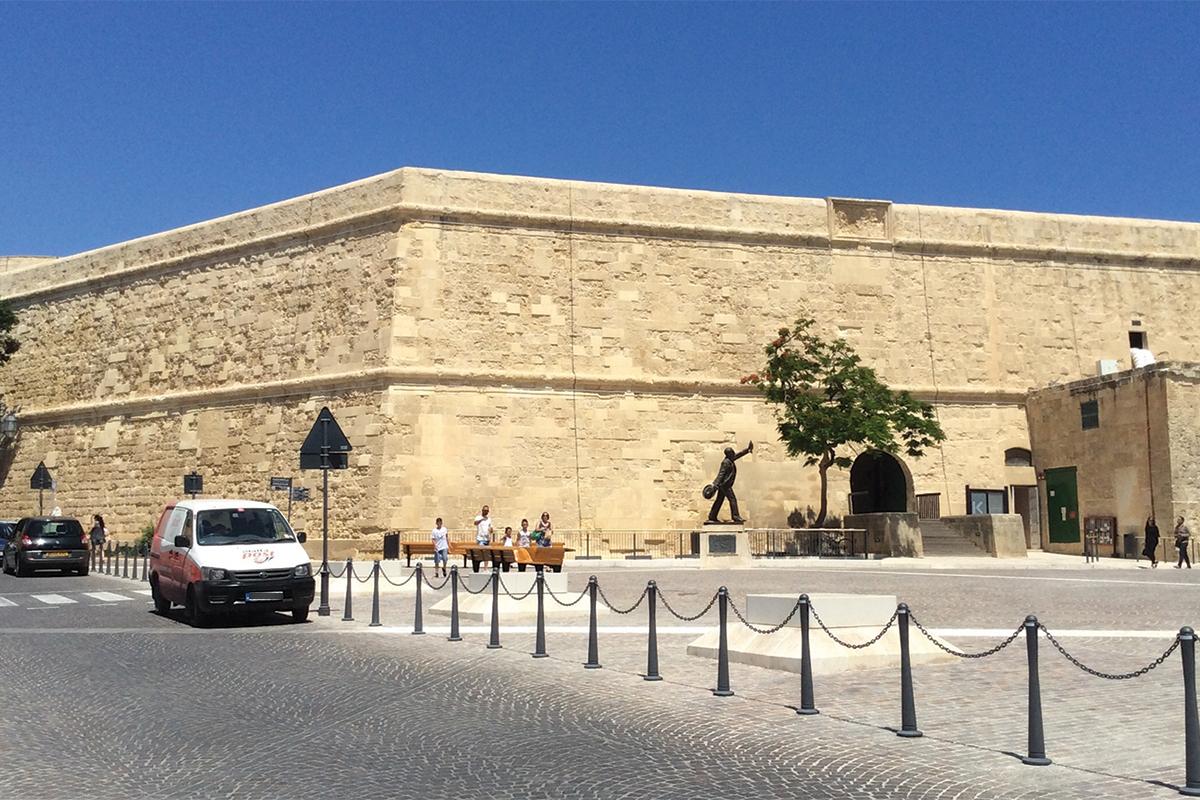 The front and side views of St James Cavalier, Valletta. 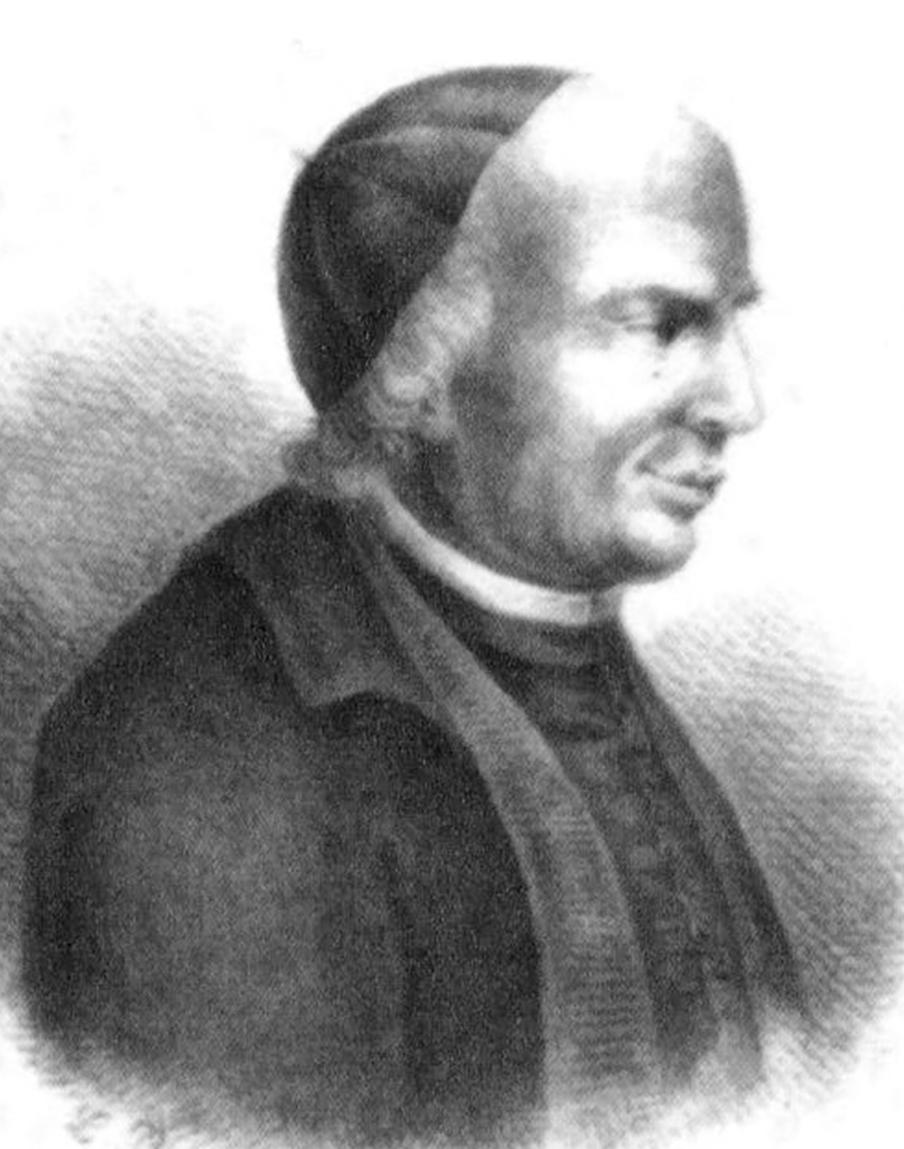 He also obtained from Pope Clement XIV a secret brief allowing him to prosecute and punish, without interference from the local ecclesiastical authorities, any member of the clergy who took part in a revolt.

Wage earners found themselves in a desperate situation as they could hardly make ends meet. Most had to grow crops as a sideline, but this was soon beset by a new difficulty.

To try and bolster up game stocks, a closed season for hare hunting was decreed. This meant, in effect, that farmers had to sit by and allow their crops to be damaged by these pests. Moreover, hunted rabbit meat was an added cheap food item for the family pot that few people could really afford to do without.

After various protests, members of the clergy were allowed to hunt hares in lands pertaining to the Bishop of Malta, Mgr Giovanni Carmine Pellerano. But trouble ensued, including several unsavoury incidents, and Grand Master Ximenes managed to have Bishop Pellerano recalled to Rome. He left in May 1775, never to return to Malta. 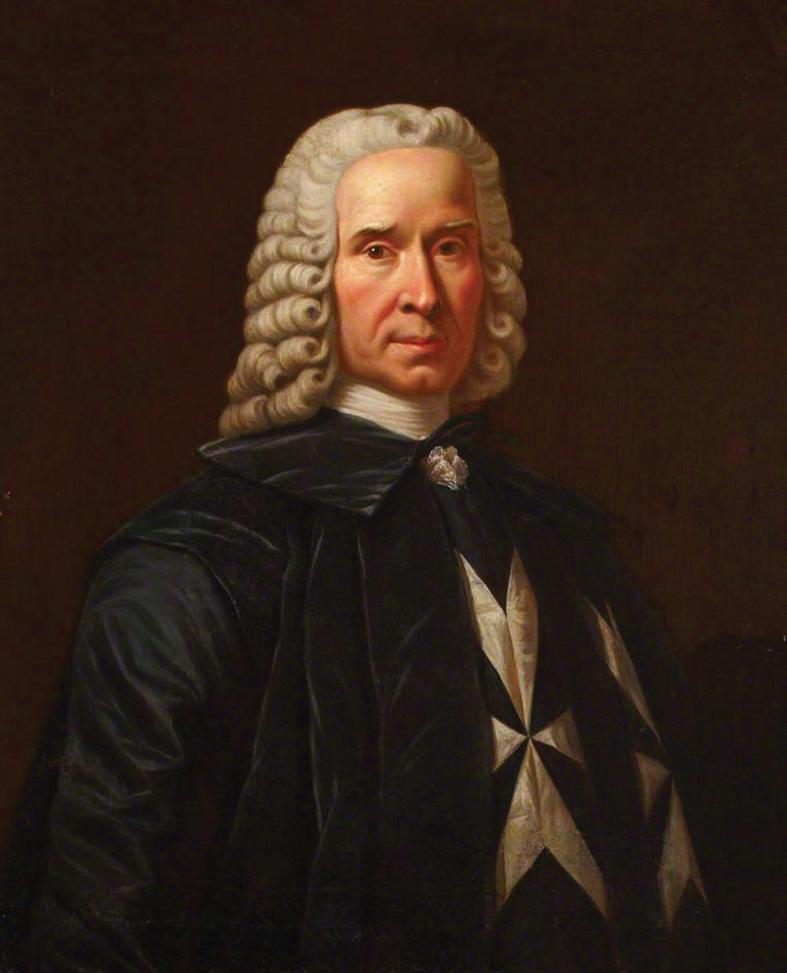 Grand Master Francisco Ximenes de Texada (1773-75): his policy of austerity brought about the uprising of 1775.

But the bishop’s opposition had rallied many people behind him as he was seen to be trying to prevent various rights from being trampled underfoot by a rapacious ruler. It was believed that an uprising would have many adherents.

Born in 1733, Don Gaetano Mannarino was an enigmatic but well-meaning priest who sought to help his fellow countrymen in the face of their difficulties. He had also been physically assaulted by a rowdy knight and had at various times spoken about the inefficiency of the Order.

He soon found himself at the head of an uprising that meant to secure from the Order a reduction in the price of corn and the observance of the ancient rights of the Maltese, including summoning the Consiglio Popolare. 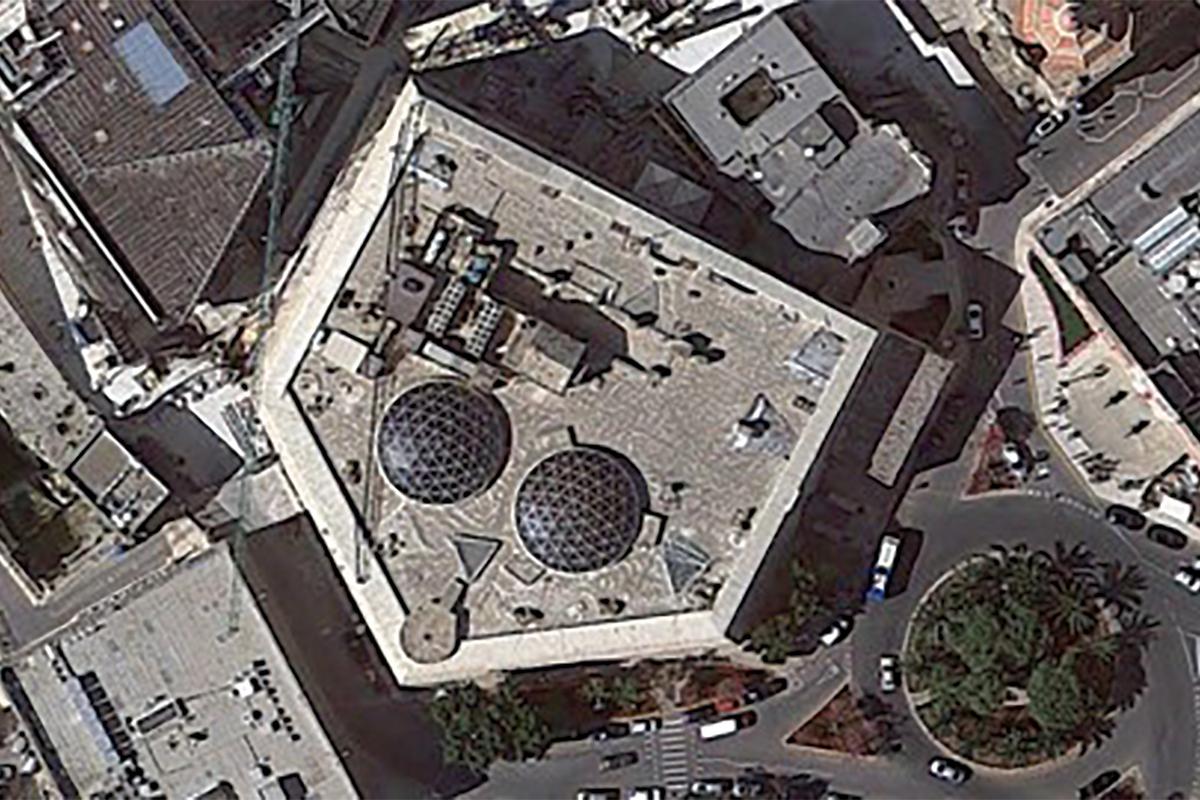 An aerial view of the pentagon-shaped St James Cavalier which dominated St James Bastion on the Valletta land-front. 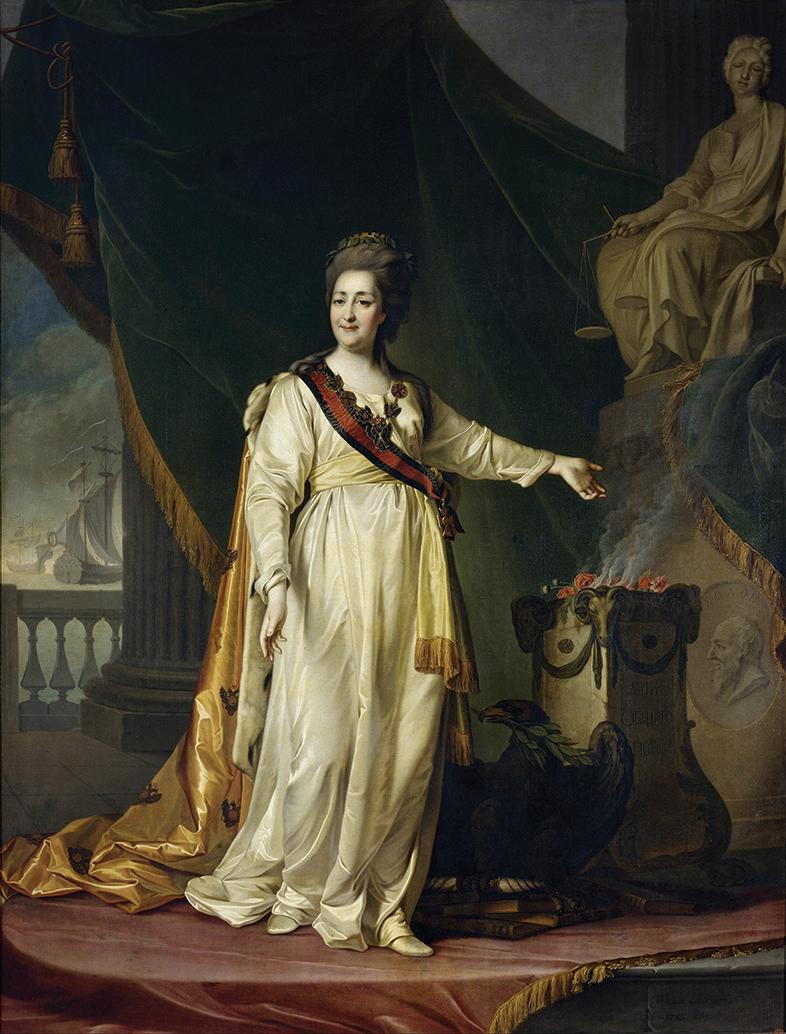 Tsarina Catherine II the Great of Russia (1762-96) in a portrait by Dmitry Levitsky: she harboured hopes of occupying Malta.

It also seems that Marquis Cavalcabo may have impressed the ringleaders with hopes of Russian assistance in any rebellion they might foment. However, this Russian agent did not promote the insurrection when it took place.

During the summer of 1775, the harvest failed in Sicily and prices rocketed. Since Malta depended so much on Sicilian grain supplies, the result was widespread misery. In September, a significant part of the island’s armed forces was engaged abroad on an expedition to Algiers. So the conspirators chose the night of September 8 to launch their revolt, after the Order would have celebrated the 1565 victory with the usual pomp.

During the night, the rebels quickly took over Fort St Elmo and St James Cavalier. Cannon-shots from both positions signalled their success and it was hoped many people would follow their lead and take up arms against the Order.

But the rebels were to be disappointed because practically no support was forthcoming; they had been left in the lurch. Because the majority of those involved were priests and clerics, the insurrection came to be known as the Rising of the Priests, though it must be stressed that the local ecclesiastical authorities had no hand in it and the participants were all involved on a personal basis. 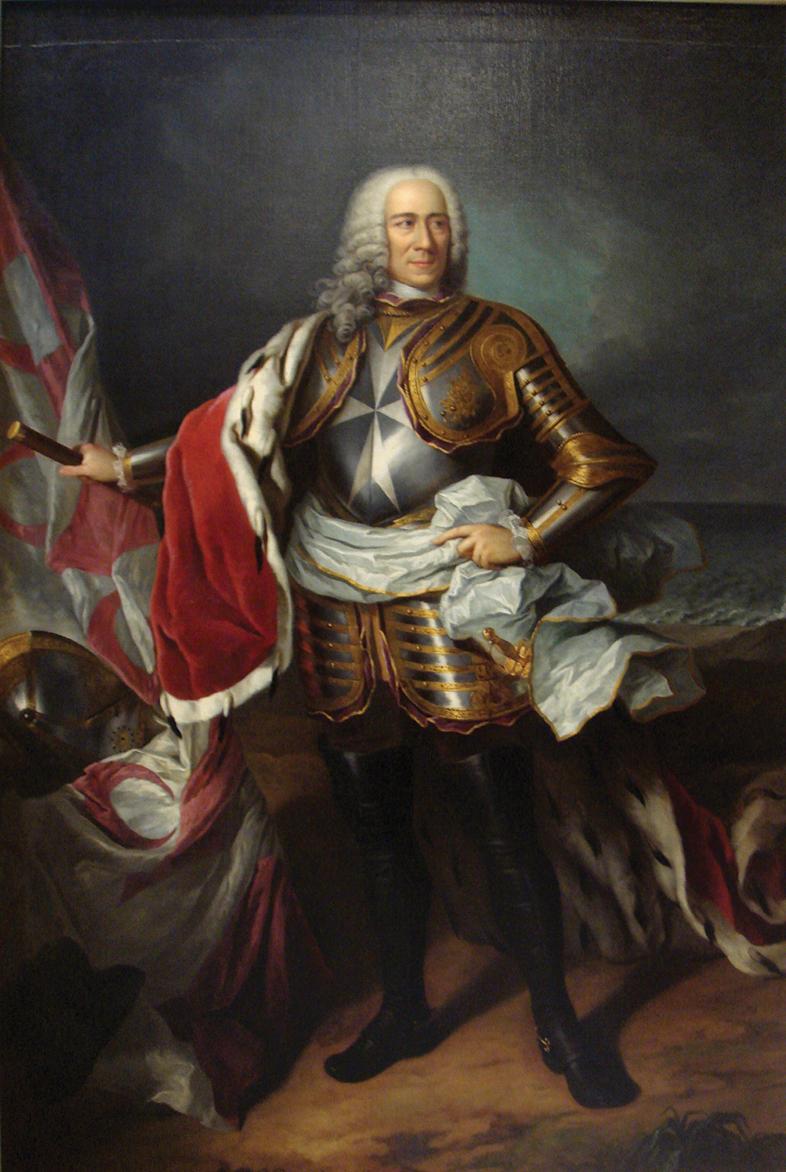 Grand Master Emmanuel Pinto de Fonseca (1741-73), a despotic ruler who loved luxury and wanted to be regarded on a par with other European rulers.

Ximenes panicked but other leaders of the Order, including the future Grand Master Emmanuel de Rohan Polduc, kept their heads and St James Cavalier was soon retaken. Negotiations were held between the Order and the rebels at St Elmo, but it seems the rebels were playing for time. Maybe they were waiting for a general Maltese insurrection, or for the improbable arrival of a Russian fleet, neither of which materialised. By the night of September 11, St Elmo was retaken and several of the rebels were in custody.

It is difficult to pinpoint exactly the number of men actually involved in the uprising. The report of the judges lists 17 people, including three clerics declared innocent. However, the report also states that there were other accomplices who managed to flee when the revolt collapsed and were not traced.

According to Mannarino, 28 ecclesiastics were involved but 10 of them did not turn up. A report, presumably written by an employee of the Inquisition, says that 16 ecclesiastics were implicated, including five who managed to escape. One priest, Rev. Giuseppe Velasti, and the Knight Mario Curio died during the uprising and a few others were wounded.

On September 14, the heads of three of the rebels were impaled on pikes at the corners of St James Cavalier. They were the heads of Mikiel Vella from Lija, Claudio Satariano from Valletta and the cleric Pasquale Balzan from Floriana.

The trial of 11 ecclesiastics started at Fort St Elmo on October 20, 1775. At the same time, five laymen were tried at the Castellania (the law courts) at Valletta.

Grand Master Ximenes died on November 4 but his successor, Emanuel de Rohan Polduc, decided to continue the trials, although he ordered the grisly remains of the heads of the three decapitated rebels to be taken down from St James Cavalier. The trials ended on November 25.

Sentences of life imprisonment were meted to Don Gaetano Mannarino and the cleric Giuseppe Dimech.

The rising itself was actually a puerile and badly organised affair that had no real hope of success. But the emergence of the lower clergy as popular leaders had its significance for the future.

In September 1798, the Maltese, with their deep-rooted piety and loyalty to their parish priests and for other reasons, rose against the French military forces of occupation because they believed that the life of their Church was threatened.

A more immediate result was the 1777 Motu Proprio to regulate the local clergy. But that is another story.