The circa 220-year-long period between the years 870 and 1091 of the Christian Era (CE) comprise over two centuries during which the Maltese islands were subjected to Arab domination. To be precise, the Arabs continued living here for many years after 1091, when the Normans first established their suzerainty over Malta and subjected the Muslims to the annual payment of tribute. 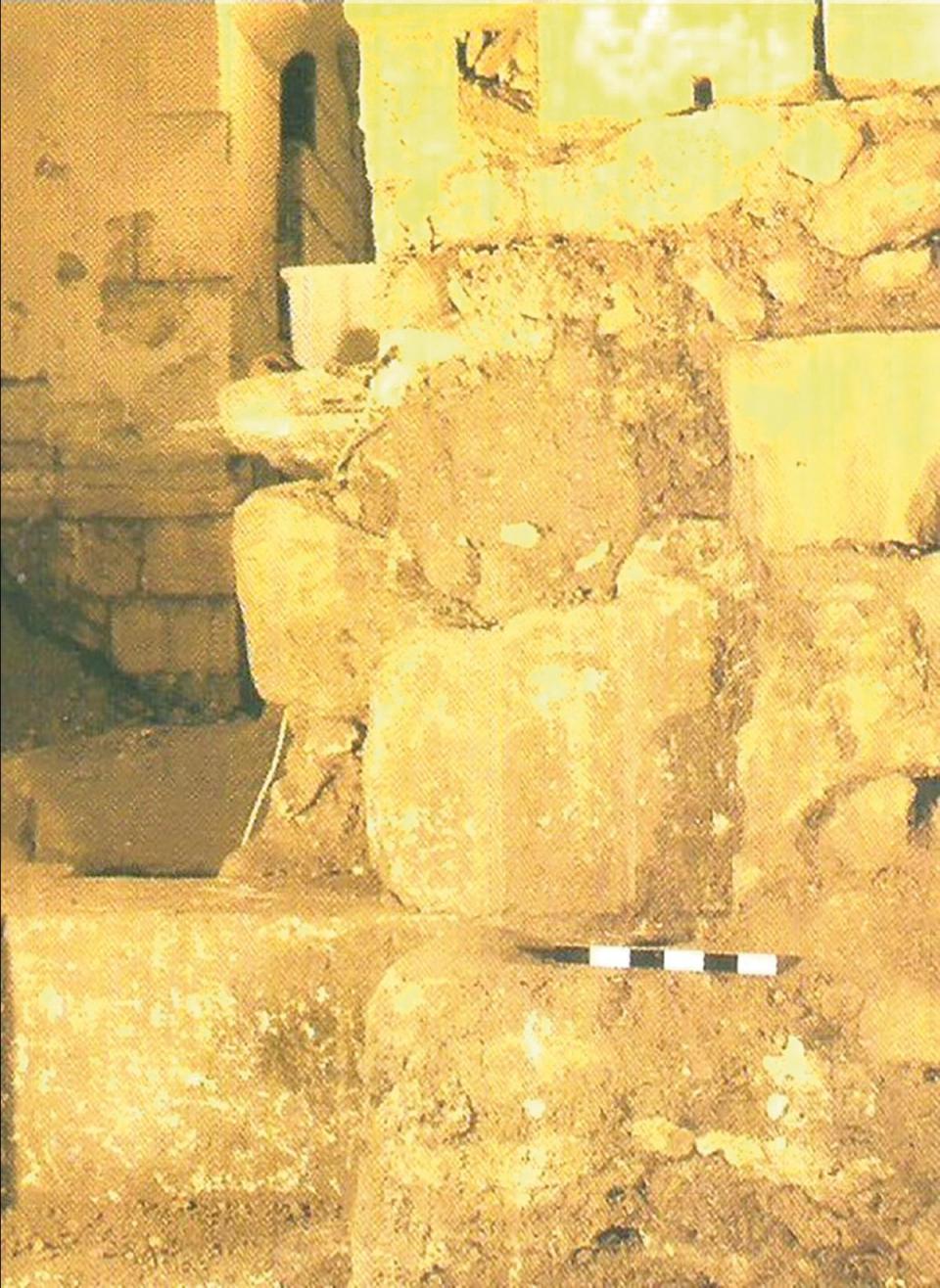 Ashlar blocks from the massive early foundations of Mdina which the Arabs developed from the Byzantine city.

Though the exact day of the Arab conquest has remained a matter for academic discussion, it is generally accepted that Malta passed into Muslim hands in August 870 CE.

To capture Malta, the Arabs had first to oust the Byzantines who had ruled over the islands for over three centuries, from circa 535 CE, when the Emperor Justinian and his general Belisarius undertook to reconquer parts – particularly North Africa and Italy – of the former Western Roman Empire. Not a lot is known about this period in Maltese history but there are indications that Malta was an important naval station, as deduced from the fact that there was a local Byzantine dux (military leader) together with a drungarios and archon (civil governor).

Very little is known about the people but it is certain that the islands had been Christian for centuries past. There are, in fact, mentions of Bishop Julian in 553 CE and Bishops Lucillus and Traianus, both in 592 CE. Some Greek inscriptions have survived the ravages of time but next to nothing is known about the islanders, not even the common language used, though Greek was probably the language of administration. 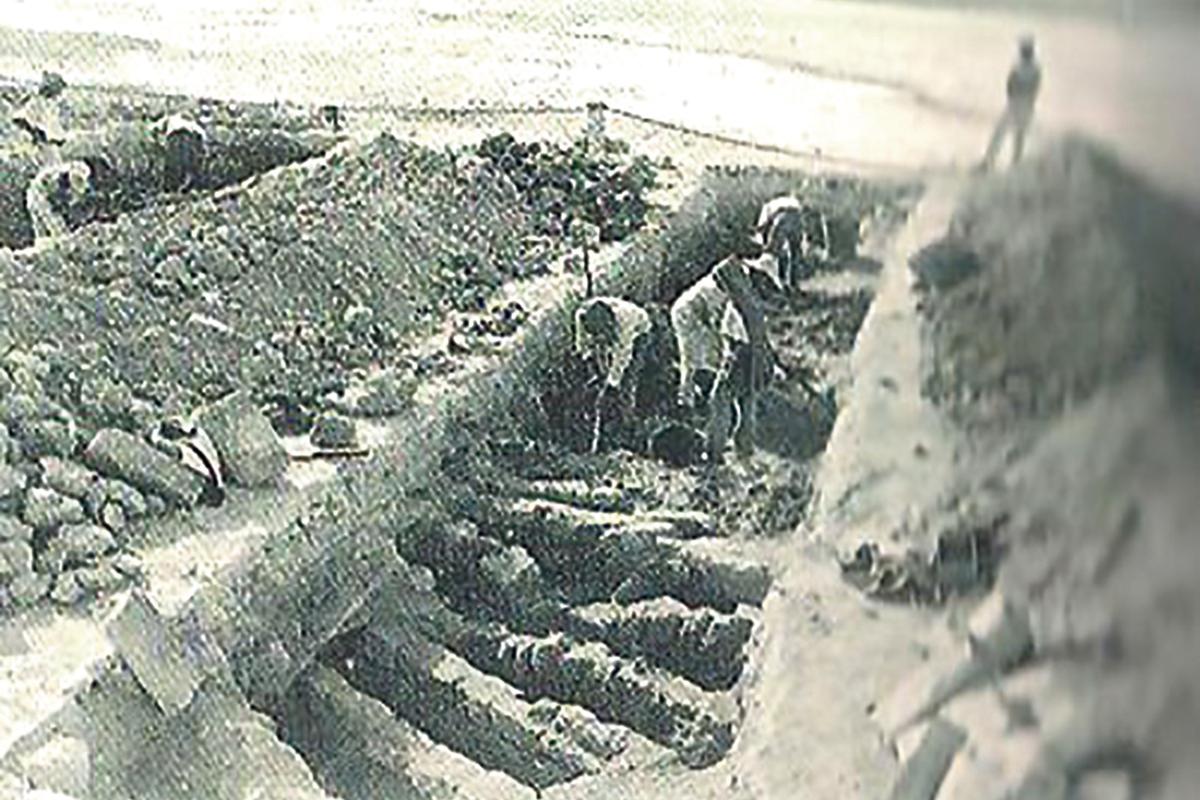 Excavating Muslim graves at Rabat in 1881.

With the rise of Islam, the shift of power in the Mediterranean region affected the Maltese islands. The Arabs overran North Africa and, in the seventh century CE, the Muslims also took to the sea.

However, for a longish period, Byzantine naval techniques and the so-called Greek fire, used for the first time in the latter decades of the seventh century CE, kept the Muslims at bay. 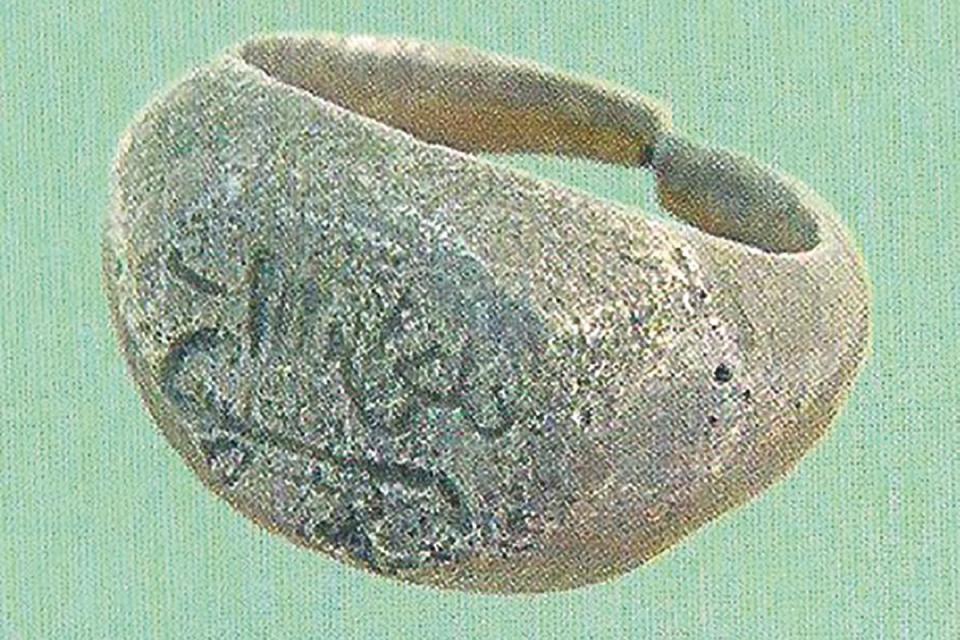 A Muslim silver signet ring found in an Arab tomb at the Muslim cemetery in Rabat.

However, by 700 CE, Sicily was already being raided. The Muslims established a naval base at Tunis and then invaded Spain. One here presumes that, when the Aghlabid rulers of Tunisia embarked on overseas invasions, Byzantine Malta also came under sustained pressure. But the real attack did not come from Tunis: it came from Sicily.

By 827 CE, Sicily had been invaded and Palermo was captured in 831 CE. A note by Abu al-Aghlab about a raid carried out on the islands near Sicily in 836 CE may have been a reference to the Maltese islands. Probably, several decades of Muslim raids paved the way for a definite attack just before the definitive conquest of all Sicily in 878 CE.

It is a somewhat difficult exercise to establish clearly the date of the Arabic conquest of Malta. Abate Giuseppe Vella’s late 18th-century publication Codice Diplomatico sotto il Governo degli Arabi, which proved to have been built on fabrications and forgeries, misled a number of 19th-century historians who give accounts of Muslim invasions in 833 CE and 836 CE.

Actually, nothing is known about these assaults, though raids may have been commonplace, and Ettore Rossi contends that it was unlikely that Malta was not invaded or raided during the conquest of Sicily. 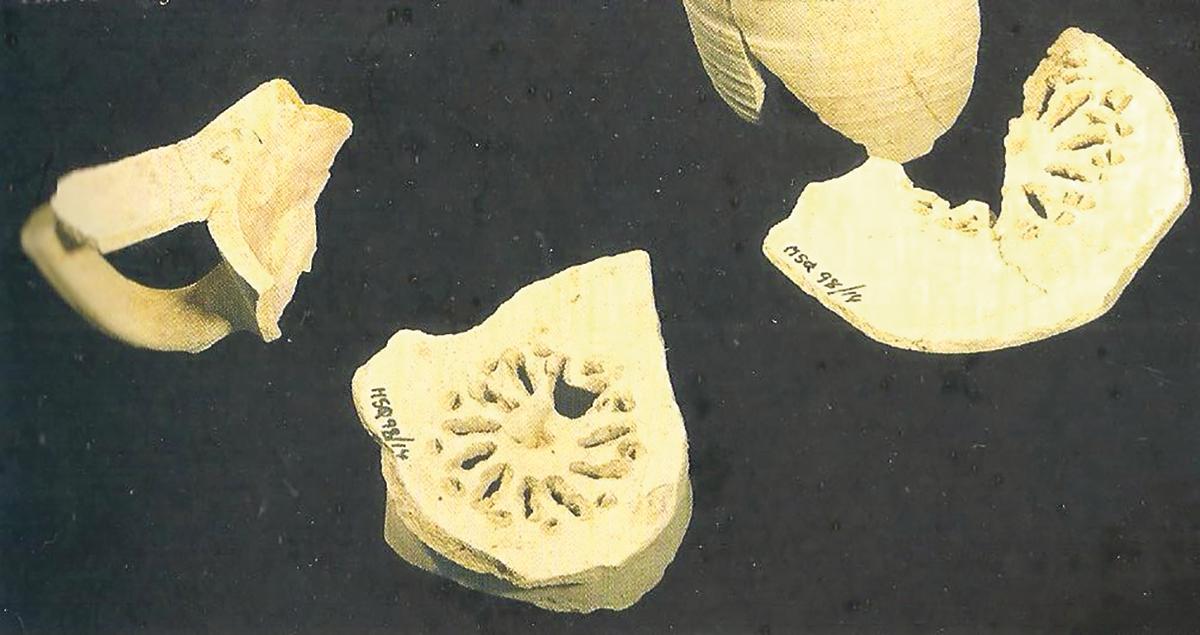 Fragments of an Arabic amphora, including filters, excavated at Mdina.

When the Muslims were definitely expelled from Malta in circa 1249 CE, most opted to renounce their religion and embrace Christianity in order to remain living on the islands

The well-known Arabic Chronicle of Cambridge dates the Arab invasion to August 29, 870 CE. Ibn Haldun dates it 869 CE, while Ibn al-Athir has written that the Sicilian Muslims relieved Malta in 870-871 CE because it was besieged by the Byzantines. Another source, Kitab al-Unun, dates the Arab conquest to just one day before the date cited by the Chronicle of Cambridge, that is, August 28.

Therefore, three sources refer to a conquest, but the fourth, Ibn al-Athir, writes about a relief operation. In fact, the latter cited the following inscription of Habashi castle at Susa: “All the hewn stones and marble columns in this castle were brought here from the conquest of Malta by Habashi son of Umar.” This conqueror was none other than Ahmed bin Umar bin Abd Allah bin Ibrahim bin al-Aghlab, who commanded the Muslim fleet. Habashi was his nickname. 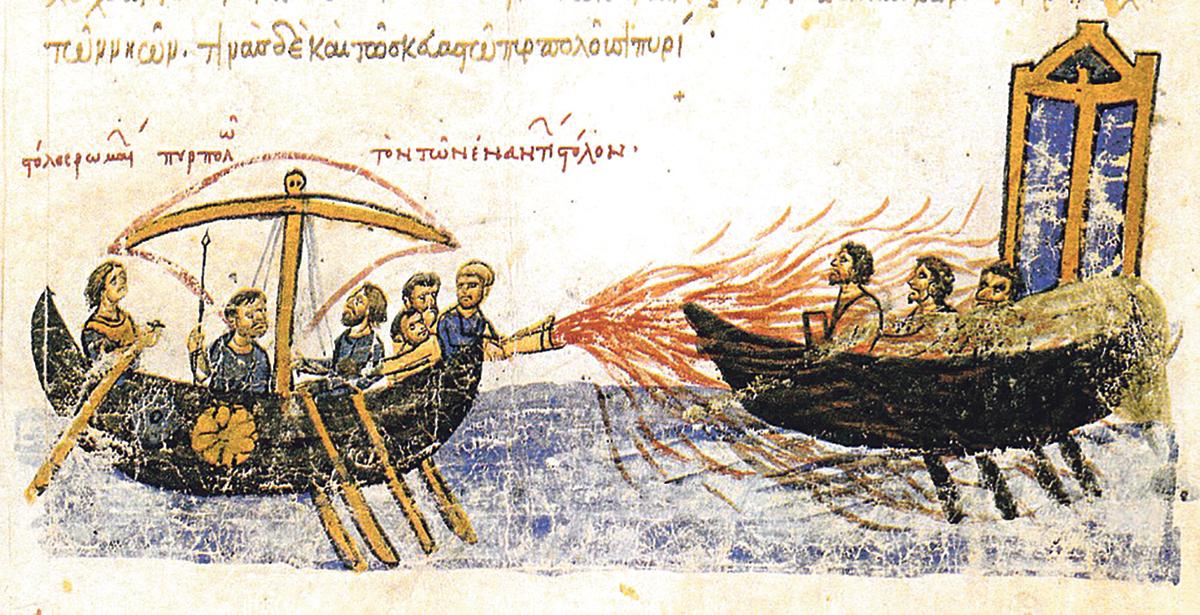 Greek fire kept Muslim fleets at bay for a number of years. 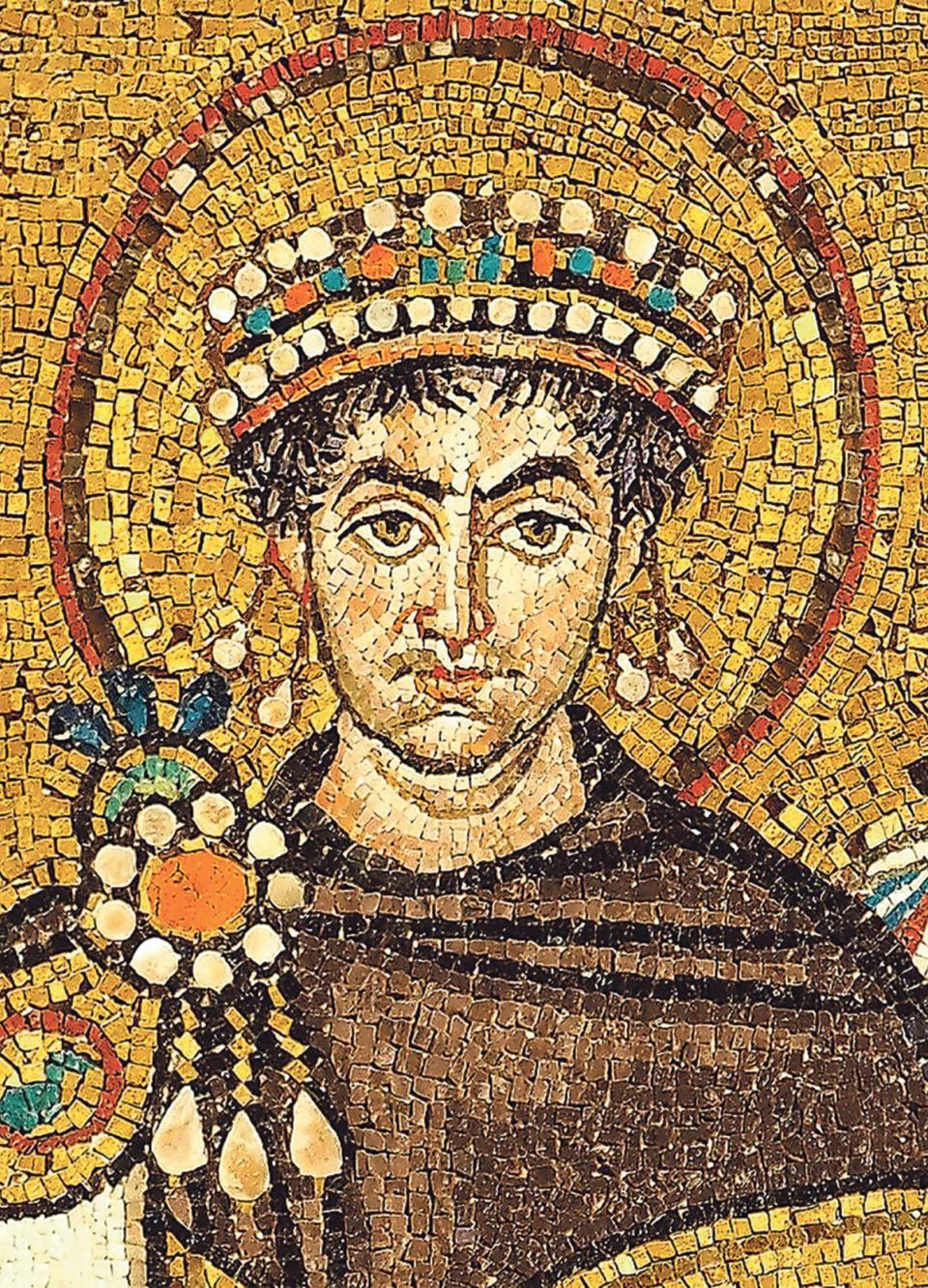 The Byzantine Emperor Justinian, who tried to re-conquer the Roman Western Empire. Malta became part of the Byzantine Empire during his reign. (From a mosaic in Ravenna, Italy)

It seems, therefore, that the Arabs first captured Malta in 869 CE but, a year later, had to beat off a determined Byzantine counter-attack. The final Muslim occupation and conquest of Malta may thus be dated to 870 CE.

The actual part played by the inhabitants of Malta in these events has remained a matter of conjecture. The archaeological sites of San Pawl Milqgħi at Burmarrad and Tas-Silġ at Marsaxlokk bear signs of destruction at levels corresponding to these years but it is well-nigh impossible to determine the extent of such disruptions.

People may have fled to Calabria while, on the other hand, the Christian population numbering only a few thousands could easily have been expelled from the islands as a reprisal for having sided with the Byzantines. However, there is a dearth of information about pre-and post-870 CE, thus literally forcing us to remain in the field of supposition, to date anyway. 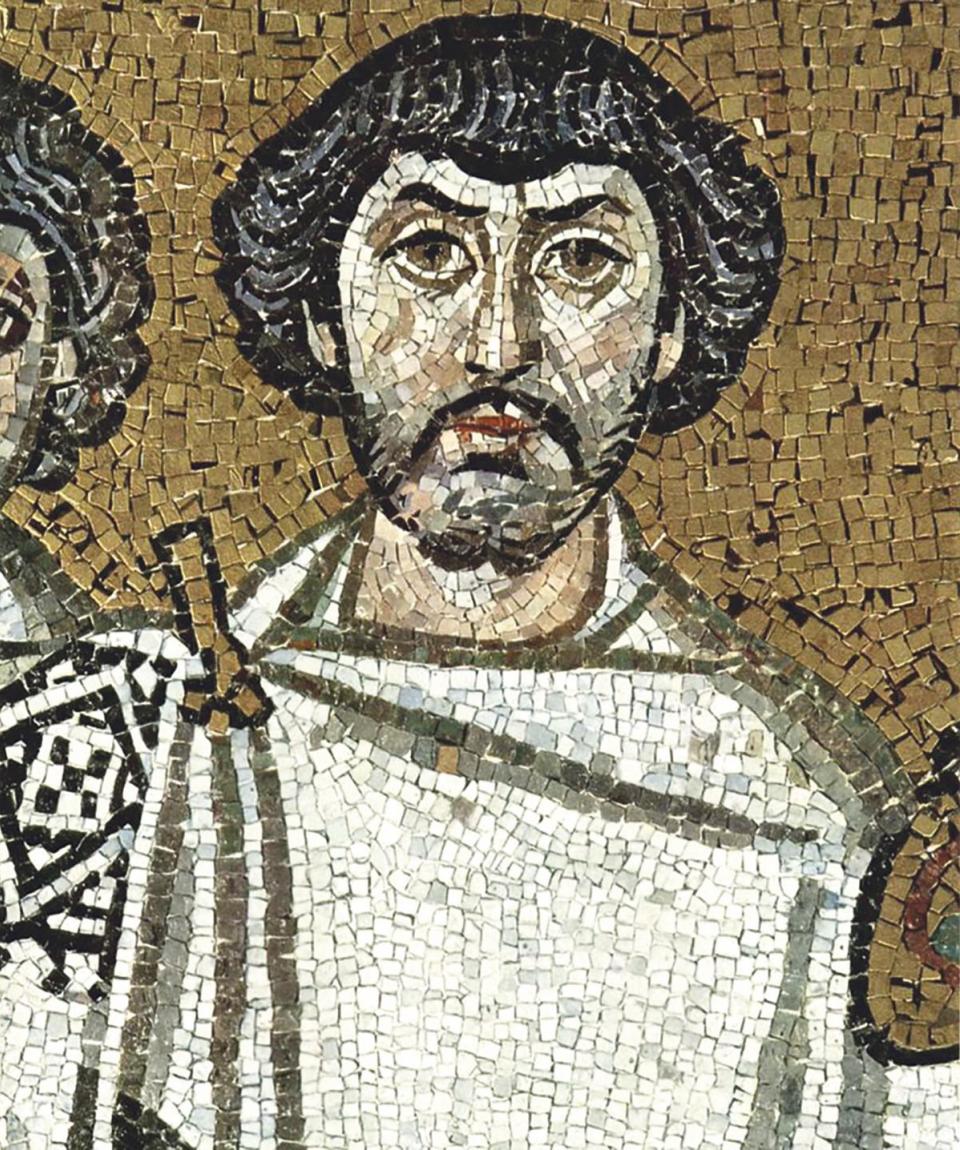 Belisarius, Emperor Justinian’s most successful general. (From a mosaic in Ravenna, Italy)

However, at least two things certainly resulted from the Arab invasion and conquest of Malta.

The first result concerns the local language: from an unknown quantity in pre-Muslim times, it has developed into a Semitic language derived from Arabic and devoid of Punic elements.

Even the majority of Maltese place names are of practically Arabic origin, together with quite an extensive number of traditional surnames. This was probably due to the fact that, when the Muslims were definitely expelled from Malta in circa 1249 CE (the date is according to Ibn Haldun), most of them opted to renounce their religion and embrace Christianity in order to remain living on the islands which, after all, was the homeland where they had been born and bred. 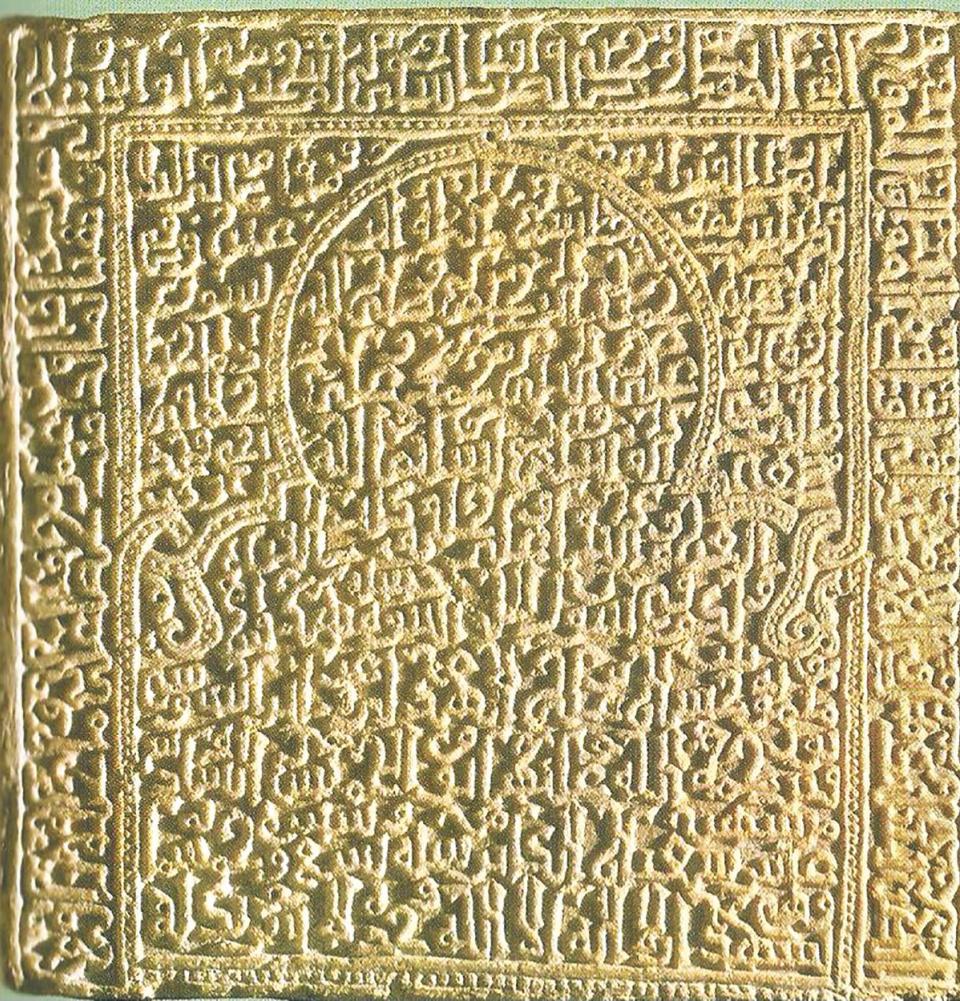 The second result concerns religion. It is almost impossible to know what happened to the local inhabitants. How many of them were expelled or massacred? Did most of them flee the island? In other Muslim-occupied countries or territories, Christianity eventually almost died out and it seems that the same fate befell the Maltese islands. At least, no archaeological evidence has come to light to indicate the wide practice of Christianity in Malta during Arab rule.

If Islam did not become the religion of all the local inhabitants, whoever they were, it was undoubtedly the faith of the absolute majority. In fact, as late as 1175 CE, or rather 84 years after the first coming of the Normans under Count Roger in 1091 CE, Bishop Burckhard of Strasbourg, an envoy of the Holy Roman Emperor Frederick I on his journey to the Holy Land, described the local inhabitants as Saracens, or rather, Muslims. 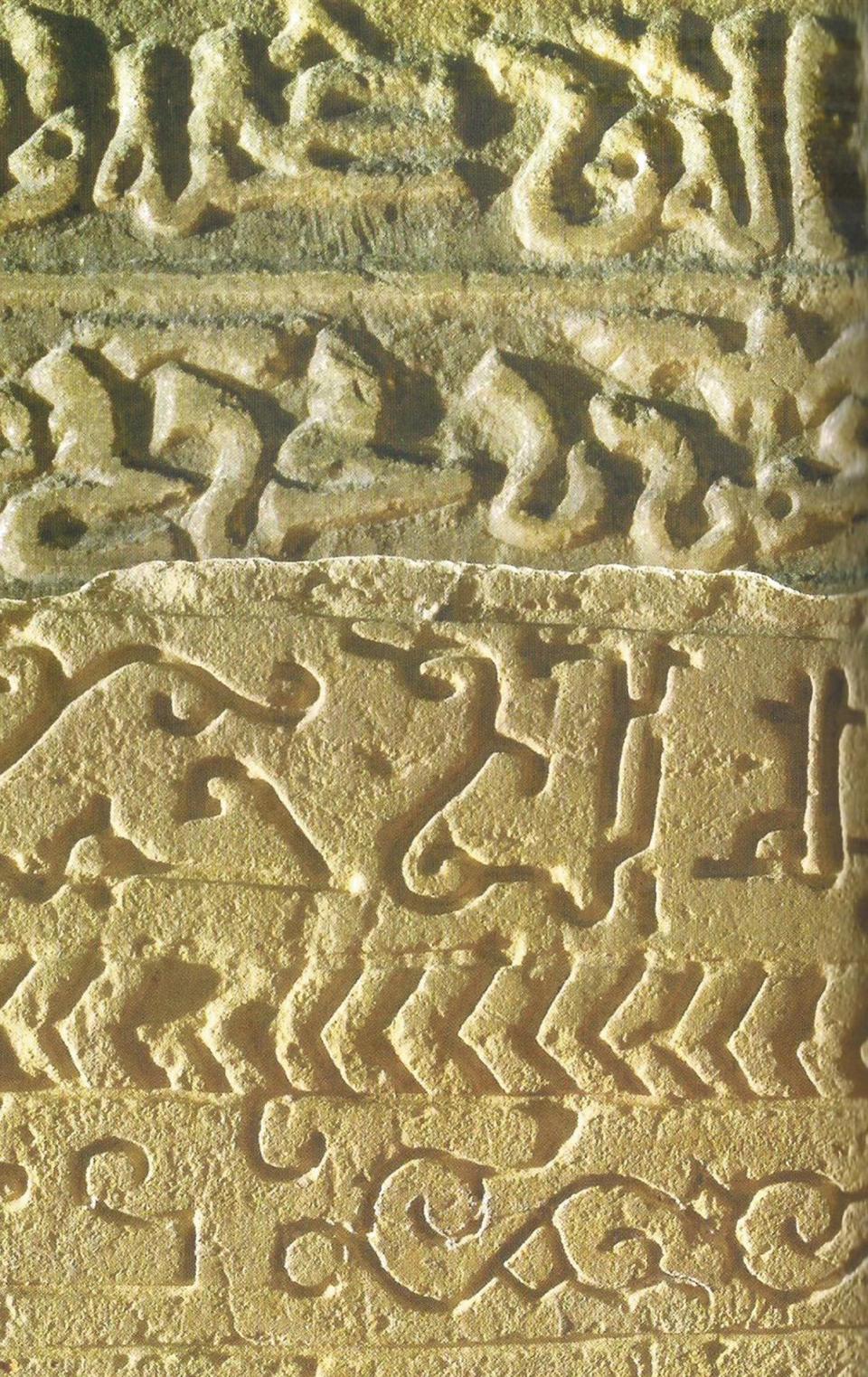 Islamic verses on stelae at the Muslim cemetery of Rabat.

The numerous Muslim tombs, including the well-known 1174 CE Maimuna tombstone found in Gozo, testify to a thriving Islamic faith under Norman suzerainty, a fact which almost conclusively indicates a predominance of the Islamic creed under the Arabs. Such, therefore, were the main results of the Arab conquest of Malta in 870 CE. After 1091 CE or, to be more precise, after the real Norman conquest of 1127 CE by King Roger II, Malta had to be re-Christianised. But our language is still a living reminder of the time when the Maltese islands were under Muslim domination.

Historian Dr Joseph F. Grima is a retired Assistant Director of Education and casual lecturer of History whose publications include histories of the Order of St John and the French in Malta, and The Fleet of the Knights of Malta – Its Organisation during the Eighteenth Century.