The gaming regulator has asked the Italian authorities for information on an anti-mafia money laundering probe with ties to Malta.

Sources at the Malta Gaming Authority said the regulator had recently contacted law enforcement in Italy following the conclusion of an anti-mafia crackdown across several Italian jurisdictions.

The so-called Game Over II law enforcement operation ended in Italy earlier this month and includes Maltese companies and online gambling sites that were once licensed in Malta.

The Maltese companies have been identified by Italian prosecutors as Gżira-based gaming company Leaderbet Limited and HR Management Limited. 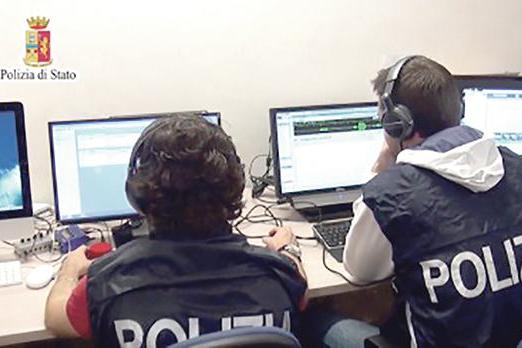 The Italian police made arrests in an operation dubbed Game Over II. Photo: Polizia di Stato

The suspects are all believed to be involved in illegal online betting, falsification of documents and a slew of other charges.

The investigation is a collaboration between law enforcement officials from Palermo, Ragusa, Messina, Agrigento and Trapani.

According to Italian court documents, the alleged members of the criminal organisation illegally collected money for bets in Italy using websites belonging to Maltese companies operating without a licence issued by the Italian authorities.

Five of the 12 suspects are alleged to have used intimidation techniques tied to the notorious Sicilian clan known as Cosa Nostra.

The investigation is a follow-up of a previous crackdown codenamed Game Over, which saw the arrest of alleged mafia associate Ninni Bacchi, nicknamed the “king of slot machines”.

In March 2018, the Maltese gaming regulator had cancelled the licence of Leaderbet’s parent company, LB Casino.

However, in May of that year, Times of Malta reported how Leaderbet continued to operate without a licence.

Sources at the MGA said since that report the authority had launched a “retrospective exercise” looking at whether other companies that had had their licences revoked continued to operate.

To date, no issues had been uncovered, however, the sources also indicated that the local police were looking into other related matters.

Asked why no criminal charges had yet been brought locally, the sources said such cases are complex in nature.

Court records made available to the Investigative Reporting Project Italy and seen by Times of Malta have previously shown that LB Group operated in Palermo through a man nicknamed “Jonathan”, who was allegedly supported by the Partinico and Resuttanta mafia families, members of the Palermo-based Cosa Nostra.

The court records further claim that LB Group was managed by an even more powerful Cosa Nostra branch from Mazara del Vallo, a town in the west coast of Sicily controlled by Matteo Messina Denaro.

He has been on the run since 1993 and court records show that the prosecutors believe online gaming might have lately financed his life in hiding.