Educated at La Scala from an early age before rising to become its prima ballerina, Fracci went on to light up stages around the world, partnering stars such as Rudolf Nureyev and Mikhail Baryshnikov.

She left the Milan theatre in 1963 in search of more money and opportunities, but was always drawn back, most recently giving two online masterclasses there in January.

"We will always think of her with affection and gratitude, remembering the smile of the final days we spent together, where she felt she had come home," said its director, Dominique Meyer. 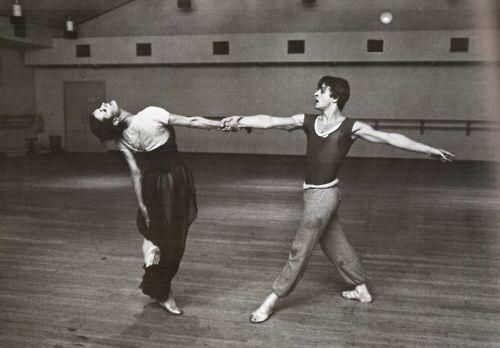 "With Maria Taglioni (the 19th-century dancer), Carla Fracci was the most important person in the history of dance at La Scala," he added.

Elegant to the last and always dressed in white, the dancer known in Italy simply as "La Fracci" died in Milan after suffering for some time from a tumour, the daily La Repubblica reported.

Prime Minister Mario Draghi led the tributes, describing her as "an artist of extraordinary talent... an example of passion for entire generations".

Born on August 20, 1936, in Milan, the daughter of a tram driver and a factory worker, Fracci had dreamed of being a hairdresser – and her start in ballet was not entirely promising.

A New York Times profile in 1981 revealed that she almost failed the ballet school entrance exam and struggled with classes at first.

"School was a crashing bore and a terrible chore, until one day when I was cast as the girl with the mandolin in 'Sleeping Beauty'," she told the newspaper back then.

"Once on stage, next to Margot Fonteyn, I suddenly changed my mind.

"Dancing to an audience was something entirely different from dancing at school. I started working very hard to catch up for the lost time."

After leaving La Scala, she went freelance, with the support of her husband, set designer Beppe Menegatti, with whom she had a son.

Hailed for her dramatic approach to dancing, her technical skill and lightness, she was known for classic romantic roles such as Giselle and Juliet, but she also took part in original commissions.

She starred in a number of films and in her later years directed numerous major ballet companies in Italy, notably in Naples, Verona and, for a decade from 2000, the Rome Opera Ballet.

In 2004, she was named goodwill ambassador for the UN's Food and Agriculture Organisation (FAO).

Manuel Legris, director of La Scala's ballet corps, said her death "leaves us astonished, on tiptoe like Giselle, a spirit who remains with us, filling the ballrooms, the stage and our hearts".