As Spain announced that it would open its ports to the MV Aquarius and give the 600 men, women and children aboard refuge, the ship’s captain and crew heaved a sigh of relief and charted a course for Valencia.

Their sighs were echoed in Valletta and Rome, with governments in the two capitals holding firm and refusing to budge from their refusal to take in the migrant-packed vessel.

But while Spain’s new prime minister, Pedro Sanchez, averted a humanitarian crisis on this occasion, the MV Aquarius appears destined to be the first in a long list of vessels which will find itself caught in a diplomatic impasse – a stalemate borne of the quirks of international law, and a European Union which has yet to back talk of ‘solidarity’ with action worthy of the word.

Why are Italy and Malta at loggerheads?

Italy’s new populist government says that the country’s Mediterranean neighbours, including Malta, are not pulling their weight when it comes to migrant rescues.

They point to EU figures, which show that Italy had the EU’s second-highest number of asylum applications last year, and argue that the country has been "abandoned" by its neighbours when it comes to taking in asylum seekers rescued at sea.

Malta says that it is abiding by its international obligations and that in refusing safe harbour to people stranded at sea, Italy is violating its legal and humanitarian obligations.

Talk of a backroom deal between Valletta and Rome to ensure all boat arrivals were taken to Italy has never been confirmed by either country. If such a deal existed, it has been blown out of the water by Italy’s new, hard-line government. 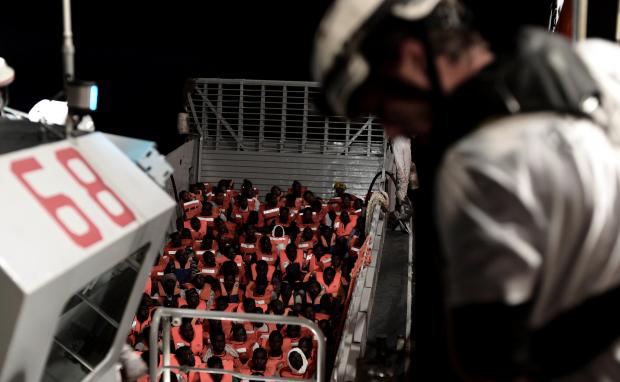 Is Italy right to complain?

Yes and no, depending on how you look at the broader issue. Italy has, without question, taken on the lion’s share of migrant arrivals via sea over the past few years.

But boat arrival statistics do not paint a full picture. What matters more is how many asylum applications a country is processing – whether applicants arrive via boat, sea or land is secondary.

On this count, the numbers tell a different story. Although boat arrivals in Malta have dwindled to next to nothing, the number of asylum applications has remained steady.

This means that while Italy received the second-most asylum applications across the EU last year in absolute terms, Malta is still processing more applications per capita.

According to Eurostat, in 2017 Malta received an average of 856 asylum applications per million people, making it the country with Europe’s fourth-highest Italy received 379 per million – less than half Malta’s rate.

Nevertheless, Italy’s frustration is understandable. Attempts at getting EU member states to accept equitable refugee quotas have been stymied by the reluctance of member states such as Hungary or Poland to even countenance the idea.

And while the EU whipped out its wallet in 2016 in a highly controversial deal to seal shut the so-called “Balkan corridor”, its efforts to stop migration through the central Mediterranean have been less concerted – in part due to political instability in Libya.

What does international law say?

Even here, there is no clear-cut answer.

Human rights law and international refugee law requires states not to refuse persons at their borders and to treat them with respect for their human dignity at every stage, Aditus director Neil Falzon said.

International maritime law, on the other hand, is less cut-and-dry.

The 1979 International Convention on Maritime Search and Rescue, which both Italy and Malta are bound by, says that people rescued at sea must be taken to the “nearest place of safety”.

The nearest place of safety for asylum seekers rescued at sea off the Libyan coast is Lampedusa, since international law also states that asylum seekers cannot be returned to a place where they are likely to be persecuted or put in danger.

But in 2004, an amendment to the 1979 Convention was drafted which stated that rather than the “nearest point of safety”, people rescued at sea should instead be taken to a port belonging to the country whose Search and Rescue area they were rescued in.

Faced with this prospect, the Maltese government refused to sign the 2004 amendments, and has consistently made it clear that it does not recognise them.

This anomalous situation means that Italy is bound by one law, while Malta is bound by another. As Aditus director Neil Falzon explained, both are “technically correct” when they say they are respecting the law.

“The problem is that they are different laws,” he noted. “What is clear is that international law requires people rescued at sea to be taken to safety without delay. And that clearly did not happen in this case." 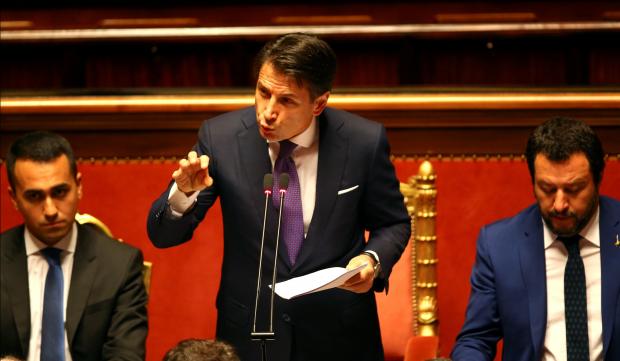 Spain’s decision to step into the situation and take in the 600-plus people aboard the MV Aquarius has ended this particular confrontation. But summer weather will likely bring with it a spike in boat crossings from Libya, and with it further confrontations between governments.

Prime Minister Joseph Muscat told parliament on Monday evening that he wanted to sit down with Italy to discuss a solution “and avoid another unfortunate situation like this”.

His Italian counterpart, Giuseppe Conte, said Spain’s decision to take in the MV Aquarius was a turning point. “Italy is no longer alone,” he told journalists.

What an eventual "solution" might look like, or what Italy intends to do when the next vessel carrying asylum seekers comes knocking, remains to be seen.

Italy’s firebrand Home Affairs minister Matteo Salvini has already warned that Italy will close its ports to another NGO ship, the Sea Watch 3, which is currently sailing in Libyan waters.

Until both countries agree on a way forward – or until EU member states can work out a way to help Mediterranean member states deal with migrant inflows – it appears clear that the maritime storm which captured the world’s attention these past days will be repeated. The MV Aquarius is likely the first standoff of several.