The Italian government intends to quarantine the entire Lombardy region around Milan as well as areas around and including Venice and the northern cities of Parma and Rimini, Italian media reported Saturday.

Italy's death toll from the novel coronavirus rose by 36 to 233 on Saturday while the number of infections shot up by a single-day record of 1,247 to hit 5,883.

The country, which has one of the world’s oldest populations, has recorded the most deaths of any country outside China and the third-most COVID-19 infections after China and South Korea.

A draft of the government resolution obtained by Italy's Corriere Della Sera newspaper and other media said movement into and out of the regions would be severely restricted until April 3.

Milan is the Italian financial capital and has a population of just under 1.4 million people.

The entire Lombardy region is home to 10 million.

The government decree also covers parts of the Veneto region around Venice as well as Emilia-Romagna's Parma and Rimini.

Those three cities have a combine population of around 540,000 people.

It was not immediately clear from either the decree or the media reports as to when the measure would go into effect.

The plans would only allow people in and out of the restricted areas for serious family or work-related issues. All schools, museums, gyms, swimming pools, theatres, social and cultural centres will also be closed until April 3. 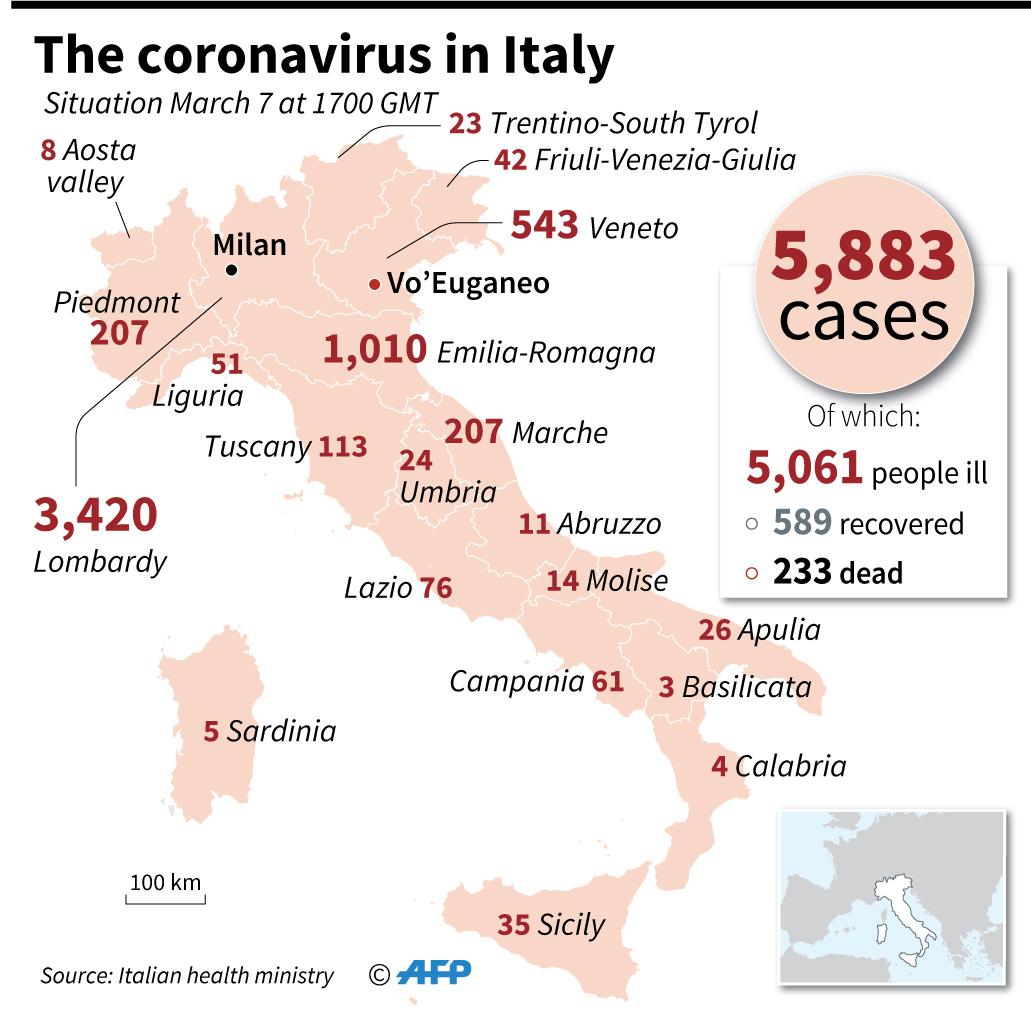 The Italian government has been watching closely to see if cases are spreading from the richer north to the poorer south, which has fewer medical resources.

All 22 Italian regions have now registered cases and one new death was reported Friday in the Lazio region that includes Rome and its outskirts.

The southeastern region of Puglia around the city of Bari recorded its second death on Saturday.

Italy's civil protection service also revealed that the northern Lombardy region around Milan that has seen well over half of all infections had started "experiencing difficulties with the (number of) beds available in hospitals".