Italy on Wednesday shut all stores except for pharmacies and food shops in a desperate bid to halt the spread of a coronavirus that has killed 827 in the country in just over two weeks.

Prime Minister Giuseppe Conte announced the latest wave of restrictions in a dramatic appeal to the nation that came with the country of 60 million battling its biggest crisis in generations.

"Thank you to all Italians who make sacrifices. We are proving to be a great nation," Conte said in his nine-minute evening prime time address to the nation.

Italians have watched ever-tighter restrictions slowly eat away at the very fabric of everyday life.

An existing clampdown on public gathering and basic travel had already emptied streets and shuttered everything from churches to restaurants.

Cathedrals posted hand-written notes cancelling mass and cafes apologised to their regulars for having to turn them away.

"I can't even recognise Rome now," 30-year-old Muscovite Yekaterina said while posing alone for a photo by the usually bustling Trevi Fountain in the heart of Rome.

Conte said the closure of nearly everything that had remained open would run for at least two weeks.

How Italians will get by in the meantime is not entirely clear.

"All shops will be closed except for basic necessities, such as pharmacies and food stores," said Conte.

"No need to rush to buy groceries," he stressed.

Conte's announcement came hours after his government promised to spend up to €25 billion ($28 billion) to fight a disease that has put hospitals and the economy under intense strain.

The size of Rome's rescue was the same as one the European Union announced for the entire 27-nation bloc Monday.

Italy's Economy Minister Roberto Gualtieri said half the money would be used immediately and the other half stowed away and tapped should the health crisis spiral out of control. 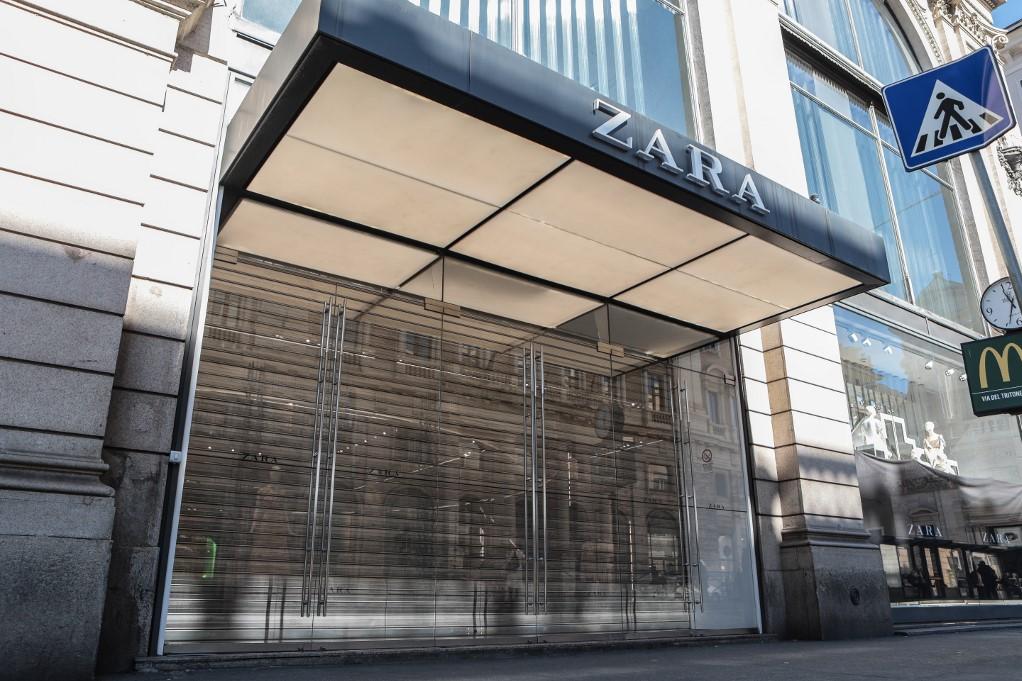 Part of the government's cash injection is meant to help small businesses that are suffering the brunt of an implosion in the number of tourists who visit Italy's art-filled churches and achingly beautiful hills.

The government also put more meat on the bones of an emerging plan to let families temporarily suspend some mortgage and social tax payments.

Italy has witnessed nearly 60 per cent of the deaths recorded outside China since the epidemic first started spreading from the Asian giant's central Wuhan province in January.

The government responded to the outbreak last month by quarantining 50,000 people in 11 villages that were worst affected in the north.

That was followed on Sunday with social distancing measures in Milan's Lombardy region and surrounding areas in which more than 15 million live and 40 per cent of the nation's economic activity occurs.

The Lombardy measures were extended to all Italy on Tuesday morning.

Conte's announcement Wednesday ratcheted the restrictions up another notch.

The multitude of measures have had a profound and slightly surreal effect on Italian life.

The central streets of Rome were deserted on Wednesday evening and buses that are usually crammed with commuters ran almost empty.

Tourists have essentially disappeared and the Vatican's Saint Peter's Square has closed to all but those who want to enter the basilica to pray under its soaring dome overlooking Rome.

People have been told to keep at least a metre (three feet) from each other and handshakes are frowned upon. Italians have found themselves starting to talk to each other a few steps apart -- while often laughing about the regulations along the way.

"As soon as the emergency has passed, we will organise a free carbonara day for doctors, nurses and healthcare workers," a closing note by a restaurant in Rome's popular Trastevere neighbourhood said.