Italy took a sharp turn to the right Monday after Giorgia Meloni's Eurosceptic populist party swept to victory in general elections, putting a one-time Mussolini admirer on course to become the first woman to lead the country.

Meloni's Brothers of Italy party, which has neo-fascist roots, won 26 per cent in Sunday's election, according to partial results.

It leads a coalition set to win a majority in parliament and install the most right-wing government since World War II.

A seismic change in Italy

Her success represents a seismic change in Italy -- a founding member of the European Union and the eurozone's third largest economy -- and for the EU, just weeks after the far-right outperformed in elections in Sweden.

"It is the first time in decades that the country's political face has transformed so completely. We don't know yet whether its destiny in Europe has changed too, but that is the first of many questions" now facing Italians, he said.

Meloni, who campaigned on a motto of "God, country and family", is expected to become Italy's first woman prime minister, although the process of forming a new government could take weeks.

At a time of soaring inflation, a looming energy crisis and the war in Ukraine, the 45-year-old sought to reassure those worried about her lack of experience and radical past.

Meloni said voters had sent a "clear message" of support for her party to lead their right-wing coalition to power. 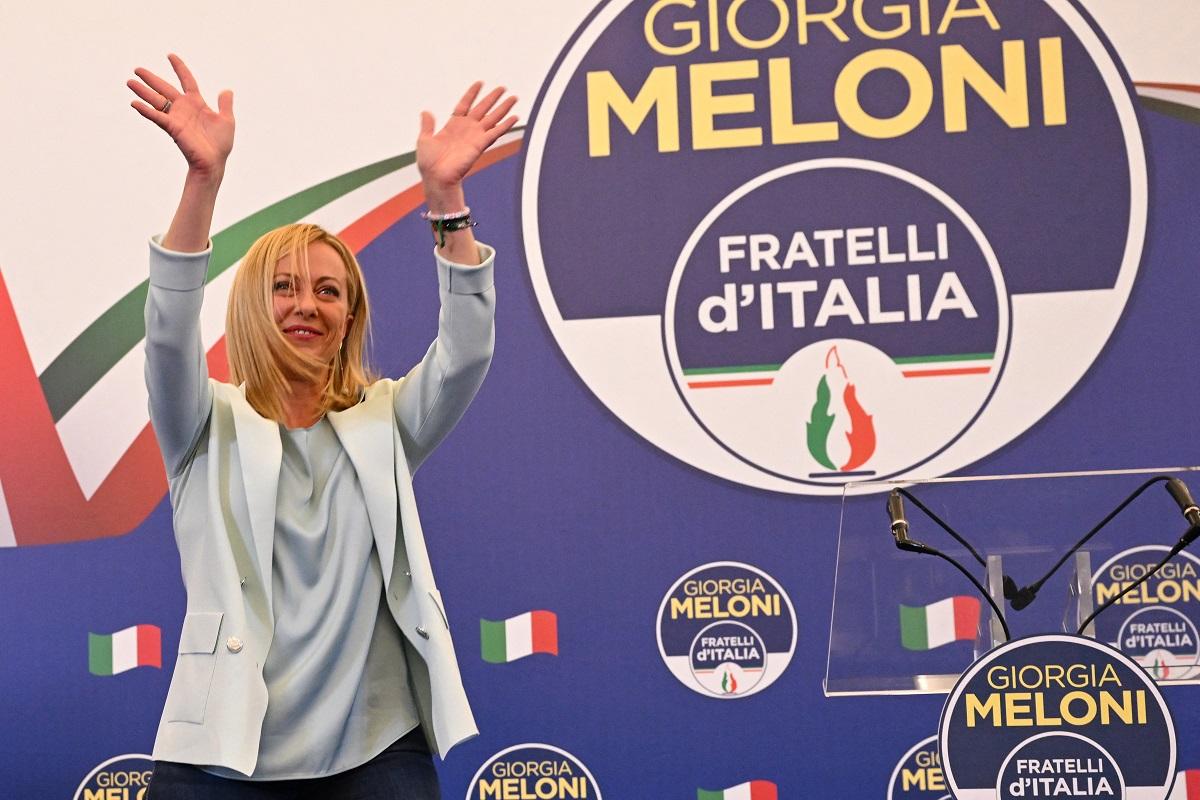 "If we are called to govern this nation we will do it for all Italians. We will do it with the aim of uniting people, of enhancing what unites them rather than what divides them," she told reporters.

Her coalition allies, Matteo Salvini's far-right League and former premier Silvio Berlusconi's Forza Italia, lagged behind her in the polls.

But all together they were forecast to win around 44 percent, enough to secure a majority in both houses of parliament.

Full results are not due until later Monday but the centre-left Democratic Party, the coalition's main rivals, conceded, saying it was a "sad" day.

Turnout fell to a historic low of around 64 percent, about nine points lower than the last elections in 2018.

Congratulations came in quickly from her nationalist allies across the continent, from Polish Prime Minister Mateusz Morawiecki to Spain's far-right party Vox.

But Spanish Foreign Minister Jose Manuel Albares warned that "populist movements always grow, but it always ends in the same way -- in catastrophe".

Meloni no longer wants Italy to leave the eurozone but says Rome must assert its interests more, and has policies that look set to challenge Brussels on everything from public spending rules to mass migration.

The coalition also wants to renegotiate the EU's post-pandemic recovery fund, arguing that the almost 200 billion euros ($193 billion) Italy is set to receive should take into account the energy crisis. 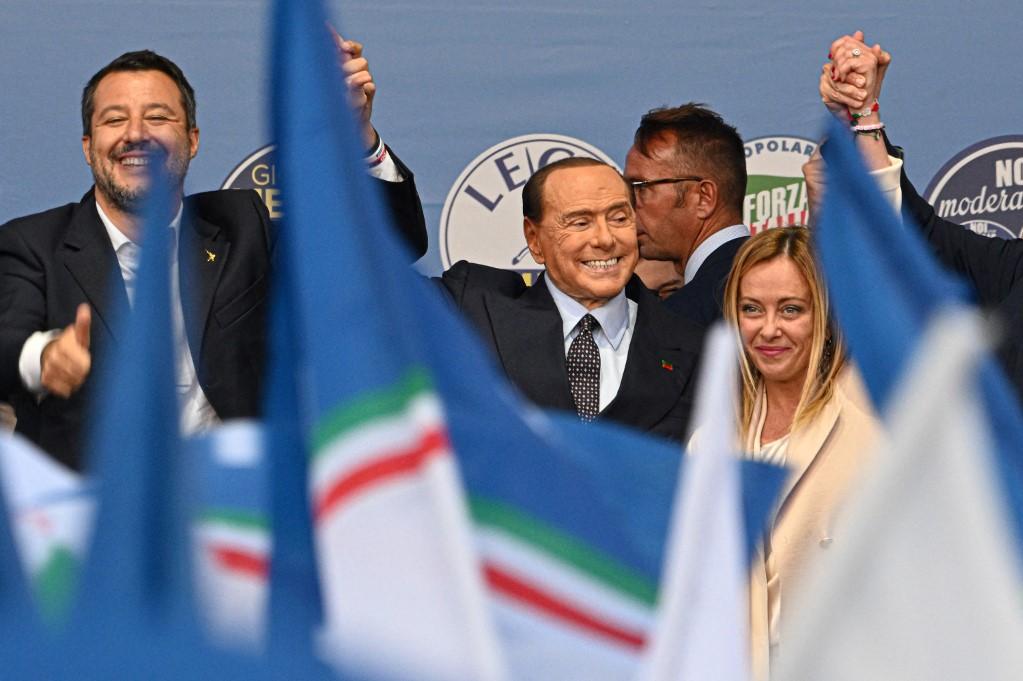 But the funds are tied to a series of reforms only just begun by Draghi, and analysts say she has limited room for manouevre.

Hers was the only party not to join Draghi's coalition in February 2021, making her effectively Italy's only opposition leader.

"Her challenge will be to turn this electoral success into a governing leadership... that can last," he said.

Italian politics is notoriously unstable, with nearly 70 governments since 1946, and Meloni, Salvini and Berlusconi do not always agree.

The League and Forza Italia performed poorly, taking nine percent and eight percent respectively, down from 17 and 14 percent in 2018.

While they agreed a joint programme for government, including tax cuts and promises to cut mass migration, they disagree in a number of areas.

Meloni strongly supports the EU's sanctions against Russia over Ukraine, but Salvini has criticised them as ineffective.

Berlusconi, the billionaire former premier who has long been friends with Vladimir Putin, faced an outcry last week after suggesting the Russian president was "pushed" into war by his entourage.

Brothers of Italy has roots in the post-fascist movement founded by supporters of Benito Mussolini, and Meloni herself praised the dictator when she was young.

She has sought to distance herself from the past as she built up her party into a political force, going from just four percent of the vote in 2018 to Sunday's triumph.