This June 11 is the 80th anniversary of the first Italian Fascist attacks on Malta. Although eight decades have passed since that infamous event, it still generates interest and sometimes even polemical debate. Whenever new information is ‘discovered’ and/or secret documents declassified, new interpretations of aspects of World War II continue to occur as with any other phases of history.

During the latter part of the 1930s, Italy had started implementing its policy of irredentism by means of war, namely to annex or conquer all territories that irredentists in Italy claimed were Italian but had not yet been incorporated in the Italian kingdom, including Malta.

Even before the start of hostilities, the government in Malta had started rounding up several Maltese known or alleged-to-be pro-Italian sympathisers and eventually interned them at Fort Salvatore, Cottonera. The British authorities also began repatriating a number of Italians working and living in Malta. Others were expelled to Italy because they were considered as persona non grata. 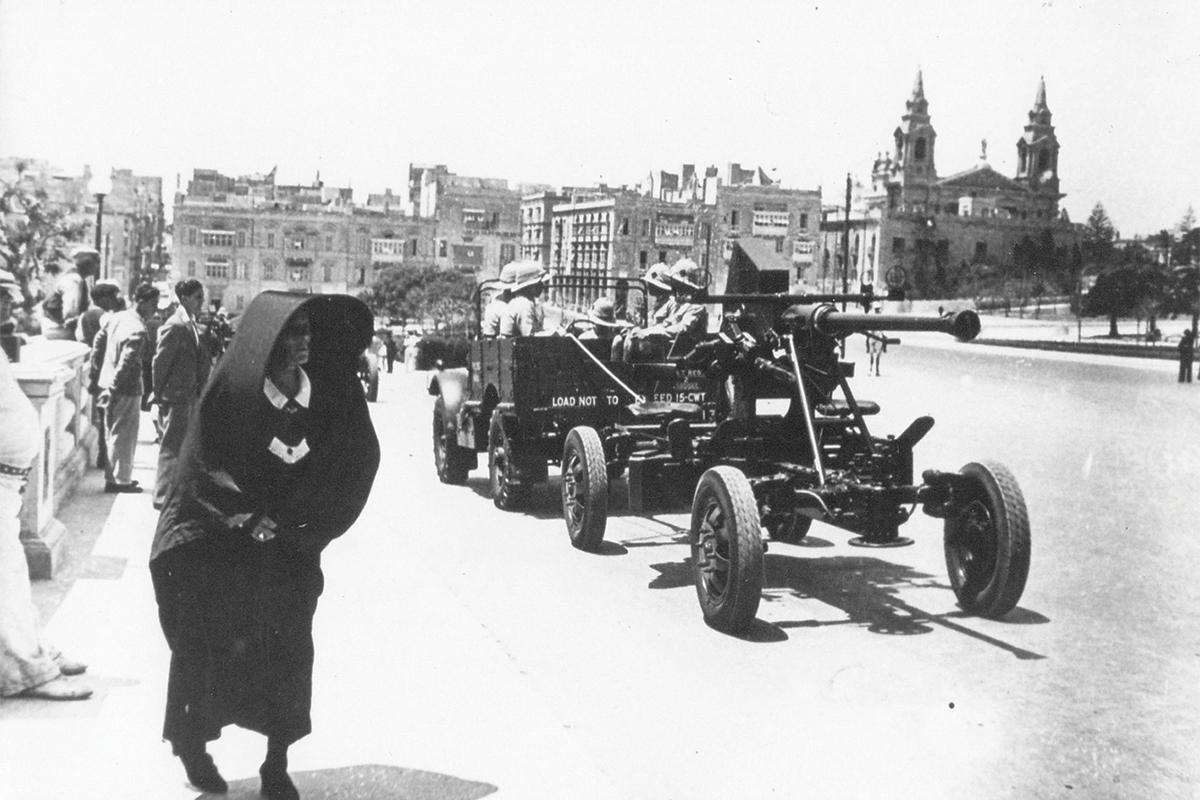 The term Passive Defence became common during the late 1930s due to the fear of a gas attack, mostly by Italy, which it had used during the Italo-Abyssinian War of 1935-36. At about the beginning of World War II, the term changed to the Civil Defence Organisations (CDO).

Air Raid Precautions (ARP) began being organised in July 1939. ARP personnel always carried a gas mask in a haversack, an armband, a whistle to alert civilians and a rattle to be used when suspicion of gas existed. 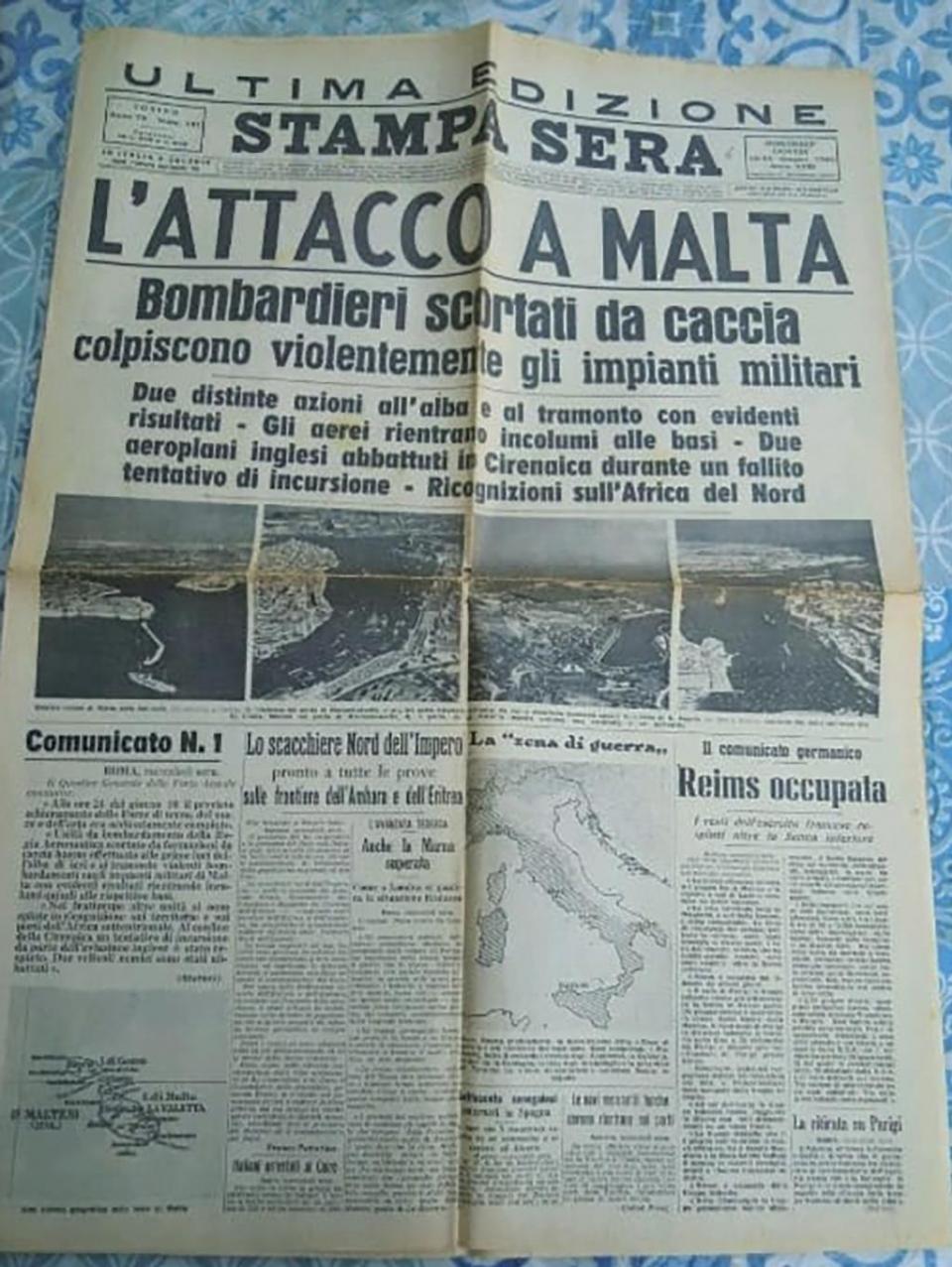 The front page of the June 11, 1940 edition of the Italian newspaper Stampa Sera with the headline ‘L’Attacco a Malta’ (The attack on Malta). Photo: Facebook.com

To reinforce Malta’s land defences, the 8th Battalion Manchester Regiment arrived on May 20 from Gibraltar. The battalion was split in company locations and further dispersed to man a very large number of pillboxes around the island’s coast.

Another CDO was the Special Constabulary, which was set up in May 1940. Its main aim was to assist the regular force of the Malta Police in maintaining order in the country. All special constables were issued with a steel helmet, a brassard, a white armband and only their inspectors received a full officers’ uniform.

On May 20, local newspapers carried an appeal calling for hunters to join the Malta Volunteers Defence Force, to guard the countryside against possible landing of enemy parachutists. 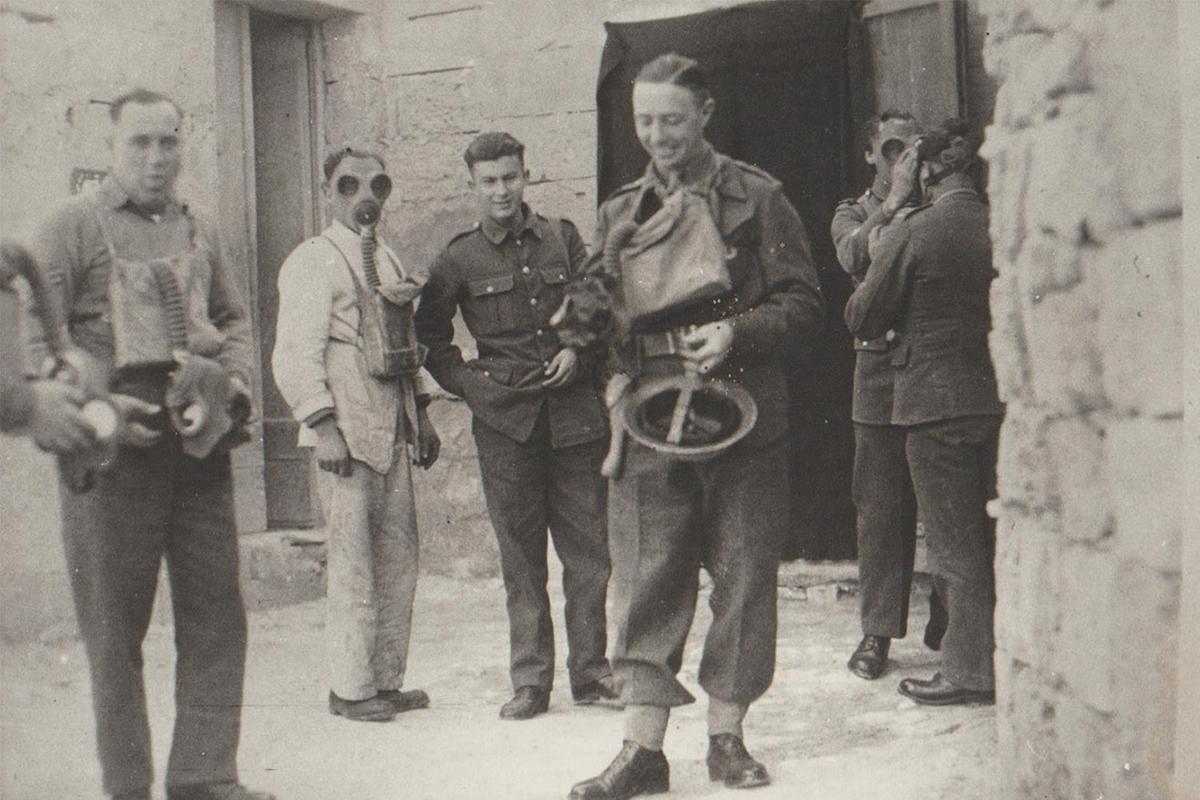 Men of the 2nd Battalion King’s Own Malta Regiment trying out their Mk 3 lightweight gas masks.

On the night of May 2-3, 1940, a blackout practice was held from 10pm until dawn the following day. An air-raid warning practice was held on May 11 at 7pm. As from May 27, a curfew was imposed between 11pm and 5am. However, as the authorities had neglected to continue Lord Strickland’s policy of excavating rock-hewn shelters that had started five years earlier, the local authorities advised civilians that in case of an air attack, they should take shelter in their own homes under the stairs or under a table.

As war clouds were approaching Malta, a day of prayer and pilgrimage for the Maltese Catholic was held on Sunday, June 9, 1940. A crowd of some 20,000 took part in the diocesan pilgrimage organised by the Cathedral Chapter of Mdina. The men walked bareheaded behind a wooden cross and the women recited the rosary and prayed for “peace and justice”. Pilgrimages were held to the Sanctuary of Our Lady at Tal-Mensija in Birkirkara and to the Church of Our Lady tal-Mirakli at Lija. A penitential procession was held as part of the celebrations of the titular feast of the Sacred Heart of Mary at Sliema.

With France on the verge of defeat to Nazi Germany and Britain recuperating from the Dunkirk evacuation, Italy’s Fascist duce Benito Mussolini considered the time was right to join his fellow dictator, Adolf Hitler, to score some victories and make conquests of his own. So at 6pm on Monday, June 10, 1940, the Italian dictator appeared on the balcony of Palazzo Venezia in Rome, where, addressing the crowd, the country and the world in his unusual, energetic manner, he declared that he had finally taken the crucial decision to declare war on Britain and France.

On June 11, 1940, at about 6.55am, wailing sirens heralded the approach of the first enemy aircraft over Malta

He said: “The hour marked by destiny is sounded in the sky of our country. This is the hour of irrevocable decisions. The declaration of war has already been handed to the ambassadors of Britain and France. We are going to war against the plutocratic and reactionary democracies of the West, which have hindered the advance and often even threatened the existence of the Italian people… 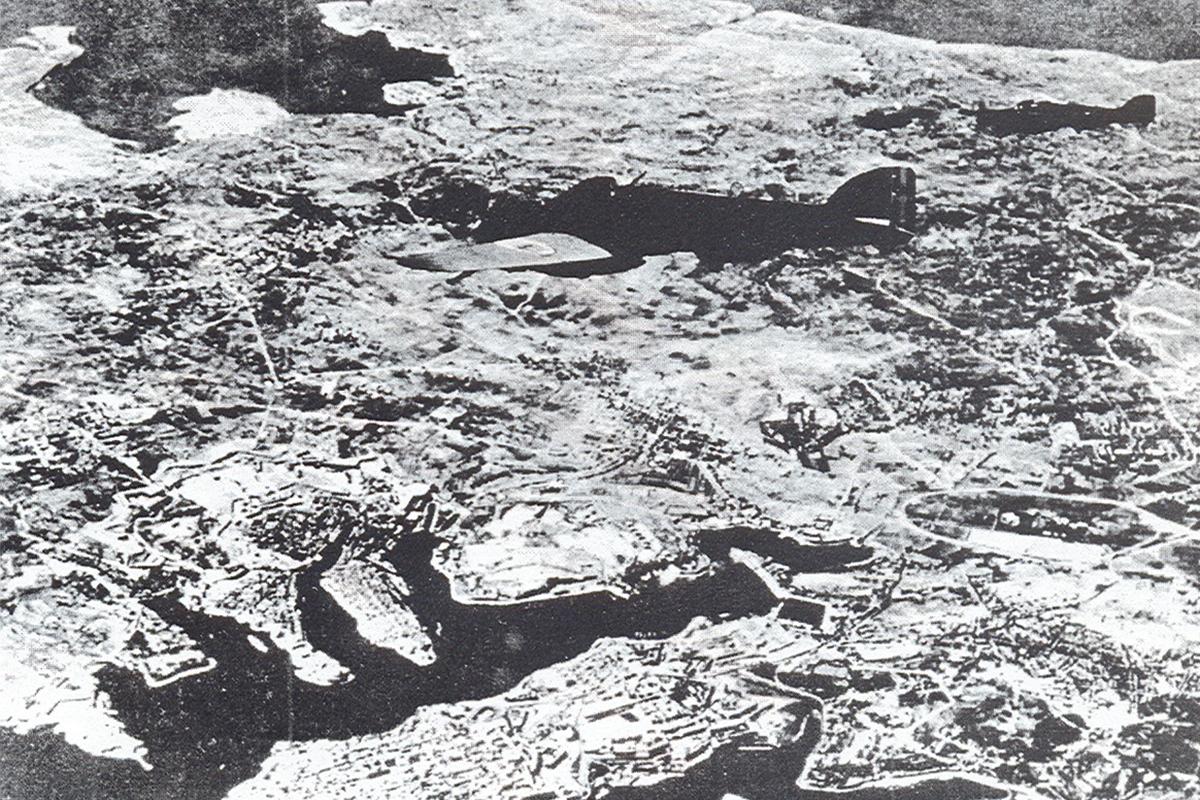 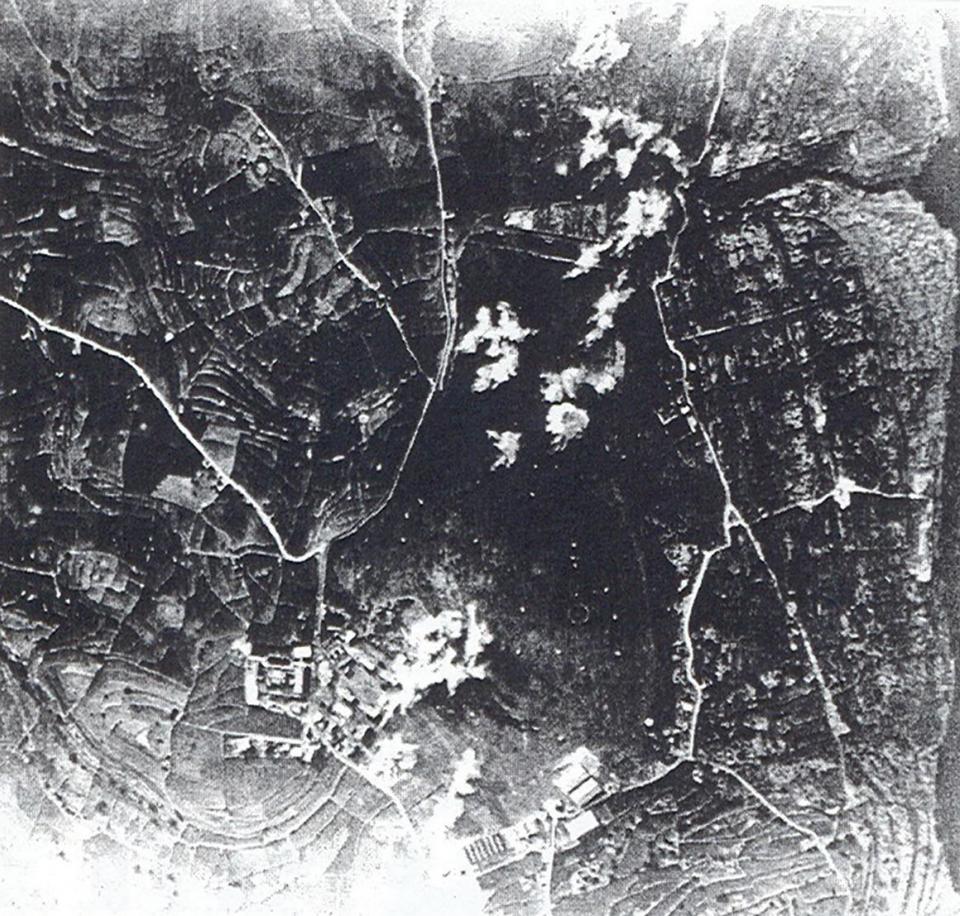 “Our conscience is absolutely tranquil. With you, the whole world is witness that the Italy of the Lictor has done what was humanly possible to avoid the hurricane which is overwhelming Europe, but all was in vain…

“We are taking up arms, after having solved the problems of our land frontiers, to settle that of our sea frontiers. We want to break off the territorial and military chains which are strangling us in our sea, for a people of 45 million inhabitants is not truly free if it has no free passage over the sea.

“Proletarian and Fascist Italy is for the third time on her feet, proud and united as she has never been before. We have only one watchword which is clear-cut and binds everyone. This word is already in the air and is burning in Italian hearts from the Alps to the Indian Ocean: to conquer. We shall conquer, to give at last a long period of peace with justice to Italy, to Europe, to the world.

“People of Italy! To arms! Show your tenacity, your courage, your worth.” 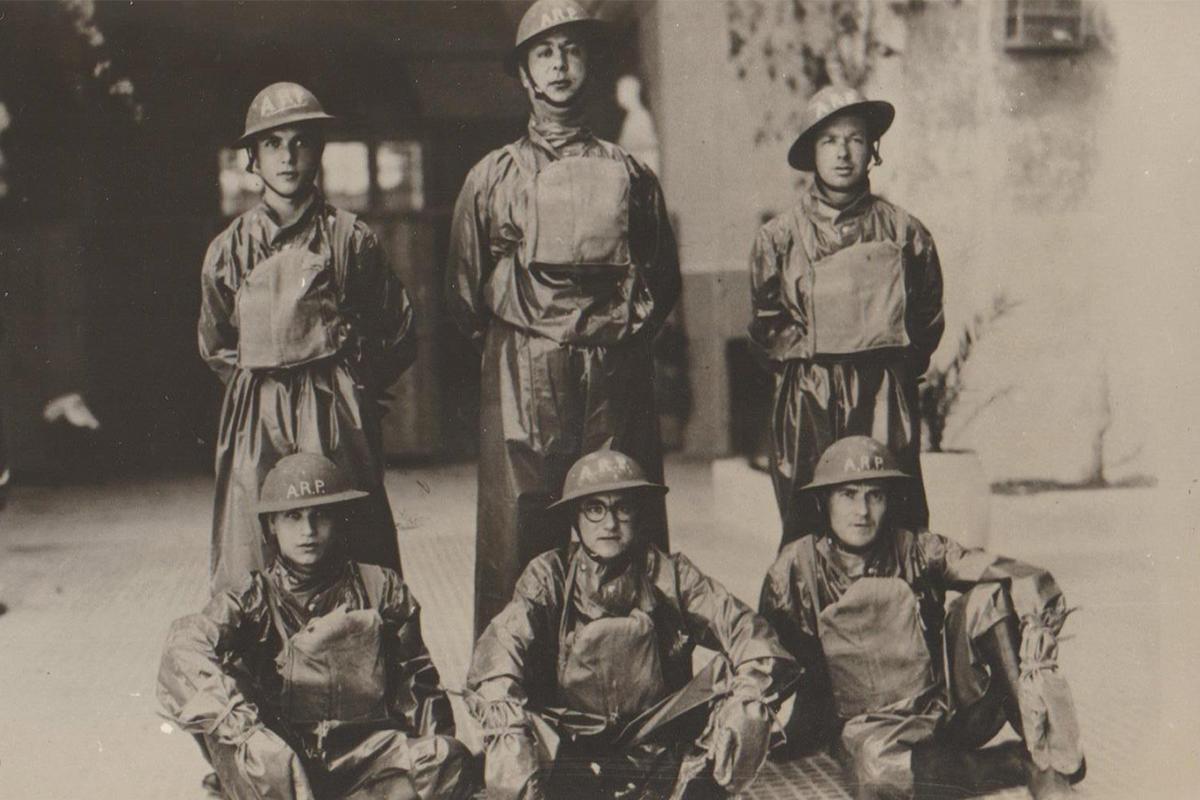 A decontamination squad of the Air Raid Precautions.

On June 11 at about 6.55am, wailing sirens heralded the approach of the first enemy aircraft over Malta. The first bombers were 10 Savoia Marchetti SM79s, escorted by Macchi MC200s, which crossed the 60-mile channel on their way to their targets – the Grand Harbour, Kalafrana and Ħal Far.

As the enemy bombers were approaching the island, the three Gloster Sea Gladiator biplanes Faith, Hope and Charity  took off to meet them, but without effect. During the first raid, a stick of three bombs fell over Upper Fort St Elmo. Here, men of the Anti-Parachute Squadron 1st Coast Regiment Royal Malta Artillery (RMA) were posted, armed with rifles, to watch out for any landing attempt by the Italians. One of the bombs exploded on the top platform of the Cavalier, killing six of them, including a boy, Philip Busuttil.

During the afternoon, another raid was conducted on Malta, this time without fighter escort. The Italian bombers again attacked Kalafrana, Grand Harbour and Ħal Far. This time the Gladiators did not take off to intercept the intruders, but the anti-aircraft defences put up heavy and accurate barrage. During the first attacks, the island’s ground batteries were augmented by gunfire from HMS Aphis and the World War I monitor HMS Terror berthed in Lazaretto Creek whose four-inch guns shook houses in the vicinity. 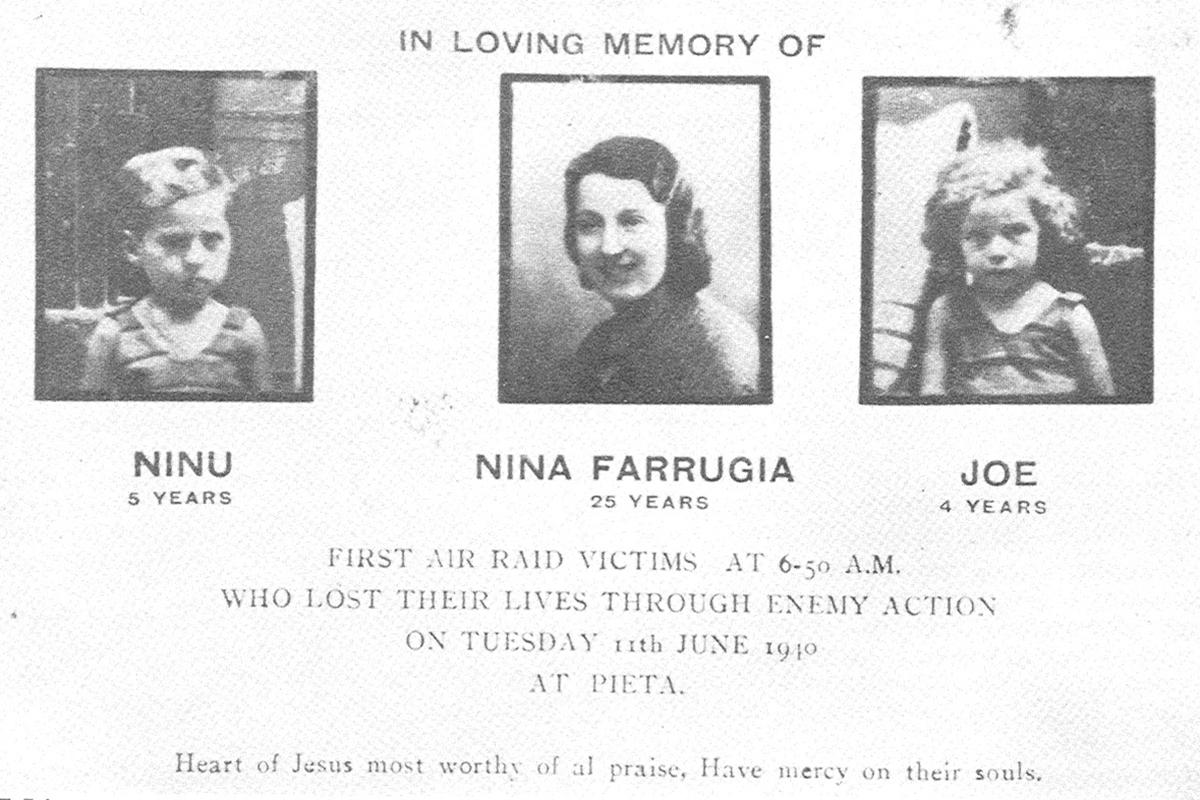 Three young victims of the first Italian attacks on Malta on June 11, 1940.

The day saw seven bombing sorties and a reconnaissance flight but caused negligible damage to military objectives. Although the Italian bombers were ordered to avoid bombing urban areas near the dockyard around, many bombs fell on Valletta, Porte-des-Bombes, Pietà, Guardamangia, Msida, Gżira, Marsa, Żabbar, Tarxien and Sliema.

During the first days of attacks on Malta, 11 civilians were killed and 130 were injured. As panic spread, most Maltese refugees went to Qormi, Birkirkara, the Three Villages, Rabat, Siġġiewi and Żebbuġ, while others went to Mosta, St Paul’s Bay and Mellieħa.