“...but it would be nothing, nothing, without a woman or a girl” according to the lyrics of James Brown’s famous song. If so, what is it like to be a woman in this man’s world? Strangers in a Strange Land, a new multidisciplinary art exhibition opening this week at MUŻA, poses precisely this question. Curator Margerita Pulè talks to The Sunday Times of Malta about the dynamic artists challenging social norms in this powerful show designed to stir things up and get people talking.

Congratulations on this exhibition, curated through your organisation Unfinished Art Space. Can you tell us about your work?

Unfinished Art Space is an independent, artist-run, nomadic space. I started the project in 2019 to work with artists showing contemporary and more experimental work in Malta. So far we’ve worked at The Mill in Birkirkara, Studio 87 in Valletta and at Casino Notabile in Rabat-Mdina. We’ve worked with local and international artists and we’re happy to collaborate with like-minded individuals and organisations. 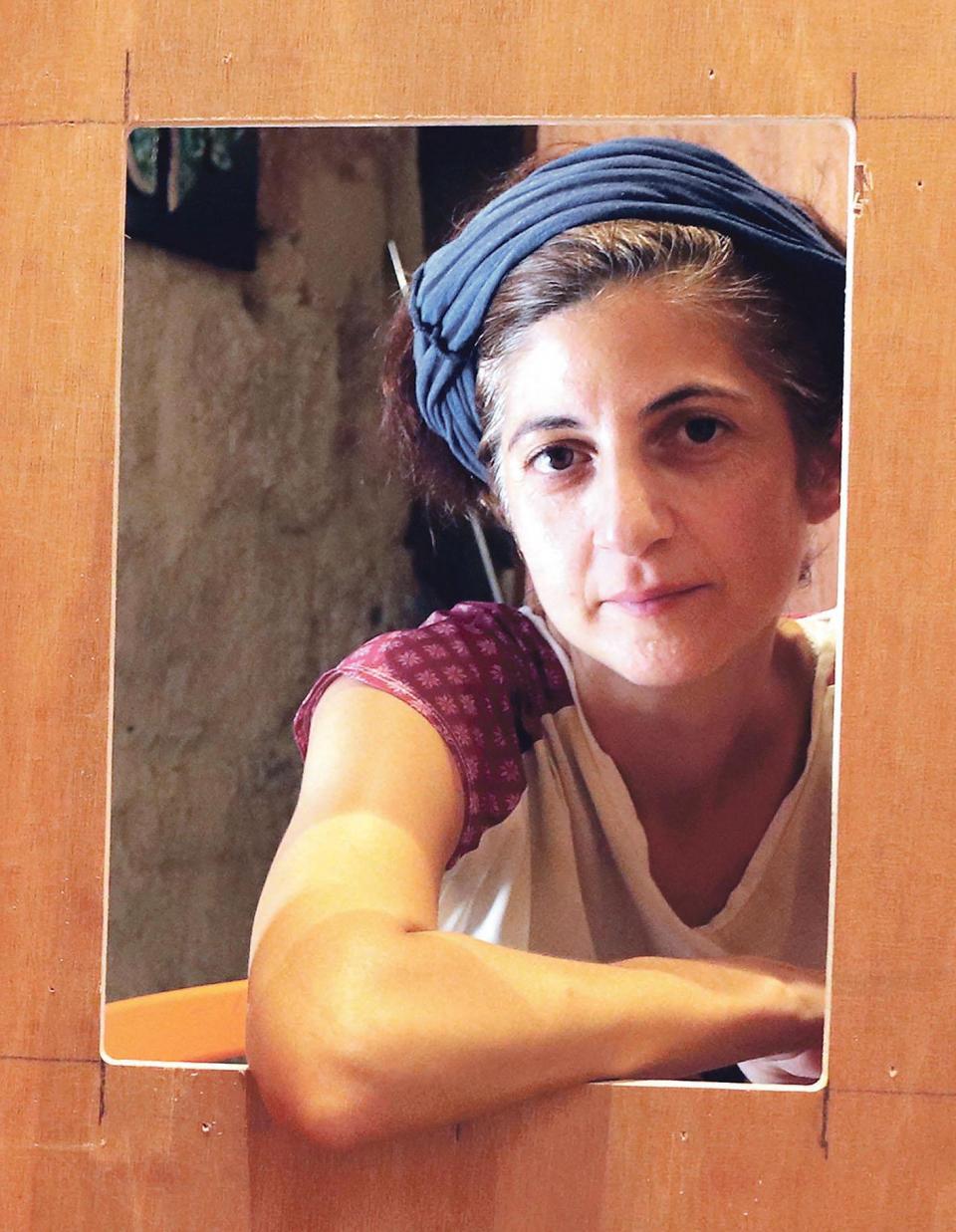 Strangers in a Strange Land is part of Wikimedia Community Malta’s Art+Feminism 2020 Project. Can you tell us about the wider project?

Art+Feminism is a non-profit organisation that directly addresses the inequality of gender, feminism, and the arts on Wikipedia. The Malta edition is organised by Wikimedia Community Malta, in collaboration with Spazju Kreattiv and the MP3 Foundation. Alongside two exhibitions at Spazju Kreattiv, there are also several Wikipedia Workshops and edit-a-thons taking place, which will contribute to increasing the footprint of women artists on Wikipedia. The Gabriel Caruana Foundation is also taking part with an exhibition at their base at The Mill in Birkirkara.

Having MUŻA on board is very much a stamp of approval from the Maltese art establishment. How did this come about?

Yes, we’re very happy to be the first temporary exhibition hosted by MUŻA since the museum opened its doors, and yes, it is a boost for Unfinished Art Space’s CV to work there. In short, we answered a public call that was issued last year, and were among those selected to show there. 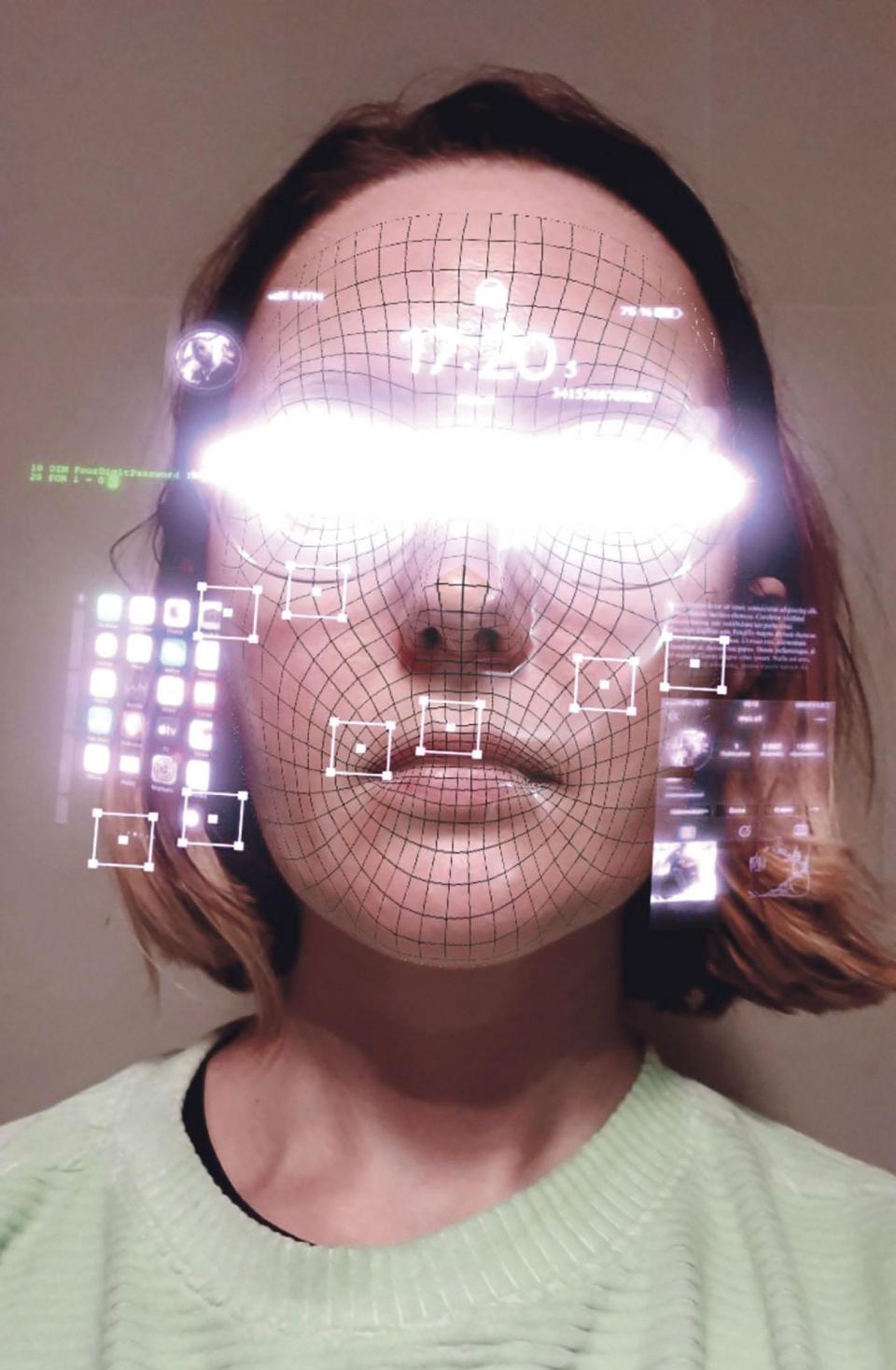 How long have you been working on the project?

I’ve been working on this show for about a year. I also worked with exhibition designer Tom van Malderen on the layout of the space, and the exhibition furniture, and of course, I have been working with the MUŻA curatorial and technical teams to put the show together.

Congratulations on successfully securing funding from the Arts Council. Do you have any tips for other artists on applying for the Project Support Grant?

There’s no magic answer to this! I’ve been on the other side, evaluating applications too. It comes down to having a strong proposal with a clear vision, and a well-written application, with appropriate collaborators, time-lines and budgets. I would say though, that it’s important to persevere. I had already applied with the same project unsuccessfully, and had to knuckle down in order to improve and strengthen the project so that the second time around, it would be successful.

Can you explain the title and concept of the exhibition and why you decided to do this now?

The name of the exhibition refers to a biblical passage, in which Moses’s son is born and he names him Gershom, meaning stranger, because he himself had been a stranger in a strange land. It’s also the title of a science-fiction novel by Robert A. Heinlein about a human born on the planet Mars and raised by Martians, who comes to Earth in early adulthood. 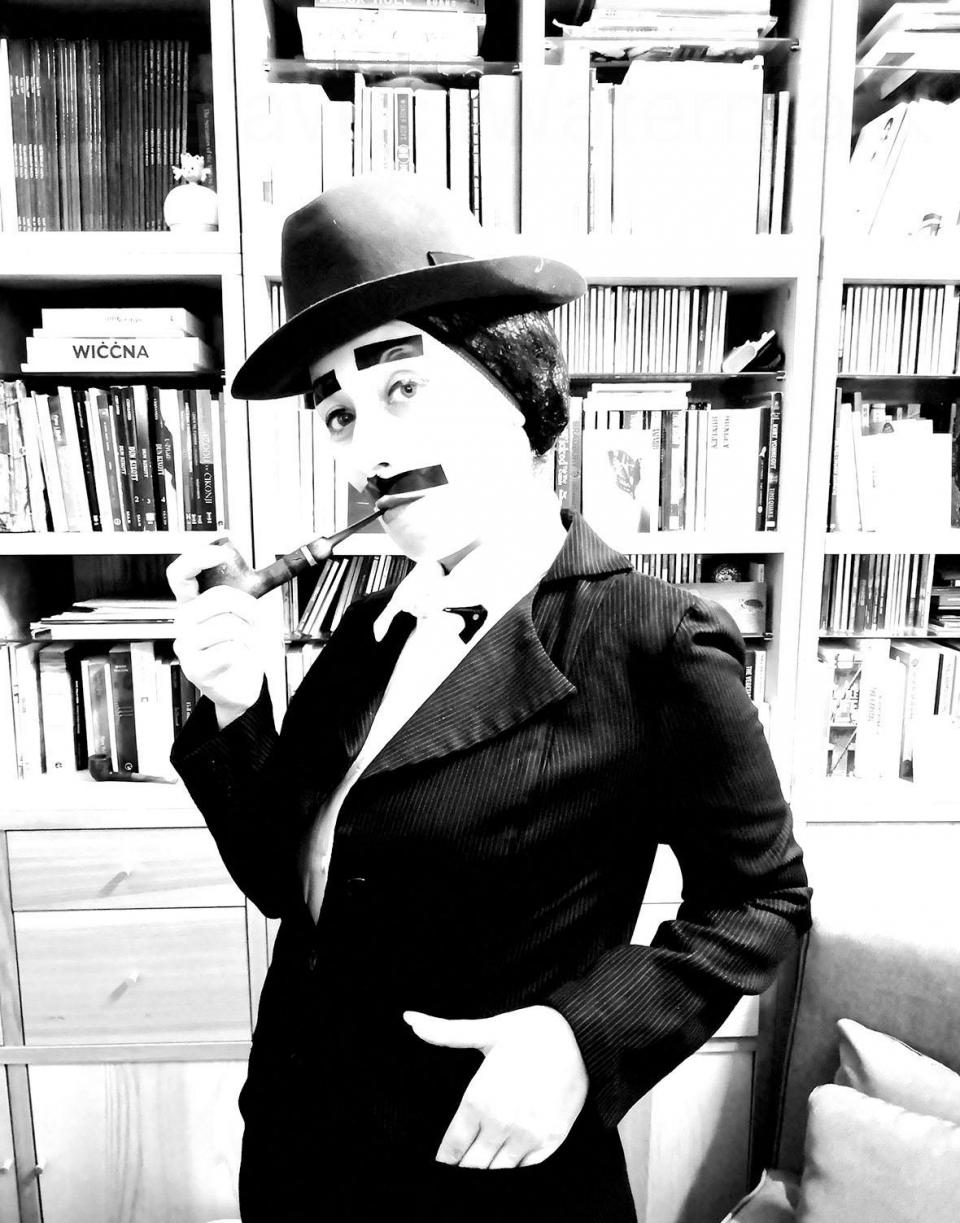 But ultimately, the title refers to the hundreds of negotiations that women make as part of their daily lives – often without even being conscious of them – to navigate a world where the default is almost without exception a male version of the world. This can range from small irritations like shelving or mirrors being too high for women, to more significant inequalities like algorithms misrecognising women’s voices or faces, or sexual assaults against women not being adequately recognised or prosecuted.

“It can be frustrating, living in the twenty-first century, and still being subject to the thousand tiny cuts of chauvinism – the expectations of how women should behave and what men are entitled to, are still very much ingrained in our societies. That doesn’t mean of course that all men are sexist and always wrong – rather it serves as a baseline for society’s status quo; the male version of everything (from fictional protagonists to crash-test dummies and medical text books) is where our society takes its starting point from – women placed in a perpetual state of ‘clawing back’ their identity, rights and existence from this stand-point out of necessity and self-preservation. 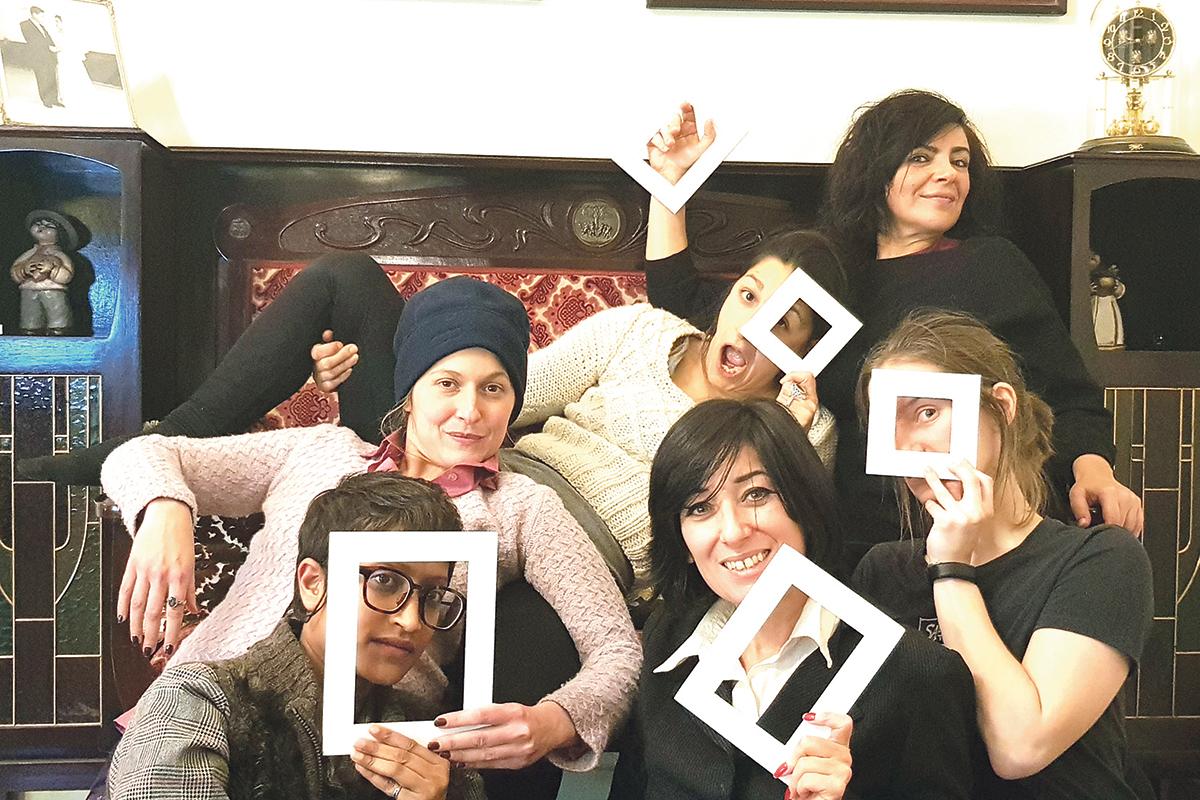 Which came first, the concept or the artists, and how did you go about identifying artists?

Well, I began by researching artists who were working along these lines, or who I felt could interpret the theme. I had already worked with Letta Shtohryn and Charlene Galea. Charlene works frequently with the female body and its place on social media, so it was natural to work with her – she then brought Etienne Farrell into the project.

I had seen Barumbara performing at Valletta Contemporary with their work Verbi: mill-bieb ’il ġewwa. It was so refreshing to see something so multi-disciplinary and different in Malta, that I wanted to bring them back to work on something else! I had seen Roxman Gatt’s work Imħabba Bl-Addoċċ during a Fragmenta Malta event a few years ago, and at the Malta Pavilion at the 2017 Venice Biennale. Lastly, I’m very happy to be able to include a piece of writing by Bettina Hutschek in the exhibition catalogue and I’m excited to see how people react.

So, some of the artists were friends, some were acquaintances, and some I didn’t know at all. It’s been exciting to see the work of successful, very intelligent women artists coming together within the show.

You refer to a social ‘status-quo’ favouring men, which the exhibition sets out to challenge. What impact do you hope to have?

I suppose I’m hoping to facilitate thought around the whole issue of gender equality. The artists haven’t created prescriptive work that tells the audience what to think, rather, each work puts forward a premise, a reality or an idea that I hope will spark thought or discussion. There’s also the practical aspect of collaborating with Art+Feminism to increase the amount of information about women artists on Wikipedia. 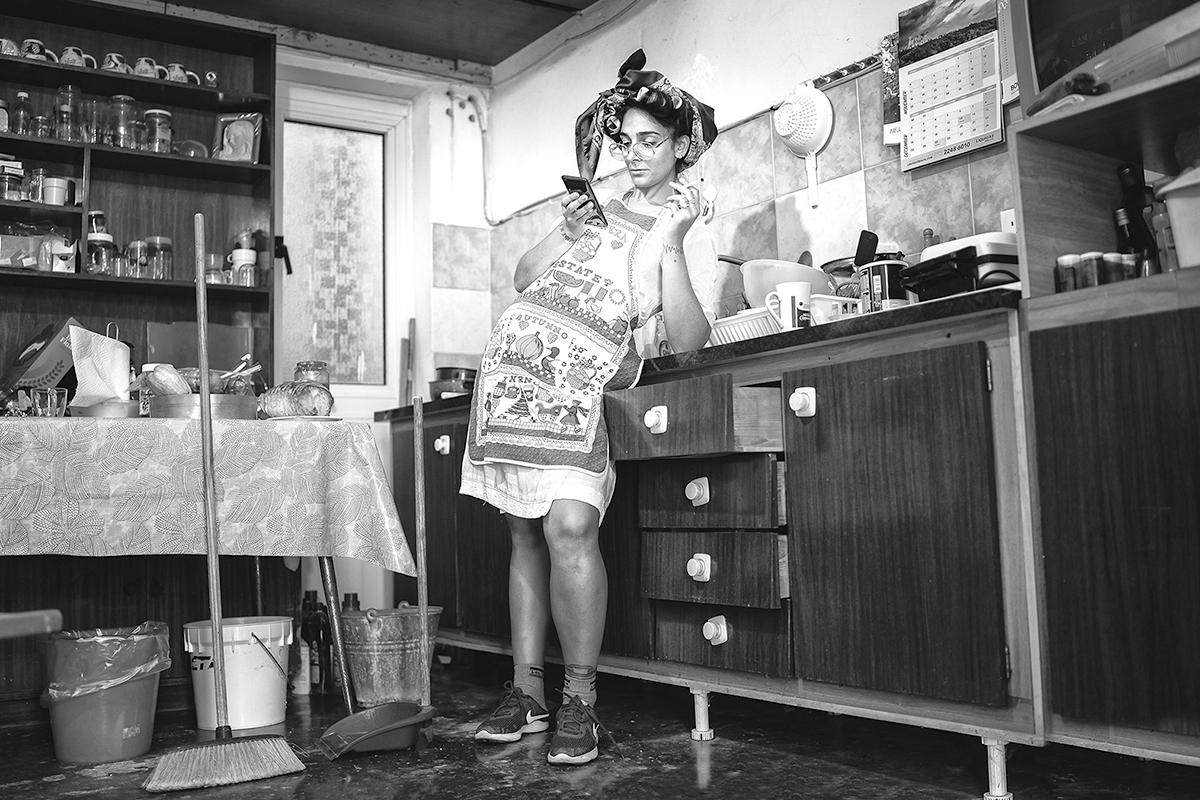 Can you tell us a bit more about the artists, their background and their work?

The artists taking part are very different. Barumbara Collective was founded in 2017 as an interdisciplinary performance art project. Etienne Farrell and Charlene Galea both work with photography, human narrative and the idea of the audience’s participation and interaction with their work. Roxman Gatt’s multidisciplinary work follows from research which explores sexuality, identity, gender and consumption, most recently working with themes of humanising and even fetishising consumer objects.

Berlin-based Bettina Hutschek lived and worked in Malta for many years. She is a visual artist, curator and videographer. In 2017, she co-curated the Malta Pavilion at the Biennale di Venezia, together with Raphael Vella. She is founder and director of Fragmenta Malta, a project to organise pop-up exhibitions in the public spaces of the Maltese Islands. And finally, Letta Shtohryn works with digital art, sculpture, textile and intervention to explore our relationship to the digital realm and our intertwined coexistence with it.

Well from March I’ll be concentrating on my own practice, working on a research project – also with Arts Fund support – in collaboration with anthropologist and curator Elise Billiard. I’m also very happy to be working with the digitisation project Magna Żmien. In terms of Unfinished Art Space, we’re planning a new collaboration with artist Adrian Abela, so watch out for something a bit different coming up in April-May!

Strangers in a Strange Land is hosted by MUŻA as part of Spazju Kreattiv’s Art+Feminism 2020 Project, in collaboration with Wikimedia Community Malta. The project is supported by Arts Council Malta with additional support from Express Trailers and with collaboration from Soroptimist International Malta.