The late Spanish author Carlos Ruiz Zafón said “every time a book changes hands, every time someone runs his eyes down its pages, its spirit grows and strengthens”.

This could define the force Gabriel Buttigieg harnesses in his search for a soul that defines his art and enriches his career as one of the most promising artists of his generation. He is not after the shock factor and high-brow concepts that mostly fail to impress.

Conceptual art in Malta was a late arrival, with a few examples such as Raymond Pitré’s Plastic Ghost of 66, that were exceptions to the rule. The urge to be ‘conceptual’ and at one with the times was an itch scratched decades too late to accommodate an agenda that had the juicy participation in the Venice Biennale of 1999 dangling as the proverbial carrot.

Buttigieg is adamant that his persistence in portraying the naked human figure is a reaction to the elitist yet anachronistic attitude that still erroneously considers conceptual art to be the template for high art in Malta. In his opinion, this smacks of intellectual servilism that still shackles the local art scene via the misconception that art has to be conceptual and cerebral in order for it to be valid, sexy and contemporary.

This widely-shared attitude can be a hindrance to the burgeoning Maltese scene that boasts many very interesting and thought-provoking artists who use conventional mediums of painting and sculpture to express themselves.

Buttigieg acknowledges and admires the creative efforts of some, though not all, protagonists in the local conceptual field, some of whom he says are great friends. However, he rejects the disregard and disdain some art historians and theoreticians display in relation to a painting on a wall or a sculpture on a column which they disparagingly label as passé.

The world beyond our shores has moved on and painting has made a huge comeback, stealing the limelight in the world’s major museums and exhibiting spaces. 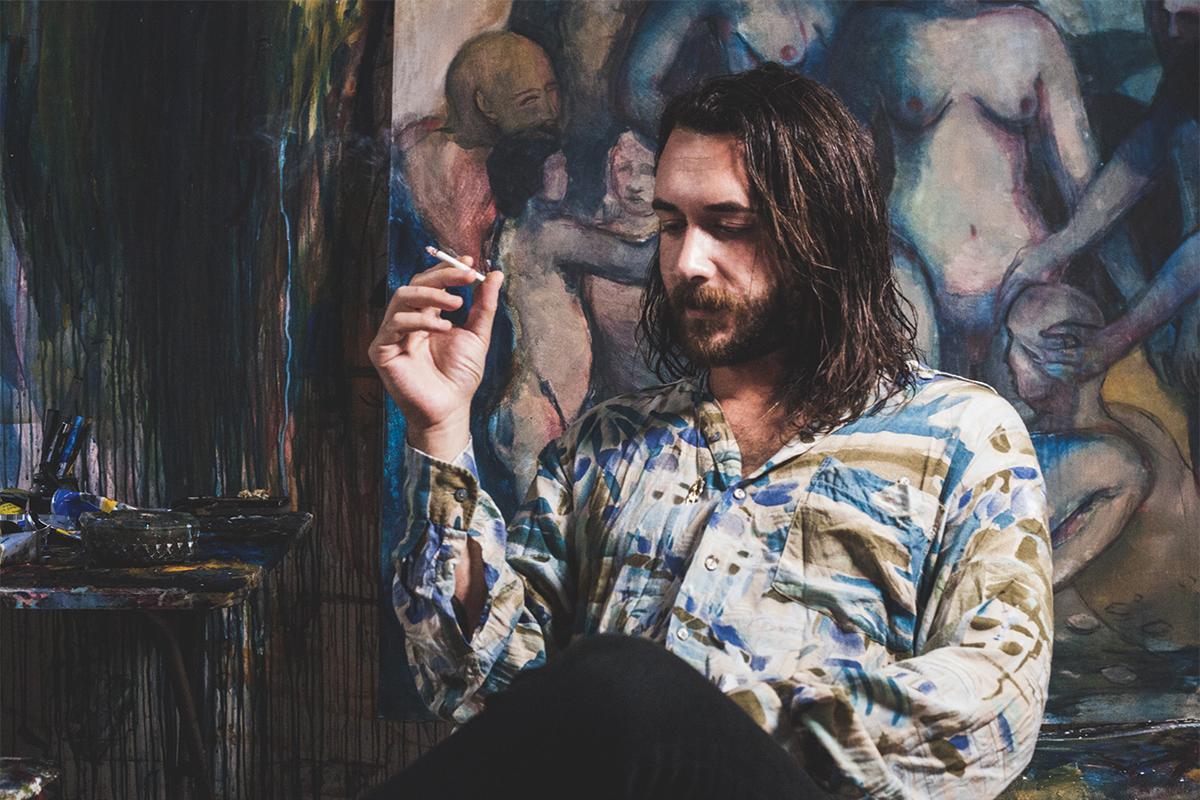 “I would remember a Lucien Freud or an Eric Fischl solo exhibition for the rest of my days. A major retrospective by one of the giants of conceptual art would evoke only minor or no interest whatsoever,” Buttigieg says.

He feels that disposition also holds true for the vast majority of the art-loving public, connoisseurs as well as world-renowned art historians and critics. 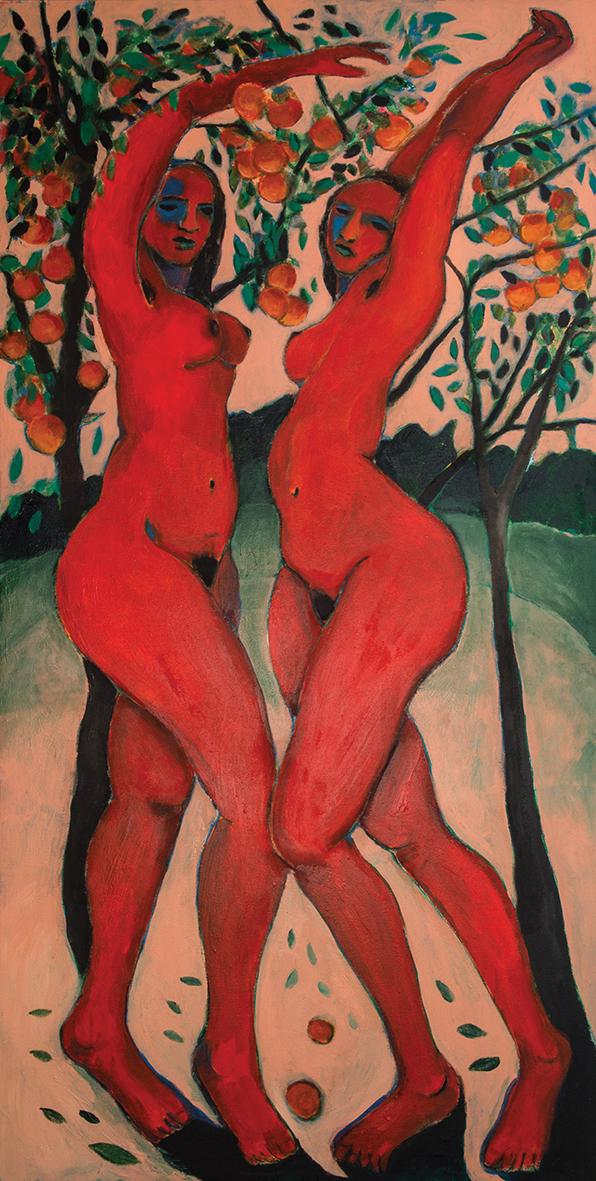 Two Women and Orange Trees, from the Primordial series.

“I’m aware of certain parameters that define me as an artist. Ironically, I feel I’m essentially not a Maltese artist, but an artist in Malta. My art is an effect to the cause, i.e. the international art that preceded mine, be it the cave paintings of Lascaux, the Byzantine art, mannerism, baroque and moving on to modernism and the contemporary,” he says.

Buttigieg adds that he is forever indebted to his father for buying art books that introduced him to the great masters at a young age.

“Thus, my love for these magnificent artists was established. I religiously poured over these win­dows into other worlds and copied the masterpieces in their folds, thereby honing my nascent technical abilities in figuration”.

Buttigieg’s father, one of Malta’s controversial playwrights, nurtured in the young boy a love for an art that is genuine; an art that has a soul and that, in the artist’s words, could move mountains.

This sensitivity went against the grain in Buttigieg’s art student days. He attended classes that promoted art that disenchanted him and that he found to be soulless.  Through hindsight and knowledge of art history, he now appreciates the evolution of such great artists like Mark Rothko, Jackson Pollock and Victor Pasmore.

Studying psychology at the University of Malta altered his perspectives and introduced him to the works of famous exponents like Heinz Kohut and Otto F. Kernberg.  Nowadays, he feels that pursuing this degree gave him a grounding that enabled him to follow a fulfilling artistic path. 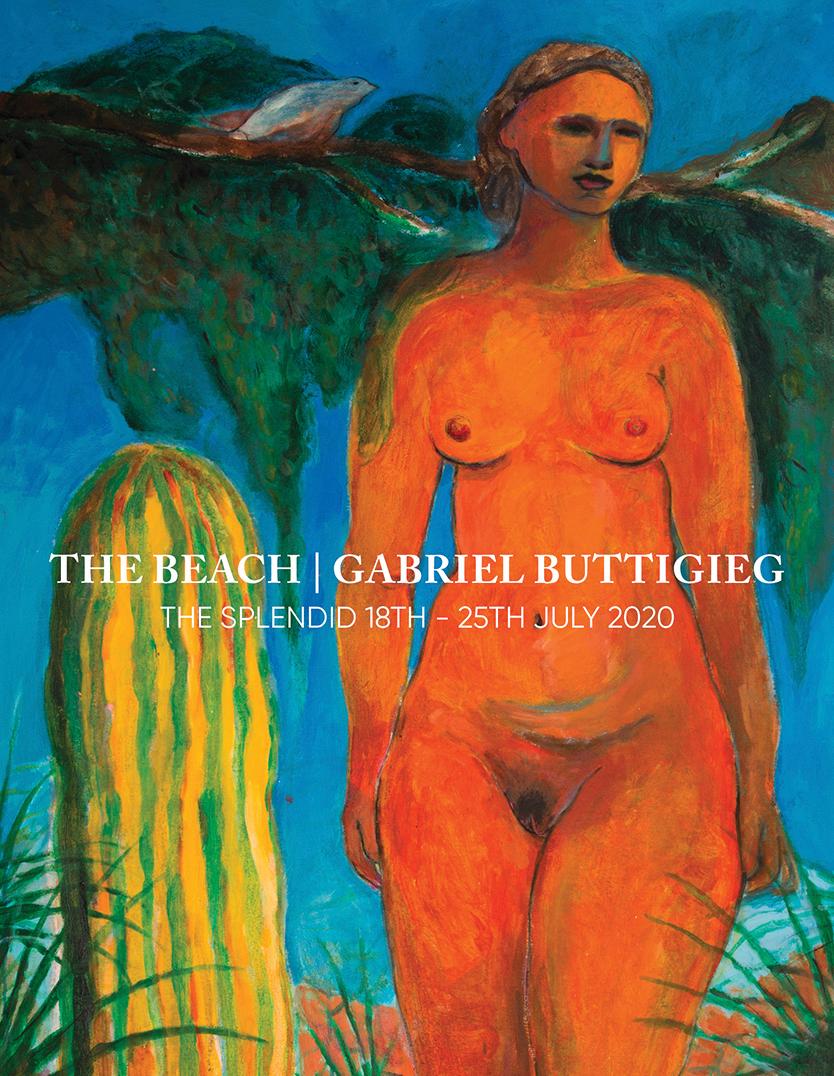 “Ironically, now I’m more comfortable discussing concepts or the human condition with a philosopher, a psychologist, a sociologist or a musician rather than with someone from the artistic sphere. This perhaps further supplements my perception that my art is a disenchantment with, or rather a reaction to what is considered to be at the forefront of today’s art in certain Maltese artistic circles,” Buttigieg says, while adding: “I’m not saying I don’t discuss art and don’t enjoy dialogues with my colleagues and people from the local art scene”.

When he was taking his first tentative steps as an artist, this feeling of trying hard to be conceptual, this compulsion to break new ground while satisfying some abstract high-brow criteria was overwhelming. Unless he conformed, he used to feel his failure as a novice in the local contemporary art scene would be his bond.

“Holding my brush and caressing a canvas felt like a reactionary act of going against the grain. But I was encouraged by the contemporary art world beyond these shores which demonstrated that painting was very much alive and kicking, that it had made huge inroads by re-evaluating and reinterpreting modernism,” he says. 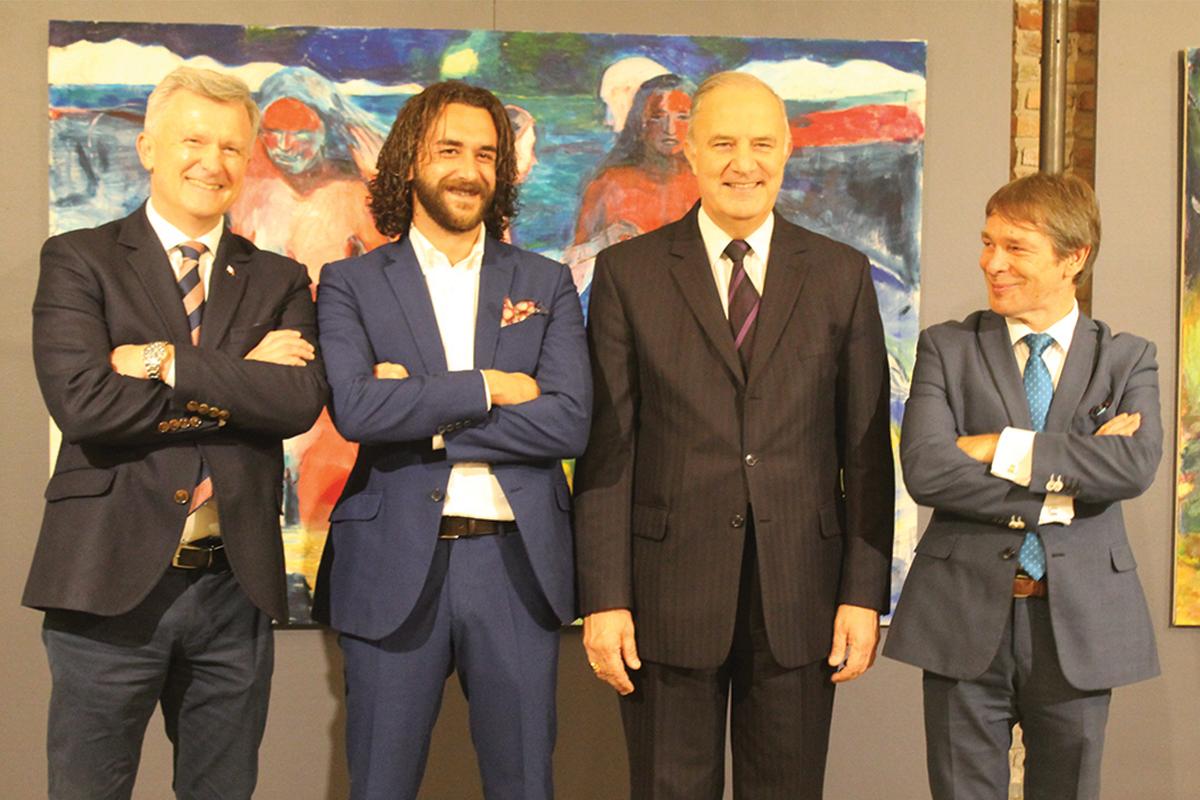 Buttigieg (second from left) at the exhibition’s opening in Gdansk, Poland.

“Nowadays, I’m confident in my persistence of portraying the human condition and exploring it in relation to sexuality and instinct, in relation to what makes each one of us so painfully vulnerable and so anxious to even exist. One of the most eye-opening cre­dits at university was on evolutionary psychology as it explained a lot with regard to my outlook to painting and art in general.

“My paintings are what I’m about. The reason for reducing the human body into its brown, simian equivalent is simply a reaction to a situation that irks me.”

The Beach, the title of a collection of paintings that was exhibi­ted in Gdansk, Poland, last year and which is being exhibited in Valletta until Saturday, evokes images of languor as legions of bodies are prostrate at the mercy of the unforgiving Maltese sun.

But­tigieg captures these relationships between these sun-worshippers, enthralled by their naked and innocent freedom – a return to the Garden of Eden sans the sadistic demands of a scheming god. These large canvases can be seen as ‘peoplescapes’ or ‘body landscapes’, eliciting comparisons with the large-scale works of US photographer Spencer Tunick.

Buttigieg’s paintings are also ‘peoplescapes’ shining with a transcendental quality that can be defined by Tunick’s own words: “Individuals en masse, without their clothing, grouped together, metamorphose into a new shape. The bodies extend into and upon the landscape like a substance.”

Buttigieg captures this supremely on a few square centimetres of canvas space.

The Beach is hosted by The Splendid in Strait Street, Valletta, and is open to the public until Saturday,  from 10am to 1pm and from 4pm to 7pm. Entrance is free.