One of two Turkish mothers appealing a controversial jail term that separated them from their young sons says her family has been left “completely broken”.

Muzekka Deneri made the comments in a statement to Times of Malta, after she was jailed for six months last week for using forged travel documents.“My family is completely broken as I’m in prison in Malta.

My husband is in Greece and my four-year-old boy is placed at a children protection institution. We have not chosen this. This whole thing has been forced upon us,” 29-year-old Muzekka Deneri wrote in a statement sent by her husband, Musa Deneri.

“We had to leave Turkey to avoid unjust prosecution. All we wanted was to start a new life in a peaceful country.

”Muzekka and her friend,  Rabia Yavuz, 27, were jailed for six months last week after they admitted to using forged travel papers as they sought to avoid repatriation to Turkey, having fled prosecution in the attempted 2016 coup.

They were arrested at the airport while in transit to Belgium. The two appealed the jail term, arguing it is excessive, and are in the process of applying for asylum. Their lawyers are set to request bail.

Meanwhile, their boys, Akif Yavuz, 2, and Sina Deneri, 4, have been placed in state care and, since last week, they have only seen their mothers via Skype calls.

The jail term sparked a barrage of criticism from NGOs and social workers who argued that the children’s best interest has not been taken into account by the court that could have opted for a suspended jail term.

Speaking to Times of Malta, the fathers of the children – Musa Deneri and Fatih Yavuz, who are currently in Greece – said they are heartbroken at the thought of their boys not being with their mothers.

“What we really want is for our wives to be united with our children. We are very happy and thankful with the way the police and Maltese authorities have been treating our family.

“The only thing we disagree with is the jail term. Separating our children from their mothers added to the trauma they have had to go through, of no fault of their own but because they were born in Turkey, a country we had to flee for our own safety,” Musa said with the help of an interpreter.

The fathers did not want to share photos of them or their wives for fear of being kidnapped by Turkish intelligence, something that has happened in the past to Gulen members.

Musa explained that both he and his wife worked with educational NGOs affiliated with the Gulen movement that was blamed for the 2016 failed coup. 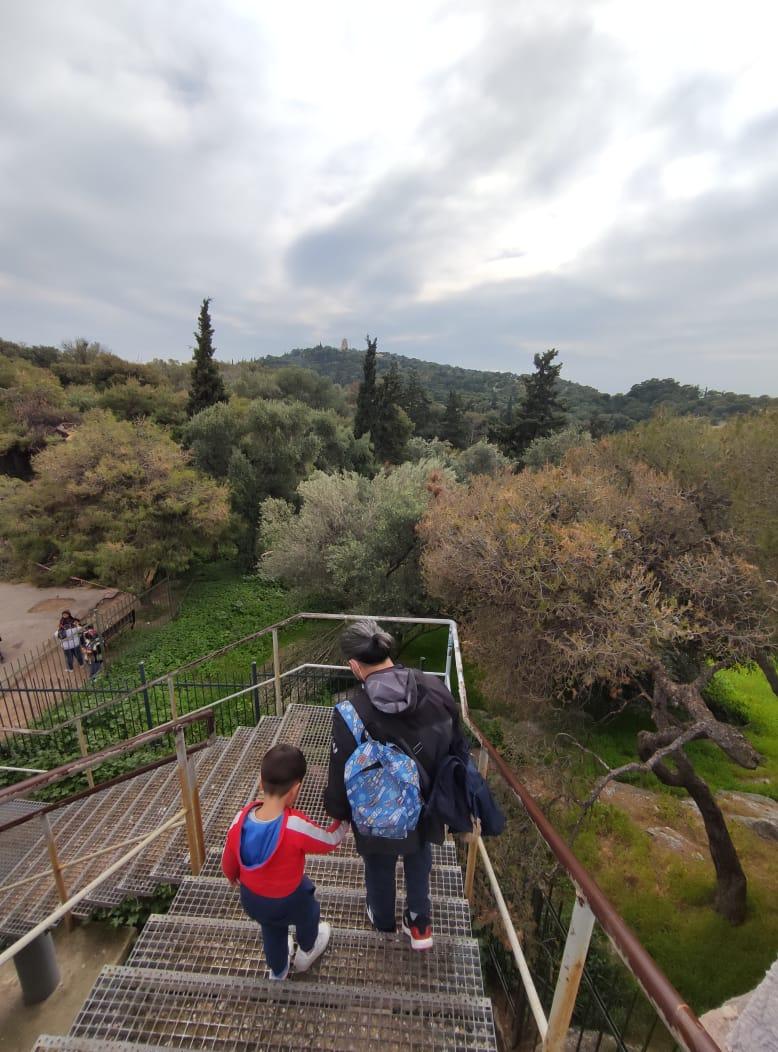 The couple met in 2015, sharing political beliefs and a hope to one day see a democratic Turkey.

Over the years President Recep Tayyip Erdogan carried out a sweeping purge of state institutions after the plot, sacking or suspending more than 100,000 public sector employees, including teachers and judges, who were accused of links to Gulen.

There have been many trials of alleged plotters and courts have issued more than 2,500 life sentences.

Sina Deneri was born in April 2017. When he was 55 days old, the family fled where they lived in hiding for three years.“Living in hiding was very stressful. We heard that the police were looking for us and that they had been at our home in Istanbul several times. So, in August 2020 we decided we had to leave Turkey for our own safety,” Musa recalls.

They travelled by boat down the Maritsa river to get to Greece. “The journey by boat was terrifying,” he recalled.

Over the past years, thousands of Turkish members of the Gulen organisation joined the migrant wave in Greece through the river that claimed the lives of thousands.On arrival in Greece they were arrested by the police. They stayed in a refugee camp for some time before moving to an apartment. They were initially granted six months permission to stay while they applied for asylum, which they never obtained.

While waiting for asylum in Greece, the Deneri and Yavuz families met.

Fatih Yavuz, an Electronics and Communications graduate from the Yildiz Technical University met his wife, Rabia, in April 2016. Rabia graduated from the Istanbul University in Science Teaching.

The couple married in July 2017, a year after the coup.Ever since the coup many of their friends and relatives were arrested.

“In January 2018, the police came to our address in the village, and my father-in-law's house with an arrest warrant for me,” he says. Meanwhile the couple got pregnant.

“My wife was going to give birth in August. We did not have her doctor's check-ups. We could not go to the hospital because we were afraid that the police would take my wife from the hospital. But when the time of birth came, we had no choice,” he says.

Rabia went to the hospital but Fatih could not go with her due to the arrest warrant.

One day after the birth, plainclothes police were already waiting at the hospital

“As we expected, one day after the birth, plainclothes police were already waiting at the hospital, they took my wife and my newborn child to the police station and took a statement and immediately referred them to the court. The judge decided to hold a trial, postponing the trial because of the newborn child. This process wore us out a lot,” he says adding that the family lived on the run until September 2020 when they travelled to Greece as irregular migrants.

But, like the Deneris, when they realised they would not be given asylum they decided to leave. They felt they had to choice.

'We had no choice'

“We had no documents. No passports. We could not work and we could not leave. When our children were sick we were not entitled to hospital care. Our only choice was to try to leave without documents,” the fathers said.

They obtained false documents and tried to leave as a family several times but failed.

“Then we decided to change strategy. The women and children would leave first and we would join them,” Musa said.

So, on July 26, the men took their wives and children to the metro station from where they headed to the airport.

“I can’t help crying as I remember the last glances of my son and wife. We have been married for six years, we have never hurt each other, my son is very smart, the only purpose of both of us is a peaceful, safe life for him and his education because now he has grown up and has come to the age of going to kindergarten,” Musa said.

Now he and Fatih speak to their wives daily over the phone but they have not spoken to or seen their sons since July 26.

Looking back, the father wishes he never let them leave without them.

“I’m so sorry,” he said, adding that while Malta was not on their radar, “we are people of faith and believe that if Malta can offer us a safe place to call home, we would be thankful.”