Sta Lucia coach Oliver Spiteri said that the club’s transfer dealings in January were crucial for the newly-promoted side to boost their chances of avoiding the drop come the end of the season.

Last weekend, Sta Lucia won a crucial relegation six-pointer when they cruised past rivals Senglea Athletic 5-2 to open a seven-point lead over the Cottonera side who are currently sitting second from

bottom and remain four points clear of Sliema Wanderers and Gudja who are currently sharing the relegation play-off spot.

“This was a very important victory for us,” Spiteri told the Times of Malta.

“At the moment, there are five teams entangled in the relegation battle and had we lost to Senglea Athletic it would have thrown race wide open with all the teams separated by a few points.

“But my players approached the match in the right frame of mind and they managed to finish the job with a convincing display. Now, this win gives us some much-needed breathing space as we moved up two places in the standings and have opened an important gap on the teams that are placed below us.”

While Sta Lucia may be smiling at the moment, things had looked grim for the Saints in the closing weeks of 2019. In fact, Spiteri’s men looked to be in trouble when they went through a run of one draw and five defeats.

“I think the turning point of our season was in November when I sat down with the club committee and together we identified the areas in our squad that needed to be strengthened,” Spiteri said.

“At that moment, it was clear that we were struggling to score goals and in fact we had only managed eight goals overall which was a very poor statistic. The club worked hard and in January we brought in Brazilian duo Paolo Henrique and Maxuell who quickly settled down and immediately left their mark with some crucial goals.

“Added to that, we brought Timmy Aquilina in goal while Leighton Grech added further speed and now we have a much stronger squad.

“With these signings there is a healthy competition for places and that will ensure that all the players can maintain their focus until the end of the season.”

Despite his team’s impressive run of late, Spiteri said that the relegation battle is likely to be settled on the final day of the season given the huge equilibrium that exists between the teams involved.

“It’s crystal clear that there is a huge equilibrium between all the teams in the division so I’m sure that the relegation battle will go to the wire,” the former Naxxar and Balzan coach said.

“You cannot underestimate any team this season as everyone is capable of winning or losing against any side. Therefore it will be key for us - the approach we will take from now till the end of the season.

“Should we adopt that approach we will come good in the end.” 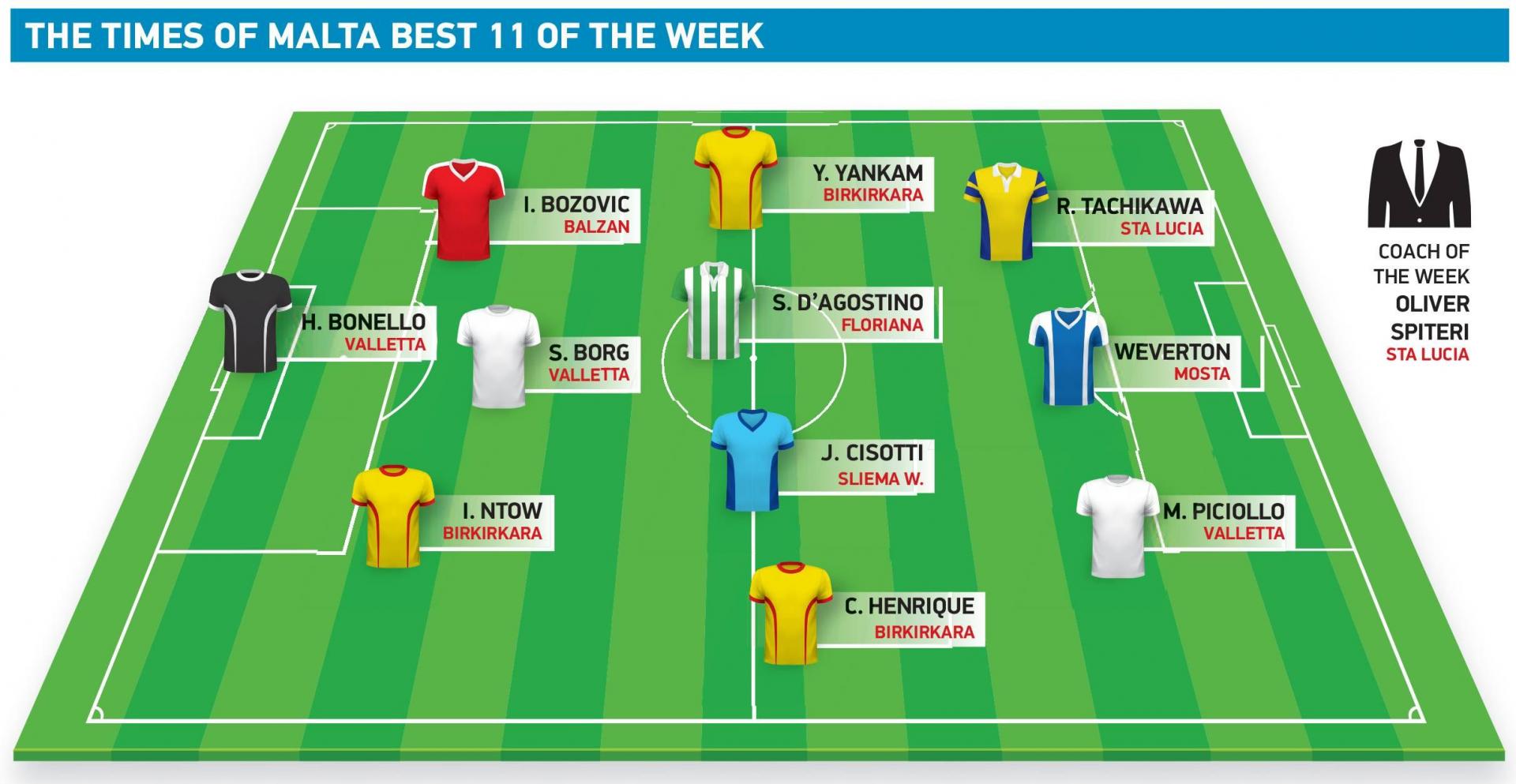 Next up for Sta Lucia is a match against the team sitting above them Mosta and Spiteri warned his players of the threat this match poses for his charges.

“Mosta are a very good side and are led by Mark Miller who in my opinion is one of the best coaches to be managing in Maltese football,” Spiteri said.

“We are playing against a team who still have a lot to play for as they are not out of the relegation picture completely so I’m expecting them to come out for the points against us.

“Certainly, it’s going to be a tough match but we too have shown that we are a good side so it will depend on us whether we can stretch our good run further.”