Japanese short track speed skater Kei Saito failed an out-of-competition doping test on the day of his arrival in Pyeongchang and has been expelled from the Winter Olympics, Japan team officials said on Tuesday. Saskia O'Donoghue reports....

The first drugs allegation at the winter Olympics.

Japanese short track speed skater Kei Saito failed a doping test on the day of his arrival in Pyeongchang.

Saito was a reserve athlete who had not yet competed in South Korea.

He was provisionally suspended after testing positive for a masking agent. That's a drug that can be used to cover up banned performance-enhancing substances.

This is the first doping case during the testing period of the Olympics in South Korea and comes as Tokyo prepares to host the Summer Games in 2020.

The athlete said he was stunned by the finding, denying he has ever doped. But he says he decided to accept the ruling, so as not to 'burden' his team.

The team chief said an initial test on Saito in January had come back negative.

He added that while the suspension was only provisional it was better for the athlete to leave as there was no time to clear his name.

Doping cases are rare among Japanese athletes and this is the first for the country at a Winter Olympics.

Last month, however, sprint canoeist Yasuhiro Suzuki admitted to spiking a rival's drink with an anabolic steroid to scuttle his Olympic dream.

He was banned for eight years over the incident. 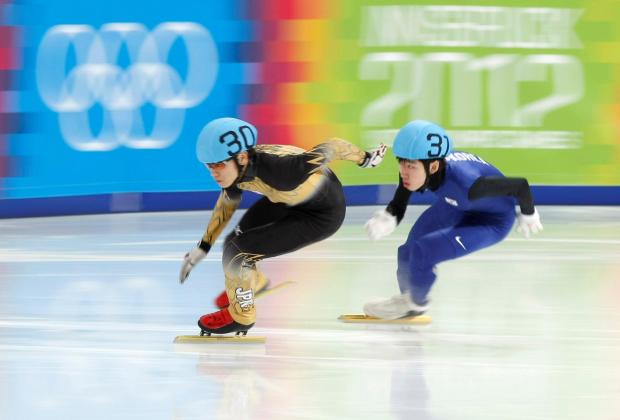