A group of prominent global writers have chastised Valletta 2018 chairman Jason Micallef for his derogatory comments about Daphne Caruana Galizia, six months after her murder.

In a statement endorsed by the likes of author Salman Rushdie and screen writer Ian McEwan, PEN International expressed "profound concerns" with the behaviour of the management of Valletta 2018. 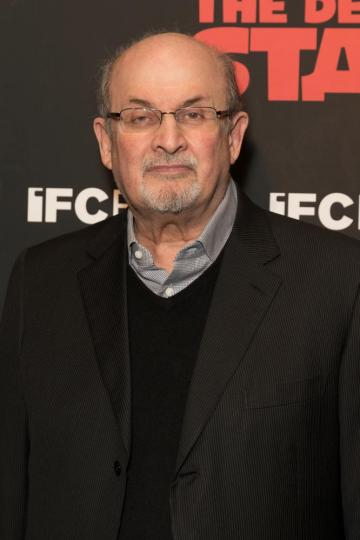 "Since her assassination, Micallef has repeatedly and publicly attacked and ridiculed Daphne Caruana Galizia on social media, ordered the removal of banners calling for justice for her death and called for her temporary memorial to be cleared," PEN International said.

Mr Micallef created a stir last month when he posted a picture of the big crowd for the St Patrick's Day celebration in St Julian's and in a twist of the last words written by Ms Caruana Galizia, wrote: "St Patrick's Day in Malta. The situation is desperate. There is happy people everywhere you look."

He has also vehemently objected to Ms Caruana Galizia's memorial in Valletta.

This is far from appropriate behaviour for an official designated to represent the European Capital of Culture, and serves to further the interests of those trying to prevent an effective and impartial investigation into the journalist's death, they said.

"Since her death, we have witnessed with horror the repeated and aggressive destruction of the memorial to Caruana Galizia in Valletta, which was created in response to this horrific event. The Maltese authorities have not attempted to protect this memorial."

"The assassination of Daphne Caruana Galizia was ordered in direct response to her journalistic work in exposing rampant government corruption at the heart of the EU... European culture includes the freedom to criticise, satirise and investigate those in power."

The role of the chairman of the European Capital of Culture should be to safeguard this right, not to threaten it, they said.

"We believe this behaviour completely demeans the role and has profound implications for the integrity of the programme as a whole."

The Maltese authorities have not attempted to protect this memorial

There can be no tolerance for the ridiculing of the assassination of a journalist in the heart of the EU, especially from the very authorities entrusted to promote the EU's media and culture.

PEN International urged the government to immediately investigate the allegations against Mr Micallef.

"If found to be true, we urge you to call for his resignation and for the appointment of a qualified individual who demonstrates the requisite integrity for this role."

They said the ongoing investigation by the authorities does not meet the standards of independence, impartiality and effectiveness required under international human rights law.

"It is also of enormous concern to us that, even after her assassination, senior government officials, including Prime Minister Joseph Muscat are insisting on trying 34 libel cases against her, which have now been assumed by her family."