Over four decades after terrorising beachgoers in Jaws, the blockbuster movie’s almost eight-metre shark model has been installed at Los Angeles’ long-awaited Oscars museum, it was announced Monday.

“Bruce the Shark,” rumored to have earned its nickname from director Steven Spielberg’s razor-sharp lawyer, now lurks nine metres above the third floor of the Academy Museum, which is set to open in April.

The fibreglass predator is the only remaining version created for the classic 1975 movie, but with it measuring nearly 1.5 metres wide, was too large for the building’s elevators – and had to be levered in by crane through the window.

“It’s been a long journey for Bruce since he was acquired in 2016, and we couldn’t be happier to welcome him to his new home,” said museum president Bill Kramer.

Weighing more than 540 kilos, it is the largest object so far in the collection of the upcoming Academy Museum of Motion Pictures – a project by the body organising Hollywood’s Oscars, first dreamt up nearly a century ago but beset with delays.

Billed as “the world’s premier institution dedicated to the art and science of movies,” the museum will showcase some 13 million photographs, scripts, costumes and props including Judy Garland’s ruby slippers from Wizard of Oz and Bela Lugosi’s cape from 1931’s Dracula.

The museum is due to open April 30, 2021, although all indoor Los Angeles museums are currently closed due to COVID restrictions. 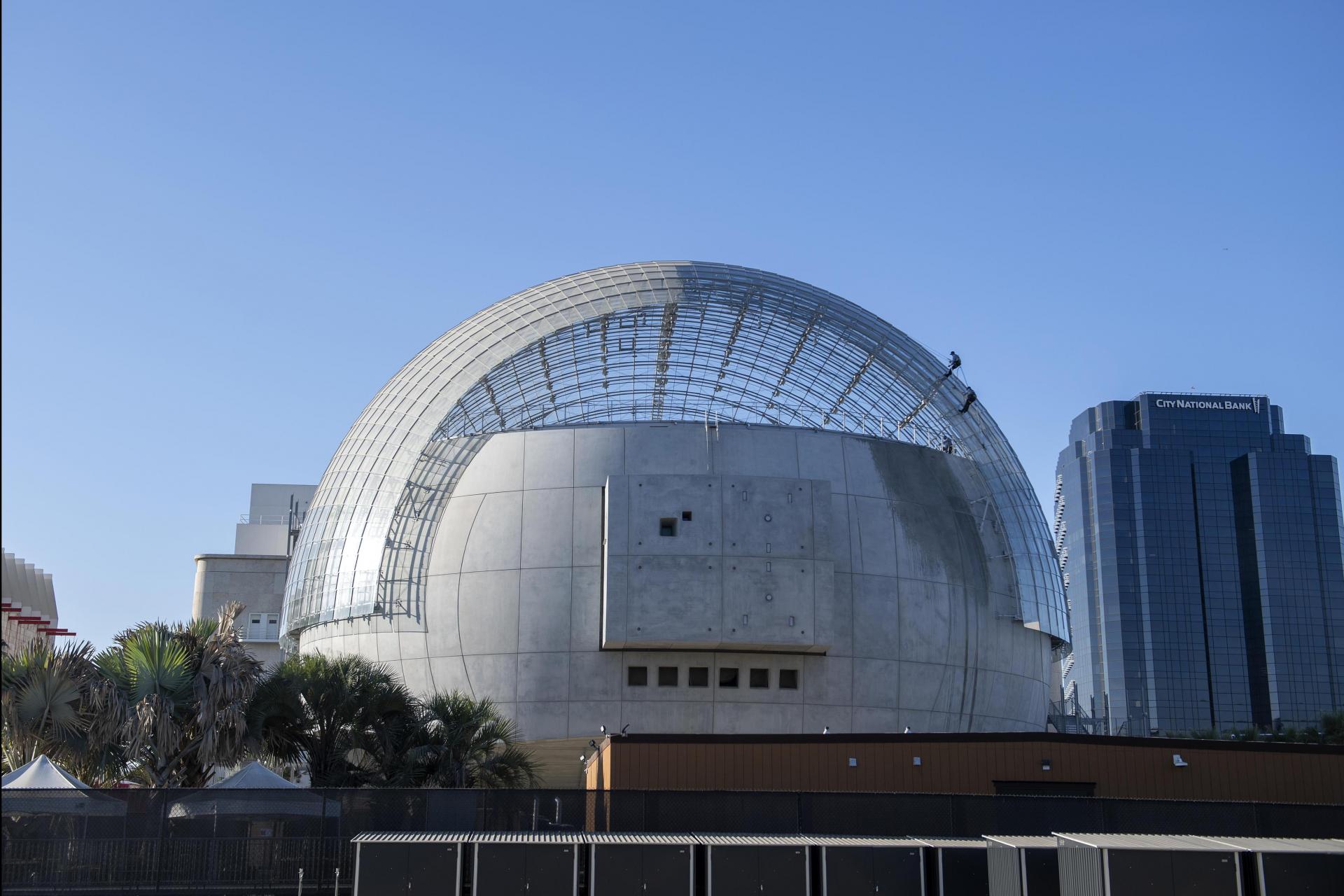 The futuristic museum, designed by Renzo Piano, is due to open next April. Photo: Valerie Macon/AFP

The futuristic museum contains a 1,000-seat theater inside a seemingly-suspended glass, steel and concrete orb designed by Renzo Piano, connected by sky bridges to a converted department store housing the main galleries – and the shark.

“We look forward to our opening when museum visitors can engage with our exhibitions, experience our beautiful Renzo Piano-designed building, and come face to face with one of the most iconic characters in film history,” added Kramer.