The dream of a 20-year-old afflicted by three bouts of cancer was fulfilled after his death when his family met Pope Francis in Rome this week.

Jerome Frendo had been diagnosed with a malignant and rare cancer – Ewing’s Sarcoma that targets bones and soft tissue – when he was just 16 years old.

Read: Today is another day worth living - 19-year-old diagnosed with cancer twice 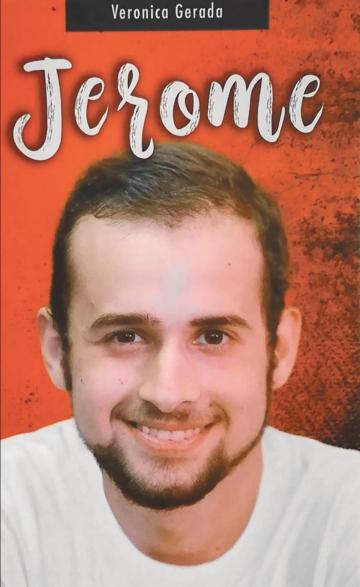 Outlived by his inspiring messages, Jerome also lives in Smiling with Jerome, a foundation set up by his parents. Before he died, the young man had asked his mother to support others in their same situation.

His parents Kenneth and Josette, his brother Jethro and aunt, Sister Rachel, on Wednesday presented to Pope Francis a book written in his memory.

Mr Frendo told Times of Malta his son had always felt inspired by Pope Francis and had once written a letter to the Pontiff, who replied with a personalised letter, addressed directly to Jerome and referring to his particular circumstances.

He added that during the long nights they spent in hospital when Jerome was battling cancer, his son used to express his wish to meet the Pope. Soon after his death in October of 2017, Jerome’s family started looking into how to fulfil his dream.

The Frendos met the Pope following his general audience, an event that left them emotional and speechless.

“The Pope’s reaction when we presented the book was indescribable. He hugged the book, shook our hands and took his time to speak to us,” his parents said.

The meeting has made 2019 even more special for the Frendo family. This year marks 50 years since the first Mass of Tirana Archbishop George Frendo, Jerome’s great uncle, who was present at the meeting with the Pope. It is also 25 years since his aunt, Augustinian Sisters’ provincial superior Rachel Frendo, took up her perpetual profession.

This year, Jerome’s parents also mark 25 years of marriage, a celebration they found quite difficult in the absence of one of their sons.

He hugged the book, shook our hands and took his time to speak to us

“Jerome’s loss is something that will never heal,” Mr Frendo said. In an interview with the Times of Malta a year after Jerome’s death, his parents had said that the gap he left was growing.

All proceeds from the book Jerome, by Veronica Gerada, go to the Smiling with Jerome foundation.

Log on to https://smilingwithjerome.com/ for more information about the organisation.