Joaquin Phoenix's latest film isn't an easy watch – and given its stark anti-meat agenda, it isn't meant to be.

The film has no narration, dialogue or plot. But as viewers get to know Gunda the Norwegian pig and her litter of squealing newborn piglets living their everyday lives, their inevitable fate looms.

"The life of piglets is obvious. They become sausages," said director Victor Kossakovsky.

"But Gunda, she became so famous... so many people stopped eating meat (due to the film) that the owner of the farm decided she will live until the end of her days.

"So at least one pig is alive after this."

Phoenix and Kossakovsky will be hoping their documentary – released Friday – could save many more.

The pair were introduced after Phoenix delivered an emotionally charged acceptance speech at February's Oscars ceremony.

The star decried how humans "feel entitled to artificially inseminate a cow... and when she gives birth, we steal her baby, even though her cries of anguish are unmistakable".

Crew members of Kossakovsky – accustomed to hearing him deliver similar speeches every morning on set – immediately phoned the director to ask if he had written Phoenix's script.

"No, I'd never talked to him," recalled a chuckling Kossakovsky, whose producers then screened Gunda for Phoenix. 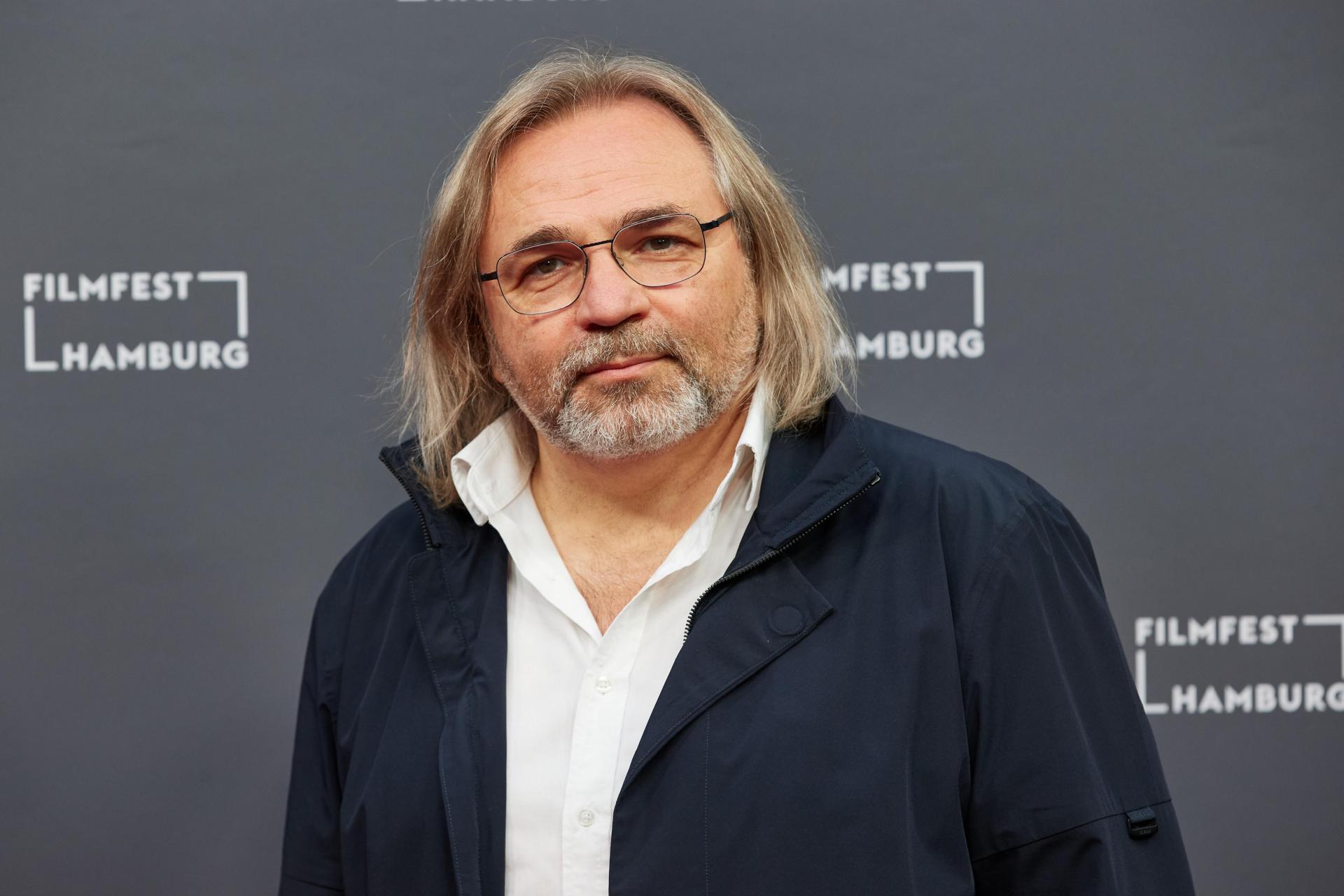 Viktor Kossakovsky, the Russian director, at the premiere of his film 'Gunda'. Photo: Georg Wendt / Dpa / Dpa Picture-Alliance via AFP

Phoenix recalled last week how he was "so moved" and had "never had an experience quite like this".

The actor immediately phoned Kossakovsky and told him: "Finally someone made it – someone showed how animals are."

"He was immediately part of the team... it was such a great match," Kossakovsky told AFP.

'No voiceover, no messages'

Russian auteur Kossakovsky has won dozens of prestigious awards and is well known to cinephiles but acknowledges that Phoenix's Hollywood glamor helps the film and its message reach wider audiences.

Kossakovsky had a taste of the full extent of that lure when he accidentally let slip the name of Phoenix's newborn baby River, a tribute to his late brother, at the Zurich film festival this summer.

"Suddenly 100 Russian newspaper, 100 European newspapers and American newspapers heard... suddenly all of them mentioned my name, and the name of my film," he said.

Kossakovsky is nonetheless wary of the backlash that can accompany Hollywood promotion of well-meaning causes.

Phoenix was lampooned for pledging to only wear one tuxedo throughout awards season in order to promote sustainable fashion, while the jet-set industry's climate change campaigners are often accused of hypocrisy.

Kossakovsky's film aims to sidestep accusations of lecturing or manipulation by putting its animals front and centre, with no voiceover or even music.
"If I put music similar to Schindler'sList because the subject is actually similar, the whole planet will cry," he said.

"I said, 'No, no, no voiceover, no messages, no music, no sign of pushing, no sign of pressing... just watch, decide for yourself,'" added Kossakovsky, a lifelong vegetarian who turned vegan during filming.

The method's impact is most stark at the film's arresting conclusion, as the camera follows an increasingly distressed Gunda around the farmyard as she panics over the fate of her piglets.

Her forlorn eyes as she stares straight down the camera lens still haunt the director, who chose Gunda as his subject within seconds of meeting the sow.

"She was my Meryl Streep... an amazingly special actress who can submit emotion without even opening her mouth," said Kossakovsky.

"We were planning for a four, six-month search. But the first animal we met was Gunda.

"It was clear she was talking to me."

Gunda is released on streaming via New York and Los Angeles "virtual cinemas" Friday, and in theatres next year.