Over two-thirds of MPs from both sides of the House receive some form of income from the government, including nearly one-third of Opposition MPs, an exercise carried out by The Sunday Times of Malta shows.

Prime Minister Joseph Muscat’s super-sized Cabinet already accounts for 37 per cent of all MPs in Parliament.

The remaining 12 backbench Labour MPs, amounting to 18 per cent of Parliament, are all on the public payroll either through full-time employment or direct orders and other top-ups.

In some instances, backbench Labour MPs are better paid than their Cabinet colleagues.

For instance, Edward Zammit Lewis’ failure to make it to Cabinet has paid off, as the MP has received over €140,000 worth of direct orders for legal consultancy services since the last general election.

Manuel Mallia earns €58,000 as chairman of the Occupational Health and Safety Authority as well as an advisor, according to a declaration of interests submitted to the Council of Europe, over and above the €21,000 parliamentary honoraria and his private income as a lawyer.

Apart from the Labour MPs, nearly one-third of Opposition MPs depend on the government for a living.

Although many of these Opposition MPs have long been on the public payroll, before being elected to Parliament, Dr Hyzler argues in his report that the general principle is that a person is not eligible for election if he holds or is acting in any public office.

I trust that this will be done within a reasonable time

“There is a glaringly obvious contradiction between the role of an MP that is, by definition, political and partisan, and that of a public employee who is subject to the ethical rules of political impartiality,” Dr Hyzler said.

Dr Hyzler concluded that having backbench MPs on the public payroll dilutes Parliament’s role of scrutinising the executive branch.

Government backbench MPs and Opposition MPs are already expected to juggle between their full-time jobs and part-time roles as legislators, for which they receive an annual honoraria of €21,000.

Unlike most established democracies, these MPs are not given any Parliament-funded research assistants to help them carry out their duties.

The Hyzler report said government MPs were being given an advantage, as the jobs given to them allowed them to dedicate most of their time to their political role as MPs. By contrast, Opposition MPs are discriminated against in that they would need to retain another job to support themselves and their family, the report highlights.

Debate about raising politicians’ salaries became toxic after the last PN administration secretly raised ministers’ pay by allowing them to keep the €21,000 Parliament honoraria given to backbenchers and Opposition MPs.

The Labour Party had jumped on the issue, labelling the then Gonzi government as being out of touch from the realities of families struggling to makeends meet.

Prime Minister Joseph Muscat has now called for a mature debate about increasing the salaries of MPs.

The government has pledged to study the Standards Commissioner’s call to halt the practice of putting backbench MPs on the public payroll.

Reacting, Opposition leader Adrian Delia said it was the Labour government which, since 2013, had changed the law to enable more backbench MPs to hold government positions including consultancies and positions of trust. The PN had voted against.

The government is ‘committed to reacting’

Commissioner for Standards in Public Life George Hyzler expects the government to react to his scathing report on MPs with government jobs “within a reasonable time”.

In comments to The Sunday Times of Malta, he said the government was “committed to reacting” to the report after studying it in detail.

“I trust that this will be done within a reasonable time,” Dr Hyzler said.

The Commissioner, who was appointed to the role last year after the Labour Party agreed with the Opposition leader’s proposal to appoint the well-known lawyer, is tasked with looking into breaches of ethics committed by MPs and those appointed on a position-of-trust basis within the public service. 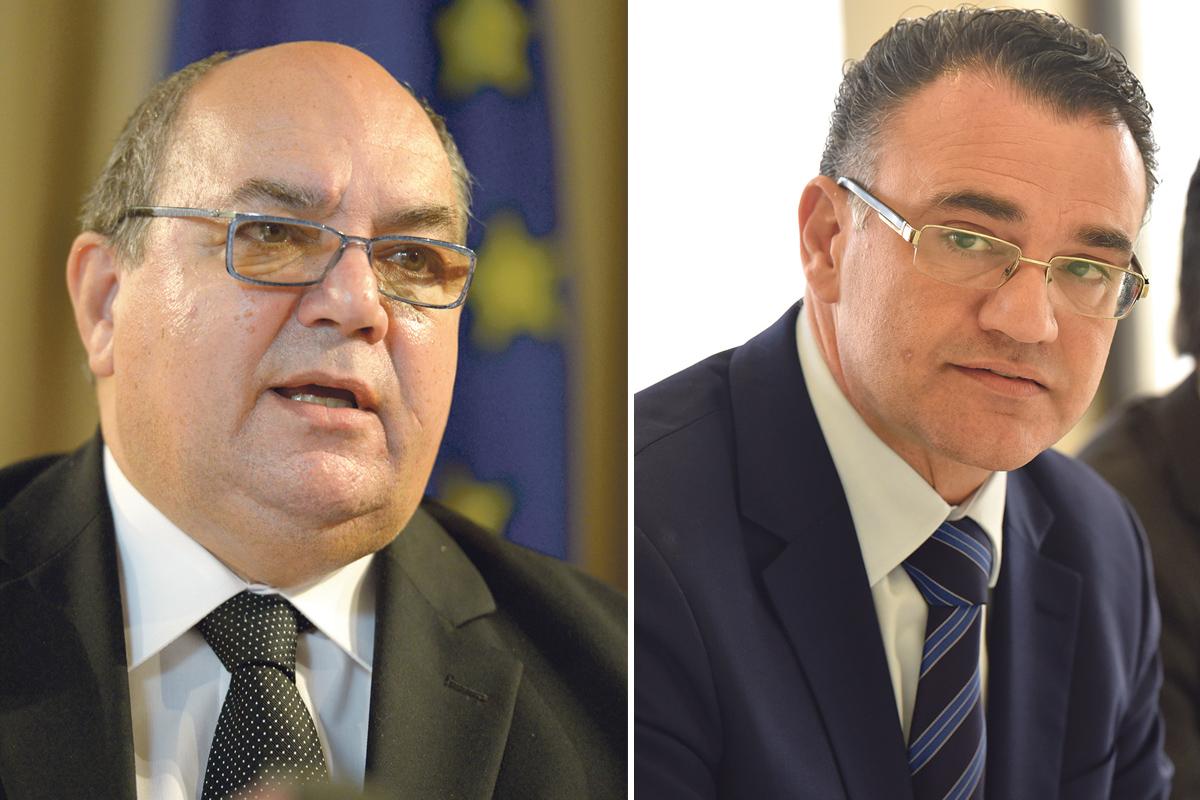 Two examples of MPs on government payroll: Labour MP Emanuel Mallia is the chairman of the Occupational Health and Safety Authority and PN deputy leader David Agius is a manager at the Malta Freeport Corporation.

Clayton Bartolo: Direct order for independent auditor services (Given prior to Mr Bartolo becoming an MP).

Glenn Bedingfield: OPM coordinator (€42,000 annually as of 2018) and chairman of Cottonera committee.

Etienne Grech: Chairman, consultative council for the south, member on the Council for Children.

Silvio Grixti: Member of the Fostering Board, Welfare Committee.

Of the 67 MPs:
■ 25 form part of Cabinet.
■ 12 Backbench Labour MPs and… 9 Opposition MPs are on the government payroll.
■ 21 MPs do not have any form of government income.