With a career spanning over 20 years, John Boyne has written novels for both children and adults, yet the Irish author is undoubtedly most renowned for his children’s fable set in World War II Germany.

Published in 2006, The Boy in The Striped Pyjamas went on to sell more than 11 million copies and has been adapted into a feature film, ballet, theatre and opera.

The story of the unlikely friendship between Bruno and Shmuel set at a Nazi concentration camp has been translated into 58 languages, making Boyne not only the most translated Irish novelist of all time but making The Boy in The Striped Pyjamas the biggest-selling novel by an Irish writer.

Out of Boyne’s 23 publications, he only has two novels set in his home country: A History of Loneliness (2014) and The Heart’s Invisible Furies (2017).

Asked why he started writing about Ireland later on, the author said he did not feel he was “bound” to write about it and suggested that Maltese authors do the same.

“British and American writers are given the freedom to write anywhere, whereas an Irish person or a Maltese person would always be expected to write about their own country,” Boyne told Times of Malta.

“But we (Irish and Maltese) read widely and we travel widely – so we can write widely.”

Boyne was in Malta last week as the headlining international guest of the 2022 Malta Book Festival, organised by the National Book Council.

He met thousands of readers and watched live performances of The Boy in the Striped Pyjamas, directed by Rebecca Camilleri and with live illustrations by artist Gattaldo. He also had a talk with prize-winning author Leanne Ellul.

“I was speaking to some people here about Maltese authors and how they do not have a great representation on the world stage in literature, so maybe it is worth broadening one’s horizons a little,” he said.

“Our imaginations can take us anywhere, that’s the whole point of reading and writing and there is probably more chance of being published in more markets –  in Britain, Germany and Spain – if your work has a more universal appeal.”

Once the author has a bigger readership, then they can tell their own local stories, he said.

Boyne’s visit to Malta is also part of his international book tour for his latest novel, All the Broken Places, a sequel to his Holocaust novel. 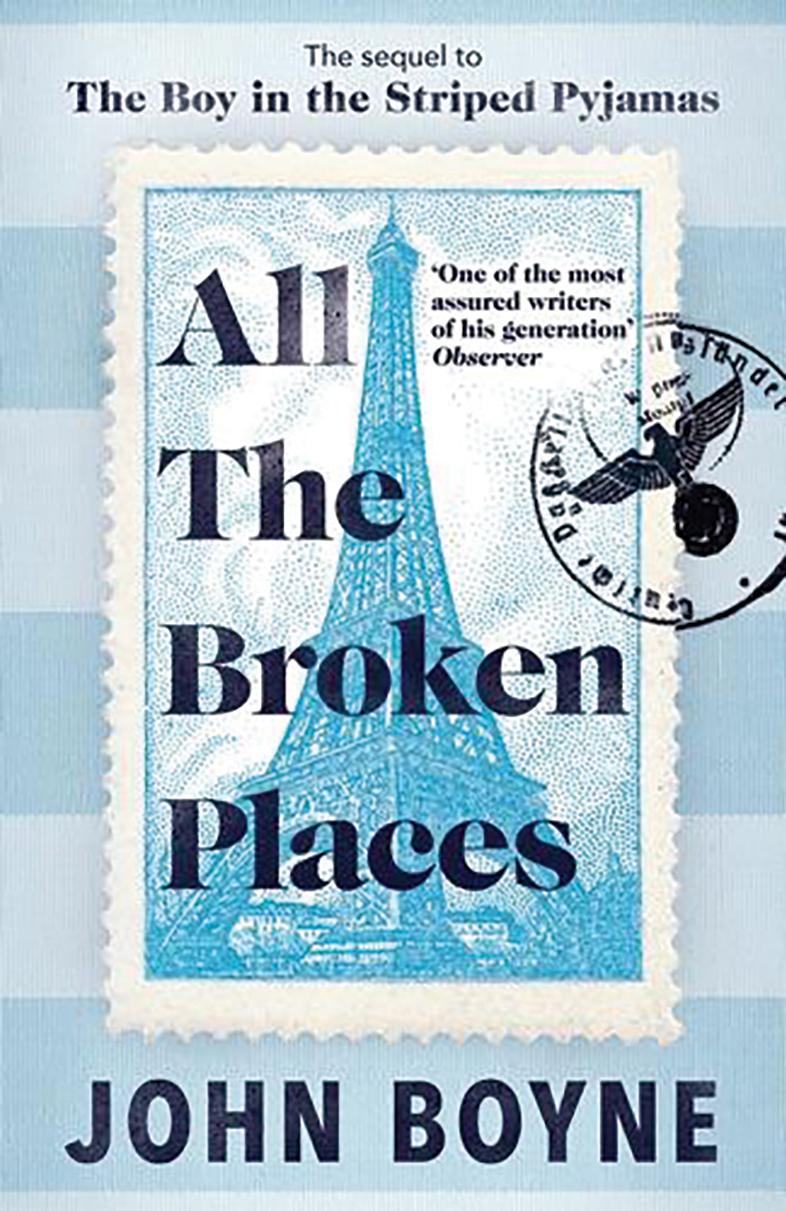 The reader delves into the story of Gretel Fernsby, Bruno’s older sister, who is now a 91-year-old woman filled with guilt and shame for her dark past. The story moves back and forth in time, from Gretel’s life in Paris post-war to present-day London.

“Unlike most of my other books, this one I have been thinking of for many years. I actually started to think about it when I finished the early drafts of Striped Pyjamas,” he said.

Boyne thought he would write Gretel’s story much later in his life but once he was stuck in lockdown during the COVID-19 pandemic, he seized the perfect opportunity.

Reflecting on the popularity of The Boy in the Striped Pyjamas, Boyne never envisioned the novel would hit such global popularity. He describes his fourth novel as being a “great gift” in his life.

“I do feel proud of the fact that a young generation of readers has become interested in the story of the Holocaust after having read the story at school and that is something I feel is a good achievement to have.”

He experienced a similar feeling during his experience in Malta, where Boyne described the festival as “fantastic”.

“It was a bit overwhelming at times, seeing over 3,000 kids all shouting and giving me books to sign but it was also very lovely,” he said.

Keeping the memory of the Holocaust alive

Growing up, Boyne read extensively about World War II and said that, after years of research and reading, he imagined the image of the two boys at the barbed wire fence.

He brushed off accusations that the novel spreads misinformation about the Holocaust and he highlights how the story is a fable.

He said that, even though schools use the novel, it was never intended to be an educational tool and it is a story about friendship.

With over 20 novels under his belt, Boyne isn’t just ready to put down his pen.

The author has now tried his hand at scriptwriting and is currently working on a number of adaptations.

“I got to a point in my life where I needed a new challenge and it’s nice to collaborate, especially since working on novels you mainly do that on your own and with your editor,” he said.

He said he doesn’t know if scriptwriting will work or not but he didn’t seem too worried.

“Hopefully, I get that off the ground but if not, I’ll just keep writing novels until I die.”