Former European Commissioner John Dalli today categorically denied in court to ever having spoken to his former canvasser Silvio Zammit about money.

Mr Zammit was giving evidence in court in the compilation of evidence against Mr Zammit, who stands accused of trading in influence for changes to the EU's tobacco directive, when Mr Dalli was EU Health Commissioner. The case centres on alleged pressure to have a ban on snus (smokeless tobacco) lifted. The allegations forced Mr Dalli's resignation from the European Commission in 2012.

In testimony in the same case a year ago, one of the witnesses, Gayle Kimberley,  told the court that Mr Zammit had requested €60 million to use his services for the lifting of the EU ban on snus. 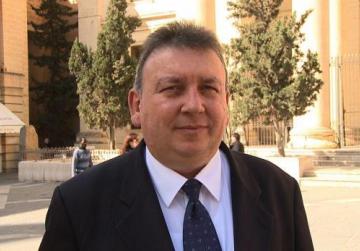 Mr Dalli in his testimony today stressed that he never discussed snus or money with Mr Zammit.

When Mr Dalli took the witness stand, Magistrate Anthony Vella cautioned him that he had a right not to testify in case he incriminated himself.

Mr Dalli said he was there to answer all questions.

He said he has a number of court cases against EU Commission President Jose Manuel Barroso after his employment was terminated.

"I still consider myself a commissioner," he said, adding he was currently not employed by anybody and served as a consultant on health to the government.

DALLI: BARROSO TOLD ME TO FORGET THE TOBACCO DIRECTIVE

Giving background to the case, Mr Dalli said everything started in November 2011 when he had a meeting with Mr Barroso during which the EU Commissioner told him he should forget the tobacco directive.

It was well known that smoking was detrimental to health, hence the need the need for the directive Mr Dalli said, but Mr Barroso said there were problems with people in his service.

Michel Petit, the European Commission's director of legal services came into the picture, and many decisions started being changed.

"This was the worst case of revolving doors in Europe," Mr Dalli said.

By February 28, 2012, Mr Dalli said he had closed all the parameters of the tobacco directive with his staff. Meetings with NGOs and the tobacco industry were held.

On March 21, Sanco (the civil service department within his portfolio) presented an impact assessment report. The text of the directive was then sent to the other commissioners.

At around the same time the Olaf investigation against him began, Mr Dalli said.

August 22 was meant to be the launch date for the directive.

Catherine Day, secretary general within the European Commission sent Olaf the allegations of trading in influence made by Swedish tobacco manufacturer Swedish Match to Olaf.

The launch date for the tobacco directive was put off to the end of September.

On September 23 Catherine Day sought a postponement because of a forthcoming summit meeting.

On October 16 the launch was postponed indefinitely. 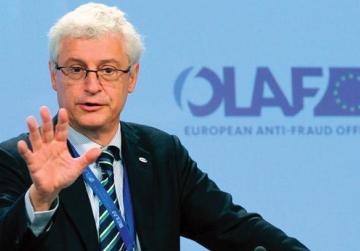 On October 5, 2012, Mr Barroso visited Malta for the 5+5 meeting. On October 11, Giovanni Kessler, director general of Olaf sent a note to somebody who was handling the case file. The subject matter at the top was 'dead body'.

These, Mr Dalli said, were all big coincidences.

On October 14, someone from Olaf called Swedish Match and told them to prepare themselves for a press conference on the 17th.On October 16 he was asked to attend a meeting with Mr Barroso.

Mr Barroso told him 'we have a problem'. He began reading the covering letter of the file. Mr Dalli said he asked to read it himself, but Mr Barroso literally held the file to his chest and said this was secret.

Mr Dalli said he had asked for 24 hours to speak to a lawyer, but Mr Barroso told him he had half an hour to leave the commission, and if he did not, he would remove him.

On October 17, Mr Kessler held a press conference and despite the "so-called secrecy", he spoke about everything.

Mr Dalli said he had managed to obtain a letter Mr Kessler had written to Mr Barroso where he told him that the commission was going to look very bad before the tobacco lobby, and he made allegations against Mr Zammit.

At this point, Mr Dalli said Mr Petit, who was equivalent to the Attorney General in Malta, was more of a friend to Mr Barroso than Mr Zammit was to him.

On October 17, Mr Dalli said there was a 'professional' break in at the health offices of the commission and the only thing that was stolen was the data on which the tobacco directive was based.

Mr Dalli said that around October 2011, Mr Zammit had asked him to meet Gayle Kimberley (a consultant of Swedish Match). For him, Mr Dalli said, she was just a young lawyer trying to win clients. She had asked him questions about the tobacco directive. 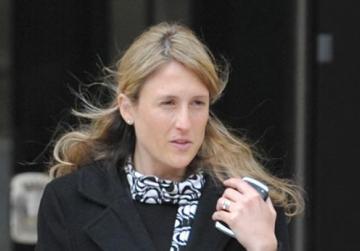 She had then sent a report to her clients. He described the report as a marketing tool in itself, in which she said this was a confidential meeting she had with him. Yet, Mr Dalli said, his replies were about matters he had already spoken publicly about. He also formed the impression that she did not know what she was talking about.

Mr Kessler had made a fuss that he had spoken to a lobbyist when she was neither a registered lobbyist, nor had she presented herself as one.

Mr Dalli said Mr Kessler had also spoken about a meeting which he was supposed to have held with Dr Kimberley and Mr Zammit on February 10, when this actually never happened.

He said that on March 8, for reasons he did not know, Mr Zammit and Inge del Fosse, from the smokeless tobacco lobby began contacting each other. On the following day, Patrik Hildingsson, from Swedish Match, issued instructions for all the company's people to stop contact with Mr Zammit.

This, Mr Dalli said, was done when Mr Hildingsson was assured that contact between Mr Zammit and Del Fosse had been done. Now, Mr Hildingsson, wearing another hat as chairman of ESTOC, the European smokeless tobacco council, told Del Fosse to be careful with Mr Zammit.

'John' was mentioned several times, when he only met her once at a meeting with some 50 other people, Mr Dalli said.

Mr Dalli categorically denied ever leaking any information about any directive.

He said that in public he had spoken many times about smoking.

Lawyer Edward Gatt asked whether it was easy to change an EU directive, to which Mr Dalli replied it was not. Discussions in the case of the Tobacco directive included a large number or people, including individuals with more experience than him.

However throughout the process he never changed his position about the dangers of smoking. He never tried to derail the process and it was Catherine Day who had pushed DG Sanco (the civil service attached to the health portfolio) to make changes.

Asked specifically about Mr Kessel and the way he (Mr Dalli) was interrogated. Mr Dalli said Kessler was not aggressive, but dramatic.

RIZZO SAID HE COULD NOT INVESTIGATE OPM COMPUTERS

Turning to the situation in Malta, Mr Dalli said there were many blogs written about him making serious allegations. He had complained to Police Commissioner John Rizzo, but it became clear that the people making the allegations were not writing under their proper name. Mr Rizzo always claimed he did not have the resources to investigate further.

When his lawyer then filed a criminal report, Mr Rizzo phoned his lawyer and told him: Do you think I will investigate computers at the prime minister's office?

During interrogation on the snus allegation, Mr Dalli said he felt Mr Rizzo was rude and overly familiar, calling him John and Johnny.

The case continues in May.