Singer Jon Lukas, the first Maltese artist to break into the UK's Top 40 charts with hit single Can't Afford to Lose, has died aged 72, after a long illness.

The artist, known on stage as Woodenman, released the hit single composed by Gary Benson, in 1970, to international success.

In Lebanon, it kept The Beatles' The Long and Winding Road from making it to the top spot for a long time.

Born Frank Agius in Paola in 1948, he formed the band Woodenman in 1988 and released the album Peoplesounds in 1992. After disbanding, he took the bands moniker and incorporated into his own, going as Jon Lukas Woodenman. 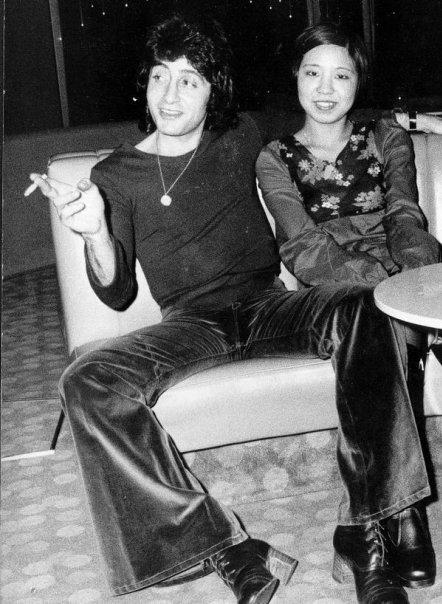 He placed second in the 1993 Malta Song Festival with the Maltese language song Żommni u Għannaqni, which was later released as an English Language version called The Love That We Share.

In a 2013 interview, Jon told Times of Malta that Can’t Afford to Lose was like his “national anthem” and that his music career took off almost by accident when the hitmaking song fell into his lap.

“You have to remember that back then, telling anyone you wanted to be a pop star was tantamount to madness – they’d give you a funny look and think you’ve lost it,” Lukas said at the time.

“It really all just happened when I wasn’t looking – that opportunity fell from heaven, but it hasn’t quite been as easy ever since.

“I still love doing it, of course but I’m convinced that there was something lucky about Can’t Afford to Lose; it was the right song at the right time, and I happened to be in the right place.”

As news of Jon’s death started spreading on Friday, many who knew and loved him and his music paid tribute to the singer.

Philip Fenech, deputy president of the Chamber of SMEs, told Times of Malta that he’d struck up a friendship with Jon Lukas in their youth and they communicated daily on current affairs.

“Unfortunately, Jon battled illness on and off for several years, but he always fought it with a never say die attitude,” he said.

Lukas, who was based in the UK, always wanted to be up to date on what was happening locally and eager for nightlife to make a comeback in recent days.

“When his voice faltered, we continued our friendship over texts, and towards the end he said even texting was proving to be difficulty, In his last days he said ‘it feels like I’m coming down’,” Fenech recalls.

He said that Lukas had inspired a lot of pride locally after his single made it big, with everyone tuning in to cheer him on.

“The thought of someone from little Malta going abroad and taking the plunge, taking a risk and recording his songs, absolutely thrilled us in our teens,” Fenech said.

“We would tune in to Radio Luxembourg on our little portable radios and wait for the presenter to say his name, until inevitably the transmission would fade out at the most inopportune moment!”

The Malta Entertainment Industry and Arts Association said: “Your body might left our world, but your music will forever remain."

“It was always an honor to work with you, thank you for believing in me,” said singer Lyndsay Pace, who had collaborated with Jon on a song.