European Commission president Jean-Claude Juncker must either have a bizarre sense of humour or else we are underestimating our government’s negotiation skills.

Why else would the EU boss give the environment portfolio to the nominee of a country, which has among the worst environmental records in Europe? Why merge environment with fisheries, a portfolio known for facing pressure by big interest groups, including Maltese firms?

Unless our six MEPs intend lobbying their colleagues from now, Karmenu Vella could be sweating blood when his grilling session in the European Parliament takes place at the end of the month.

Let’s put things in perspective. Vella is one of the best candidates our government could have named for the Brussels job. He is experienced, he’s known to be a good lobbyist and he has the gift of the gab to take on the tough Brussels hacks.

But that doesn’t take away from the peculiar fact that he is nominated by the government of a country that puts the environment at the very bottom of its priorities. 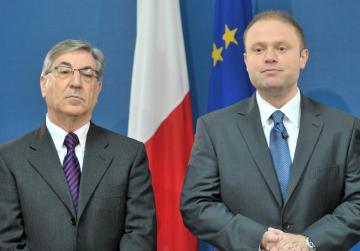 We have a prime minister who vows to turn Malta into the next Dubai, forgetting the inconvenient truth that the countless tower cranes dotting the sky are more akin to the Emirate than an island which boasts so many historical riches.

This is a country where it is becoming increasingly possible to build now and sanction later. Environmental sensibility has been thrown into the dustbin as we have a government blitzing the country with policies carried out in a vacuum (for further information read the Strategic Plan for Environment and Development). Meanwhile, watch that high-rise building coming to a site near you.

This is an island where we have a so-called Parliamentary Secretary for Animal Rights whose only claim to fame is that he (regularly) bends over backwards to appease the hunting lobby. Malta stands shamefully alone in permitting hunting in spring, in breach of the EU Birds Directive, for which Vella will now be responsible. Does Vella intend relaxing Europe’s bird conservation laws? The European Commission is expected to institute proceedings against Malta on trapping and other environmental issues soon. Will they bear Vella’s signature?

Instead of coming down on land grabbers like a ton of bricks, we have a government that not only does like its predecessor and turns a blind eye but now equips illegal boathouses with smart meters.

Of course, successive governments have abandoned the environment because it failed to feature prominently among voters’ concerns. But the tide might be turning. As a recent survey showed, the Maltese are now the most worried EU citizens when it comes to the impact of “urbanisation” on the environment.

Maybe our government managed to convince the Commission that our man is right for the job because we want to turn Europe into Dubai and give hunters more concessions.

Maybe our government lobbied for the post thinking it might avoid a headache after promising everything to hunters and trappers? Maybe it thinks that a Commissioner is appointed to represent his country not the 28-nation bloc?

Maybe Juncker (who our government supported) wants to change Europe’s laudable nature conservation legislation… or maybe he really does have a bizarre sense of humour.