New COVID-19 cases were down to 13 on Tuesday, the lowest since July 2020, official figures show.

With 62 recoveries, the number of active cases is now 563. The figures on Tuesday are the lowest since July 31 when 10 new cases were reported.

The figures of new cases are dramatically down since March, when Malta hit a new record of 510 daily cases. The spike prompted another semi-lockdown, accompanied by a vast vaccination drive.

The low numbers were marred with two new deaths - two men, aged 57 and 81, at Mater Dei Hospital, bringing the death toll up to 411.

On Sunday, Robert Abela urged caution over the relaxation of COVID-19 regulations, warning people they needed to continue following mitigation measures as more businesses are allowed to open on April 26.

Schools reopened their doors for students last week and Masses resumed on Sunday.

According to figures supplied to Times of Malta, 14 per cent of those listed as ‘COVID-19 fatalities’ did not die from the virus, but had the infection when they passed away. 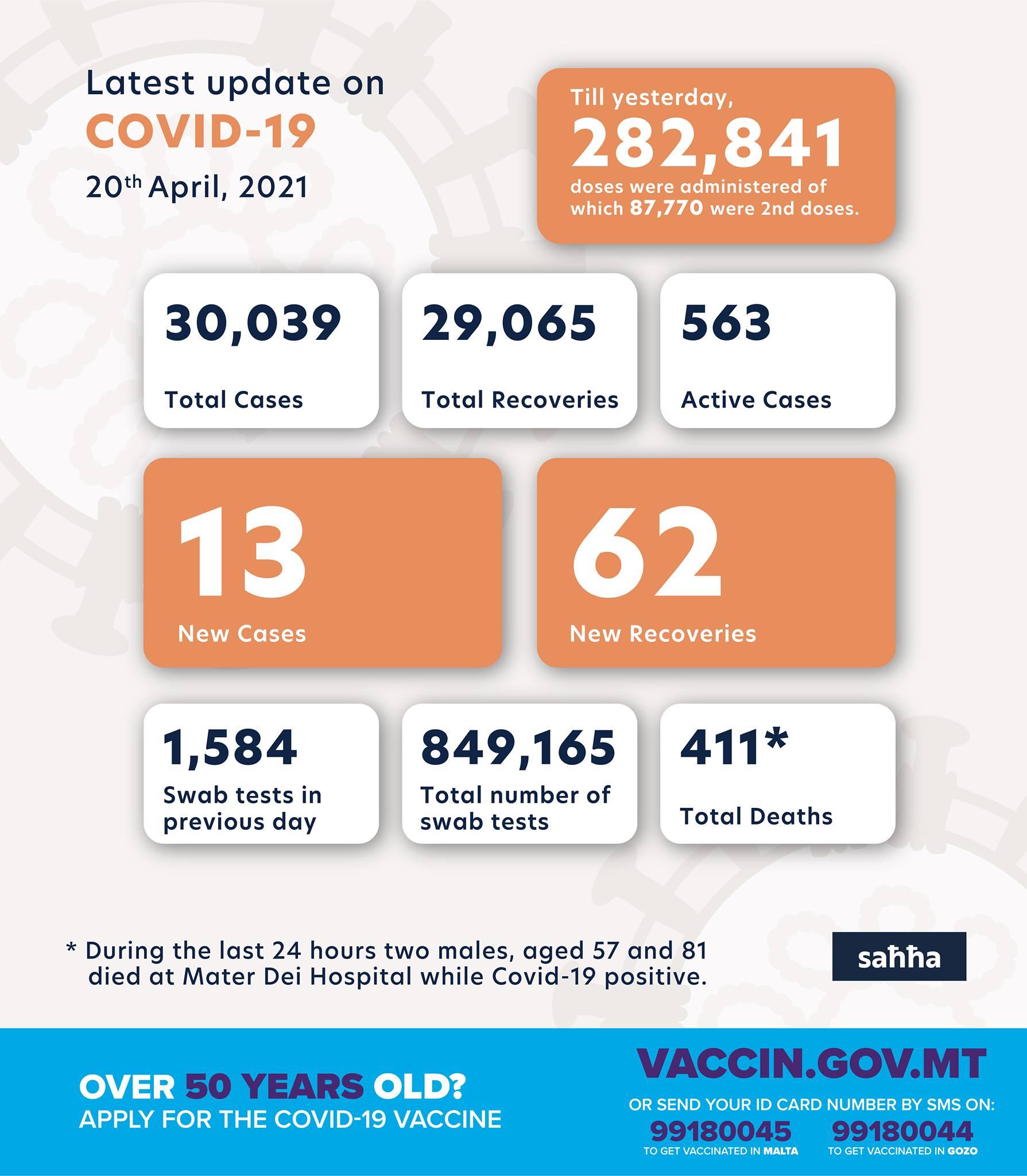 So far, 282,841 Pfizer, Moderna and Astra Zeneca vaccine doses have been administered, 87,770 of which are second jabs.

Malta has also received the first batch of a fourth vaccine - the Johnson and Johnson jab, however, no dose will be administered just yet, amid some side-effect concerns.