Health authorities said in the daily medical bulletin that 17 patients had recovered, bringing down the total of active cases to 192.

It is the lowest number of active cases of COVID-19 since the beginning of August last year.

A total of 2,170 swab tests were carried out on Tuesday - significantly more than the 1,600 conducted the previous day, when six new virus cases were detected, and more than double the 1085 tests carried out on July 24, when Malta also reported five new cases. 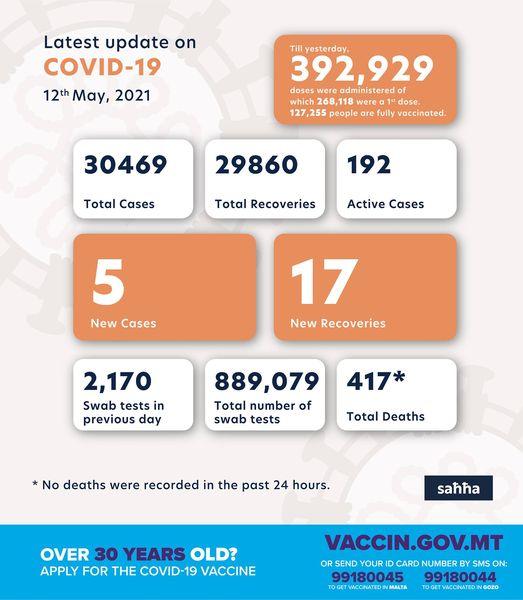 Vaccinations have increased to 393,929 of which 127,235 are people who have been fully vaccinated.

Earlier on Wednesday, Health Minister Chris Fearne announced that Malta would become the first EU country to offer vaccines to those over 16 on Monday.

He said that the government will also have enough vaccines by the end of the year for young people and children to be vaccinated, should it become medically advisable.