Restaurant owners, operating at half their capacity to respect social distancing rules, are irritated at the inconsistent way in which authorities are enforcing regulations.

Emma Demarco, founder of Emma’s Kitchen, voiced her frustration at the situation, as she posted an image showing her restaurant containing tables spaced apart - near a photo of people packed like sardines in a nightclub.

Demarco said that while she supported rules and inspections, there was an inconsistency in the way this is being enforced with bars and nightclubs that are also obliged to ensure a two-meter social distancing between patrons.

“We are respecting all regulations," she told Times of Malta. Like most restaurants, her seating capacity is reduced and she now has four tables inside rather than her usual ten.

"In this heat no one wants to sit outside. I am operating at 40 per cent capacity but, now that I am open, my expenses are up to 100 per cent. I pay 100 per cent rent and pay my people 100 per cent of their salary."

She said she accepts the restrictions "for the good of the population" but "what I cannot accept is that other establishments are not respecting this and can do what they want.”

She added that customers were under the wrong impression that all measures had been lifted when restaurants still have to observe regulations that came into force when they were allowed to reopen their doors on May 22.

Guidelines issued by the authorities centre around maintaining a clean environment and ensuring people remain two meters apart. In the case of restaurants, this impacted the number of tables they could have. 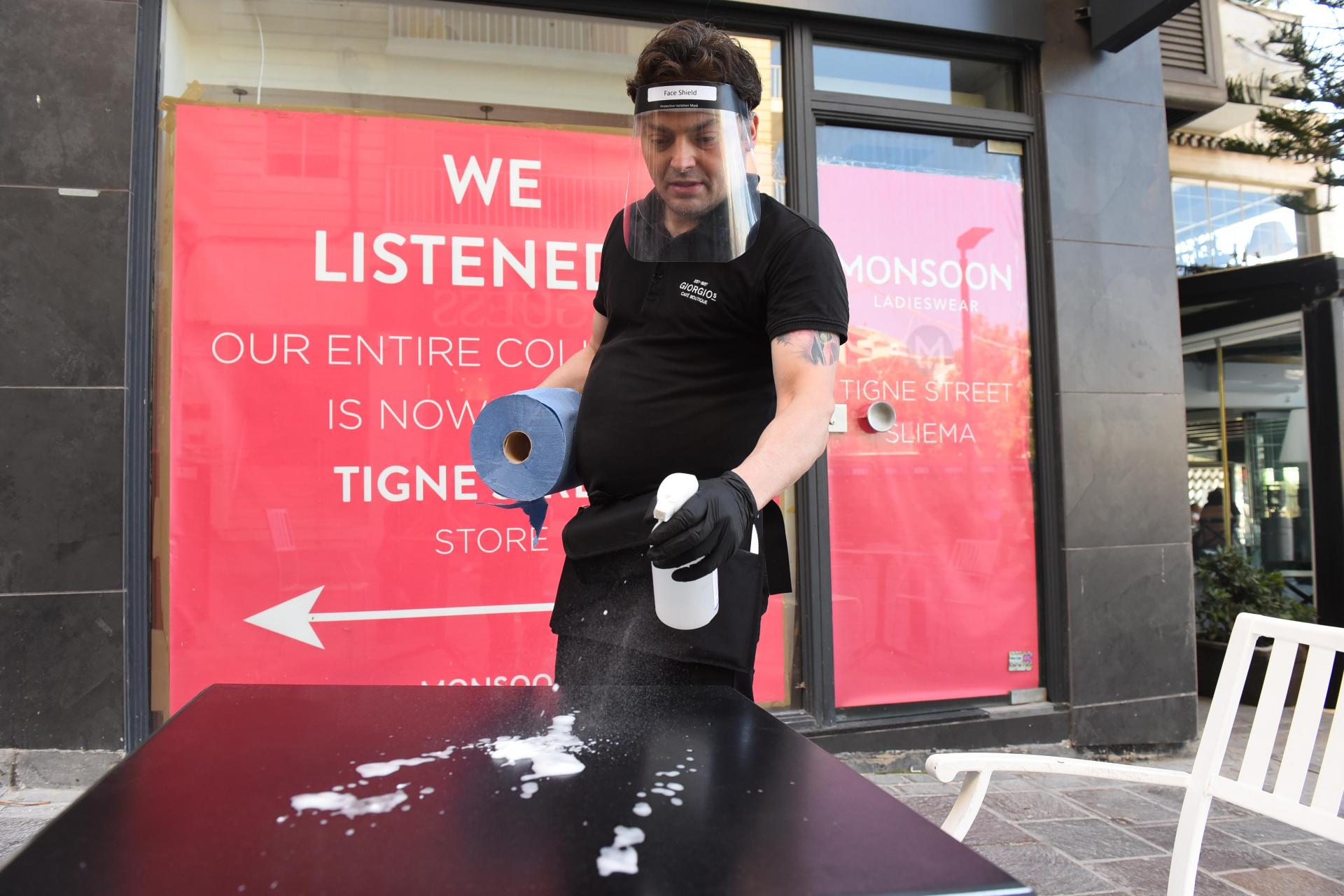 As the public health emergency declared last March was lifted on Tuesday -  the health authorities said that social distancing and the use of masks and hand sanitisers will remain in place as enforceable measures to prevent COVID-19.

Rafel Sammut, chef and owner of Briju in Gzira, agreed that the inconsistencies in enforcement were blatant.

“I get that they are trying to get the economy going and trying to accommodate different sectors. But what I can’t get is that I am working at 50 per cent capacity to try to avoid the spread of this virus when, just down the road, you have a nightclub with people all huddled up together. If just one of those has the virus it will be a disaster,” he said.

“There are regulations and, regrettably, we are seeing instances of them not being adhered to. It is imperative that they are respected but the regulator has to do this,” he said.

Times of Malta has contacted the Malta Tourism Authority for comment.