Last Sunday saw the worlds of fashion and LGBTQI rights come together in mourning for the passing of a trailblazer – transgender model Katya Saunders, known to her friends as Kaka. 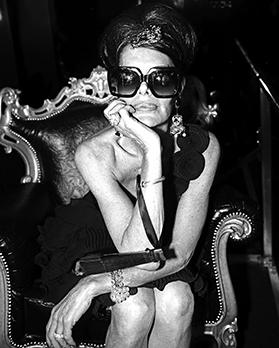 Social media platforms across Malta were united in tribute to the fashion icon, who was one of the first openly transgender public personas on the island at a time when there was not much awareness about LGBTQI issues.

The model was hailed by those who knew her as an inspiration and a source of strength even for the current generation of gay activisits.

James Mifsud, one of her closest friends, describes how she “metaphorically laid down the red carpet for today’s LGBTQ scene to be able to safely come out and live their lives”.

The two met by chance in the 1990s, at the City of London bar, a favourite hangout of both.

“I had already spotted her a couple of times before actually meeting her. I couldn’t help wonder who this glamorous woman, who looked like a James Bond star, was,” he reminisced.

After that first meeting, the two became firm friends and would hang out together.

“Her stories were something else. She had left Malta aged 17, simply so that she could be herself. And, in London, she managed. She modelled, she hung out with stars, she lived a fabulous life,” Mr Mifsud says.

Katya was, in fact, known for having starred on Vogue and a number of other international magazines in the 1980s, as well as for the star-studded company she kept.

Eventually, Katya returned to Malta, where she is widely credited with starting the LGBTQ scene.

“This was back in the days where there wasn’t a gay scene in Malta. It was before the days of Gay Pride. I remember, once, we dressed up in costumes and paraded through Paceville, with Katya leading the défilé . We wanted to tell everyone that we are here, we exist.”

But, beyond the flamboyance and eccentricity, Mr Mifsud also remembers Katya’s “heart of gold”. “She never gave up on anything. She was always smiling, and she always looked impeccable, no matter her mood. Her style was very Alexander McQueen. Though, sometimes, she’d also bring to mind Audrey Hepburn, with her classic taste and perfect grooming, especially walking down Republic Street in Valletta, with those big sunglasses of hers.”

His parting words are poignant as they are heartfelt. 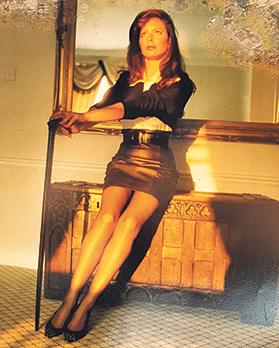 A picture of Katya as a young model.

“She was the foundation of the LGBTQ community in Malta. She is their queen, without even knowing.”

Words that are echoed by Keith St John, one of the regular DJs at Lollipop parties, possibly the biggest recurring event on the local gay scene.

He describes how he had “heard the stories” about her before even meeting her, which had always made him wonder why everyone spoke so highly of her.

“When I met her, it all made sense. The woman had a strong presence and energy. Yet, she was so kind, not to mention witty. Kaka, as we knew her, is one of those people we should be grateful for, because she was a warrior during a more conservative time,” he says.

The camera never stopped loving her, as a recent series of portraits by Maltese photographer Kris Micallef reveals.

Mr Micallef recalls seeing her for the first time back when he was a little boy.

“I was struck by her aura. Who was she? I wanted to know her. When we were introduced, our connection was beautiful and I’m going to miss our impromptu photo-shoots,” he says.

A combination of kindness and charm earned Katya the respect of everyone she met, from fashion designers like Charles & Ron – whose creations she wore with pride, and who will be launching a collection in her honour later this month in New York – to television personalities like Peter Carbonaro, who describes how “she would walk into a room and everyone would stop and look at her”.

Mr Carbonaro recounts how, though Katya’s was not an easy life, “from a young age she knew what she wanted and went for it”, adding that she had to overcome “hundreds of obstacles” to be what she wanted to be.

She was also responsible for creating fashion designer Joseph Grima’s brand name – to date, everyone knows him by the simple name ‘Mugi’.

A friend and neighbour, he says that Katya was to have a strong influence on his designs and that he always sought her advice on fashion-related matters.

“I doubt I will ever meet a human being so complex, so elegant, so stylish,” he reminisces.

The rest of the fashion world certainly seems to agree. Meantime, a wake held at her beloved City of London bar, in St Julian’s, was every bit as glamorous as Kaka would have wished.