Keith Schembri has been released from arrest in connection with the Daphne Caruana Galizia murder, the police said on Thursday night.

In a statement, the police said they saw no need to detain Mr Schembri under arrest any longer. The police did not mention anything about the investigation into potential obstruction of justice.

Mr Schembri served as the Prime Minister's chief of staff until Monday night, when he handed in his resignation. He was taken into police custody the following morning.

News of his release emerged within minutes of the lawyers of murder suspect Yorgen Fenech saying that the businessman was prepared to give information on Keith Schembri, Konrad Mizzi and Chris Cardona, in return for a conditional presidential pardon. 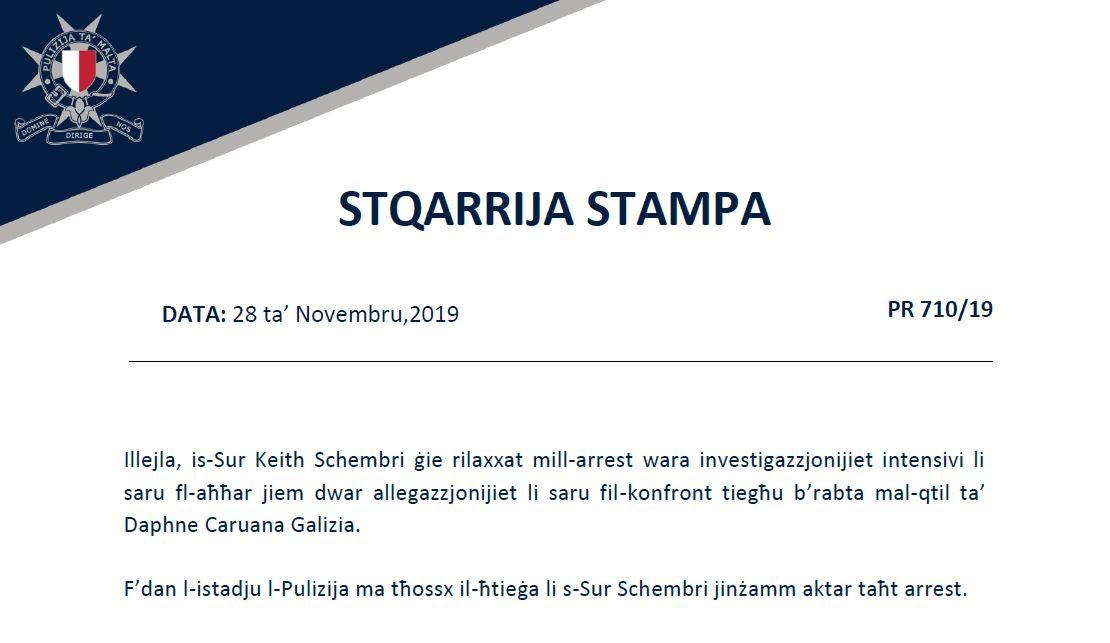 The police statement in full.

Mr Fenech is understood to have told police that a doctor was covertly passing him messages from Mr Schembri urging him to keep quiet.

He has also filed a Constitutional case against authorities, seeking to have the lead investigator in the case removed.

His lawyers have argued that Inspector Keith Arnaud is too closely tied to Mr Schembri to allow for a fair investigation. The police have denied the claim.

Ministers were gathered inside Castille on Thursday night for an urgent Cabinet meeting.

Mr Schembri or his lawyers have not yet given any comments.