Franck Kessie scored for the third consecutive Serie A game as Milan boosted their Europa League hopes with a 3-1 comeback win over Parma on Wednesday to move equal on points with sixth-placed Napoli who were held 1-1 at Bologna. 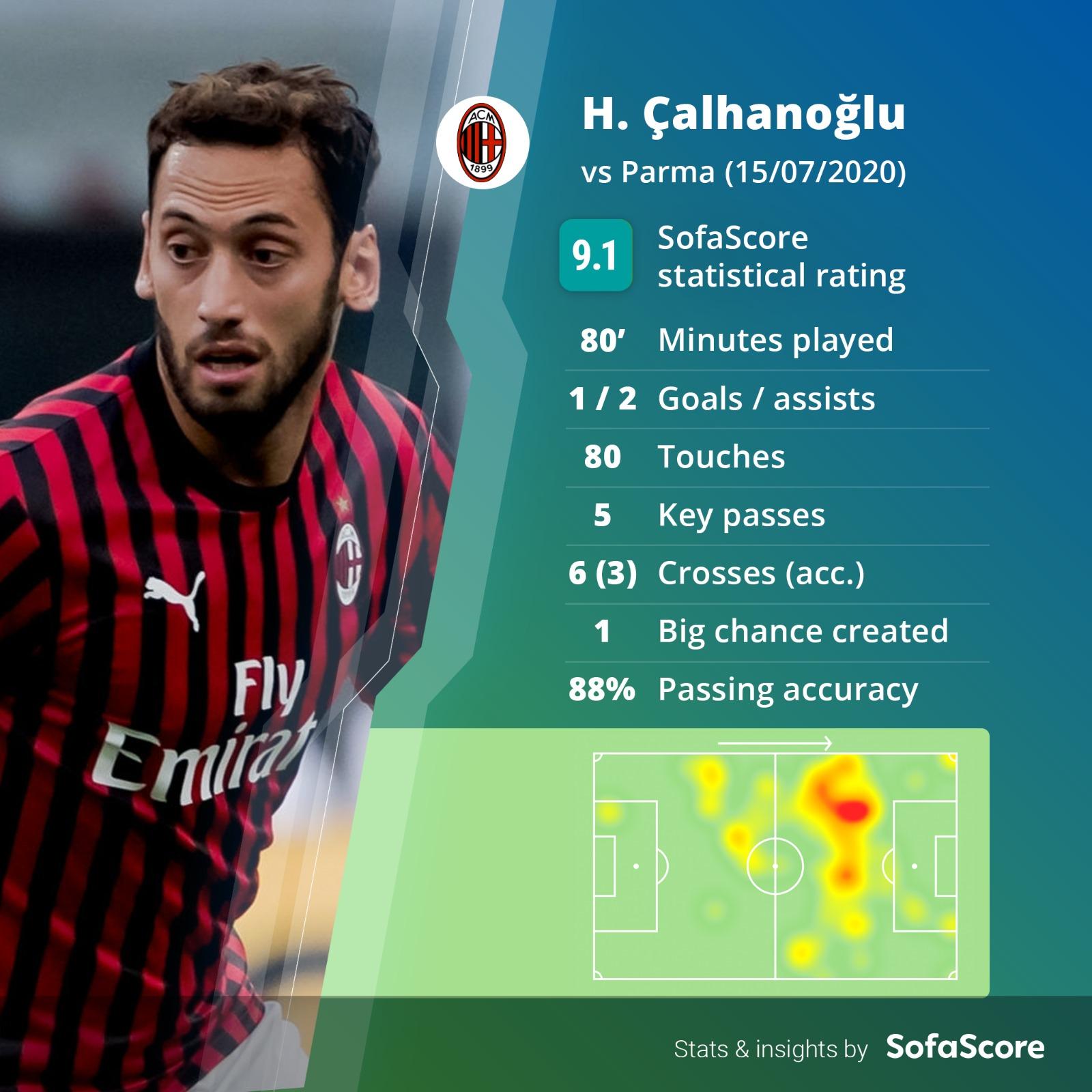 Stefano Pioli's Milan are unbeaten in seven league games since Serie A returned after the coronavirus pandemic.

And goals from Kessie, Alessio Romagnoli and Hakan Calhanoglu sealed the three points against 12th-placed Parma who had taken the lead thanks to a Jasmin Kurtic goal just before the break in the San Siro.

Ivory Coast's Kessie rifled in the equaliser after 55 minutes with captain Romagnoli getting his head to a Calhanoglu free kick four minutes later.

The Turkish international added a third on 77 minutes off a Giacomo Bonaventura cross.

Milan move equal on 53 points with Napoli, who are ahead on goal difference.

"Franck and I had some relationship difficulties at the beginning, once we understood each other better he is proving to be a very high level player, and he is having incredible performances," said Pioli.

"(Zlatan) Ibrahimovic has helped us a lot he is proving to be a point of reference."

Gennaro Gattuso's Napoli are already assured of a place in the Europa League thanks to their Italian Cup victory.

But Gattuso conceded he was worried ahead of the Champions League last eight clash against Barcelona after letting their early lead slip.

Musa Barrow grabbed the equaliser ten minutes from time for the hosts who are in tenth position.

"We earned this point," said Gattuso.

"We struggled in the second half."

"We have to play to prepare for Barcelona and with performances like this we will not go anywhere."

Sampdoria moved further away from the relegation zone with Federico Bonazzoli scoring a brace in a 3-0 win over 11th-placed Cagliari.

Atalanta moved second, six points adrift of the Turin giants, on Tuesday after a 6-2 win over Lombardy rivals Brescia.

Lazio can reclaim second place against Udinese later Wednesday, as third-placed Inter, equal on points with the capital city club, head to SPAL on Thursday.