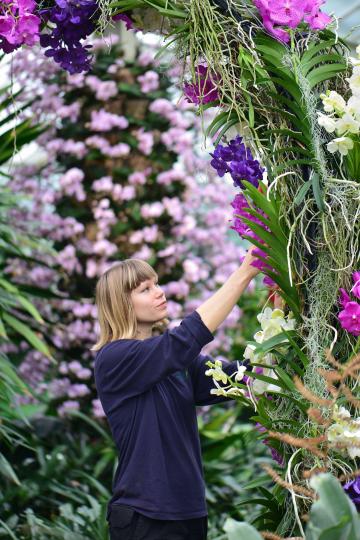 Kew Gardens is adopting a Brazilian theme in the run-up to the Rio Olympics with an exhibition of works by an artist who travelled deep into the Amazon to paint its plant life.

Paintings by Margaret Mee, a British explorer who made 15 trips into the Amazon rainforest, are being exhibited alongside engravings of plants from the country collected by Captain Cook's first Endeavour voyage in 1768 and other works from Brazil.

This year's orchid festival also aims to celebrate all things Brazilian in carnival season, with displays of orchids and other plants, from tropical Amazonian blooms to desert cacti.

Mee's visits to paint the flora of the Amazon, helping alert the world to the importance of the region's plants, carried on until 1988 when she died in a car crash aged 79.

Two members of staff at Kew who retraced her journeys to find the plants she painted spoke of their admiration for her producing works in the hot, humid, remote and sometimes dangerous conditions of the Amazon. 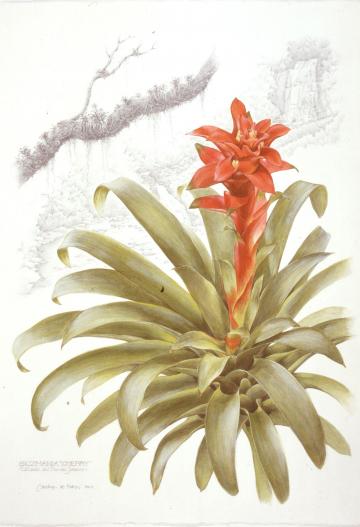 Scott Taylor and Marcelo Sellaro said they used her diaries to plot their trip into remote areas to see the plants they grow in the tropical nursery at Kew, such as bromeliads, in their natural habitat.

They visited the region several years ago at the time of year when the rivers were at their highest, flooding the forest and bringing travellers by boat close to the canopy and the plants growing high in the trees.

Mr Taylor said it gave them a better understanding of how the plants grown on their own in nurseries at Kew relied in the wild on the whole forest and the trees on which they grew.

But what really left an impression on them were the vastness of the rainforest and the heat.

Mr Sellaro, who is from Brazil, said: "I'd never been in the forest top, inside the forest, to see the size of all these wilds, and the wilderness, the temperature, the people." 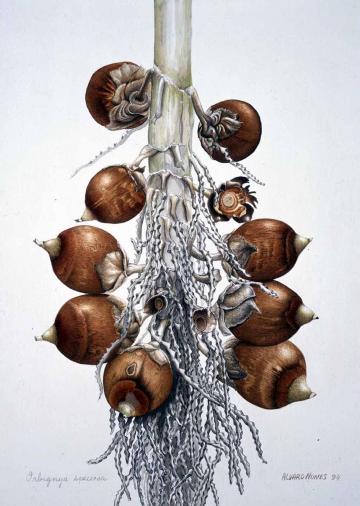 He said he had great admiration for Mee, an elderly woman who had been "so brave" to produce such beautiful illustrations under difficult conditions, and had also fought to raise awareness of deforestation of the Amazon.

"I could understand how she fell in love with it," he said.

Mee's works document in detail the plants of the region, with final paintings based on sketches made in the field, and in some cases set within a background of the rainforest.

Lynn Parker, curator of art and artefacts at Kew, said the art of botanical illustration had not been superseded by photography.

"You can show things like the fruit and flower in the same image, and you can have a leaf turned in a certain way. It's a way of showing a typical specimen."

Looking at one painting with a background of rainforest and trees standing deep in water, she added: "It gives a feeling you wouldn't get with a photograph, of the rain itself." 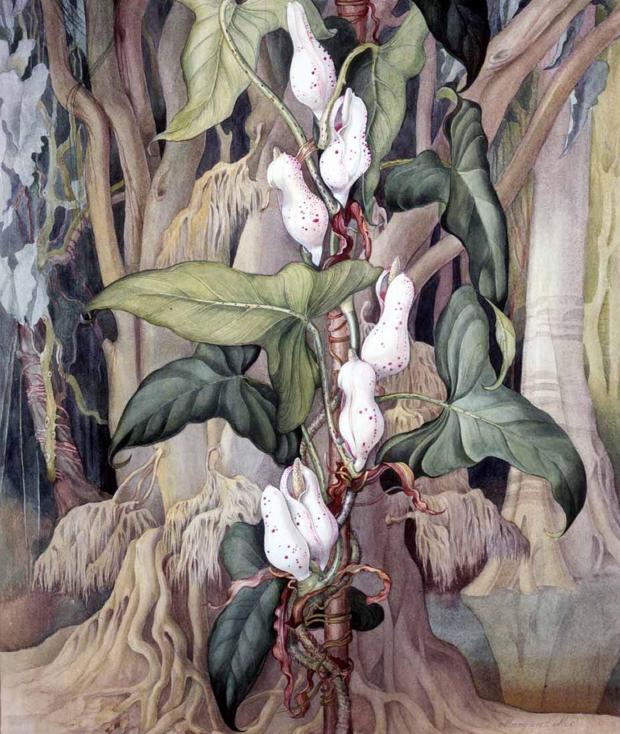