An offshore company allegedly used to forward €100,000 in kickbacks to the Prime Minister’s chief of staff, Keith Schembri, was struck off a company registry some months after it emerged Brian Tonna was its owner.

In a leaked e-mail acquired by German newspaper Süddeutsche Zeitung, Nexia BT’s Karl Cini asked in October 2016 for Willerby Trade to be struck off the British Virgin Islands’ company registry.

Mr Tonna’s ownership of Willerby was hidden behind nominees. The Panama Papers, published in April 2016, revealed that Mr Tonna, Nexia BT’s managing partner, owned both Willerby Trade and another BVI company called SPX Services, which Mr Cini also asked to be removed from the company register.

An investigation by the Maltese government’s anti-money-laundering agency deemed two payments totalling €100,000 made by Willerby to a Pilatus Bank account owned by Mr Schembri to be “suspicious”.

According to a leaked report by the Financial Intelligence Analysis Unit, the €100,000 payment to Mr Schembri should be investigated as a possible kickback from passport sales. Mr Schembri and Mr Tonna insist the €100,000 wired to the Pilatus account was the repayment of a loan Mr Schembri made to Mr Tonna.

Nexia BT has received over €1 million in government contracts since Labour won in 2013. It provides ‘specialised advisory services’ to the OPM on projects of national importance

According to international accounting standards, it is unethical and unprofessional for auditors to take loans from clients. No action is known to have been taken by the Accountancy Board, which regulates the profession.

Mr Tonna and Mr Cini have resigned from the Malta Institute of Accountants, which initiated disciplinary proceedings against them in the wake of the Panama Papers. The proceedings were stopped upon their resignations. Asked why his two BVI companies were struck off the register when it was revealed they belonged to him and if he was subjected to a tax audit, Mr Tonna replied: “I do not respond to questions about my private affairs. Nor, indeed, do I expect to be asked about them and I would ask you to refrain from doing so in the future. 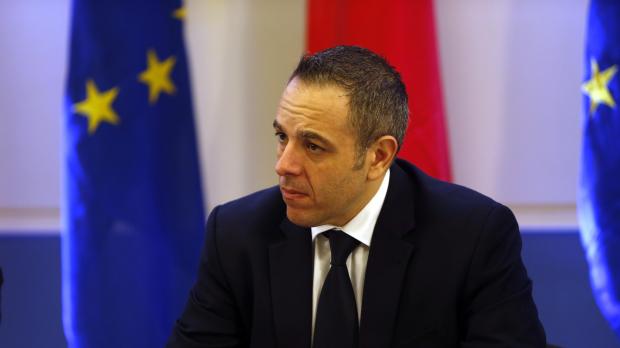 Nexia BT and its subsidiaries have received over €1 million in government contracts since Labour swept to power in March 2013. The firm provides “specialised advisory services” to the Office of the Prime Minister on all aspects of projects of national importance, including “assistance” in negotiation processes.

In the aforementioned October 2016 e-mail, Mr Cini asked for the Panama company Egrant to be struck off the register. Mr Cini wrote “some other clients also wish to have their companies struck off”, referring to Willerby Trade, SPX Services and Egrant.

Mr Tonna is on record saying he was the ultimate owner of Egrant Inc. Contacted by the Times of Malta and asked why he referred to multiple clients if all three companies were owned by Mr Tonna, Mr Cini said each company was treated as a separate client, as opposed to being grouped by beneficial owner, hence the choice of words.

“You are correct in stating that Brian Tonna is the ultimate beneficial owner of the three companies you refer to in your e-mail, namely Willerby Inc., SPX Services Ltd and Egrant Inc,” he said.

Journalist-blogger Daphne Caruana Galizia, who was killed in a car bombing last October, had published allegations linking Egrant’s ownership to the Prime Minister’s wife, a claim the Muscats have denied. A magisterial inquiry into the allegations is still under way. Apart from a transcript of two trust declarations published by Ms Caruana Galizia, no further evidence substantiating the claim has surfaced.