A group of car rental and auto dealership investors accused of a violent kidnapping last month feature in a drug smuggling and money laundering investigation.

The probe is looking into how cryptocurrency is being used to bring drugs, arms and even explosives into the country.

The purchases are believed to have been made using the dark web, a part of the internet that is not indexed by search engines as it is considered a hotbed of criminal activity.

Sources close to the investigation told Times of Malta that among those flagged in recent months were members of a group of five men who were last month accused of violently kidnapping a man in the back of a van.

The police suspect that illicit funds may have been laundered through a network of companies they own as well as those owned by their other known associates.

Their alleged victim, who had until recently worked for one of the accused, escaped and told the police he was allegedly beaten, warned he would have his fingers cut off and that his sister would be raped if he did not cooperate with his captors.

The accused all deny the charges. 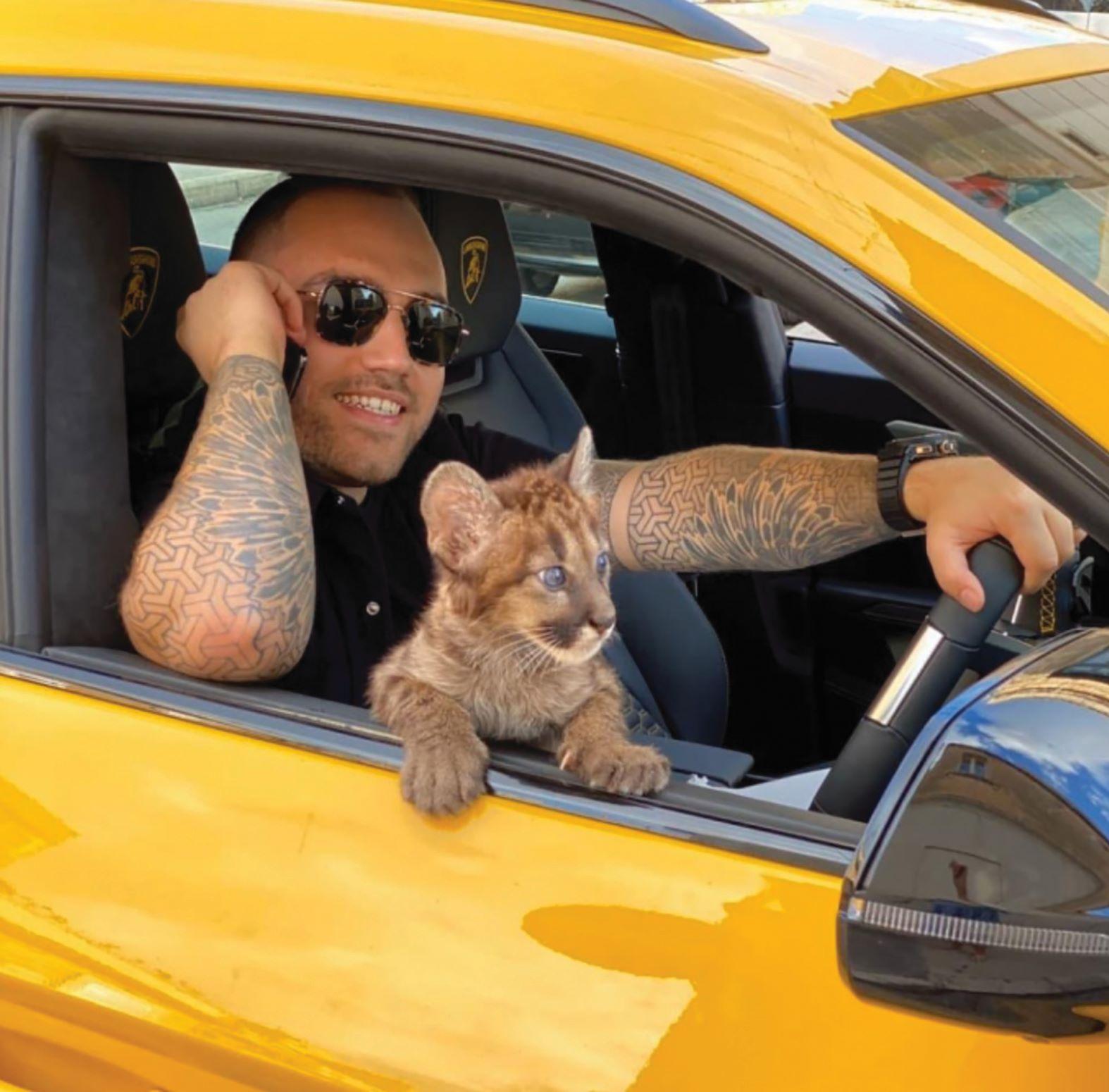 Christian Borg is seen inside one of his luxury cars with a large cat cub.

The sources said the narcotics and money laundering probe is looking into how auto-dealerships and other similar businesses may have been used to legitimise the proceeds of drug trafficking.

The sources told Times of Malta that Christian Borg and Mangion are both persons of interest in the investigation.

Investigators are also interested in their associate – Luke John Milton.

Milton was also believed to have been involved in the alleged kidnapping. However, he has not been charged.

The sources said Borg, Milton and Mangion are being investigated over a suspected organised criminal conspiracy to use cryptocurrency for illegal purchases on the dark web. The authorities suspect this is mostly linked to the smuggling of drugs but could potentially include arms or explosives. 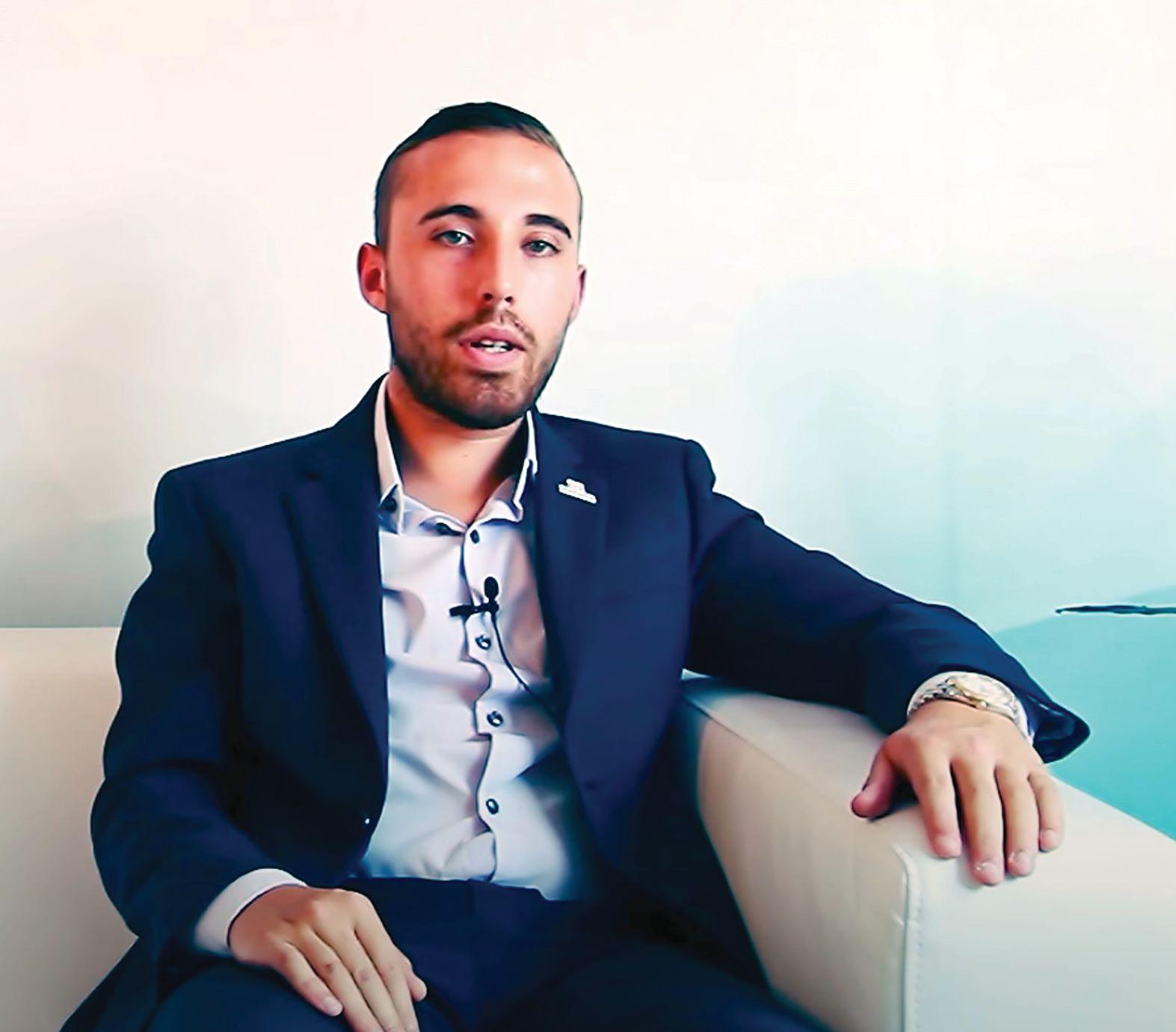 The investigation into the group dates to at least June 2021

The police have been investigating whether Milton could have enlisted the help of Jomic Calleja, a known trader of illicit goods on the dark web.

In 2020, Calleja was charged with allegedly trying to import C-4 explosives and polonium, a radioactive toxin known to have been used as a poison overseas.

The police believe an auto dealership business, which specialises in luxury and exotic cars, may have been used as a front to launder funds linked to the dark web purchases.

They identified Borg as the mastermind of the suspected laundering racket, the sources added.

This network of companies, which stretches from Malta to Cyprus, includes his local businesses No Deposit Cars Malta Ltd, Zing Rental and Zing Cabs.

Through these companies, he operates a franchise on Italian car rental outfit Sicily by Car.

Before that, Borg had also operated a rental service with Gold Car but the franchise holders reportedly severed ties with him, reopening locally with other investors.

Borg is also no stranger to the law courts. In 2015, he was found guilty of illegally changing the licence plates on cars used in his rental fleet.

A recidivist, he was last year also found guilty of perjury. 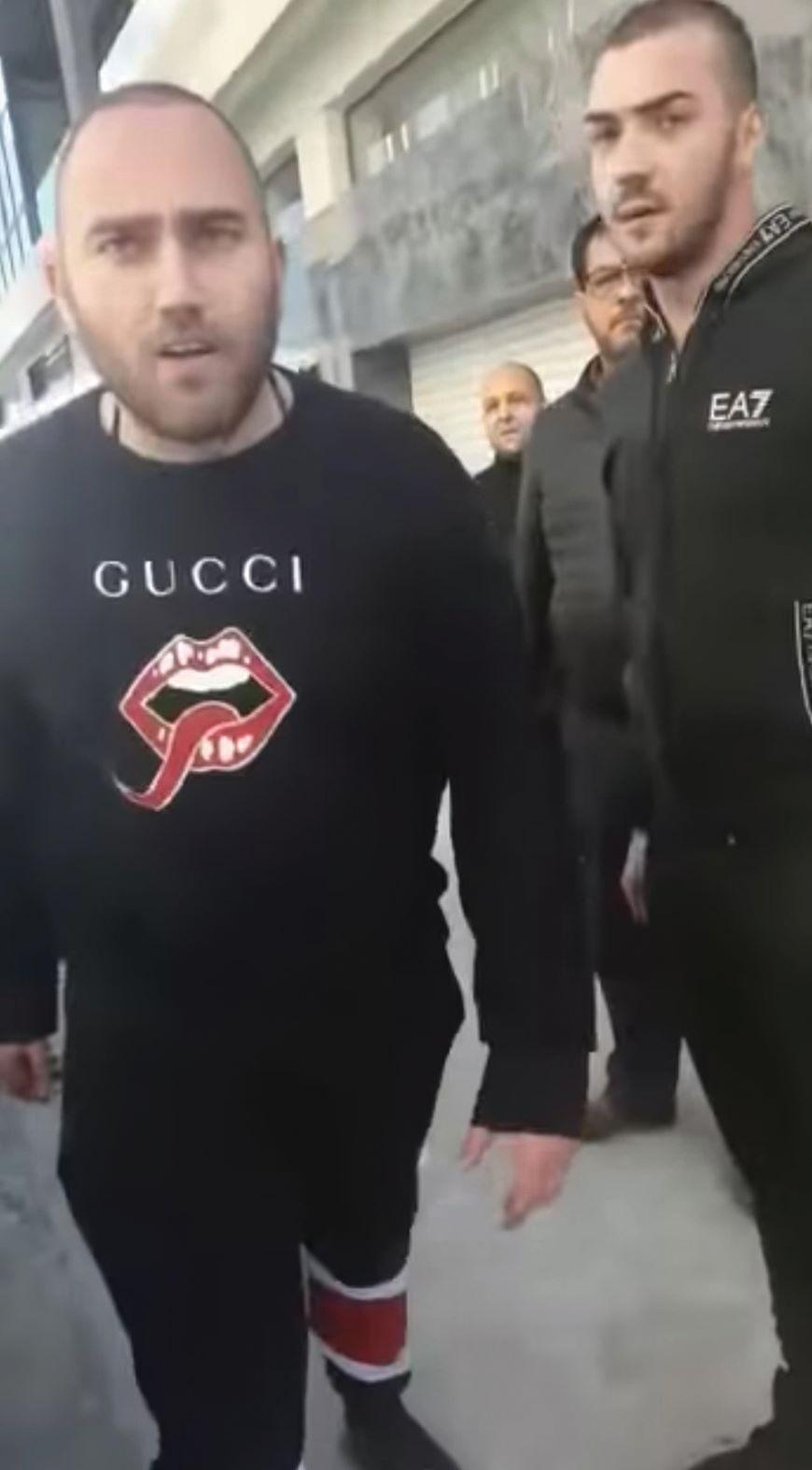 Christian Borg (left) and Luke John Milton in a still from a video in which two African men were assaulted.

Borg, who regularly flaunts exotic cars and big cats on social media, has also bragged on social media of a relationship with Prime Minister Robert Abela, claiming he had previously engaged him as a legal adviser.

His ties to the Labour Party may run even deeper. On his arraignment, Borg had Joe Camenzuli, until recently Labour’s official photographer, appear as guarantor for his bail request. 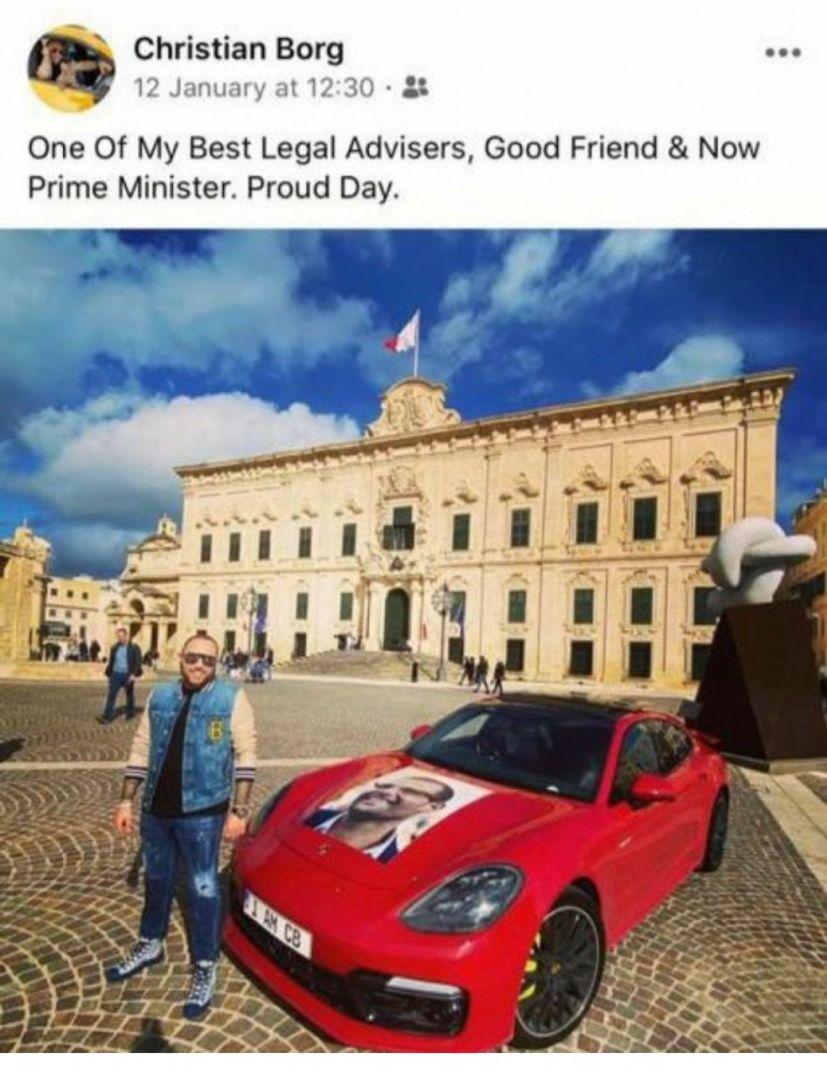 Camenzuli does not appear to have any official involvement in Borg’s companies.

However, MaltaToday on Sunday reported how he regularly shares their promotional material on social media.

Who is Luke John Milton?

Luke John Milton was until last summer a director in some of the companies run by Borg.

That changed when, in June 2021, Milton was arrested and charged with trying to steal some $700,000 in digital assets from a crypto wallet owned by a rival auto dealer.

Investigations linked to this alleged theft are understood to have played a major role in identifying the suspected narcotics trafficking.

Meanwhile, press reports last month exposed how both Borg and Milton had been caught on film assaulting two men on a roadside. The video, uploaded onto YouTube last year, shows two African men arguing with them over road access.

Although the man shooting the video keeps his calm, he is assaulted on film.

Milton is seen in the video brandishing a metal rod, making threatening gestures towards the two men.

Tyson Grech is also no stranger to the police.

In September 2021, he was found guilty of raping a young woman on their first date. He was sentenced to six years in prison but has appealed, insisting the sex was consensual.

He had previously also faced charges of being in a sexual relationship with a 16-year-old minor. Just last month, he was cleared of robbing two tourists in Paceville with an air pistol after the prosecution failed to present enough evidence.

MaltaToday reported on Sunday how Grech has a car rental business of his own and has business ties to Christian Borg through a Cyprus-based holding company the two are involved in.

Borg’s auto dealership has been flooded with negative reviews from angry customers who feel cheated.

MaltaToday reported how, despite making regular payments for a car, one customer was left high and dry for several months.

When the car was delivered it had mechanical problems and body damage.

Other customers complained of having their bank accounts frozen when disagreeing with the auto-dealers.

While customers have complained, however, the freezing orders and other penalties charges are all laid out in the contracts signed with the companies.

Times of Malta has separately received complaints about the car rental companies run by Borg and his associates.

Customers claim to have been “swindled” out of excess fees held over damages to rental cars with suspicions raised over how the damages were caused.